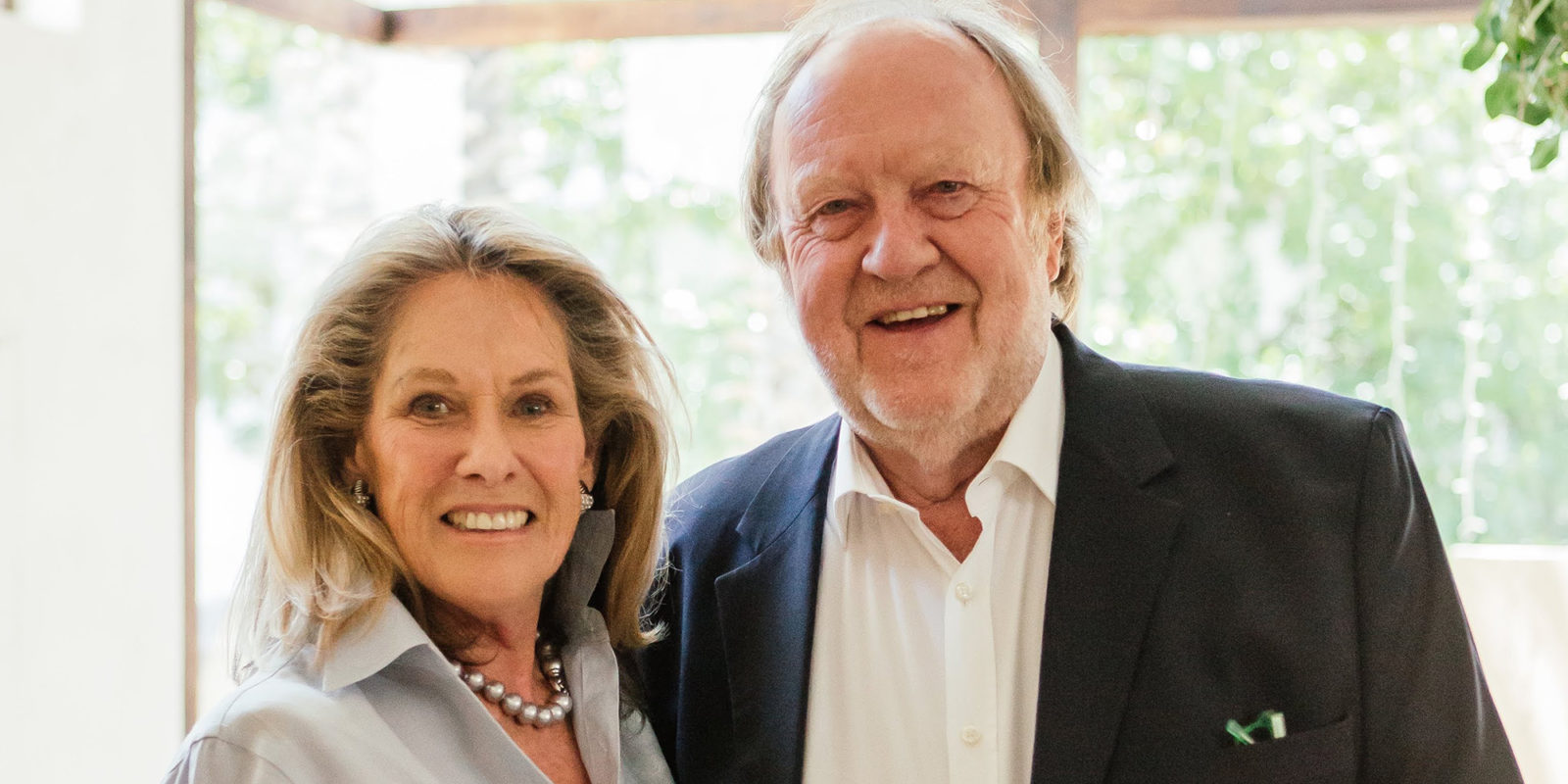 Jonathan Ball, the larger-than-life personality who ushered in a new era of publishing in South Africa under the imprint that bears his name, has died in Cape Town. He was 69.

Born in Johannesburg to John Arthur and Margaret Florence Ball on 22 May 1951, the sixth of their seven children, he was raised in the Catholic tradition, attended Highlands North High School for Boys, and completed his military service in the South African Air Force at Swartkops.

After leaving the service, Ball began his storied career with a position at Collier-Macmillan, where he worked with the legendary publisher Ad Donker, who exerted a significant influence on his professional trajectory (and whose own eponymous publishing house Ball would one day acquire, in one of history’s neat closing of loops). He then moved under the wing of David Mitchell as Macmillan’s sales director and spent four years earning his spurs in the books business across southern Africa.

In his 2015 retirement speech, Ball, given to winking humour that belied his success, mentioned Mitchell. “The only courses I ever got [beyond matric],” he said, “were starters, main courses and desserts, under David Mitchell at the old Trattoria Fiorentina in Braamfontein.”

In 1976, Ball left Macmillan, his conscience pricked by the company’s “kowtow[ing] to the apartheid regime”, and established the independent Jonathan Ball Publishers with the financial backing of his older brother, David. As Jonathan put it, “Soweto was inflamed and also quite literally in flames. The rand was falling, interest rates rocketing and South Africa was becoming increasingly isolated through sanctions. It seemed the ideal time to start a business”.

The governing policy he formulated for his new publishing house was straightforward, if a typically tall order: “To publish books about South Africa that enlighten and entertain. Books of a liberal sanity that pander to neither left nor right, nor to clever contemporary fashions in thinking”. The editor Alison Lowry — later to become CEO of Penguin Books South Africa — joined Ball, and together they opened one of the most significant chapters in South African publishing history.

In 1978, the first Jonathan Ball hit tumbled off the binding line: The Super-Afrikaners, an exposé of the Broederbond by Sunday Times journalists Ivor Wilkins and Hans Strydom. The book took South Africa by storm and set the pace at Ball’s fledgeling operation, where sacred cows regularly thereafter came to be slaughtered.

Inside story: Publishing the book that rocked the Afrikaner elite

The Super-Afrikaners earned Ball the ire of the apartheid establishment, starting a political trend that has dogged his imprint ever since.

“I have lived and published in a country under only two governments, neither of which have delighted me,” he said. “And so as publishers we have offered ‘nought for their comfort’.

“I have been bollocked by a Prime Minister in his office in Tuynhuys; summoned to appear before the Speaker of the House of another Prime Minister; had pre-dawn raids — a time at which I am never at my best — by the security police; been threatened and bullied by the office of a president; and been sued and pressurised by the corrupt.”

Alongside his groundbreaking work as a publisher, Ball also sought to build up the other half of his business, which is less well known but had as profound an impact on the South African books trade as the titles he brought out: the agency business.

Targeting publishers from the United States and the UK, Ball aimed to become the portal for international books arriving in South Africa, while simultaneously developing the market here for them. After fits and starts, he convinced the British imprint Weidenfeld & Nicolson to sign up to his service in the early 1980s, and today Jonathan Ball Publishers represents almost 70 international stables in South Africa.

“Jon was strategic about the business,” said Eugene Ashton, Ball’s successor at the publishing house as CEO. “He knew that you had to take the commercial gains to advance the cultural front. The agency business gave him the liberty to publish landmark books.

“He had a great sense of humour: when you did something that really amounted to just doing your job, he would quip, ‘thank you for your valuable contribution’ and chuckle to himself. But he would always try to anticipate where the business was going — he had an instinct for it, and was almost always right. He was one of the first to say print would survive the digital age — thrive, even.”

Part of the challenge of taking on other publisher’s lists is finding places to sell them, and Ball was aided in this regard by Philip Joseph, the founder of Exclusive Books, who “supported a young publisher with a dream,” as Ball put it, from the first. Their working relationship — their friendship — had a profound impact on South Africa’s publishing and bookselling landscape.

The two businesses grew in tandem, constructing a commercial infrastructure for books that had previously been lacking, and eventually becoming the anchor pole supporting a wider ecosystem of literary, publishing and bookselling enterprises in the country.

Working his local and international titles like an impresario, Ball innovated trade techniques that today seem commonplace. “Jonathan was an author’s publisher,” said Anika Ebrahim, who was head of publicity at the publishing house for several years.

“He understood the value of author book tours, for example. In the very early years when no other publisher was doing it, he foresaw that bringing authors out to South Africa and putting them in front of readers, booksellers and the media could do wonders for building their profile, and translate to better book sales.”

“He was adored by authors, from the late greats Jackie Collins and Maeve Binchy to Richard Ford, John Connolly, Ian Rankin, Alexandra Fuller and Antony Beevor, among many others.”

Ball also launched the careers of many South African writers, including that of the double Alan Paton Award winner Jonny Steinberg. Steinberg recalled Ball’s key intervention, after his rocky start with the book that would become the bestseller Midlands: “Writing my first book was a harrowing and difficult experience. I sent it to another publisher, who told me that it would sell no more than 200-300 copies and that I should try something else.

“Then this passionate, eccentric man swooped into my life and took up the book with all the strange energy that he had, made it a bestseller and changed my life. You couldn’t possibly ask for more as a young, insecurity-ridden author just starting out.

“His character was all over his work.”

Jeremy Boraine, who took over as publishing director from Ball upon his retirement, said of this work, “I tilled the publishing soils alongside Jonathan for almost 15 years and it was an education like no other. Exciting, a bit chaotic, often hilariously funny and occasionally terrifying. Jonathan encouraged independent thought and bold publishing, and gave one almost total freedom.”

(The risk-taking and creative freedom Boraine refers to was evident to the author of this obituary from the first time I encountered Jonathan Ball, at the Cape Town Book Fair in 2006. Then and since, whenever I’ve brought forward an idea for promoting books and books culture in South Africa, it has received his business’s unflagging support.)

In 1988, Ball began courting Pam Carlin, marrying her 10 years later, and in the process becoming a father figure, not just to authors around the world, but also to her three children, who had lost their own father to cancer some years earlier.

“What made Jonathan stand out was his integrity and honesty,” said his stepdaughter Belinda Bowling. “He stood by his values and his beliefs to the last. Whatever life threw at him, he took on bullishly and with extreme courage — including rebellious and sulky teenagers who gave him hell when he started seeing Mum.”

Pam Ball died in 2018, an event that dealt Jonathan a terrible blow. Still, he remained Publisher at Large for the business he founded until failing health forced him to vacate his offices once and for all.

“Typically for Jonathan, he said his great happiness from dying was that he would never have to hear about the ANC again,” said Bowling.

Ball was a man who was known to go to extremes: a bon vivant publisher in the classic mould, whose favourite pastime was holding court at a well-appointed table; and also a publisher who broke all moulds in his industry, always working, in his words, “at the frontier”.

His influence on South African culture and letters counts as a formidable legacy indeed.

Jonathan Augustus Benjamin Ball died of cancer on 3 April 2021, his three stepchildren, Belinda, Jamie and Jono at his side. He is survived by them and his two grandchildren, Christopher and Emily-Rose. DM

Ben Williams is a Daily Maverick columnist and publisher of The Johannesburg Review of Books.