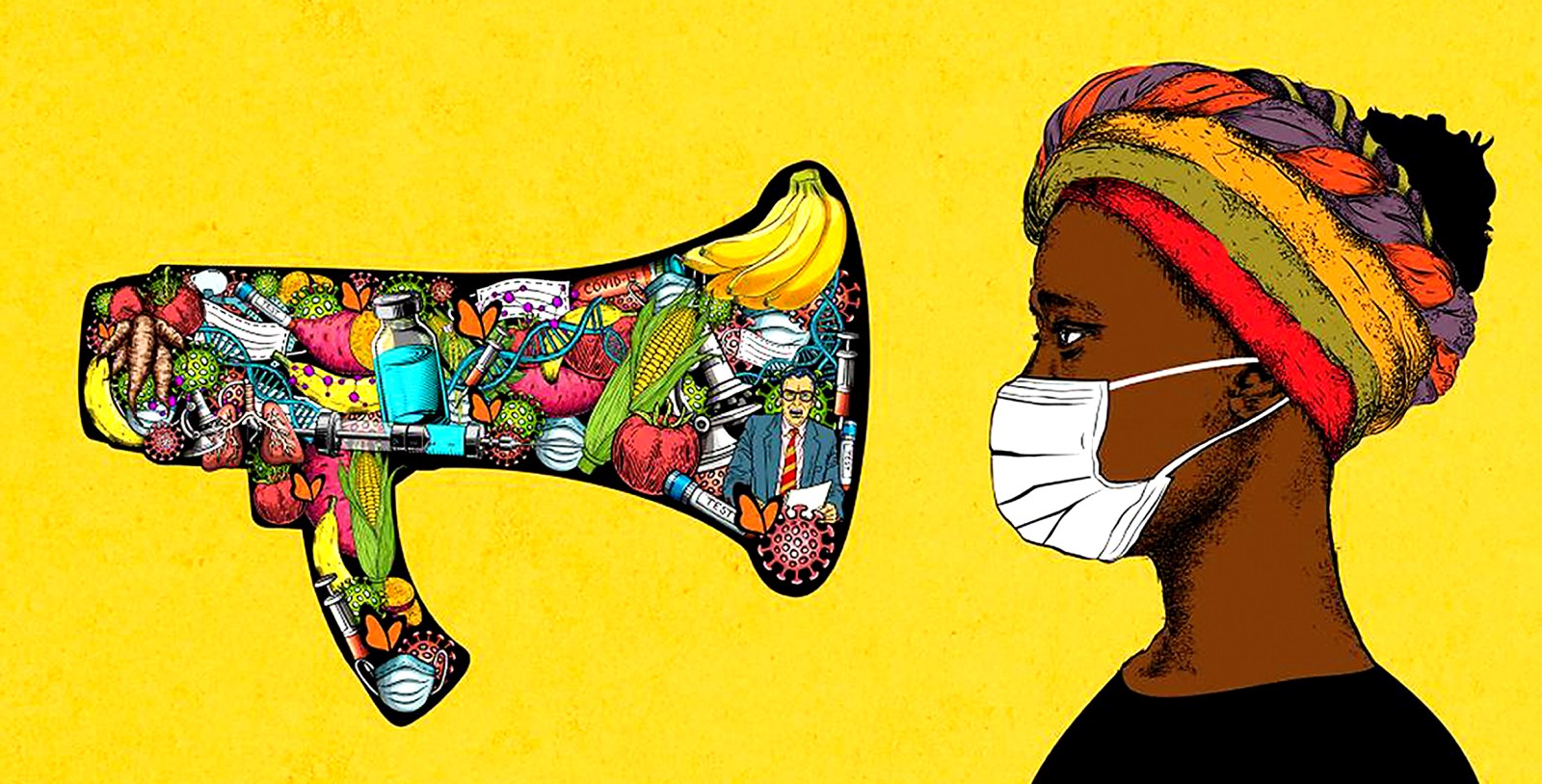 As the Covid-19 pandemic continues to wreak havoc in South Africa, those who seek to cause confusion, chaos, and public harm have powerful tools of mis- and disinformation to do just that. This week, we look at a big event on social media and see how some sought to shift the narrative to suit their own ends.

Through the Real411 platform, Media Monitoring Africa has been tracking disinformation trends on digital platforms since the end of March 2020. It was a big news week last week: the ANC’s National Executive Committee (NEC) decisions were made public after a bruising meeting, we had another “family meeting” before the Easter break, the SABC retrenchments were announced and Noxolo Grootboom delivered her last news bulletin for SABC after 37 years. Each of these events was the subject of disinformation.

In relation to the NEC meeting, perhaps the most blatant form of disinformation came from Independent Online (IOL), with the story headlined, “Exclusive: Rupert gives Ramaphosa ultimatum”. Single-sourced stories are always a red flag when it comes to stories like these. Aside from stating that the source is “highly placed in the Ramaphosa camp”, nothing else was shared as to what steps, if any, were taken to verify the allegations. It’s shoddy journalism at best and even shoddier disinformation. The story offers no other evidence to corroborate any of the claims it contains and instead yields to the agenda of whoever fed it to the publication. Some of those who push disinformation about Covid-19, for example, link it to pseudo-science, or they misinterpret it. The IOL story offers nothing. It is said that the job of journalists isn’t to quote one person saying it’s raining and another who says it isn’t, it is to go outside and see whether it actually is raining. The IOL story doesn’t even seek to offer an opposing view.

Those who are on Twitter will know that one way of seeing what is going on is to look at the trending topics. Often these relate to whatever popular TV show or sports event is on at the time. The trends aren’t really any indication of what people are interested in or talking about, as they can be easily manipulated by influencers and paid-for campaigns. Of course, sometimes they do offer insights and can open windows on to new areas, or they might be about something that resonates with the public.

The SABC retrenchments and the retirement of Noxolo Grootboom were announced on 30 March. As soon as the #SABC retrenchments started to trend, we saw some of the common behaviours, where small businesses, for example, use the hashtags to promote their services and get them seen, even though roofing, or a young person wanting more followers have no relevance to the SABC or retrenchments. Other people, in particular some of those coordinating the #putsouthafricafirst group, sought to capture the anger, hurt and sadness that accompanies retrenchments and use it to feed their own agenda. One of the key drivers, “Lerato Pillay”, had this to say:

Their strategy is clear: seek to show they are on the same side, feeling for those who have been retrenched, then provide a convenient scapegoat – Zimbabweans, who, they say, make up 40% of the workforce at the SABC. There is no evidence or any statistics to suggest that “more than 40% of the workforce” at the SABC are foreigners. The purpose of the post isn’t to offer logical evidence-based arguments, but rather to anger people and imply foreigners receive preferential treatment. One of the targets for the xenophobia soon became news anchor Peter Ndoro. There was an effort to get the hashtag #retrenchPeterNdoro to trend.

We then saw some of the usual openly xenophobic stereotypes being peddled, about foreigners being the ones stealing jobs and committing crimes.

Then it backfired. There were many people who used the same hashtag to rubbish the claims and oppose the anger and xenophobia. Some prominent people like Redi Tlhabi offered a strong counter.

Hi @peterndoro ..beyond "hello" we have never spoken. So forgive my intrusion but I feel like wagging my finger at you and telling you to NEVER ever let piercing words matter more than kind, soothing words. For every person who attacks you, many more lift you up. Don't waver!

What’s interesting is how those behind the campaign sought to apply their own agenda, tap into the anger and use it to bolster their own xenophobia – except, aside from a few accounts, it didn’t seem to work. It might be that they didn’t put in sufficient resources and pay their trolls to get it trending, or it just didn’t resonate. But it is a good example of how a counter-narrative slowed and showed up the duplicity.

Fam, yall are waaay out of line. #RetrenchPeterNdoro for what????!
While you all are busy celebrating South Africans who are doing well for themselves overseas. Anikahleni. pic.twitter.com/dp9MMxX1tw

#RetrenchPeterNdoro My black brother Peter Ndoro is here to stay, there is nothing nyaope addicts will do pic.twitter.com/FEhgo9z1YB

Grootboom’s last news bulletin was considered so important that President Cyril Ramaphosa delayed the “family meeting” by 30 minutes so that people could watch it. There were many comments and tributes and moving posts. This one shows her leaving:

A farewell fit for a queen. 👏🏾🙌🏾♥️
We are blessed to have lived in a time of giants 🍃#NoxoloGrootboomDay #NoxoloGrootboom #History pic.twitter.com/lNelOMQYIh

The next day was April Fools’ Day, and eNCA seemed to think it was a good idea to post this:

Veteran news anchor, Noxolo Grootboom is joining eNCA. The anchor, who retired from the public broadcaster after 37 years, will form part of our new anchor line-up. Grootboom delivered her final broadcast on the SABC's isiXhosa news on Tuesday night. Courtesy #DStv403 pic.twitter.com/5C6eoF8AiL

About three hours later they admitted it was a prank.

Humour should be welcomed in times of stress and heightened tension. The problem though is that at a time where media trust and credibility are essential for our democracy, putting out a tweet that seeks to deceive the public, even though it is relatively harmless, undermines trust and credibility. What makes it concerning is that the “joke” played on the feelings of goodwill that were shown. Like the “put South Africa first” members who sought to use a hashtag for their purposes by linking it to people’s emotions, or personalising it against Ndoro, the eNCA joke has used the same playbook. It was an innocent joke, fair enough, and many, including one of the authors, initially believed it, but at a time when we are asking people to be sceptical about media and to go to credible media as trusted sources, is it responsible for them to be deceiving their audiences, even if just for humour? DM

Remember, if you come across content on social media that could potentially be disinformation, report it to Real411. To make it even more simple, download the Real411 mobile app