The poisoned chalice: The Bafana blame game may need to play out beyond axed coach Molefi Ntseki 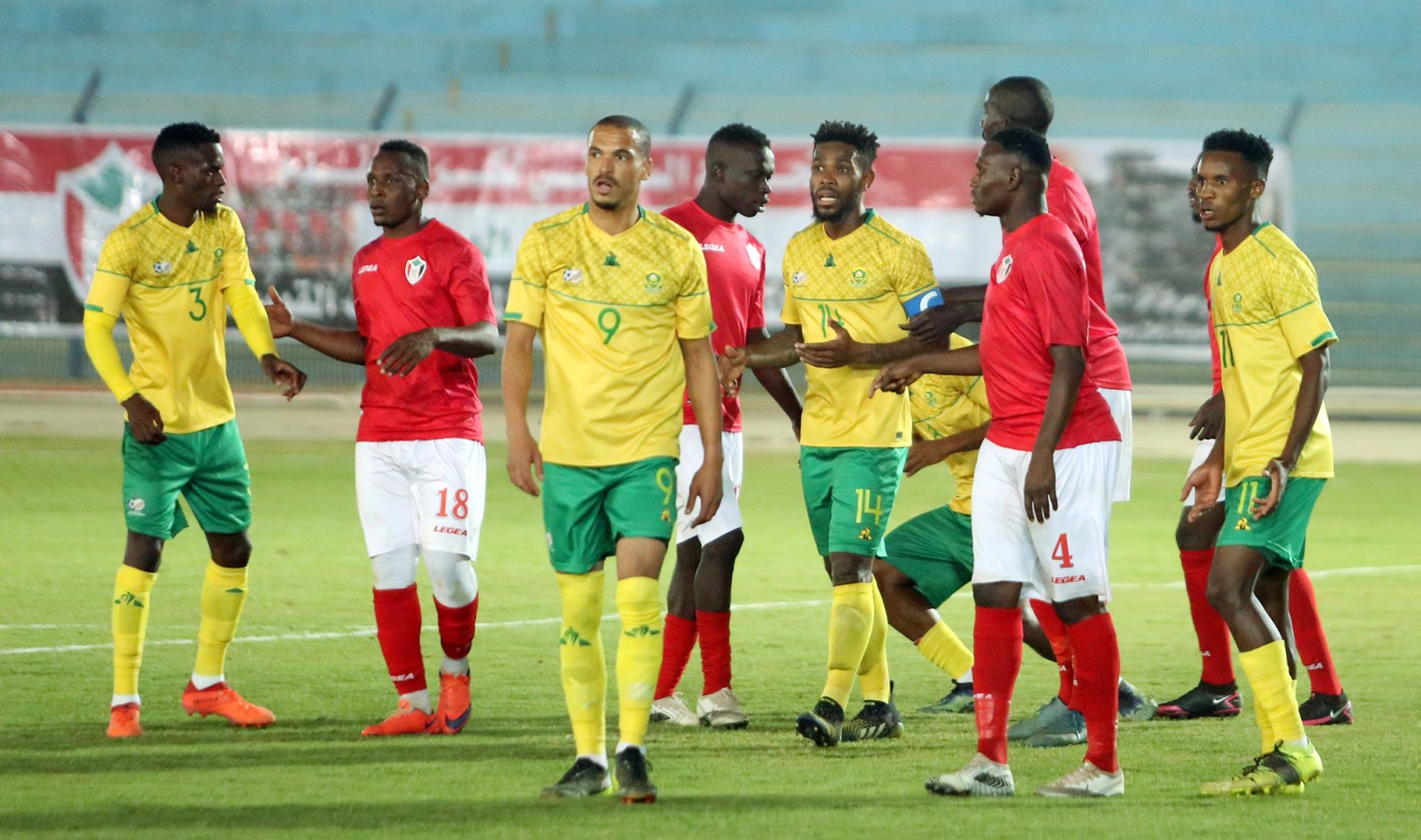 The 2021 Africa Cup of Nations qualifier between Sudan and South Africa at Al-Hilal Stadium, Omdurman, Sudan, on 28 March. (Photo: BackpagePix)

As expected, coach Molefi Ntseki was forced to fall on his sword after South Africa failed to qualify for the African Cup of Nations. But is he really the one to blame? Or is he just a victim of circumstance?

South Africa’s footballing community has once again hit an all-time low with Bafana Bafana failing to qualify for next year’s Africa Cup of Nations in Cameroon.

As has been the case with the national team’s past failures, the coach is the one who has been forced to exit by his employers, the South African Football Association (Safa).

On Wednesday, Ntseki was relieved of his duties as national team head coach by Safa. With one of his minimum mandates being to qualify for the continental showpiece that takes place next year, the association felt it was well within its rights to dismiss the 51-year-old after just under two years in charge.

But where else should the fingers of guilt point, when a country with some of the best resources on the continent – structural and financial – fails to qualify for a tournament that in 2019 was extended to include eight competing nations more than in previous editions?

Should they be directed towards the players, whom Ntseki trusted to fulfil the aforementioned mandate?

Granted, at the final hurdle the coach had to shuffle his deck because some of his preferred players either missed out, having been blocked for reporting for national duty by the clubs, who cited the current Covid-19 climate as a reason for their refusal.

Some preferred players also missed out because of injuries.

Still, the players who were chosen were deemed good enough by Ntseki and his technical team to don the colours of the national team.

In the final two games of the group – Bafana needed to win their final fixture against Sudan at all costs – those players did not step up.

Against a Ghana side also missing some key players after their teams refused to travel to South Africa, they managed a draw.

When it counted the most, away to Sudan in the final fixture, Ntseki’s chosen soldiers were not efficient, missing chance after chance as the Falcons saw off Bafana with a comfortable score of 2-0.

Or maybe the finger should point at Safa, which has overseen this period of regression by the national team.

It is now the fourth time in 11 years that Bafana will miss the biennial continental showpiece. Previously, they failed to qualify in 2010, 2012 and 2017.

Furthermore, they have failed to qualify for the Fifa World Cup in the traditional manner since the 2002 edition.

Safa played a role in bringing the 2010 World Cup to South Africa, but that success was the achievement of juggling many moving parts, which included national government and the private sector.

Admittedly, women’s football in the country has made steady progress, including the qualification of Banyana Banyana for their first-ever World Cup in 2019.

Still, a Bafana side with visibly increased resources, and more finances channelled to them than the women’s team, has taken one step forward and five steps back in the past two decades.

Safa CEO Tebogo Motlanthe says that, despite this most recent failure, the current leadership is doing its best.

Asked whether the Safa hierarchy should not follow Ntseki out to the door, Motlanthe said that, if by the time the next elections come in 2022, they are deemed to have failed, they will be voted out. But for now they are elected officials and cannot simply abdicate from their positions.

“The aim was always to qualify. We have apologised; we own up and as the association say we have failed the nation. You don’t apologise if you don’t take the blame,” said Motlanthe at a press conference earlier this week

“So, the national executive committee, when they sent me here, they took the blame and said we need to apologise to the nation. We know what it does emotionally to the nation,” added Motlanthe.

“Remember that 2022 is the new election. So, those who are elected may come with another policy.”

The policy framework that the chief executive alludes to is called Vision 2022 and it is focused on improving the performance of South Africa’s national teams.

Under the policy, which was conceptualised in 2012, Safa says it has its sights on a long-term development plan to achieve the goal of always being in the top three of the African rankings – and in the top 20 of the World rankings.

The policy aims to see the junior teams competing at international tournaments, which has more or less been achieved. The progress and growth of women’s football has also been steady, with the creation of a long-awaited women’s league.

But in relation to Bafana, who were expected to consistently qualify for the Afcon tournaments and progress beyond the group stages at the 2022 World Cup, the vision has been blurred significantly.

Motlanthe again defended the association in this regard.

“It is under Vision 2022 this senior national team went to Egypt [in 2019] and participated in that Afcon. They did well in that Afcon, even though we did not win that Afcon,” stated the CEO.

“We were looking to build on it. Yes, of course, it is a setback in terms of Vision 2022. But let us not just isolate this [failure]. When time comes to say these are results of Vision 2022, of course it will have its failures, and this will be one of the failures.”

“I can’t see not qualifying for tournaments. We should always be in, like the Tunisians and Moroccans, who are always in the semifinals of Afcon. Or like Ghana,” said Williams. “We’ve got all the infrastructure in our country. For me, one thing tells me, it must be coming from the top.”

Safa now has the task of trying to find a replacement for Ntseki in time for the commencement of the World Cup qualifiers.

The qualifiers start in June 2021, and Safa will be hoping to find a suitable candidate who will give them a fighting chance to be one of the five nations to represent Africa in Qatar.

Motlanthe said that, the association’s finances being sound, they are in the market for the best available coach. Whoever they appoint is unlikely to stem the downward spiral that Bafana are on unless there are structural changes to complement solid coaching. DM168