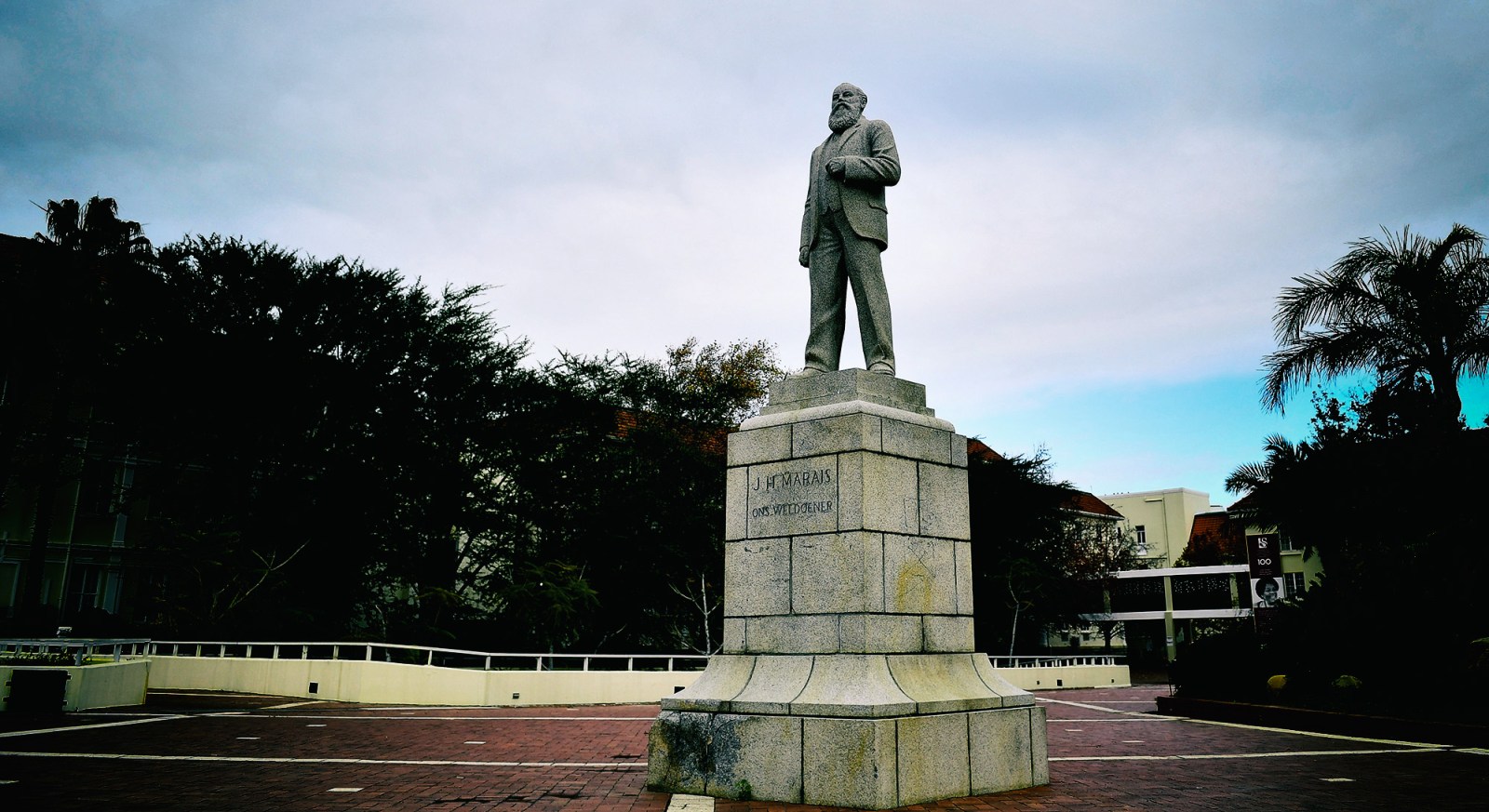 The South African Human Rights Commission has initiated an investigation into allegations that students were prohibited from speaking Afrikaans during welcoming programmes and in informal settings. (Photo: Gallo Images / Ashley Vlotman)

Since March, Stellenbosch University’s language policy has been under the media’s gaze after misuse and deviation from it have been brought to the fore. At the centre of the debate are two conflicting constitutional rights, and the need for transformation.

When Izel Schoeman — a first-year student living in Nerina Residence at Stellenbosch University — was told to use a “language of inclusion” during welcoming season, it meant that she would at times not be able to use her home language, Afrikaans.

“I understand that [the residence’s leaders] are coming from a place of mutual respect: to speak a common language to include everyone,” Schoeman said.

This is common across residences, particularly in formal settings such as house meetings, and is in line with the university’s language policy, in section 7.2.5, which calls for language use that is inclusive to all participating in any formal activities in their living environments.

The same policy has recently come under fire after incidents in the Minerva and Irene residences, in which students were allegedly prohibited from speaking Afrikaans during welcoming programmes and in informal settings.

At least three more incidents prohibiting the use of Afrikaans have since come to light.

Now the South African Human Rights Commission has initiated an investigation into the allegations.

This is alongside the university’s formal investigation into the incidents via an external body, Professor Deresh Ramjugernath, the deputy vice-chancellor for learning and teaching at the university, told Daily Maverick.

These come as the university’s language policy is in its year of review, and is open for public comment, running from 20 March until 12 April. The Pan South African Language Board (PanSLAB) is observing the review process.

The policy in question intends to cultivate multilingualism while providing access to quality education for the university’s student cohort. It aims to give effect to section 29(2) of the South African Constitution and the Language Policy Framework for Public Higher Education Institutions (2020), but remains under scrutiny for subjecting Afrikaans to demand and resources.

In an opinion editorial published in early April, the vice-chancellor and rector, Wim de Villiers, said that 37.7% of undergraduates indicated Afrikaans as their home language, of which 49.2% opted to be taught in English in 2021.

Not the first time

In 2015, the student pressure group Open Stellenbosch argued that African students at the university were being academically excluded as a result of the then 2014 policy, which stipulated that undergraduate tuition be 50% Afrikaans and 50% English.

A new policy in 2016 allowed for the three different tuition specifications, but saw the Afrikaans lobby group, Gelyke Kanse, taking the university to the Western Cape High Court in 2017, and the Constitutional Court in 2019, asserting that it was unconstitutional. The courts found the policy constitutional.

This time, the debate was sparked surrounding informal residence spaces.

The first incident occurred at Minerva residence when first-year students were allegedly told that they were not allowed to speak Afrikaans during their welcoming programme, including in settings such as hallways and bathrooms.

Ramjugernath said the university immediately took the first allegation seriously. He told Daily Maverick that after the university’s centre for student communities investigated the matter, it seemed to be an isolated incident.

“We then ensured that we spoke with the student leadership and got them educated in terms of the language policy and its interpretation,” he said. “It was clearly an incorrect interpretation.”

In late March, the senate also approved a deviation from the language policy for the first semester of 2021, allowing for lecturers to make new learning material available in English alone, due to pressures owing to online learning. This is “the final nail to the coffin,” said Tian Alberts, founder of a newly formed organisation, StudentePlein, that has been at the picketing fence representing students who were prohibited from speaking Afrikaans.

According to Alberts and his colleague Frederik van Dyk, their gripe is not with the English language, but that there is seemingly a blanket ban on anything but English.

“…It boils down to a fundamental disrespect for a particular language community’s experience and knowledge creation,” Van Dyk said.

Van Dyk and Alberts said that all the infrastructure and materials exist to allow for mother-tongue education for Afrikaans speakers at the university. “It’s a switch that has just been switched off that can be flipped on again.”

Alberts’ group — representing about 60 students — along with other Afrikaans lobby groups like the DAK Netwerk who called for a protest against deviance from Afrikaans as a primary language of tuition, have taken a stance accompanied by a notable political stir.

The Democratic Alliance (DA), which labelled the university as “anti-Afrikaans”, also launched a petition calling for Afrikaans to be seen as equal to English.

In his editorial, De Villiers singled out the political attention, asking, “…are we dealing with opportunism for political gain?” and emphasised that the university’s primary focus of language is as a medium of instruction before the promotion of any particular language. He pointed out that the university is doing more for and in the language than others.

Ntombentle Huluhulu, spokesperson for PanSALB, cautioned against alienating any language group “lest we falter in our quest to fully realise the founding principles of our Constitution and in promoting social cohesion and nation-building towards advancement of our democratic gains.”

But two parts of the constitution are relevant in the debate.

First, that all South African citizens have the right to access educational institutions that are good, historically well-resourced and functional, like Stellenbosch University. Another is the right to mother-tongue tuition.

A language policy can violate constitutional rights even if one gets mother-tongue education, but denies access to another, said one academic from the university’s faculty of arts and social sciences. The staff member did not want to implicate her department.

“The problem with constitutional rights is that they are not given precedence over one another. They are given in a list as if they are all equally valid,” she said.

It comes down to a balancing act between the two, she said.

“Except, one group has enjoyed linguistic privilege all along,” she pointed out, adding that other African mother-tongue speakers are asking to be taught in their second or third language.

Policy changes are happening because the university has students with conflicting needs and with very different linguistic repertoires.

“We have to ensure that the university transforms and part of that is meeting the new communicative needs of our new students.”

According to another staff member, the recent debate “lacks the guts to be fully South African”. She asked to remain anonymous because “identifying yourself often makes you a target of those who are seeking out a language battle in the media.”

Multilingualism calls for compromise and is dependent on relational factors — not policy, she said.

The debate had not filtered down to any students Daily Maverick spoke to. An Afrikaans-speaking law student, who wished to stay anonymous, said that students on the ground aren’t perturbed by the debate as it is playing out in the media.

The only way she knew about the ongoing debate was by reading about it, she added. DM