Rolling with the punches: To survive in a bio-bubble, sports teams will need to think outside the box 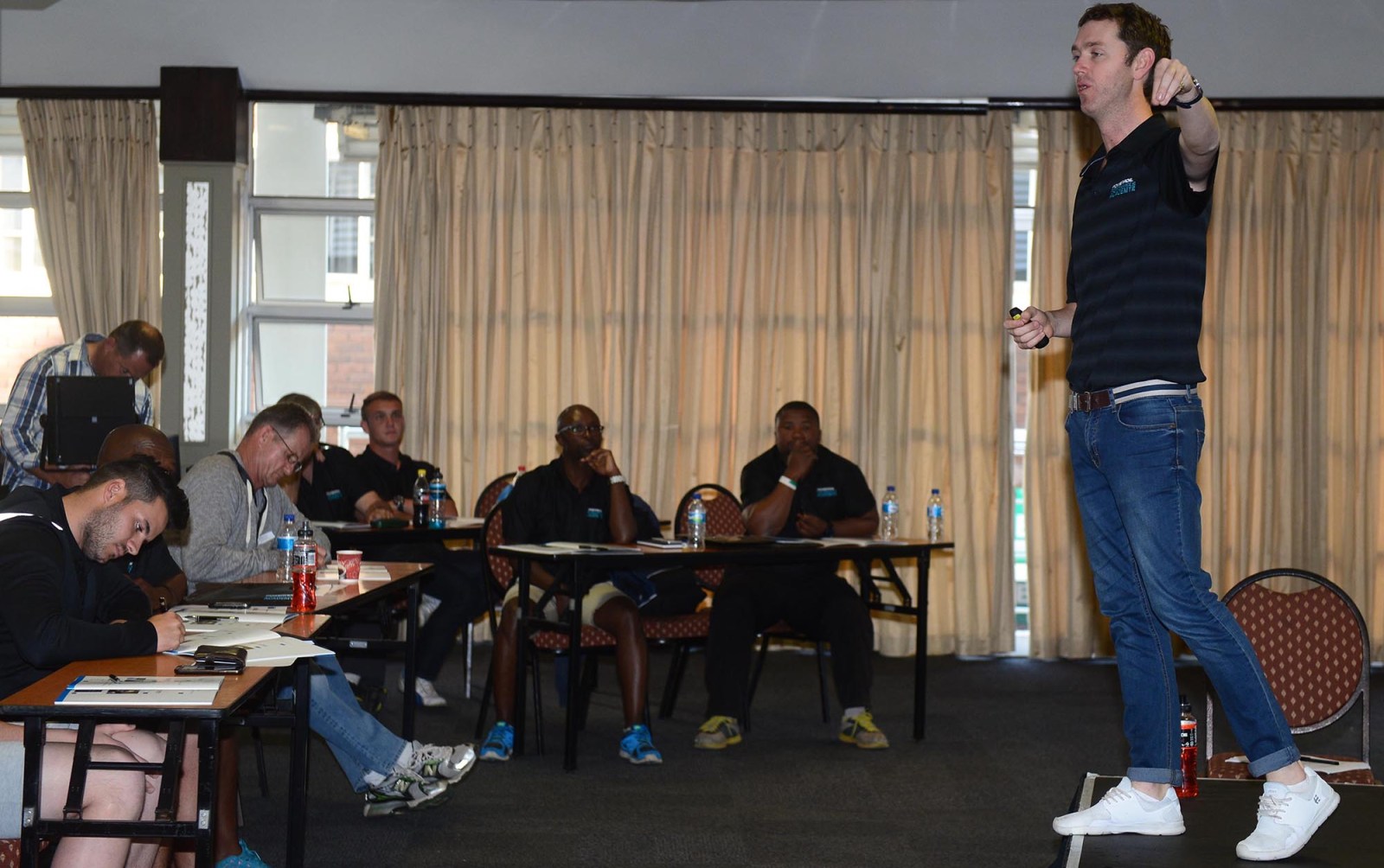 Tom Dawson-Squibb has a background in organisational psychology and is the head coach for the University of Cape Town as well as the leadership and performance coach for the Stormers. (Photo: Lefty Shivambu / Gallo Images)

South African players are headed into bio-bubbles for months for the British & Irish Lions series and the Rainbow Cup. Will they cope, both physically and mentally?

More and more events are being staged in bio-bubbles as governments and sporting authorities look to limit the impact of Covid-19. The Varsity Cup and Varsity Shield tournaments will commence this week in a secure environment located in and around the University of Pretoria.

Similar restrictions are expected when the top South African rugby franchises travel north to compete in the Pro14 Rainbow Cup in May. What’s more, the marquee rugby series featuring the Springboks and the British & Irish Lions may also play out in a bubble.

Athletes around the world have spoken out about the challenge of isolation and its inevitable effect on performance. Last month, in an interview with DM168, South African fast bowler Dale Steyn revealed why he had opted against travelling for the next edition of the Indian Premier League (IPL).

“My last IPL experience wasn’t my favourite,” he said. “Being in a bubble for so long … I came away from the experience very unhappy. A few months ago, I was considering whether it was worth playing cricket anymore. I didn’t want to go into quarantine before and after travelling to another country.”

Cricket bosses have tried to manage the problem by limiting the time a player spends on a lengthy tour to a foreign country. England employed a rotation policy on their tour to India, with some players granted permission to leave after a certain period.

Local India players have also felt the strain. Captain Virat Kohli recently called for schedules to accommodate the needs of players, some of whom travel from bubble to bubble. Kohli himself will go into another bubble when he participates in the IPL this month.

Much concern has been expressed about how this may affect behaviour both on and off the pitch. If rugby players, for example, feel trapped inside a bubble, are they more likely to vent their frustrations in a competitive environment? Are they more likely to cross the line and concede penalties as well as yellow and red cards?

“A card or a loss is not the worst-case scenario,” says Tom Dawson-Squibb, a respected figure in the rugby community who has a background in organisational psychology. “If a player becomes affected to the point where he isn’t able to compete … that’s the worst-case scenario. That’s something we have to keep an eye on.”

Dawson-Squibb is the head coach for the University of Cape Town as well as the leadership and performance coach for the Stormers. The insights he acquires from living in the respective Varsity Cup bubbles will be shared with the Stormers ahead of their journey to the northern hemisphere.

The Rainbow Cup is also expected to be staged in a restricted environment.

The big local tournaments – Super Rugby Unlocked, the Currie Cup and the Preparation Series – were staged behind closed doors. Those competitions were not held in bio-bubbles, as players were given leave to return home after training and matches.

“I’ve spoken to a lot of cricket people about bio-bubbles,” says Dawson-Squibb. “One coach told me that he and his players were forced to spend the full period of quarantine in their hotel rooms.

“He eventually developed a system. He split up his room into areas that served a specific purpose. The bed was for sleeping – not for eating or watching TV. The desk for working and the spare chair for eating his meals. He had to try [to] separate everything so that he could keep his mind focused on specific tasks.”

The Bulls have generated some momentum by winning the Super Rugby Unlocked and Currie Cup tournaments. Senior players such as captain Duane Vermeulen have credited the management, and high performance coach Henning Gericke in particular, for the systems that have been put in place.

Gericke was a South African athletics star in his youth and went on to forge a successful career as a clinical psychologist. He has worked with the Proteas and Bafana Bafana, and was on the Springbok coaching staff when the team won the World Cup in 2007.

While the Bulls have taken significant mental strides over the past few months, they are not, according to Gericke, where they need to be just yet. The coming tour to Europe – which may begin with a clash against Leinster in Dublin – will require a shift in mindset.

“It’s not about me telling the players how to handle it,” Gericke says. “I want to hear ideas from them; how are they going to make the most of this situation? Through that process, they will start to think about the challenge and own it. Ultimately, we want the energy and response to come from the group.”

Gericke acknowledges that the team will require guidance as they navigate their way through uncharted and potentially dangerous mental waters.

“You don’t want to scare players and use language like ‘obstacles’ and ‘bubbles’. We have to start coming up with solutions and even our own language for success. That said, it’s encouraging to think that Argentina spent several weeks in isolation last year before beating the All Blacks in the Rugby Championship.”

There’s been a suggestion that bio-bubbles could provide coaches with a more extensive opportunity to work with their players.

Dawson-Squibb, however, cautions against this approach. “The dangerous thing about lockdowns and bubbles is the eradication of ‘down time’. When we go to Stormers camps, head coach John Dobson always makes sure that the players have periods of free time. There has to be a separation between work and play.”

Every player will respond to this challenge in a different way. Mental health specialists such as Dawson-Squibb and Gericke admit that individuals must be prepared to roll with the punches.

“You have to be honest with yourself every day in this situation,” says Dawson-Squibb. “You will have good days and you will have bad days. There’s no point trying to convince yourself that you will come through this ordeal without a bad day. You have to accept the challenge.

“At the same time, it’ll do no good to moan about the situation, the food, the room or anything else. You have to acknowledge the situation and work through it – and speak about it to your teammates and coaches.”

Gericke concurs that a brave and balanced approach is required. These are extraordinary times and individuals have no choice but to adapt.

“The players need to start visualising what it might be like in a bubble. How are they going to cope? How are they going to help one another? It’s like all preparation: you train yourself so that you will be able to react accordingly when the big moment arrives on game day. If we can do that, we will be a step ahead of everyone else.”

The Varsity Cup tournaments and the respective bio-bubbles will be instructive. Thereafter, it will be interesting to see how top coaches manage their squads in the Rainbow Cup and, indeed, how the Springboks and Lions adapt if that series is played in a bubble.

Looking at the season as a whole, rugby coaches may well follow their cricket counterparts and opt to rotate their squads. This will alleviate the pressure on individuals who may be at risk of mental burnout.

“The South African franchises might be okay when they are away for four or five weeks in the Rainbow Cup,” Dawson-Squibb says. “That’s manageable. “However, what about the Bok players, who may go from a Rainbow Cup bubble to a Lions tour bubble to a Rugby Championship bubble to an end-of-year tour bubble? That’s when it becomes dangerous.” DM168