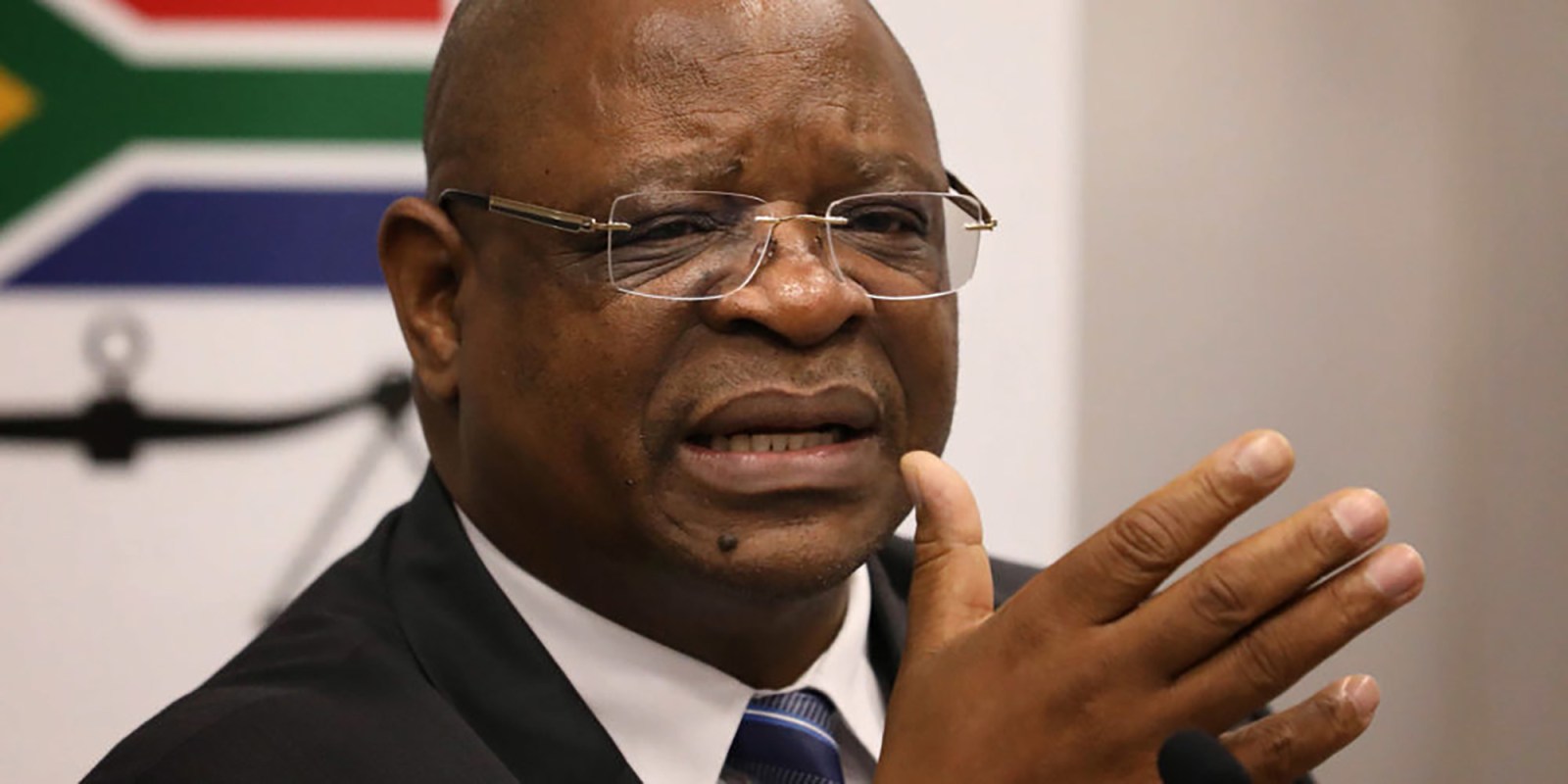 The Gupta family and their associate Salim Essa have garnered more than 60 of the dreaded 3.3 notices served on parties implicated at the Zondo Commission.

At the end of April, the Zondo Commission of Inquiry into State Capture ceases public hearings and, as matters currently stand, South Africa will not get to witness a Gupta in the hot seat.

This while their friend former president Jacob Zuma faces jail time as he continues to resist his own appearance in violation of a Constitutional Court order.

DM168 has not been able to find any trace of revived efforts by the commission to have brothers Ajay, Atul and Rajesh appear before Deputy Chief Justice Judge Raymond Zondo.

And it is unlikely that they, or associate and fellow Dubai resident Salim Essa, would be concerned with anything other than a subpoena compelling them to do so.

DM168 reached out to attorneys for the Guptas and Essa this week, but received no response, while the Zondo Commission appears not to have changed tack since the Guptas walked away from proceedings in 2018.

They briefly participated in the hearing via their lawyers during the early days, but stopped as soon as their application to be allowed to testify via video link from abroad was dismissed by Zondo.

Ironically, owing to Covid-19 restrictions, the commission has since allowed several witnesses, including McKinsey & Co, to testify via Zoom.

The commission didn’t respond to queries about whether this might be an option to hear from the Guptas.

Other than Zuma, the Gupta group has arguably been implicated the most number of times by witnesses at the commission.

The dreaded 3.3 notices – an official document notifying persons that they have been implicated by a witness – have seemingly been piling up for the family.

All together, various members of the Gupta family have been sent 39 notices – with brothers Ajay at 10, Atul at six and Rajesh at 13, while Essa has been served with 24, according to information received from the commission. The Gupta brothers’ sister, Achla, sits with one and so do Ajay’s wife, Shivani, and his son, Kamal Singhala.

Zuma, the commission previously heard, had received roughly 35 such notices.

The Guptas have been largely silent amid the daily revelations at the commission, but Essa recently surfaced through legal communication when he threatened legal action over what he billed as defamatory statements having been made about him at the commission.

This included references to him being an alleged “tax fraudster” who laundered money for the Guptas.

The commission has been working at a dizzying pace to wrap up public hearings by 30 April 2021.

But the prospect of having the Guptas extradited from the United Arab Emirates (UAE) remains unlikely, because there is still no criminal charge against them in SA. (They do face civil litigation.)

The former Saxonwold residents have been operating incognito as they go about their new lives between the UAE, India and sometimes Uzbekistan, more so since the United States Treasury slapped them with financial sanctions in 2019.

That US blacklisting came roughly two years after the Guptas hurriedly left South Africa amid a storm over the impact of their political influence in South Africa and their alleged involvement in billions of rands of dirty deals with state-owned companies like Transnet and Eskom.

They face a staggering number of allegations relating to alleged impropriety in South Africa, including their hand in the firing of former Minister of Finance Nhlanhla Nene and the appointment of his replacement, Des van Rooyen.

Guptas, Regiments and Trillian: a wish list of witnesses who may or may not come

There is very little room for manoeuvre in the Zondo Commission’s jam-packed April calendar.

With post-Easter hearings to kick off on Tuesday 6 April, the commission has set aside four days for President Cyril Ramaphosa, who is scheduled to appear on 22 and 23 April, and again on 28 and 29 April.

Norma Gigaba and her soon-to-be ex-husband Malusi Gigaba, the former Minister of Public Enterprises, Home Affairs and Finance, have both publicly referred to their upcoming appearances, while former parastatal executives Anoj Singh and Matshela Koko are among several witnesses scheduled to return to conclude their testimony.

And the commission is also expected to hear further evidence in two key streams – money flow and law enforcement. The witness list is not publicly available yet, but it may be a long one.

As a result of the known schedule, indications are that the commission might have a tough time squeezing in the testimony of other crucial players in the State Capture saga.

Fewer than 20 of those individuals or entities on a list of 101 that was presented to the commission by a range of civil society organisations in October 2020 have thus far appeared.

That list included local and international firms such as Bain, Standard Bank, Nedbank and the Bank of Baroda, among others.

The commission lost a significant amount of time as a result of the Covid-19 disruptions, but it has attempted to make up that time with evening and sometimes weekend sittings.

Justice Zondo, during a detailed media briefing in December 2020, said that since August 2018 the commission had had 323 days of oral evidence, heard testimony from about 278 witnesses, had issued in excess of 2,300 notices to implicated parties (3.3s) and issued summonses to more than 2,700 individuals or entities.

Among the key staff, executives or directors of parastatal boards who have not yet testified but who have been named in testimony are Eskom’s Edwin Mabelane, Prish Govender, Romeo Kumalo and Chwayita Mabude.

Former Transnet board chairperson Linda Mabaso and board colleagues and executives like Iqbal Sharma, Stanley Shane, Garry Pita and Brett Stagman have also managed to ride out Zondo’s two-year session with little inconvenience to date.

Whether named in the #GuptaLeaks emails or incriminated in testimony at the Zondo Commission, there are those who may be useful witnesses by virtue of the jobs they once held and others because they could shed light on who had ordered them to sign off on questionable dealings.

And then there are those who have hogged the headlines, some having been cast among the villains of the State Capture saga. Is South Africa likely to see them take the oath or affirmation before Zondo?

Ajay, Atul and Rajesh Gupta thus far show no sign of returning to South Africa for an appearance at the commission.

Ronica Ragavan: Often described as a Gupta devotee, Ragavan has been with the family for more than a decade and remains a director of several of their companies.

Kuben Moodley: Businessman and former adviser to Minister Mosebenzi Zwane. Moodley was a dealmaker whose company Albatime allegedly received hundreds of millions from Transnet and Eskom before large chunks were then paid over to the Guptas.

Vikas Sagar: Once McKinsey’s man in South Africa, he was a constant factor in the questionable transactions at Transnet and Eskom. McKinsey has paid back R1-billion to Eskom and more than R600-million to Transnet thus far.

Niven Pillay and Litha Nyhonyha: Co-owners of Regiments Capital, one of two companies alleged to have paid massive bribes to Gupta front companies.

Tokyo Sexwale: Earned millions in fees as non-executive chairman but claims he was unaware of what the company was doing.

Mo Bobat: Former Regiments employee who was meant to join its offshoot, Trillian, but then got appointed as adviser to National Des van Rooyen.

David Mahlobo: The former State Security Minister could shed light on the millions in hard cash he allegedly collected from State Security Agency (SSA) operatives – some of which was allegedly intended for Zuma.

Ace Magashule: The ANC Secretary-General and now corruption accused was named at the Zondo Commission in relation to his role in a R1-billion housing scandal in the Free State.

Lucky Montana: The former rail agency boss who could shed light on corruption at the Passenger Rail Agency of SA (Prasa).

Arthur Fraser: Former State Security director-general who is caught up in allegations of slush fund abuses at the SSA.

Richard Seleke: The Free State official who was parachuted on to the national stage when Lynne Brown appointed him as the director-general at Public Enterprises.

Faith Muthambi: The former Minister of Communications was exposed in the #GuptaLeaks for sharing confidential Cabinet information with the Guptas.

Gideon Christians: Was a senior Home Affairs official in New Delhi who was exposed in the #GuptaLeaks for helping to arrange/expedite visas for their staff brought from India.

Malcolm Mabaso: A business associate of the Guptas who landed the role as adviser to then Minister of Mineral Resources, Mosebenzi Zwane.

Ian Whitley: The unknown banker who was introduced as Des van Rooyen’s adviser along with Mo Bobat in the wake of the Nenegate scandal in December 2015. DM168