The art of the French chocolatier peaks at Easter

The art of the French chocolatier peaks at Easter 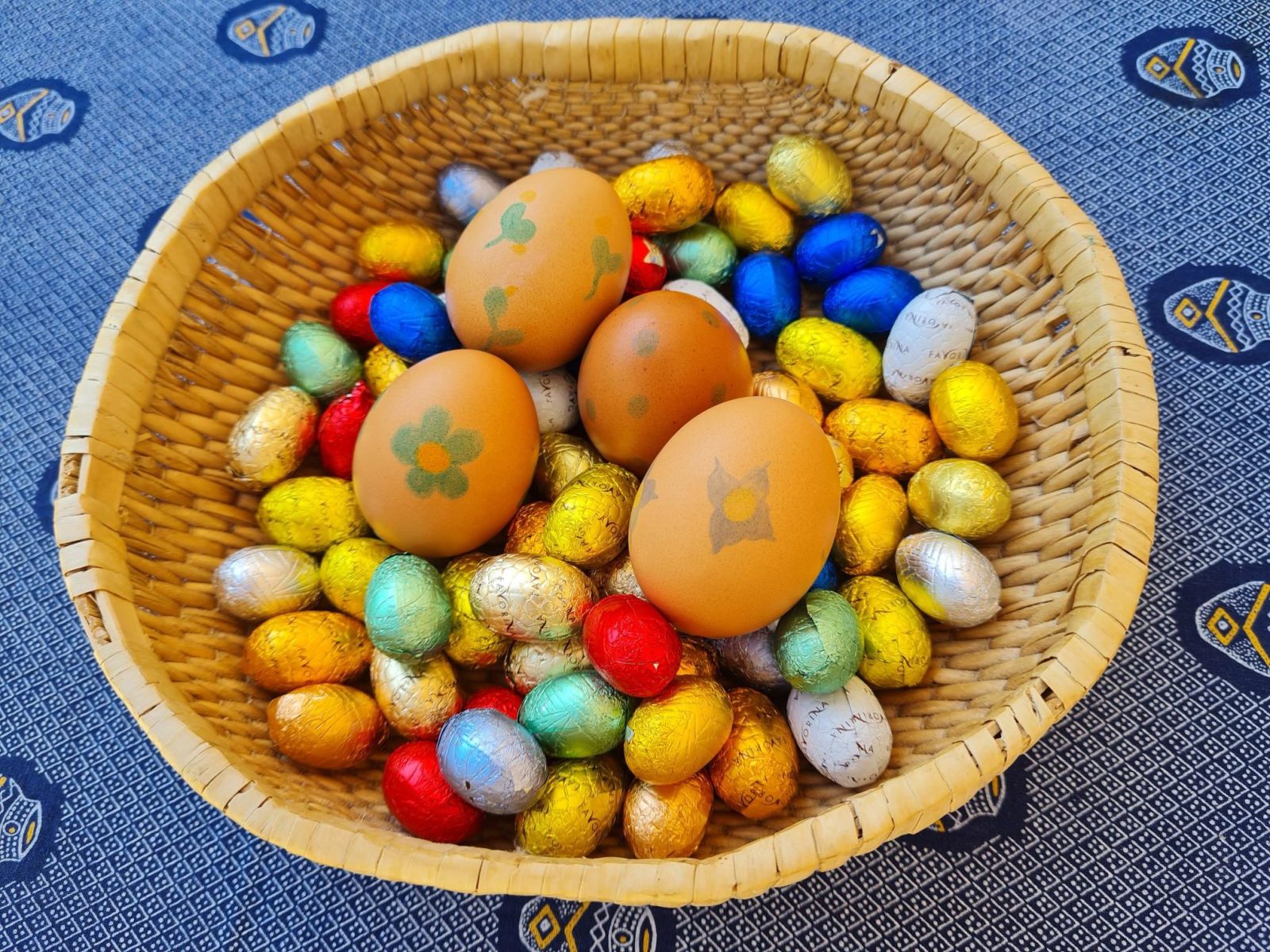 ‘But you have no chocolate! I think of that again and again! My dear, how will you ever manage?’ – Madame de Sévigné

Again and again I find myself thinking of this cri de coeur expressed by Madame de Sévigné (1626 – 1696) in one of her numerous letters to her daughter who lived in a fairy-tale château in the village of Grignan, not far from my much more humble home.

I often wonder how anyone can survive the trials and tribulations of daily life without an occasional bite of chocolate – but in the weeks leading up to Easter this rhetorical question moves into the realm of an existential crisis. The art of the French chocolatier, highly valued throughout the year, reaches its annual peak around Easter. If you’re a chocolate lover, it becomes almost impossible to walk past a patisserie window without drooling or succumbing, or both.

Of course Easter comes with other culinary traditions too, like all major religious festivals in France. If you’re a practising Catholic, you would have passed the preceding Lent period with strict dietary rules (no red meat or “rich food”), but during the Easter weekend the fast is broken with a festive and meaty meal. Even if you’re a non-practising Catholic, like the vast majority in the country, you would probably still eat gigot d’agneau or leg of lamb on Easter Sunday, preferably served with flageolets, those creamy pale-green beans regarded as the royalty of the bean kingdom.

In our culturally-mixed household we’ve often spent Easter without eating lamb, especially in the past seven years when our daughter turned semi-vegetarian and the partner of one of our adult sons started following a strict vegetarian regime and the rest of us gradually became flexitarians, choosing to eat less meat for health and economic and environmental reasons. (With the exception of the beleaguered father in the house, who remains a die-hard carnivore and would happily eat meat every day of the week.)

But we would never dream of passing Easter without chocolate! We love our Easter chocolate in the form of eggs, dainty hollow ones and others with delicious fillings and some as enormous as ostrich eggs, but we also like chocolate bunnies and hens and bells and coins. And the little chocolate fish that the French call fritures de Pâques or Easter Fries, because a fish has been regarded as a religious symbol since the earliest days of Christendom. When it comes to Easter chocolate, you name it and we’ll probably like it.

When the children were younger, we used to hide dozens of Easter eggs all over our small garden for them to find. When they started finding the eggs too quickly, we organised treasure hunts in the village park or around a mountain path, with clues and riddles along the way. Since this was as much fun for the parents as for the children, we kept it up long after even the youngest child had stopped believing in the Easter Bunny.

Besides, in France Easter eggs are apparently not delivered by the mythical bunny of my childhood, but by winged bells flying all the way from Rome on Easter Sunday to reward good children with sweet surprises. I found it hard to swallow this story, but when I asked my future husband how on earth bells could carry chocolates all over France, his amused answer was that if you could believe a rabbit did it, surely a bell could manage it too?

Now that our children are grown up and often not home for Easter, Alain and I still buy Easter eggs for each other. (We resist the temptation to hide them, though.) We choose a few good quality dark-chocolate eggs rather than the loads of too sweet milk-chocolate surprises we used to buy for the children – for whom the quantity of eggs was always much more important than the quality. Sometimes we even treat ourselves to one of those handmade creations displayed in the windows of patisseries. We could never do this when all four children were still in the house; it would have been far too expensive to buy these beautiful eggs and bunnies and bells for everyone in the family.

And we tell ourselves we are simply honouring another great French food tradition, because chocolate eggs were developed by French confectioners in the 19th century, after all. (With a little help from the Germans, we have to admit.)

Chocolate has a fascinating history in France, starting in 1615 when Anne of Austria brought it as a wedding gift to her betrothed, the 14-year-old King Louis XIII. Initially it was an expensive and exotic item reserved for the nobility and the upper class, regarded as a kind of recreational drug because of its soothing qualities and mild stimulatory kick. Which makes our Madame de Sévigné cry of distress so much more understandable, n’est-ce pas?

Of course Madame de Sévigné didn’t know the chocolate eggs we love today. In those days chocolate was consumed almost exclusively in liquid form. French confectioners would blend cocoa beans with milk or water, adding flavours such as vanilla or cloves. A century later Marie Antoinette brought her personal chocolate maker to Versailles, and started each day with a cup of thick hot chocolate topped with cream.

Marie Antoinette, a prime example of what would nowadays be called a “social influencer”, also made it fashionable to add a little sugar to soften the bitterness of the cocoa beans – but it still took another century before sweet chocolate Easter eggs were created.

Eggs have always been seen as symbols of fertility and new life, and decorated and painted eggs have been around since pagan times when the spring equinox was celebrated at more or less the same time of the year we now celebrate Easter in Europe. Like so many other pagan customs, this one was incorporated into the new religions taking root on the continent. In the year 1307 the British King Edward I’s accounts had an entry of “18 pence for 450 eggs to be boiled and dyed or covered with gold leaf and distributed to the Royal household”.

Although John Cadbury, founder of the famous chocolate empire, made his first “French eating chocolate” in 1842, the modern chocolate Easter egg could only be mass-produced three decades later. After the Cadbury brothers had developed a pure cocoa butter that could be moulded into smooth shapes, they finally manufactured their first Easter eggs in 1875.

Within 20 years Cadbury had 19 different varieties of chocolate eggs on sale, and the rest of the story, well, it continues every Easter all over the world.

However much I admire the edible artworks that talented French chocolatiers create at this time of the year, I am pleased that we can also enjoy the more affordable commercial Easter eggs. And this weekend, once again, I’ll be singing like Eliza Doolittle in My Fair Lady: “Lots of chocolate for me to eat…. Oh, wouldn’t it be loverly?”