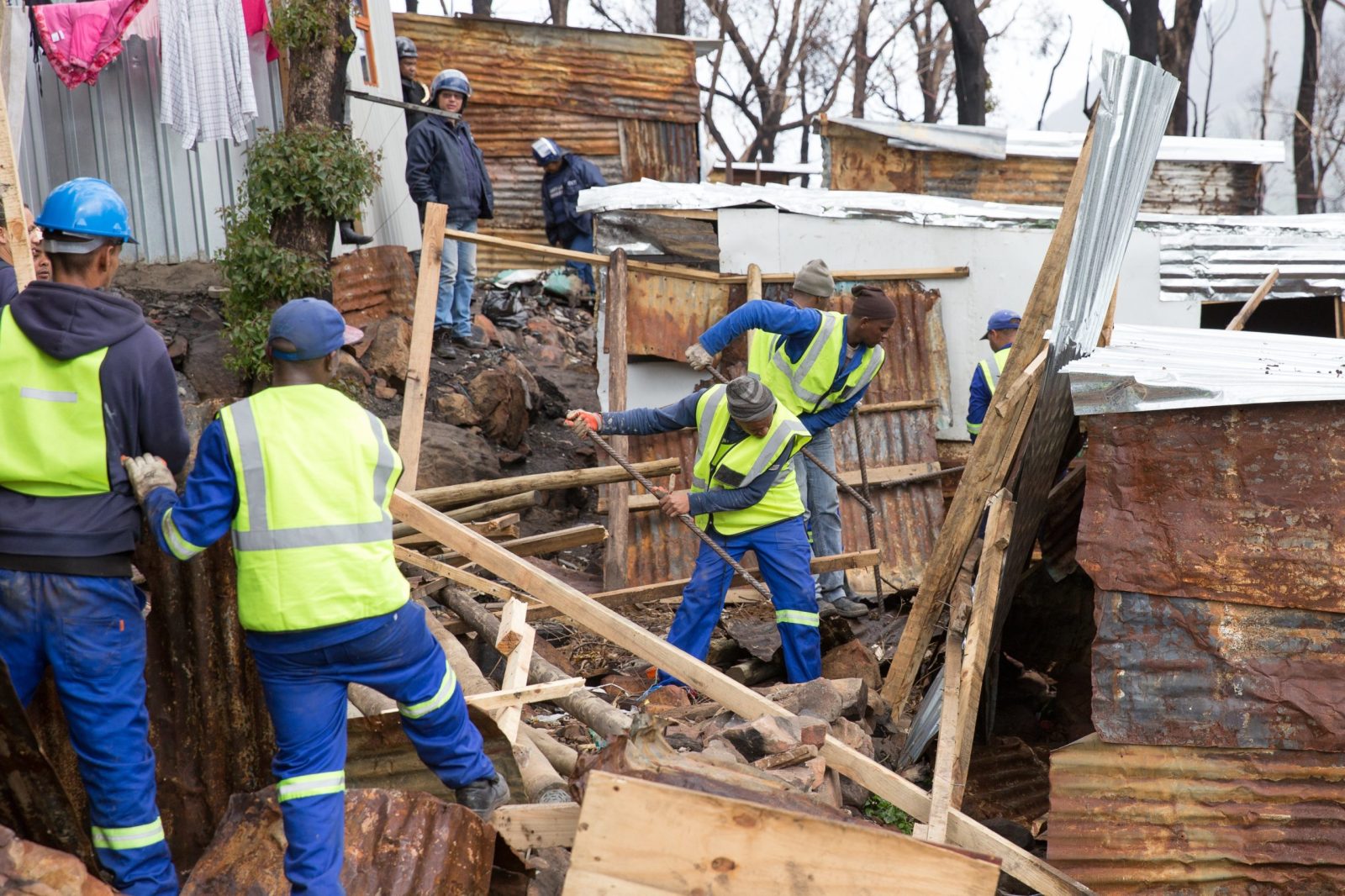 Demolition of structures and removal of land occupiers without a court order is unconstitutional, says advocate.

The establishment and operation of the City of Cape Town’s Anti-Land Invasion Unit (ALIU) is unlawful, because it is mandated to demolish structures without needing a court order, the South African Human Rights Commission (SAHRC) argued in the Western Cape high court last week.

The case on the legality of evicting land occupiers was reheard in court after the matter could not be resolved by two judges in December 2020.

In its heads of argument, the SAHRC said that the ALIU “is not bound by the same rules and standards as SAPS or metro police” and that it is “merely a sub-department within the City”.

The SAHRC also argued that counter-spoliation – when a dispossessed owner immediately and forcibly takes back possession of their property – has been used by the City to justify the demolition of structures and removal of land occupiers without getting a court order.

Arendse argued that counter-spoliation is unconstitutional “because it allows the City to circumvent the provisions of the … PIE [Act]”. PIE is the Prevention of Illegal Eviction from and Unlawful Occupation of Land Act, which prohibits unlawful evictions and provides for procedures to be followed to evict unlawful occupiers. Arendse argued that any eviction “must be dealt with under court supervision” and the PIE Act.

Reliance on counter-spoliation could “give rise to the possibility of abuse”, said Arendse.

The EFF, also an applicant in the case, said “the City should not be left to be judge and executioner” when it comes to the removal of structures.

Advocate Tshidiso Ramogale, for the EFF, said that in a dispute about property “it shouldn’t be the landowner who makes the decision” but rather the court.

“No one should be able to usurp the functions of the court … and this is what counter-spoliation does,” said Ramogale.

Background to the case

The applicants in the case, the SAHRC and the EFF, made their arguments before three judges – Judge Vincent Saldanha, Judge Hayley Slingers, and Judge Mokgoatji Dolamo.

In August last year, a Western Cape high court judgment ruled that the City of Cape Town’s Anti-Land Invasion Unit (ALIU) will not be allowed to evict anyone or demolish their homes without a court order while the country is in a national state of disaster.

The SAHRC wants the ruling to extend beyond the national state of disaster. But in December last year, Judges Yasmin Meer and Judge Rosheni Allie could not reach a consensus on the matter. It was decided that the matter should be heard again before a full bench of three judges.

The hearing began with arguments made by the applicants. The matter will continue for another three days at a date yet to be confirmed. DM