THE SUGAR SAGA (PART ONE OF FOUR) 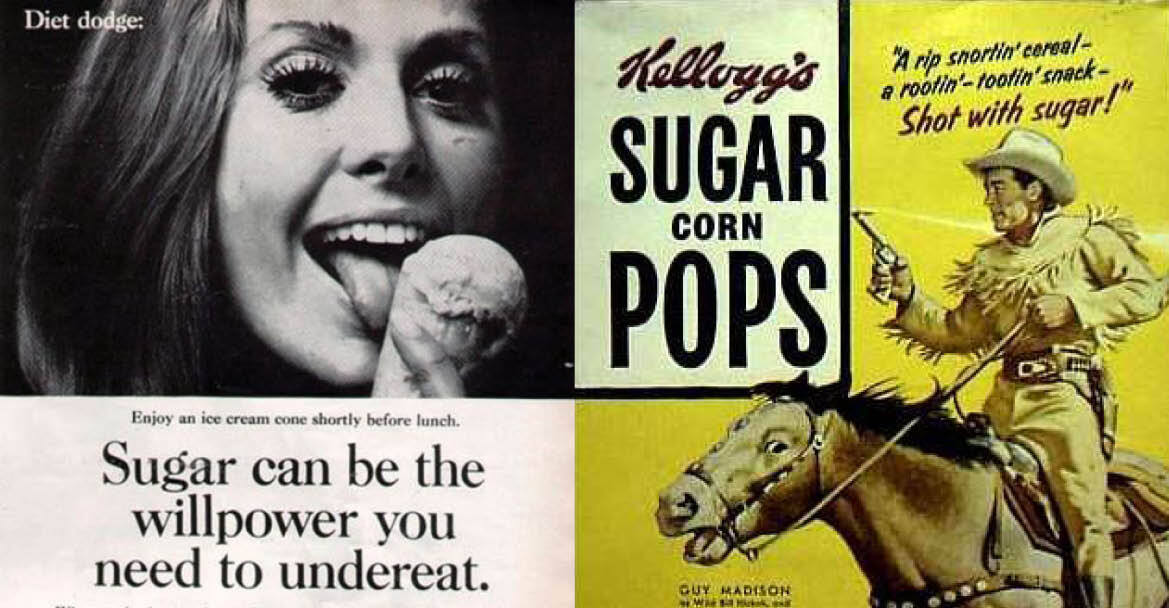 From the mid-20th century, the US’s Sugar Research Foundation launched an all-out offensive in defence of sugar, financing hundreds of studies that presented it in a favourable light. It caused untold damage to humanity.

Click here for Part Two of our ‘Sugar Saga’ series: Just how bad is sugar? The truth is bittersweet.

Click here for Part Three of our ‘Sugar Saga’ series: You’re not addicted to sugar, you’re addicted to an emotional state.

Click here for Part Four of our ‘Sugar Saga’ series: Sugar tax and the slow crawl out of a health crisis.

Some 67 years ago, at the beginning of February 1954, 52-year-old Dr Henry Bohn Hass, a specialist in organic chemistry who would in 1969 be awarded the gold medal of the American Institute of Chemists, attended the eighth general meeting of the American Society of Sugar Beet Technologists, in Denver, Colorado.

At the time, he was president of the US’s Sugar Research Foundation (SRF), a position he had held since 1952. At that meeting he gave a speech titled “What’s new in sugar research?”, laying out some of the challenges faced by the US sugar industry.

“The Roper survey showed that there are three tangible reasons why people do not use sugar: fear of obesity, fear of caries [dental cavities] and fear of diabetes. Every doctor now knows that sugar does not cause diabetes; this fact is slowly diffusing to the laymen. If the anti-enzymes perform as expected against caries, it will enable us to concentrate on other problems of the sugar industry. Fear of obesity is undoubtedly the greatest single deterrent to sugar consumption. This is understandable; the principal nutritional function of sugar is to furnish calories and calories are what the obese person is trying to minimise,” said Hass.

He noted some of his concerns about the changing nature of the US diet: specifically that people were eating more meat, less flour and potatoes, and sugar consumption was not growing. He remarked, “Americans now have a strangely distorted diet with only 48.5% of the calories derived from carbohydrates, 40% from fat and 11.5% from protein.”

He went on to tell the technologists: “If the carbohydrate industries were to recapture this 20% of the calories in the US diet (the difference between the 40% which fat has and the 20% which it ought to have) and if sugar maintained its present share of the carbohydrate market, this change would mean an increase in the per capita consumption of sugar of more than a third with a tremendous improvement in general health.”

Simply put, his proposed solution would increase the average American’s diet from comprising 48.5% carbohydrates, to 68.5%. Hass understood that in order for this to happen, attitudes around sugar would have to improve, and fat would have to emerge as the main dietary villain.

“This will never happen while the present climate of public opinion in regard to sugar remains unchanged. We are in an era – almost unique in world history – when in the United States, and a certain few other favoured countries, there is more food available than people can eat. Each food industry has to get up and fight for its place in the limited human stomach…. It is for these reasons that I am unhappy about advertising which implies that sugar is in some unique sense the cause of obesity.

“The attitudes toward sugar which No-Cal [zero calorie soda] advertising fosters will, unless vigorously opposed by efforts of the sugar industry, make it impossible for us to grow into the place in the American diet which we should rightfully occupy.”

He announced that on 21 September of the previous year (1953), members of the SRF had voted unanimously to spend $600,000 per year for at least three years to tell a positive story of sugar in the diet.

“At last people who never had a course in biochemistry are going to learn that sugar is what keeps every human being alive and with energy to face our daily problems,” he told his audience.

And so began the Sugar Research Foundation’s (now known as the Sugar Association) all-out offensive in defence of sugar, which would see it finance hundreds of studies that presented sugar in a favourable light. For a good number of these studies, the foundation did not disclose its involvement and funding.

Where coronary heart disease – a leading global cause of death – is concerned in particular, the SRF funded numerous studies that downplayed the role of sugar in the condition, as outlined in a 2016 paper titled “Sugar Industry and Coronary Heart Disease Research: A Historical Analysis of Internal Industry Documents”. As the title suggests, the paper’s authors collected and read numerous correspondence documents between the SRF and the researchers they anonymously funded.

At the end of the paper, they concluded that “the sugar industry sponsored its first CHD [coronary heart disease] research project in 1965 to downplay early warning signals that sucrose consumption was a risk factor in CHD. As of 2016, sugar control policies are being promulgated in international, federal, state, and local venues. Yet CHD risk is inconsistently cited as a health consequence of added sugars consumption. Because CHD is the leading cause of death globally, the health community should ensure that CHD risk is evaluated in future risk assessments of added sugars.”

Admittedly, high consumption of added sugars is a global phenomenon, and the SRF cannot be held solely responsible for that. Today, the US is neither the top sugar-producing nor sugar-consuming country. Those honours go to Brazil and India respectively. However, some of the world’s top purveyors of sugar products are US companies, such as the Coca-Cola Company, PepsiCo, Mars, and Mondelez International. Add to that the global reach of US fast-food chains such as KFC, McDonald’s and Burger King, and a picture of the US influence on the global diet becomes obvious.

While the body of research into the effects of sugar has grown, and there are numerous books, documentaries and articles published on the dangers of added sugar, the long-lasting impact studies funded by organisations such as the SRF cannot be underestimated. One study in particular, referred to as Project 226, was published in 1967 in the New England Journal of Medicine.

The Harvard researchers behind it, who were paid $6,500 by the SRF at the time, did not disclose the funding by SRF. Their research concluded that dietary fat and cholesterol were the greater cause of heart disease, and that sugar played a minimal role. This, even as research to the contrary was beginning to emerge. Studies such as these would go on to drive the low-fat craze that peaked in the 1980s, where many food manufacturers reduced fat and added sugar.

In response to the publication of this information, the Sugar Association told Reuters Health in 2016:

“We acknowledge that the Sugar Research Foundation should have exercised greater transparency in all of its research activities; however, when the studies in question were published, funding disclosures and transparency standards were not the norm they are today. Beyond this, it is challenging for us to comment on events that allegedly occurred 60 years ago, and on documents we have never seen.”

However, similar practices from the sugar industry have continued. As recently as 2016, Coca-Cola, under increased media scrutiny and public pressure, announced that it would stop funding “research on issues related to health and wellbeing…”.

Meanwhile, more than three decades ago, in 1989, a World Health Organization (WHO) study group recommended reducing “free sugars”, which include sugars “added to foods and drinks by the manufacturer, cook or consumer, and sugars naturally present in honey, syrups, fruit juices and fruit juice concentrates”. They recommended that these sugars be reduced to no more than 10% of daily intake.

In 2002, a joint WHO/FAO Expert Consultation, would reiterate that point. In 2015, the WHO published a guideline document “strongly recommending” that free sugars be less than 10%, and “suggesting” a further reduction to less than 5%, which is roughly 25 grams (six teaspoons).

The 2015 guideline document summarised the findings of thousands of research papers, outlining just how bad excessive sugar consumption is for the human body. And frightening as many of those findings may be, newer studies suggest that the situation might be even worse. Such as the conclusions of two studies published in February 2021, suggesting that even moderate amounts of sugar double fat production in the liver, even long after one ceases to consume added sugar. DM/ML

Click here part two of our series, ‘The Sugar Saga’  Just how bad is sugar? The truth is bittersweet.

Just how bad is sugar: The truth is bittersweet