The Afro-Italian musicians shaking up Europe 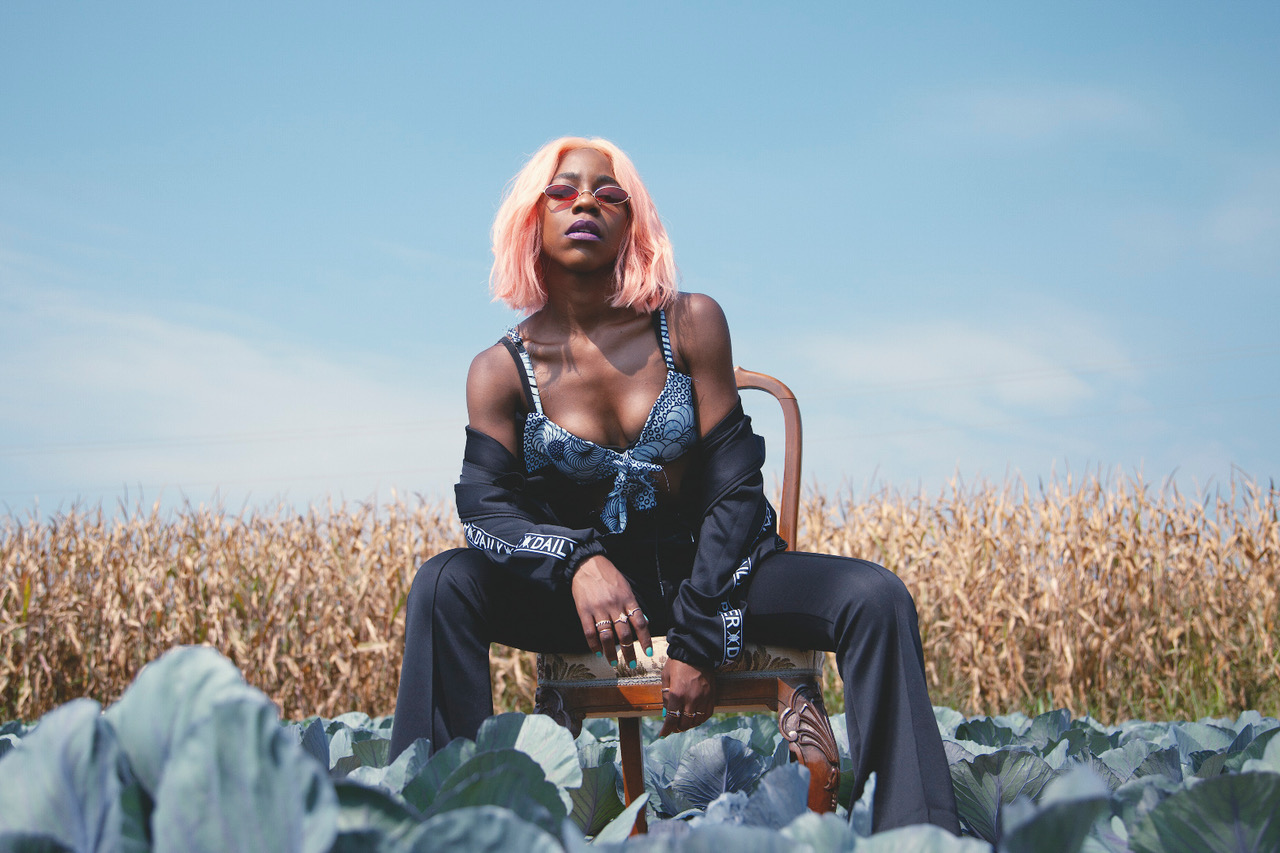 A screenshot of the video for Epoque’s latest song, Petite. (Image supplied)

Epoque, Awa Fall Mirone and Chimera Labruna use rap, reggae and a Babel of languages to explore their African origins and Italian identities while amplifying suppressed women’s voices.

What it means to be Italian is undergoing a necessary and inclusive evolution, and the stories of three Afro-Italian woman musicians are emblematic of this transition. For about 20 years now, Italian society has been enriching itself with new faces that bring along worlds and experiences once distant. These are people born and raised in Italy or who have spent most of their lives in this European country. Despite this, a segment of Italians only reluctantly includes them.

“I … embarked on my musical journey to offer Afro-Italians a point of reference that I did not have,” says Janine Tshela Nzua, a rapper of Congolese descent who is known as Epoque. “Someone to be inspired by, who can express what we feel.”

“I want to set an example for young girls who want to go down this road, have a chat with them,” says Awa Fall Mirone, a reggae singer of Senegalese origin. “I would bet on the strength of these lionesses to make it clear that we are here.”

Chimera Labruna – the stage name of a Moroccan rapper who moved to Italy at 14 – agrees. “In my lyrics I defend women. I really want to give them hope because I have suffered, just as many women of the Arab world,” she says.

Though expressing themselves differently, the artists have a shared goal: to amplify suppressed voices. In the past five years, Afro-Italian men have been able to sing along to the songs of Ghali, Mahmood, Tommy Kuti, F.U.L.A. and others, while many women struggle to see their experiences represented.

Epoque’s childhood and adolescence were marked by a struggle to come to terms with the many faces of her identity. “At home the whole family was African, while at school my friends were all Italian,” she says. The rapper burst onto the scene thanks to her unique sound of Afro-trap with a touch of Italian style. “It was all like: ‘Who am I? What must I be more [of]?’ As you grow up you understand you are both.”

Epoque was born and raised in Turin. She has not visited the Democratic Republic of Congo for a number of reasons, including her parents’ desire to protect her from the country’s instability. But this didn’t stop her from deepening her Congolese identity by travelling to France and Belgium where parts of her family had moved. Broadly, her whole family helped Epoque develop her Congolese identity.

“I listen to everyone from older singers to today’s artists who follow the same influences as Congolese rumba, soukous and makossa ,” she says. “Singers like [the Cameroonian] Manu Dibango and many others from the 1980s who have brought the modern subgenres that we of the new generation and the diaspora are applying and mixing.”

Going to visit her relatives also made Epoque notice the differences between Italy and other countries that have larger and more connected communities of African origin. “It struck me how I felt so different in different places,” she says. “It irritated me to see my uncles in Belgium being able to give their children certain things because they had the tools to do it. In Italy it was all a bit more crumbled and messy as if we were in the wrong place, you know? These differences inspired me,” she says. Her music represents the meeting points of these experiences.

Epoque displays her multiple identities in her lyrics, in which a single line can host many languages – Italian, Lingala, French, English and sometimes Spanish. “Every language I use belongs to me, and describes a part of me. I call it ‘Afro-Italian language’,” says Epoque, smiling. “Multilingualism makes it easier to communicate where I come from, and it allows me to speak for people experiencing the same condition.” Her unique approach to language is expressed in the song Petite, the last she released before signing with Virgin Records Italy – a dream come true. “I hope to become a full-fledged Afro-Italian singer and start a new Afro-music wave in Italy,” says Epoque. “It is no small thing seeing an Afro-Italian woman managing to do that.”

Despite being only 24, Awa Fall Mirone, from the Bergamo province, has already been on Europe’s reggae scene for years, with many concerts and collaborations behind her.

A search for her identity led her to Senegal to meet her paternal grandparents when she was 18.

“I felt an immense joy,” she recalls. “When I came back to Italy I was very beautiful, nourished in all senses. Senegal is the place I call peace. I don’t need to look elsewhere anymore, because I already have everything inside of me.

Following that trip, Fall cultivated her newfound identity, especially in afternoons spent cooking Senegalese food. “Making these culinary experiments excites me a lot, because I really believe in [embracing one’s identity]. We shine brighter when we know where we come from.”

The importance of searching for one’s origins is spelled out in the song Roots and Culture, released in 2016 after her return from Senegal. In it, Fall invites listeners to discover their past, because “knowledge is the key for a free man”. The verse sung in Wolof certifies her reconciliation with Senegal.

Fall sings mainly in English but chose to produce her last album, Music Unites, in Italian “because I wanted to make my family circle understand what was going through my head”. Also, although she is not yet fluent in Wolof, she recently announced that a couple of songs will be released in that language this year.

Sista Awa, as she is also known on the music scene, looks up to Nina Simone for her ability to use rage for healing. For Fall, this rage is sometimes caused by situations in which she is silenced. “What you say is underestimated, not considered for the simple fact of being a woman,” she says. “Of course, it’s also thanks to the experienced male musicians, older than me, that I can improve, but many of them from the former band I played with didn’t give me space. They were already biased, so I was left powerless.”

Chimera Labruna’s voice also went unheard for a long time. Her Moroccan family didn’t allow her to explore Italy or its culture. “After school if I didn’t go home, it was a mess. I didn’t even watch Italian TV,” she recalls. “I didn’t live in Italy, but in my [own] world [for] 22 years. [I was] only [able to] vent … by writing songs and rapping.”

While Epoque and Fall went in search of their African identities, Chimera began discovering her Italianness. “I feel part of this country now. It’s my second home.”

Her family also didn’t support her passion for rap, which was born when she was 12, thanks to the Moroccan rapper Don Bigg. That is why she sings in disguise and doesn’t reveal her face on Instagram, where she has grown a solid fanbase, mainly from Morocco. She sings in Moroccan Arabic, using the street slang and vernacular of that country. “Lately I wanted to take off the mask because some months ago my mom told me … she supports me,” she says. “But then I thought that the balaclava I wear is part of my brand. If I take it off it wouldn’t be a strategic move.” Chimera hopes to rap in Italian one day.

Many women in the Moroccan community struggle for their freedom, Chimera says. “In Morocco, freedom is viewed badly, as something that goes against the values of Islam,” she says. “When it comes to the condition of women it’s treated as a [taboo] topic, and this bothers me a lot.”

Chimera’s newest song, Ski Mask, explains why she wears the balaclava to hide her identity. She says, “Chimera is a multifaceted legendary animal just like me. Even my friends ask me, ‘How can you be Nadia* at home and Chimera outside?’ I can adapt to any situation, but I want to be Chimera without hiding myself. Nadia at home is the mask. Chimera with the balaclava is the real me.” DM/ ML

*Not her real name to maintain her anonymity.