Gang crossfire on the Cape Flats: Four-year-old girl shot in the head loses her eye 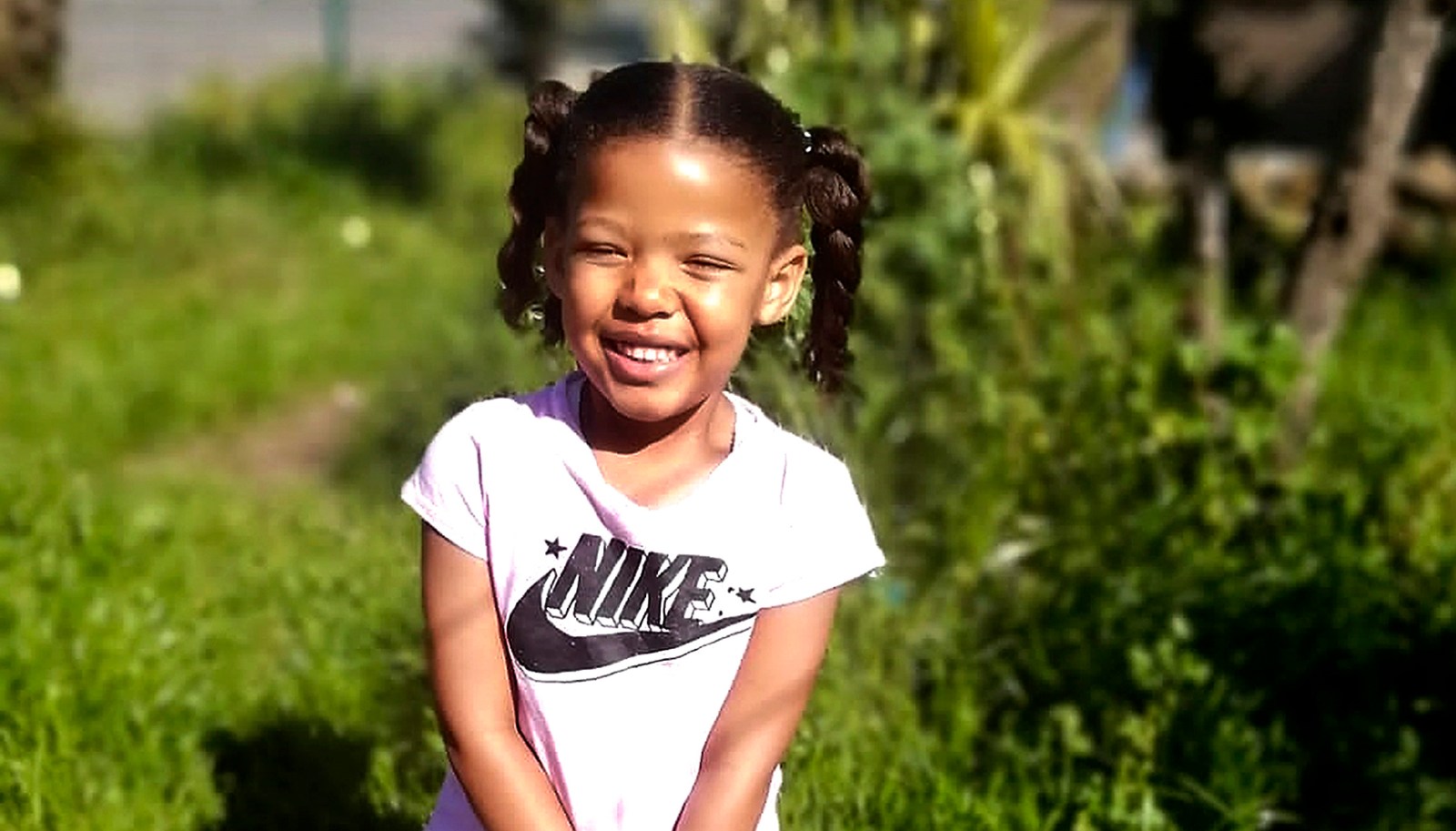 Chloe van der Westhuizen, who was shot on the side of her head last Thursday in Hanover Park, has lost her left eye. Doctors at the Red Cross Hospital will carry out another operation later this week to try to remove the bullet that is stuck behind her right eye. (Photo: Supplied)

When four-year-old Chloe van der Westhuizen woke up in the Red Cross War Memorial Children’s Hospital on Sunday morning, the first thing she said to her mother Jade was: ‘Where is my eye, mommy? Please go fetch my eye.’

Van der Westhuizen said Chloe was awake and talking on Sunday morning after a lengthy operation in which doctors tried in vain to save the little girl’s left eye.

Chloe was caught in crossfire on Thursday, 25 March, in Algoa Court in Hanover Park and took a bullet to the side of her head. Four other people were wounded, said her grandmother.

Chloe’s 20-year-old mother, Jade, is struggling to cope and has been sleeping at the Red Cross hospital since the incident on Thursday.

“On Sunday morning I visited my daughter at Red Cross hospital,” said Jade’s mother. “Jade was in tears when she told me that when Chloe woke up, the first thing she said was: ‘Mommy let’s go, come,’ and then she asked, where her eye was, and ‘mommy please go fetch my eye’.”

The 54-year-old grandmother said Chloe’s left eye had been surgically removed in the early hours of Saturday morning. The bullet is still in her head and has shifted to behind her right eye.

“I cannot say exactly when the bullet will be removed, but I know that doctors will during the course of this week try to remove it.”

Van der Westhuizen said that on the day of the shooting she had been on her way to fetch Chloe from daycare, but by the time she arrived, her other daughter was already there.

“I was carrying Chloe’s bags and left them to walk towards Algoa Court when I heard shots fired.

“It then struck me that Chloe is still playing inside the Court. I ran to go and fetch her. I saw nobody and searched for her. Then I saw her running like a drunk person towards me. Her face was covered in blood and she shouted ‘mamma’ before collapsing.

“A young man saw what happened… he ran and grabbed her just before she hit the ground,” she said.

Chloe’s grandmother said she didn’t harbour any hate towards Jooste, the man accused of the shooting, adding that he had grown up in front of her.

“All I want to tell the accused is he mixed with the wrong people and his decision to use drugs wasn’t a good one. He has never been to prison and it must be a terrible feeling for his mother to watch her son going to jail. I hope he realises that Chloe has lost her eye because of him,” she said.

The mother of one of the other people injured in the shooting was also at the Athlone Magistrates’ Court. This mother, too, was familiar with the accused. She said Jooste was someone crying out for help and didn’t want to do drugs or be part of a gang.

“Last month, a person was shot and killed in Hanover Park. Minutes before that shooting, [Jooste] got one hell of a beating from an Americans gang member.

“He came to my house and cried. He told me the gang is using him and that he wants to go to rehab. I told him the rehab is waiting for him… all he has to do is tell me when he wants to go,” the mother said.

Jooste appeared briefly in Court F on Monday. He indicated that he would apply for bail.

Hanover Park residents have signed a petition requesting that Jooste be denied bail. The case has been postponed to 6 April. DM/MC