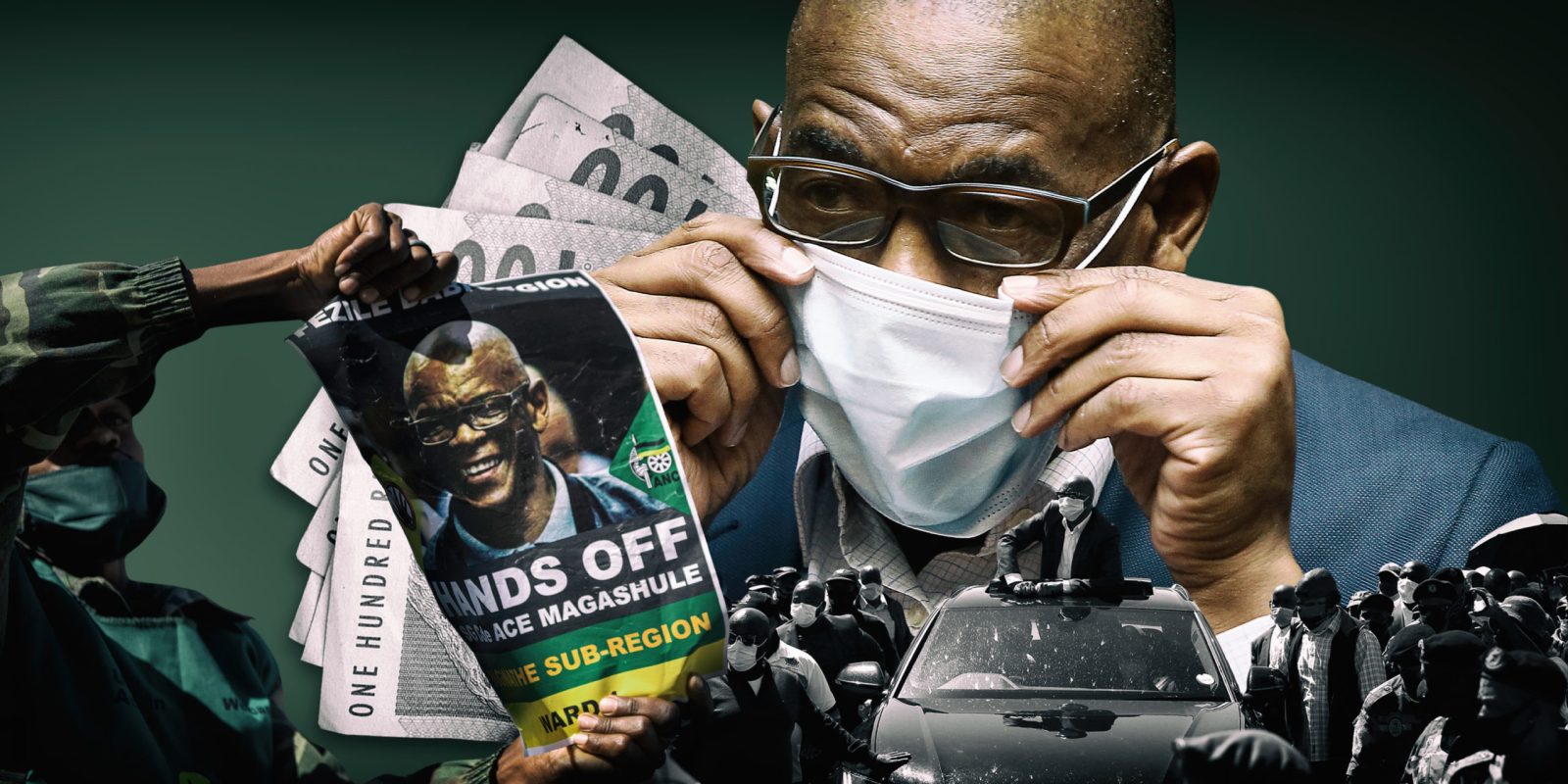 The Radical Economic Transformation faction of the ANC has effectively been banned from organising and faces disciplinary action by the party.

ANC Secretary-General Ace Magashule has been given 30 days to step aside from his role or face suspension and disciplinary action by the party.

President Cyril Ramaphosa announced late on Monday that these 30 days could not be used to review the decision of the Integrity Commission that Magashule must stand down after being charged with 74 counts of corruption and fraud by the National Prosecuting Authority for the squandering of R233-million in an asbestos roof audit in the Free State.

It is 105 days since the Integrity Commission made its finding in December 2020, and Magashule has dodged stepping aside, arguing that he can only be instructed to do so by a conference of branches that elected him. But the National Executive Committee (NEC) had no truck with his argument, which the reform wing defeated.

“The NEC welcomed the decision by… Magashule to use this time to seek the counsel of past leaders of the movement. The NEC called on all ANC members to rally around this decision and not to engage in any acts of indiscipline, including through mobilisation or public statements that undermine implementation of the conference resolution,” said Ramaphosa.

The party resolved at its 2017 national conference that any representative (elected or employed) who was criminally charged should step aside. The rule has been unevenly applied, and Magashule used this as a battering ram to fight the NEC during the four days of its meeting which began on Friday. The meeting was heated and Magashule’s lieutenants spent all of Monday leaking threats of mass resignations if the NEC pushed him to stand down.  These did not materialise by the time the meeting ended.

Neither the revised guidelines to provide the process by which members facing criminal charges should step aside nor the original 2017 resolution make provision for a 30-day period of counselling by previous leaders of the ANC.

The NEC was instructed by the Nasrec conference to “summarily suspend people who fail to give an acceptable explanation or to voluntarily step down while they face disciplinary, investigative or prosecutorial procedures”.

Magashule was charged 137 days ago and made his first court appearance in November 2020.

Rankled by the factionalism gripping the party, Ramaphosa also announced an effective ban on the Radical Economic Transformation (RET) faction.

“The NEC… condemned the establishment of groups operating as an organised faction within the ANC to undermine [the ANC]. The meeting agreed that no ANC member should associate themselves with or be involved in the so-called RET Forces. [The NEC] will not allow any member of the ANC to use the resources and premises of the ANC to hold meetings of the RET or any other faction.”

Mildred Oliphant, the chairperson of the ANC National Disciplinary Committee, has been instructed to investigate and formulate charges against the RET faction, represented at ANC headquarters Luthuli House by Carl Niehaus, who works in Magashule’s office.  He recently authored a document outlining the RET group’s economic policy positions.

The NEC again reiterated its support for the Zondo Commission of Inquiry into State Capture – as a counterpoint to its former president Jacob Zuma, who has refused to appear before it and issued repeated attacks against the judiciary for orders that he obey summonses to appear.

“The NEC views its submission [to be made to the Zondo Commission in April] as necessary to the work of the commission and important for the broader effort to confront State Capture,” said Ramaphosa.

And while the party has effectively banned the RET and the MK Military Veterans Association’s use as a private militia, it has encouraged members to join the Defend our Democracy movement. The movement, launched early this month, has senior ANC veterans in its ranks.

“The NEC expressed concern at the use of the name Umkhonto we Sizwe to promote factionalism in the ANC. [It] warned against utterances or actions that bring the proud history and notable legacy into disrepute,” said the party in its statement.

It warned that society was increasingly defining the governing party as a “multiplicity of factions pursuing their selfish interests”.

Ramaphosa looked exhausted as he read the five-page statement. The NEC meeting was long, draining and divided, and Magashule looks set to turn the next 30 days into a battleground of disinformation and lobbying.

“The NEC noted the re-emergence of an orchestrated campaign of ‘fake news’ directed against President Cyril Ramaphosa and other leaders – akin to the disinformation crusade South Africa experienced during the height of state capture,” the statement said.

Iqbal Survé’s newspapers have published an ‘exclusive’ claiming that billionaire Johann Rupert had instructed Ramaphosa to get rid of Magashule, and claimed on Monday that Cooperative Governance Minister Nkosazana Dlamini Zuma had spoken out at the meeting about this. The reports offered no evidence and have been forcefully denied. DM