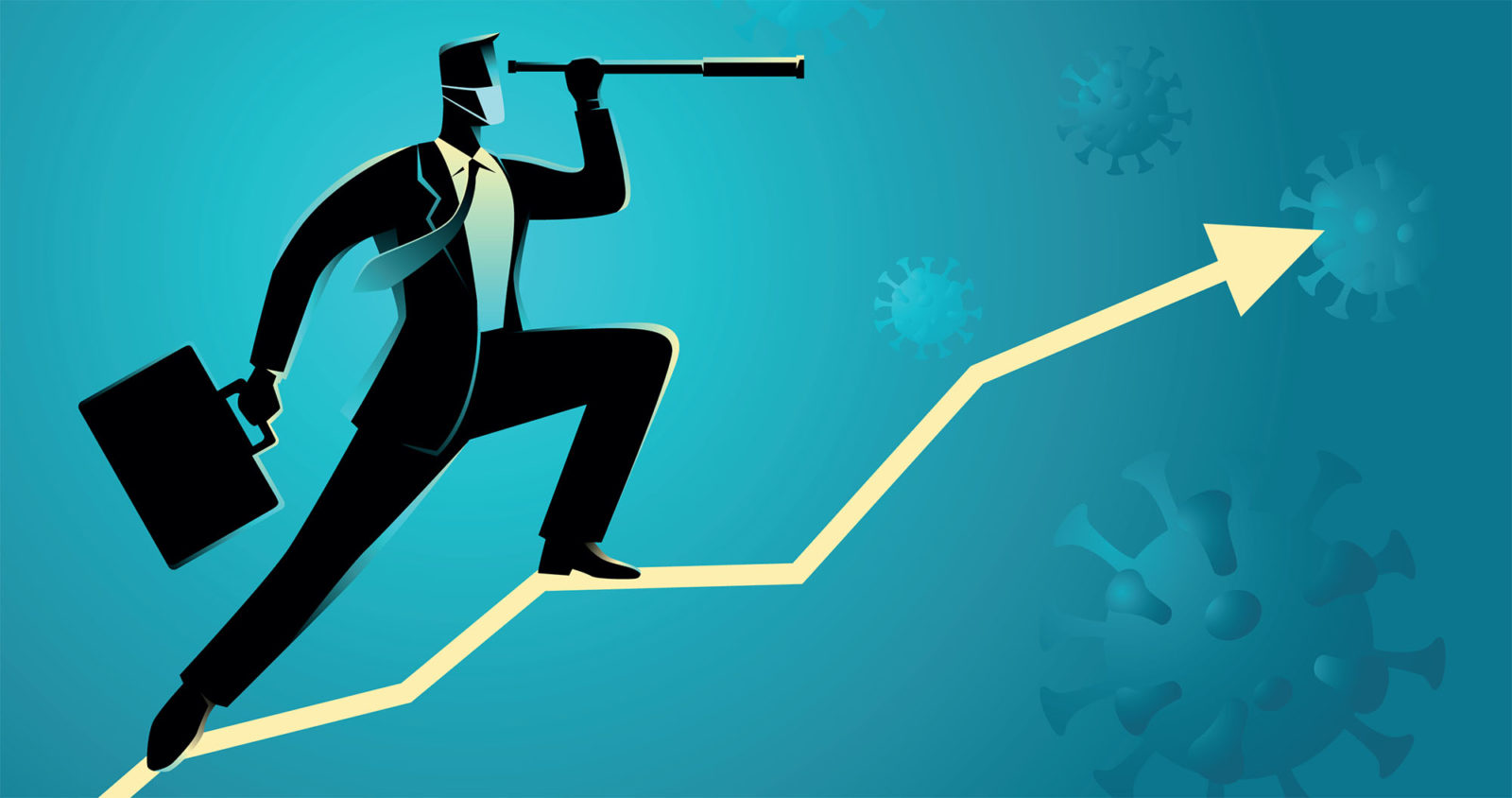 Covid-19 remains a massive challenge, with certain regions, like the Eurozone, having a tougher time than others. But economies are making it into expansionary territory, vaccine rollouts are having mixed success but gaining momentum, and inflation has yet to keep central bankers up at night. A year on, and there are flickers of light at the end of the tunnel.

It wasn’t long after New Year was rung in that many of us felt dejected. 2021 was feeling a lot like 2020. However, a year on from the onset of the pandemic and things are looking more optimistic.

The 75% rally in world stock markets, from the nadir of the financial markets’ shortest and sharpest bear market in late March 2020, is just one marker of a year in which investors had to navigate uncharted territory. And there were a few surprises.

“Unprecedented” was undoubtedly the word used most in the early stages of the pandemic to describe the nail-biting state of financial markets and world economies. Hot on its heels was “the new normal”, with much debate about what that may look like. Talk of a V versus Y versus L versus U versus Nike dash recovery abounded.

Global growth is expected to be much higher than anticipated, vaccines are being rolled out to mixed degrees of success, financial markets remain elevated and South Africans are allowed to walk on the beach.

There are shadows still looming over certain economies, South Africa included. In the developed world, the Eurozone is trailing its counterparts in the race to vaccinate as many people as possible.

Infections are on the rise, with France experiencing a third wave worse than the ones that went before, and lockdowns threaten to slow the region’s nascent economic recovery.

South Africa’s economic recovery hasn’t been nearly as robust as the developed world’s. Covid infections are much lower, but the slow pace of vaccination puts the country at risk of a fourth wave.

In the US, President Joe Biden has significantly accelerated the vaccination rollout. This week he announced his “90-90” plan, which will see 90% of adults eligible for a vaccine shot by 19 April, and 90% of the US population not having to travel more than 8km to be vaccinated.

Against this backdrop, the latest Purchasing Managers’ Indices give a good indication of how much ground economies have recovered over the past year. At 58.6 in March, the US PMI is well into expansionary territory. It has recovered 41.5% from its lowest point in  2020 and is higher than its pre-pandemic, January 2020 level.

The Eurozone is not far behind, but commentators caution that the March PMI is not reflective of where the economy is now, because it doesn’t take into account the sharp deterioration in conditions in the past few weeks. The PMI is expected to reverse in months to come.

South Africa’s latest PMI is 54.5% off its low last year, but, at 50.4, it is by no means as convincingly in expansion territory. However, it is higher than its January sub-50 level, a reminder that economic conditions were anaemic even before the pandemic.

Arguably the most notable outcome of the past year has been the decoupling of the equity markets from what is happening in the underlying economy. When economic growth came to a standstill around the world, stock markets remained on their upward trajectory, reaching successive new highs.

One year on, the US’s Dow Jones Industrial Average is 51.8% higher and the Nasdaq is 69.4% ahead. This year the cyclical counters have gathered pace as growth optimism has mounted, with the Dow Jones increasing 8.4% year to date, versus the Nasdaq’s 1.3% advance.

In South Africa, the JSE All Share Index has gained an impressive 59.5% over the past year — ahead of the US benchmark heavyweight index. This year’s 13% gain puts it ahead of the advances in the US, UK and the Euro benchmark stock indices.

Talk of valuations becoming overextended, and of a bubble in the making, has done the rounds since 2020 but, so far, it’s come to nothing. The consensus is that there are sufficiently powerful forces at play this year to keep the bull market in place, even though, as a Deloitte Insights commentary points out, the cyclically adjusted price-earnings ratio of the US stock market is now the second-highest it has ever been.

While this could be taken as evidence of a speculative bubble, it says usually it is the preemptive tightening of monetary policy that serves to burst a bubble that has developed, and it doesn’t foresee that happening in the near term.

Perhaps the “greater economic reawakening” envisaged by Blackrock in the second quarter will provide a fundamental underpinning to stock market valuations, particularly the cyclical and reopening stocks that have done so well this year. Blackrock has a constructive view on US stocks going forward.

UBS sees the outlook as likely to be characterised by high growth, rising inflation, low interest rates and ongoing volatility. It recommends that investors position themselves for reflation, go on a hunt for yield and take advantage of the volatility it anticipates will remain present in financial markets.

The one economic metric that was the least troublesome in 2020 was inflation, which either moved sideways or eased off as the pricing power of companies disappeared during lockdowns. But 2021 has seen concern about inflation returning alongside the celebrations about potentially more vigorous growth.

US inflation has the greatest potential to change the state of play in global financial markets, and is lower at 1.7% in February versus 2.3% in February 2020. The inflation rate is expected to pick up to about 2.5% in the next few inflation prints, but then fall back to just above 2% as base effects are removed from the equation.

With the Fed’s new inflation averaging approach, this should be no problem because inflation will be allowed to run hot — in other words, exceed 2%, for as long as the central bank doesn’t believe it poses a structural risk to the economy.

The Fed changed its monetary policy approach specifically to give it more flexibility to take the decisions it won’t know are needed until they are needed. There are still many unquantifiable variables at play, which is why volatility is expected to remain ever-present this year.

But the human condition is such that people need to believe there is light at the end of the tunnel to face the future with any modicum of enthusiasm. Fortunately, a year down the line, 2021 has started to give us that. DM/BM