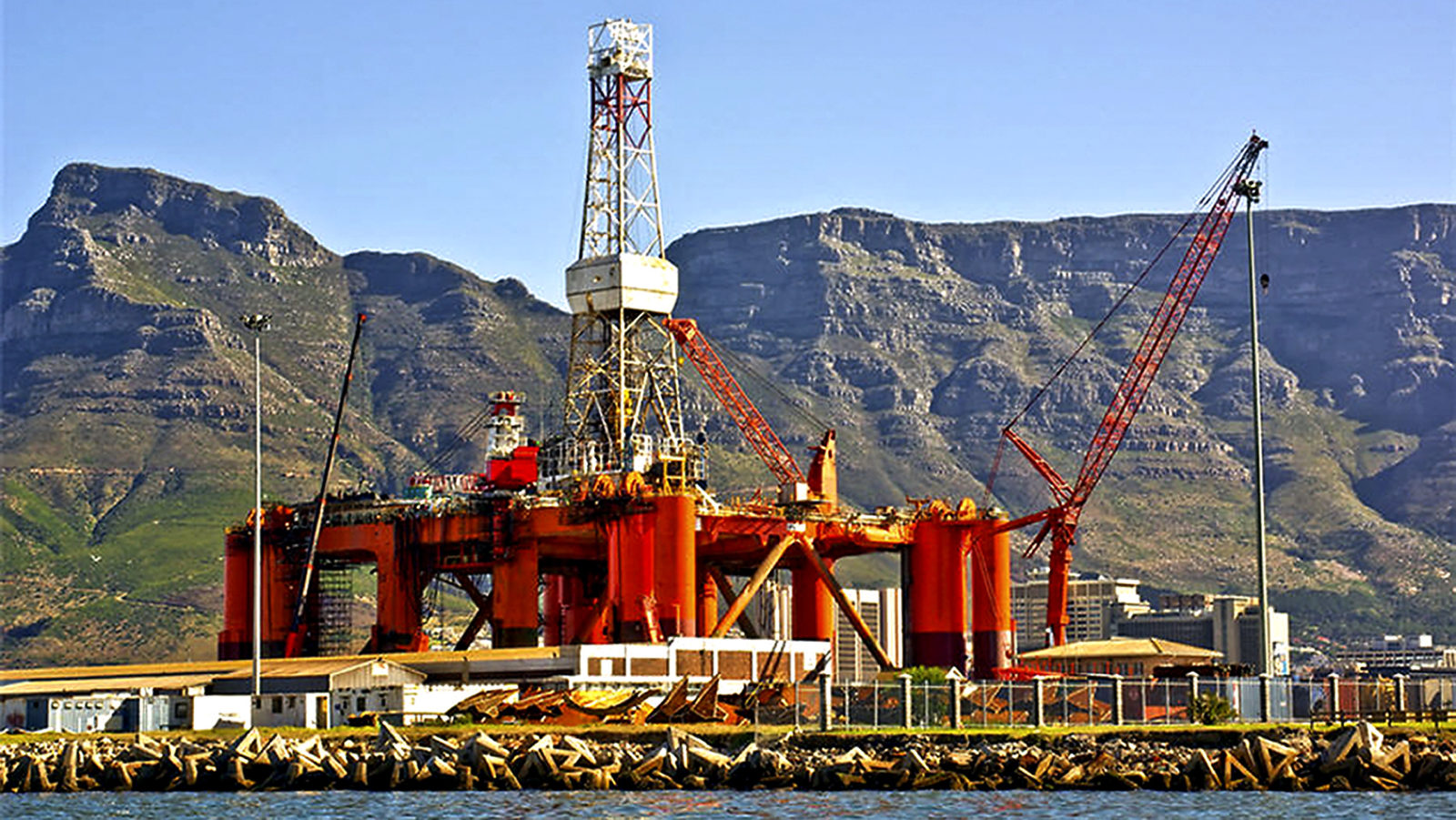 Africa’s history has shown that the voracious behaviour of multinational oil and gas companies, combined with corrupt and under-capacitated governments, spell disaster for the environment and the human rights of poor and marginalised people living in affected areas.

Oil and gas extraction can lead to serious human rights abuses, particularly in Africa, where governments consistently demonstrate that they have neither the will nor the capacity to monitor and control the effects for those most affected. Add climate change to this, which is already affecting parts of Africa, and the negative effect on people’s human rights becomes even more severe.

In early 2019, the French firm Total claimed to have discovered a billion oil barrel-equivalents of oil and gas about 100km offshore from Knysna. This stretch of South Africa’s coast, the Garden Route, starts in Mossel Bay and ends at the Tsitsikamma National Park. This is just one of the many blocks around our 3,000km coastline earmarked for offshore oil and gas mining. And according to the project’s Environmental Impact Assessment’s scoping report, Mossel Bay is Total’s intended base for its mining operations.

While economists and politicians celebrate, one could argue that this discovery represents a major threat to South Africa’s already half-hearted commitment to emission cuts in the Paris Climate Agreement. In addition, South Africa’s mineral and petroleum legislation, in its current form, has no framework for regulating offshore exploration and exploitation. The Department of Mineral Resources and Energy seems ill-suited to deal with environmental risks that these activities may bring, while the Department of Environment, Forestry and Fisheries appears to lack the mettle to hold other departments and polluters accountable.

Besides the environmental perils that may be unleashed, such as a blowout or oil spillages, the marginalised and poor will bear the brunt of this new development in South Africa.

We must ask ourselves: Will exploiting these resources do more harm than good? The April 2010 blowout of the Deep Water Horizon drilling rig in the Gulf of Mexico — the largest marine oil spill in history — should serve as a clear warning and reminder of the dangers of offshore extraction processes. It was only after five months of oil spewing into the ocean that the British multinational oil and gas company BP, which was found to be guilty of gross negligence and wilful misconduct, was able to contain it. Ten years on and the impacts on the environment, people’s health and the loss of 22,000 jobs continue.

Yes, the possibility of a blowout occurring on our beautiful and world-famous Garden Route coast may seem remote, but the popular line that this find will bring prosperity and riches to our country is more likely just smoke and mirrors when one considers the true impact of oil and gas drilling. The evidence shows that, in Africa, human rights of vulnerable populations in lower-income groups take a blow when the oil and gas drilling begins. It is their constitutional rights to life and a healthy environment, their freedom of expression and access to adequate food, clothing and shelter that are the worst affected.

Twenty-six years ago, the execution of environmental activist Ken Saro-Wiwa by the Nigerian state brought international attention to the voracious behaviour of companies such as Shell, and its complicity in the most violent forms of repression.

In January 2021 in The Hague, a landmark verdict was announced when Shell Nigeria was finally found responsible for oil spills in the Niger delta. The case — filed in 2008 by farmers and fishermen whose land and livelihoods were decimated by these oil spills — found that Royal Dutch Shell violated its duty of care. There is a long history of communities fighting for their human rights against the impact of millions of barrels that have leaked out across the Niger Delta, the root cause of the ongoing environmental and human tragedy.

In Uganda, oil and gas exploration and exploitation have caused communities to have their farmland destroyed and water sources contaminated. A conflict has arisen between those who want the exploitation to continue and those who are trying to speak out against human rights abuses that are occurring. Total has been unable to stop these rights abuses or to address the most serious challenges and cases of threats of attack against communities, or human rights defenders who speak up.

Over the past 10 years in the Cabo Delgado area of Mozambique, the government forcibly removed whole communities from state-owned land after granting mining and gas exploration concessions. According to a recent report by Save The Children, people lost access to land, food and shelter. The devastating conflict that has arisen in the area has led to children, some as young as 11 years old, being beheaded. More than 670,000 people have been displaced, 2,614 people have died and one million people are facing severe hunger as a direct result.

According to human rights campaigner David Matsinhe, these grievances have fuelled the conflict more than any influence from international terror groups. Cabo Delgado was an undeveloped area before the oil and gas mining began, and according to Inocência Mapisse, a specialist in oil and gas, the government has not invested any money in the area since the mining began. Estacio Valoi, a Mozambican investigative journalist, said that on top of the conflict, Mozambique was still trying to recover from Cyclone Kenneth. This is an example of how climate change can exacerbate risks to already underdeveloped countries.

However, these violations are not solely the fault of the companies, but also that of corrupt governments who lack the will and capacity to protect people and the environment. This all contributes to an Africa that is, once again, ripe for looting. We see, time and time again, that the vast majority of African people suffer the destruction of their land and pollution of their water — which severely affect their health and livelihoods — while companies and a few connected power elites make billions. DM/MC

Linda Arkert is an environmental social worker. She works as a specialist researcher for The Green Connection, an environmental justice organisation running the “Who stole our oceans” campaign. Working with small-scale fishing communities around the country, the goal is to empower coastal communities to better protect themselves and the ocean by creating awareness of their rights as well as of legislation.