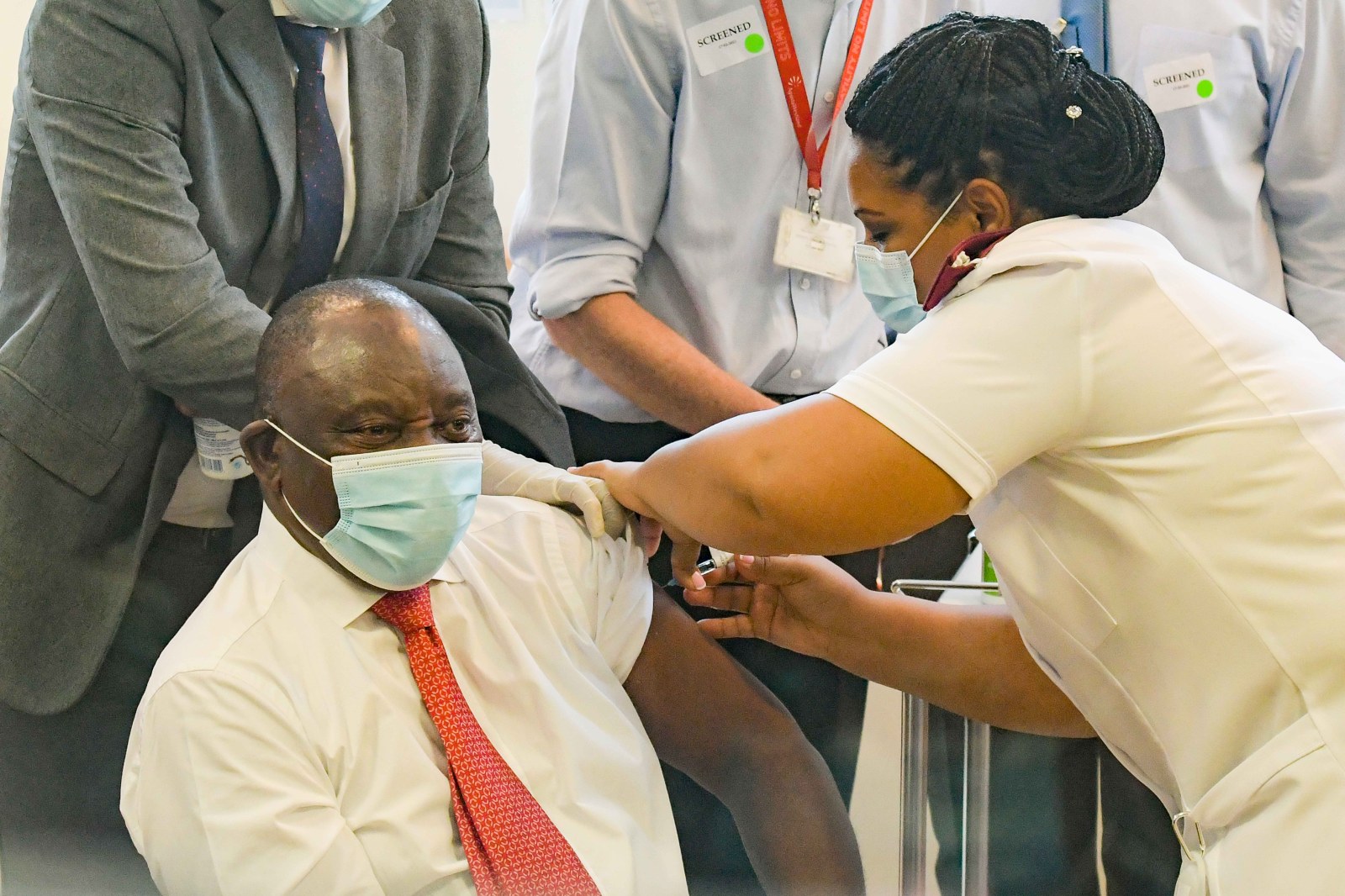 ‘South Africa has squandered the opportunity to protect half a million of its most vulnerable citizens.’

A group of eminent South African physicians has published an article in the South African Medical Journal (SAMJ) that is highly critical of the government reselling AstraZeneca (AZ) vaccines to the African Union (AU).

They include one of the country’s leading vaccinologists, University of the Witwatersrand (Wits) Dean of Health Sciences Shabir Madhi, his counterpart at the University of Kwazulu-Natal, Mosa Moshabela, leading infectious disease experts Marc Mendelson from the University of Cape Town, Jeremy Nel from Wits and Francois Venter from Wits, and Alex van den Heever, a leading health economist at Wits.

The sale has been concluded despite the B.1.351 variant, the dominant variant during South Africa’s second wave, circulating in much of the rest of sub-Saharan Africa where, they believe, it is also likely to be dominant.

They argue further that “South Africa has squandered the opportunity to protect half a million of its most vulnerable citizens before the next resurgence, with massive healthcare and economic cost. Alternatives to the AZ vaccine will not be available to South Africans within the next few months to make up the shortfall.”

No-one is sure exactly why the Department of Health has decided not to use the AZ vaccines, as no documentation relating to the Ministerial Advisory Committee on Vaccines (MAC-Vac) has been published in the public domain since 3 January 2021.

Even more mysterious is the sale of the vaccines to the AU. “If the South African authorities truly believed that the AZ vaccine did not work, why was it sold on to the African Union, and why would they purchase it?” the authors ask.

But the decision is assumed to relate to concern about the lower efficacy against the B.1.351 variant. This followed findings from a study conducted in South Africa, which demonstrated 75% reduced risk of mild-moderate Covid-19 (due to the first-wave virus), but with no significant protection against mild-moderate disease due to the B.1351 variant.

The problem with this study, in which Madhi was the chief investigator, is that there were no severe Covid-19 cases in either the vaccine or placebo arms, as participants were young and largely healthy. So the trial was unable to assess whether the AZ vaccine protects against severe disease, which is seen mostly in older patients and those with serious comorbidities.

The AZ vaccine, like several other Covid-19 vaccines, may not provide protection against mild Covid-19 caused by the B.1.351 variant because the variant is resistant to antibodies the body develops in response to the vaccine. But the vaccines are likely to still give protection against severe disease because vaccine-induced cell responses are largely unaffected by mutations in the B.1.351 variant.

Where the AZ vaccine is in use, mortality in vaccinated populations has plummeted, including in the United Kingdom, home to its own more-infectious and virulent B.1.1.7 variant – evidence the authors regard as “highly reassuring”.

South Africa’s muddled procurement strategy, they argue, is further demonstrated by its commitment to buy 20 million doses of the Pfizer vaccine for which there is no clinical evidence of efficacy against the B.1.351 variant. They agree with the decision to purchase the Pfizer vaccine, but argue that it makes a mockery of the argument that the AZ vaccine is unsuitable because of a lack of data against severe disease caused by this same B.1.351 variant.

South Africa lost about 8.2% (R389-billion) of gross domestic product in 2020 due to the Covid-19 pandemic. The cost, depending on the vaccine used, to vaccinate everyone who needs it, is between R8.6- and R16.4-billion – a relatively small price to pay.

Professor Linda-Gail Bekker, also a leading infectious disease expert based at UCT, has a different view. “I understand the sense of anxiety and urgency expressed in this article,” she told GroundUp. “I feel the same! I’ve witnessed first hand what it feels like to ration health care workers.”

But Bekker said that other than the Novovax and Johnson & Johnson vaccines, no other vaccines have been shown to be effective against the new local strain yet. She agrees the AZ vaccine is safe but is worried that if it turns out to be ineffective, public trust in the vaccine programme will be undermined. “I think data is the villain here — it’s missing!” she wrote by email.

She said, however, “I wonder if we could have come up with a way to roll it out as a research study while carrying out monitoring and evaluation, a bit like we are doing with the [Johnson & Johnson vaccine and the Sisonke study]. It would have had to be with informed consent.”

Bekker emphasised she is not on the MAC-Vac and had no role in its decision. DM