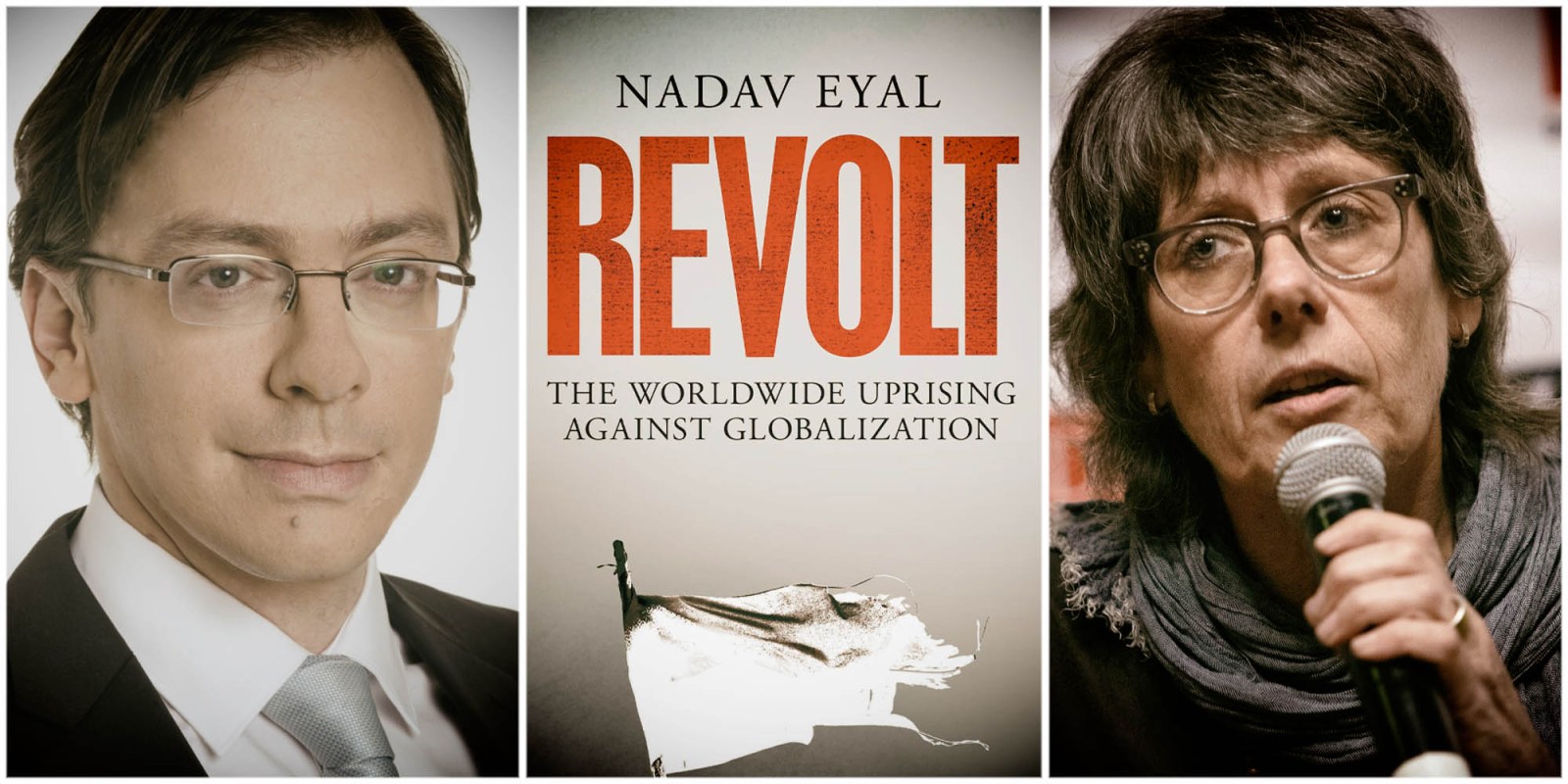 Critiques of globalisation are nothing new. But Israeli author Nadav Eyal’s bestseller, ‘Revolt: The Worldwide Uprising Against Globalization’, is striking a chord worldwide as realisation grows that the current global order is unsustainable. In a Daily Maverick webinar, Eyal unpacked some key insights.

Revolt is the new status quo. That is the central thesis of Israeli journalist Nadav Eyal’s new book, Revolt: The Worldwide Uprising Against Globalization, in which he uses a succession of vignettes to tell the story of a world in the throes of a cultural crisis.

In a Daily Maverick webinar hosted by journalist Marianne Thamm on Thursday, Eyal suggested that the period following World War 2 was one of unusual global consensus after the devastation of that conflict. A man who had served in the Nazi Wehrmacht and Eyal’s own grandfather – who lost his family in the Holocaust – would have felt similarly about politics, said Eyal: that “the time was now for caution”.

Extremist nationalist candidates did not meet with success in the west at this time due to this cautious spirit, which also allowed international institutions to flourish. It was in this climate, said Eyal, that governments could come together and regulate the use of chlorofluorocarbons (CFCs) in such a rapid and efficient manner in the late 1980s.

“That era of global unity is over,” Eyal stated flatly.

The evidence for this is very clearly in the way the world is dealing with – or failing to deal with – the climate crisis.

“We know that the age of responsibility has died,” said Eyal.

What has replaced it? A world in which both the left and right wings are moving further and further from the centre, and where toxic nationalism and populism is thriving. Key figures are the likes of Russian leader Vladimir Putin, who Eyal says cannily noted early on that the economic system of globalisation would threaten local traditions and cultures.

Putin has used resistance to the capitalist global system to his advantage, Eyal said. In this sense, the far left and far right actually have much in common – except that the far right lacks the “humanist values” of the left.

What Putin understands, Eyal believes, is that if building blocks between countries can be destroyed, a world can be created based on nationalism and not liberal capitalism.

Said Eyal: “That is the world that Putin wants.”

Perhaps no global event has indicated how interconnected the world now is more than the Covid-19 pandemic, which was able to spread from Wuhan in China across the globe in a matter of weeks. But the pandemic has also revealed how hollow and toothless the instruments of global cooperation really are when the chips are down – and how self-interested Western governments can be in pursuit of vaccines.

But this is the true nature of globalisation, Eyal believes: a world in which the west has extracted as much as it can from the rest of the globe to serve its own interests.

In Eyal’s view, Africa and South America in particular are rife with what he calls “exploitation hubs”: places where Western corporations come in, exploit resources and labour, and leave.

“The good news is that this is not sustainable any more,” Eyal said.

“Nowadays the local citizenry rises up… They are literate and know their rights.”

For this reason, exploitation hubs now need to move across the globe “more quickly and more ferociously” and this unsustainability is one reason he is ultimately optimistic about the future.

Another feature of the current global state of revolt, suggested the award-winning Israeli journalist, is what he terms “the implosion of truth”: the epidemic of fake news in tandem with the torrent of lies now told by politicians like former US president Donald Trump.

The rise of the internet and Google, Eyal suggested in an intriguing argument, means that people increasingly do not want to have factual discussions any more because they can be quickly proved wrong on points of fact.

“It’s all about what people feel now,” Eyal said, adding: “This thing is threatening the structures of truth everywhere now.”

Yet the problem is not with technology per se, he suggested, nor even social media. These platforms have merely “exposed us for who we are”.

Regarding Trump, Eyal is part of the school of thought that urges us to count our blessings that America’s first flirtation with authoritarianism came in the form of such a bumbling individual. In this sense, Eyal thinks of Trump as the “weakest horseman of the apocalypse”, holding the gate open for others to come.

“The future lies with complex and complicated places, like Israel, Palestine and South Africa,” he said in conclusion.

“We understand the complexities of societies that are really different… And this is the challenge of our time.” DM

Nadav Eyal’s Revolt: The Worldwide Uprising Against Globalization is available for purchase from the Daily Maverick shop.