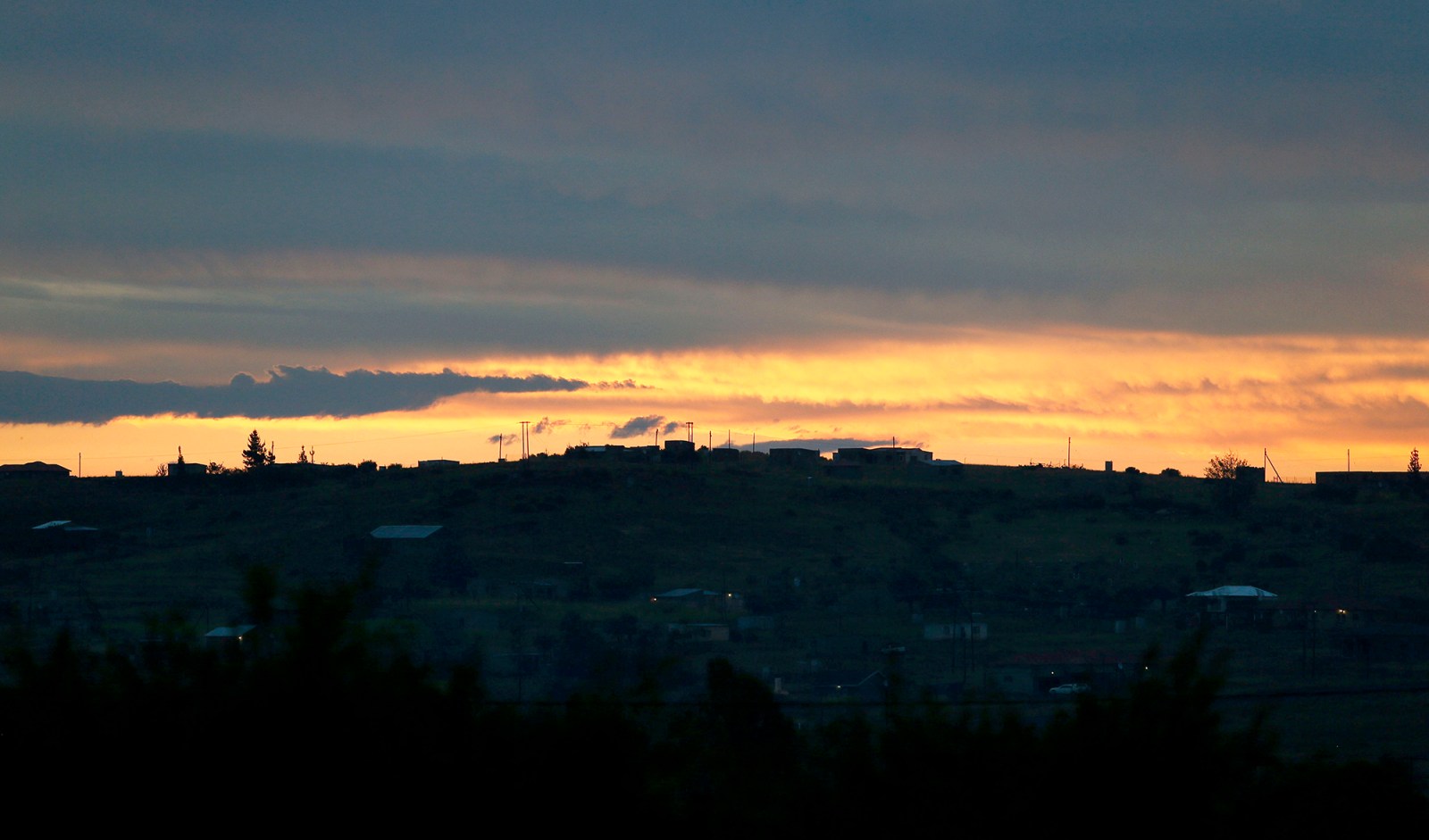 Sunset over the village of Esilindini in Sterkspruit, Eastern Cape, where lives have been affected by Covid-19. (Photo: Felix Dlangamandla)

This week I thought of the transformative power of ‘Dr Max Goodwin’s’ ‘How can I help?’ catchphrase amid shocking reports of the public healthcare system in the Eastern Cape being on the brink.

How can I help?

This is not a phrase we hear often in real life. It is the mantra of TV medical drama series New Amsterdam, which is a welcome distraction from the everyday depressing reality of the global Covid-19 pandemic.

The simple yet effective catchphrase “How can I help?” is introduced in the first episode by Dr Max Goodwin (Ryan Eggold) when he meets the hospital staff as new director of the New Amsterdam hospital, modelled on New York City’s Bellevue public hospital. “I work for you so you can work for your patients. How can I help?” he kicks off, assuring the team that he is not posing a trick question.

The high-octane, badass, altruistic doctor, on a mission to make a difference, adopts this phrase to invigorate a moribund health service and transform it into a public service that cares, one that puts patients first.

His question has a different intent to the ubiquitous customer care phrase: Can I help you? It’s an attempt to empower patients to explain to him how he can make a difference.

The series has been justly criticised for a lack of subtlety but, from my couch, its redeeming qualities are compelling. It’s an uplifting, can-do tonic.

This week I thought of the transformative power of Goodwin’s question amid shocking reports of the public healthcare system in the Eastern Cape being on the brink.

In an open-letter editorial in Daily Maverick, Eastern Cape veteran journalist Estelle Ellis appeals to Health Minister Zweli Mkhize to step in. Clinical and nursing vacancy rates are as high as 60% in some departments. The province is sitting with R4-billion in unpaid bills. Doctors double up as porters. Patients, including newborns, are turned away because there is no space in the intensive care unit. Surgery is impossible because unions are blocking the anaesthetist from the hospital. Children who have waited for two years face death because of lack of capacity to operate. Young cancer patients cannot be admitted because a ward is infested with antibiotic-resistant bacteria.

The list of systemic failures and examples of human suffering goes on and on. In Motherwell, the elderly walk kilometres to get access to clinics. Mobile clinics operate without water, electricity, antiretrovirals or TB medicine. Patients are forced to relieve themselves in the veld. Patients line up and wait in vain for a doctor, or they must try again on another day, or write a letter for the suggestions box.

This is breaking healthcare workers, Ellis tells Mkhize. “You can see it in their eyes. If you ever wondered what emotion it is that comes after anger and despair, I can tell you that it is a sort of malignant resignation…”

This collapse has been unfolding in slow motion for some time. The system has failed healthcare workers and failed the people they want to help.

The descent into malignant resignation extends beyond the healthcare system in the Eastern Cape. Countless good people in SA, who have been trying to deliver services and uplift communities, are being ground down amid an implosion of private and public sector corruption and greed, unaccountability and indifference.

Ellis also writes of the determination of individuals who are pushing on. At Dora Nginza Hospital, the core paediatric centre in the province, where staffing shortages are severe, one nurse is working – for free. Another, who has specialised training, has offered to work for free, but has not yet received permission to do so.

Communities are struggling against failed services and endless waits for housing, care, sanitation and job opportunities.

And yet, despite being let down, regardless of the failure of the system that is meant to serve them, people continue to wake up as the sun rises, to go about their day. They go to sleep at night, hoping that the next day will be better. This stoicism and hope were poignantly demonstrated when Daily Maverick photo editor Felix Dlangamandla circulated some evocative photographs he had taken of daily life in the rural surrounds of the Eastern Cape via WhatsApp this week, while covering the story of a province on the brink.

Ending this deterioration is one of the motivations behind a new campaign, Defend Our Democracy, initiated by activists and stalwarts across political affiliations. What will it take to assist SA towards redemption and away from malignant resignation?

It will take all of us to reboot our democracy, to build a new culture of care, in which private and public sector bosses and staff – and particularly elected representatives – genuinely put people first, so that Batho Pele has real meaning, premised on the question: How can I help? DM168