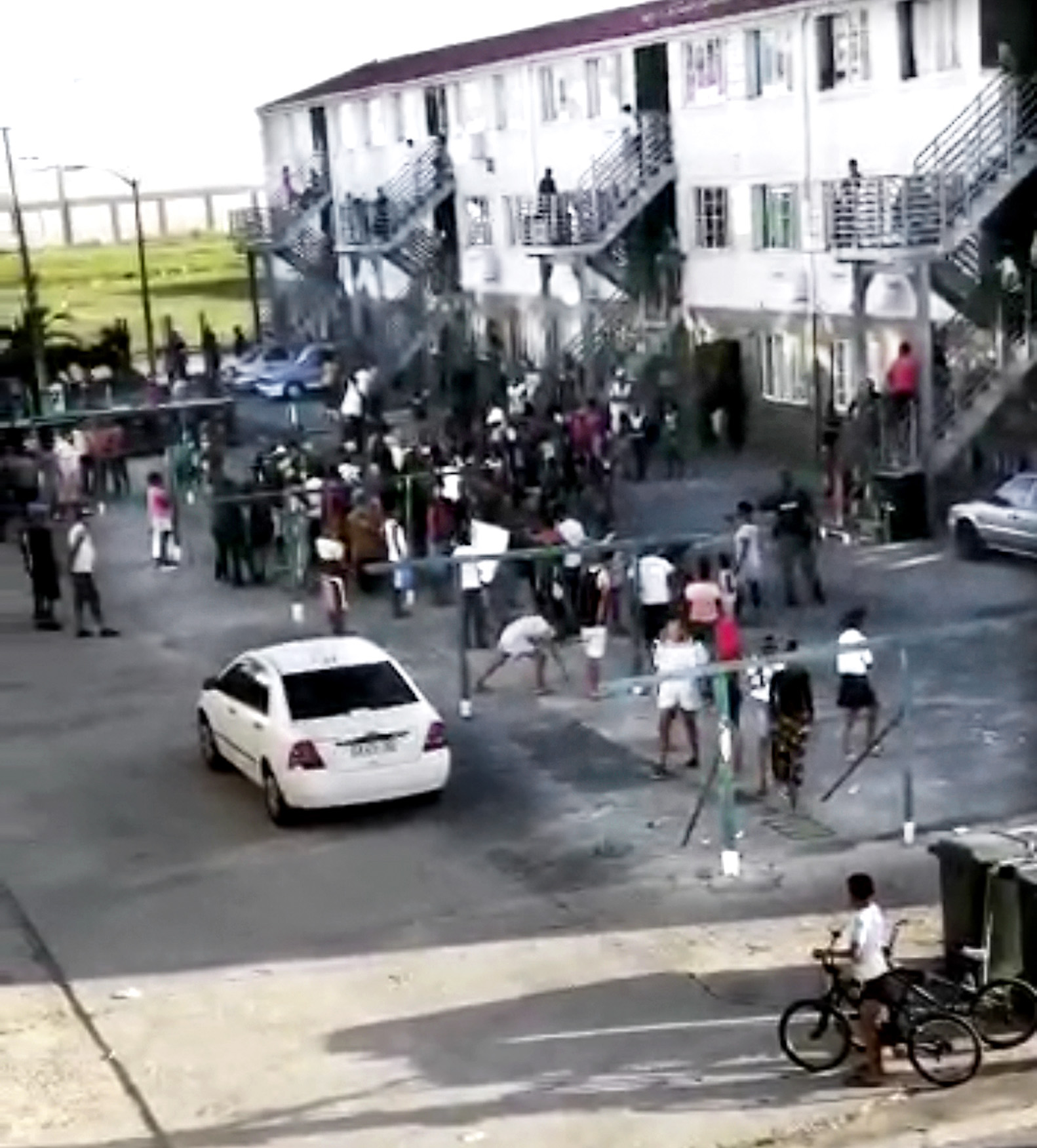 Police have stepped up patrol in Hanover Park and looking for a suspect who allegedly shot five people on Thursday in Algoa Court in Hanover Park, Cape Town. (Photo: Supplied)

A woman living in Algoa Court and speaking on condition of anonymity said this incident was preceded by an earlier incident where an Americans' gangster was wounded by one of his own.

The incident, which happened around 5.30pm on Thursday, 25 March, saw panic-stricken residents ducking and diving for cover and frantically running to lead their kids to safety.

The gunman, known by residents and an alleged Americans gang member, went on a shooting spree, wounding the little girl, a teenage girl, two women and a 26-year-old man. The girl was rushed to Red Cross Hospital, where she underwent emergency surgery.

A woman living in Algoa Court and speaking on condition of anonymity said this incident was preceded by an earlier incident where an Americans gangster was wounded by one of his own.

“This shooter fled and was later spotted in Algoa Court. He was pursued and a shooting ensued which left five people wounded. The four-year-old girl was shot in the side of the head and ran home where she collapsed in front of her granny. She lay in a pool of blood and was rushed to the hospital. Everyone in Hanover Park is saying a prayer and duas for the little girl. We all have faith that she will pull through,” she said.

Police spokesperson Colonel André Traut confirmed that a 20-year-old suspect was arrested on Friday, 26 March, in connection with the incident. The suspect will appear on Monday, 29 March, in the Athlone Magistrates’ Court.

Aysha Meyer (66), a community worker in Hanover Park, said she knows the trauma and agony parents endure when their children are killed.

“Two years ago my 15-year-old grandchild was killed in Hanover Park. He was used by gangsters and look at what happened to him. After every killing, people march to the police office and stage protests in front of the courts. As soon as a march is finished, the bullets rain down on us.

“As a mother and grandmother, I’m so tired of watching innocent people being killed in our communities… The shootings have been going on for years and there doesn’t seem to be an end in sight,” Meyer said.

Gang violence is not only a problem in Hanover Park. It is also prevalent in areas like Manenberg, Heideveld, Gugulethu, Khayelitsha, Bishop Lavis, Elsies River, Kraaifontein, Kleinvlei, Delft and Atlantis.

Avril Andrews, founding member of “Moms for Justice”, commenting on the violence perpetrated in gang-infested areas, said there are many dynamics at play when it comes to gang-related shooting incidents. The shooter has no idea what is happening around him, she explains.

“The shooter in most cases is not educated. He is given the gun and told to do the shooting. What happens next is a retaliation. For them, it is like playing in a movie and a case of survival. If you don’t shoot your target, then you will be shot,” Andrews said.

She says school dropouts are often recruited by drug and gang kingpins.

“School teachers don’t have the time to deal with school dropouts and neither do many parents. A lot of our parents are not equipped to deal with this growing problem of gang violence. Parents are already overburdened with their own domestic problems, including unemployment and poverty,” she said.

Andrews said the problem is compounded by the lack of institutions where school dropouts can be placed. As long as children are roaming the streets, they become easy targets for the wrong elements, she explains.

“We are sitting with a huge problem. We need a holistic approach to deal with the problem of gang violence affecting our communities. Something needs to be done immediately to accommodate the large number of school dropouts.

“It is important that we close that gap… we need to push the government to make sure that all children are in schools,” she said.

Confirming the shooting, police spokesperson Traut said police are probing the circumstances that led to an incident when five people were shot and wounded at around 5.30pm in Algoa Court, Hanover Park.

“Four female victims, aged four, 15, 29 and 35, and one male victim aged 26 were admitted to hospital with gunshot wounds.