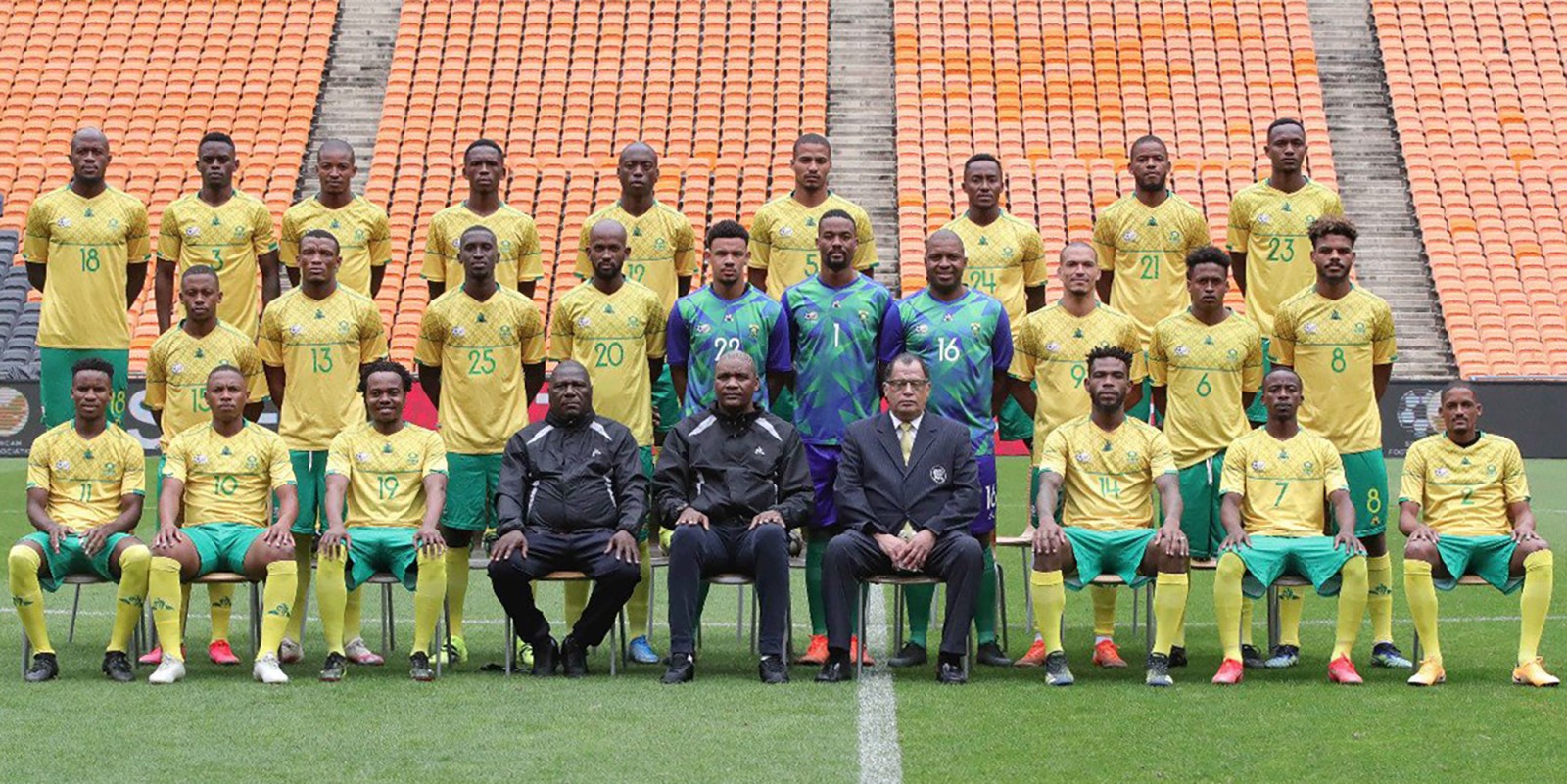 South Africa lost to Sudan 2-0 on Sunday. Bafana Bafana put on yet another disappointing show, falling at the final hurdle in their attempt to qualify for a second consecutive Africa Cup of Nations tournament. As a result, Molefi Ntseki’s job as head coach is in doubt.

As early as the eighth minute of the game, it was set in stone that South Africa would not qualify for the Africa Cup Nations (Afcon).

Percy Tau, having been fed by Luther Singh from the right, and with just the goalkeeper to beat, was not quick enough off the draw to stroke home an equaliser after Sudan had taken an early lead.

Instead, a Sudanese defender put himself between the goal and Tau, preventing South Africa’s best player from scoring a much-needed equaliser.

After all, Bafana Bafana needed a mere draw to book their ticket to Cameroon in 2022.

It wasn’t to be as the Sudanese made full use of their home ground advantage, with 1,000 fans cheering them on. The north African nation eventually vanquished the South Africans 2-0 to book their spot in Cameroon alongside Group C’s winners, Ghana.

“They will be coming at us and we already have a plan for that. They have to play to win, a draw is not going to help them. So, in this case, they will have to come at us and coming at us… we have very good players who can play on the transition and get us a win,” had said a confident Ntseki in the build-up.

He didn’t bank on the Sudanese penetrating his defence with five minutes on the clock, which meant that the power dynamic shifted and it was now his Bafana side that had to come at Sudan.

Come they did, but the home side’s defence, and in particular their goalkeeper Ali Abdalla Aboeshren, were up to the task. The goal minder made a couple of smart saves as Bafana frantically fought for an equaliser.

The visiting side created their best chance through captain Thulani Hlatshwayo, who looked to have finally breached the stubborn home defence. However, the woodwork prevented the ball from finding its way into the net, piling on the frustration and desperation for Bafana.

Their misery would soon be compounded as Sudan doubled their lead through Abdel Raman soon after that sequence of play. For the rest of the game, the home side held out to see themselves home and dry. They finished with 12 points, leapfrogging Bafana, who finished on 10 points, to second place.

It is now the fourth time in 11 years that Bafana will miss the biennial continental showpiece. Previously they failed to qualify in 2010, 2012 and 2017.

It remains to be seen what will become of Ntseki. One of his mandates was that he ensured South Africa was among the 24 nations in Cameroon in 2022.

Earlier this month, Ntseki sounded assured of his ability to see the national team achieve the Afcon qualification mandate.

After this failure, it seems this soldier will be lost on the battlefield. After all, his employers, the South African Football Association (Safa) had made it clear that qualification for Afcon was imperative for him to keep his job.

With the Fifa World Cup just 20 months away in Qatar, the Safa hierarchy might not see Ntseki as the man to lead Bafana to their first World Cup qualification since 2002. In 2010 they qualified automatically as the host nation.

Alternatively, they might see this as just a stroke of bad luck and give the coach the benefit of the doubt.

He did lack some crucial pieces to his puzzle with players such as Keagan Dolly, Bongani Zungu, Thulani Serero, Kermit Erasmus, Bradley Grobler and Dean Furman all missing out through injury or being blocked by their clubs from travelling for national duty because of Covid-19.

It remains to be seen how the saga will play out, but this is yet another embarrassing and disappointing outcome for the national team. DM