The horror that pregnant women in the Eastern Cape endure 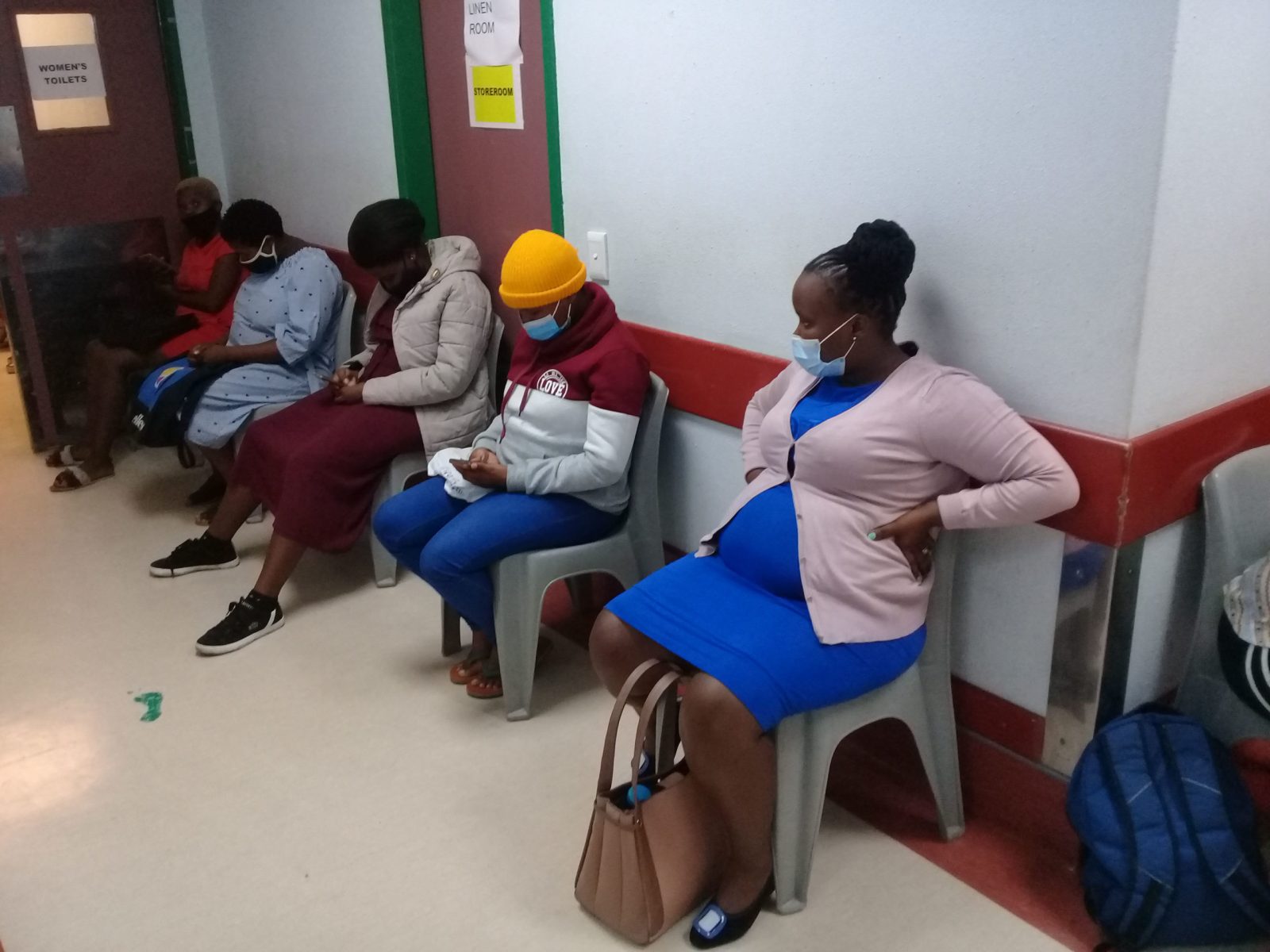 Pregnant women in the Eastern Cape have received shocking treatment of hospitals and clinics. Photo: Supplied

Mothers tell of the heartbreak of being pregnant in the Eastern Cape, where an investigation is underway into negligence at clinics.

This article was produced in collaboration with Spotlight.

An investigation into the state of the Eastern Cape public health system has uncovered stories of extreme trauma experienced by pregnant women at the hands of clinic and hospital staff.

This week, Nomakhosazana Meth, the MEC for Health in the province, ordered that disciplinary action be taken against a doctor and a nurse for the mismanagement of a pregnant woman earlier this month.

The 29-year-old, from Mdantsane near East London, was sent home from the Nontyatyambo Community Health Centre. She gave birth to her premature baby at home. The baby was stillborn. She carried him back to the clinic, looking for help, but was told by a nurse to take the body to the police station.

The woman wrapped her baby’s body in a plastic bag and went to Cecilia Makiwane Hospital, where she eventually got help.

The woman said she believed her baby could still have been alive had she received swift medical care, instead of the painkillers the nursing staff offered her.

In the past year, while only seeing half of their normal patient load due to lockdown, there were 12 registered stillbirths at this clinic.

“I don’t want to hear the word Nontyatyambo in my ears anymore because I cannot erase it from my mind. I was disrespected and treated inhumanely at the clinic. As if the humiliation was not enough, someone posted my clinic file on various social media platforms,” she said.

An investigation ordered into the incident by Meth found that the woman had been seen by a registered nurse who was not trained in midwifery.

“The nurse did not do a physical examination of the patient. Had the patient been examined, the nurse could have confirmed if there was no vaginal bleeding. The doctor also did not examine the patient; she only took the history from the nurse and indicated to the nurse to give her some paracetamol, among other medications,” the report says.

“There is also no indication if the doctor took note of the elevated temperature and pulse. The doctor should have examined the patient especially because she knew that the patient was pregnant and came with what the doctor indicated is a urinary tract infection in pregnancy.”

No maternity record was opened for the woman and no attempt was made to indicate how the pregnancy had been managed. If the nurse and the doctor had examined the patient, they would have noted that the patient had been assaulted, the investigation found.

“In the facility, there is a maternity unit, the patient was not referred to the maternity unit. The facility indicated that there is a policy that states that pregnant women who are less than 24 weeks gestational age should be seen at casualty at night.

“When the said policy was requested, the facility brought guidelines on maternity care in South Africa (2016), which was the current guidelines. In the guidelines, there is a portion that indicates that pregnant women who are less than 24 weeks and present with minor ailments or vaginal bleeding should be referred to the hospital. It was noted that there was misinterpretation of the guidelines. This patient should have been seen by a nurse [trained in] midwifery and should have been referred to maternity and transferred to the hospital,” the report says.

Investigators further found that, after giving birth, the woman should have been observed for six hours – and not sent away.

“The facility did not have a policy on management of human remains, so the staff is not aware of the process to be done when the patient presents with a stillborn who died at home,” the report says.

According to information addressed to the health portfolio committee, about 80,000 people a year visit the Nontyatyambo clinic, which is the only community health centre in Mdantsane.

There are five unfilled vacancies for professional nurses, four for enrolled nurses, with another three being on study leave. The clinic does have its required six doctors and three data capturers, but only 50% of the required general assistants.

Eastern Cape Health Department spokesperson Sizwe Kupelo said Meth had ordered the investigation at the clinic following a number of complaints about negligence.

“The healthcare centre is the biggest primary healthcare facility in the area. As a result, many people go directly to it and bypass a referral system thus putting more pressure on the centre.

“The MEC has promised a thorough look at the challenges facing the clinic, including staff shortages. However, on the alleged adverse events at the clinic, which include the death of a newborn baby, Meth has promised decisive action once the investigation found wrongdoing or dereliction of duty.”

In a letter addressed to the Eastern Cape legislature’s health committee, Meth said that, of the 12 stillbirths at the clinic in the past 12 months, investigators could only access the records of four patients.

One of these patients had had raised blood pressure readings, but was given a date to return a month later instead of the prescribed week. Another patient did not have her blood pressure taken.

“The nursing service manager should write a notice indicating that all pregnant women must be seen at maternity during the night, because nurses that work in the maternity unit are trained in midwifery,” Meth added. She also asked that a nurse with advanced midwifery training be transferred to this clinic.

Twenty-nine-year-old Andisiwe Gungweni, who lives in Masiphumelele in East London, said she went into labour at around 6am on 17 October 2020. When she called for an ambulance, she says she was asked if her waters had broken. When she replied that they had not, she was told that the ambulances “were still being washed”.

Her waters broke while she was waiting for a bus to go to hospital. Members of the community first tried to find a nurse who would help her give birth but later put money together to pay for a private car to take her to Frere Hospital, where she gave birth to twins. One of the twins was in a breech position.

Gungweni said she had not been able to go for regular check-ups at the Greenfields clinic in East London as it was closed because of lockdown. As a result, she was unaware of any possible complications or even that she was having twins.

Another woman, 33, who asked to remain anonymous, said she, too, had a bad experience at the Nontyatyambo Community Health Centre.

In November 2020, she went to the clinic as she was experiencing pelvic pain. It took hours before she was assisted. She did not have her clinic card with her and says the nurses would not let her explain why. She says she only got assistance from a night shift nurse just before 7pm.

“I ended up crying out loud because I was in so much pain and no one was helping me.”

She added that the nurse asked her to take a pregnancy test first and asked her if she was pregnant. She told the nurse she didn’t think so, but wasn’t sure.

The nurse asked for a urine sample but then told her that the clinic had run out of pregnancy tests and that she should go and buy them herself. She managed to call a friend, who bought a test and took it to the clinic. The test showed that she was pregnant. She was put on a drip and a doctor performed an ultrasound scan. He said he could not see any sign of pregnancy.

She was then taken for blood tests and told to return on 4 December 2020 for the result. The nurse told her that her blood tests revealed that she was about eight weeks pregnant. By December 24, the pain had intensified and she went back to the clinic.

Despite another scan, the doctor said he still could not detect a pregnancy.

With the pain still persisting, the woman  went back to the clinic and was told that she was too advanced in her pregnancy for nothing to be showing up in the scan. She said a nurse suggested that she may have had an ectopic pregnancy and had miscarried.

“The staff at Nontyatyambo do not have care for their patients even though they know that we have no other option but to go there because we do not have the money for private doctors,” she said. “I really wish that they could change the way they work and that someone from the health department would monitor how they work and listen to patient complaints.” DM168

Andisiwe Gungweni gave permission to use her name, but we have not named the other two patients as they fear reprisal and have been left feeling very vulnerable after their ordeals.