The oldest fast food in the world 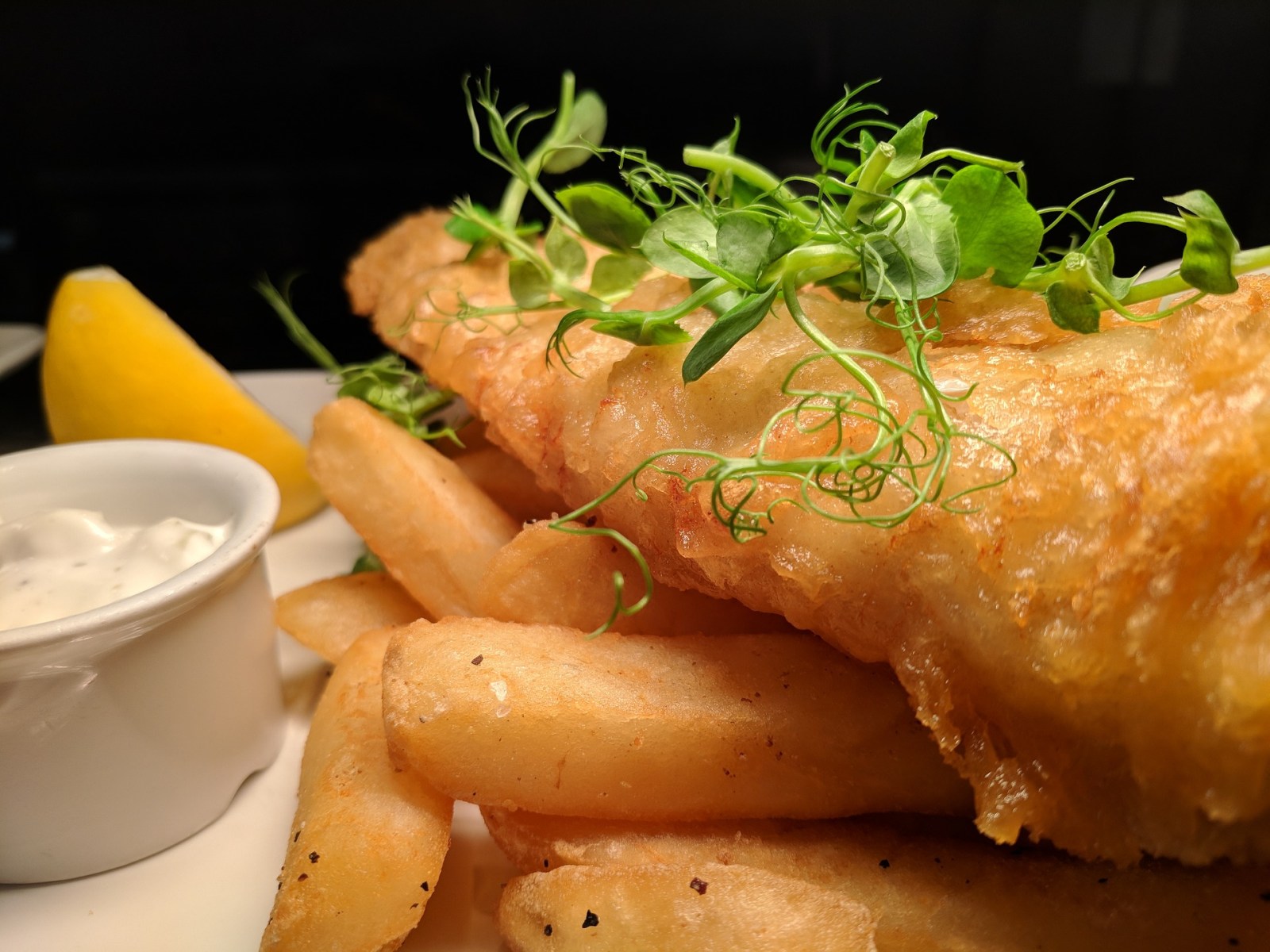 (Image by Alice Walker from Pixabay)

Where have all the chippies gone? Lin Sampson casts her net wide.

The writer supports The Hope Exchange, a group of people who provide food for the homeless in Cape Town. Please help them here

Coming out of a heaving Atlantic sea on a Sat afternoon, I said to my friend, “I am gek for fish and chips.” Funny how one’s working class background often surfaces on a Saturday arvie.

We searched Camps Bay where incomes rise to Croesian heights, seeking among sleek eateries that offer such exotica as “hand-pulled” greens, searching for an old fashioned chippy.

On my Tamboerskloof neighbourhood page, someone asks, “Has anyone considered opening a fish and chips shop in the hood? Why is this beautiful part of our culture missing in the CBD and surrounds? What I would give for a fresh piece of deep fried hake & slap chips with salt & vinegar close by.”

To start gathering string on the subject, I go to Koeberg Road, filled with strange fruit. The chippies (and there are many) are crowbarred between the ubiquitous Thai massage parlours, laundrettes and betting shops. Drugstore cowboys and crusty cod wobblers crack the street corners.

A supermarket is called Lorna Doone (is there someone in Brooklyn reading this Blackmore classic?). A neon notice flashes; Will God Shop, is it a question or a statement, who knows? A trickle of blood oozes from a parcel lying on a table.

Friday night and it’s full of popinjays in jammy rags. A man in a scarlet pin striped suit and cowboy hat shouts out words in formless spurts of loquacity. His voice has a vocal fry that sounds like Britney Spears singing “oh baby, baby”.

I count six fish and chip shops, people waiting for “parcels”. A parcel costs about R70, usually hake or snoek plus chips, and is easy filling for two. Nourishing as well, wrapped in thick white paper.

Fish is the gold of the Cape. Snoek, around R70 for a whole fish, can feed a family of up to 10 people with enough micronutrients to satisfy a speedrunner.

According to new research published in Nature magazine, millions of people are suffering from malnutrition despite some of the most nutritious fish species in the world being caught near their homes. While there is snoek in the sea nobody need starve.

I wanted to rate the fish and chips from various outlets. But fish and chips always taste the same, a sort of addictive combination of wallpaper glue, old stink and staircase balustrade. But once you crack open the sandblasted batter, there is sweet white flaky fish, soft on the senses, usually hake.

Personally I am not a fan of slap chips. They remind me too much of the private parts of certain animals. I like my chips crisp on the outside, fluffy in the middle and most important, cooked right through.

I have my favourite chippies, Manny’s in Imam Haron Road, Claremont, where I lived as a child. “Fish and chips are in my DNA, right here in the roots, my father had a fish shop and our whole family are fishermen,” says owner Manny Jardine.

“The most important thing is that the fish has to be fresh. A lot of chippies use frozen fish, and they don’t change their oil regularly. They think they’re saving money but all they’re doing is losing custom.”

There are famous chippies like Kalky’s in Kalk Bay and Snoekies in Hout Bay, but for something world class try Fish Hoek Fisheries.

The owner sources fresh fish, usually hake, every day (mainly from Hout Bay). His working day revolves around it. If the hake arrives at 4pm, he’ll probably be hard at work until 11pm that evening preparing the fish for the next day.

You can ask for light batter and also buy a whole fish which they will clean for you. I love the coarsely crystalline chips with the soft-as-snow fish flakes, succulent and white; also great fish cakes.

Sour foods go magically well with fish and although tartare sauce is a bit of a con, its acidity can cut the grease.

Make at home with supermarket mayonnaise or if you belong to the rare club of homemade mayonnaise-makers, better still. Chuck in plenty of parsley and capers; freshly ground black pepper.

Consider mushy peas; if any one food signals the ridiculously junky eating habits of the English, it is mushy peas.

Traditionally, mushy peas are made with marrowfat peas, which are mature peas left to dry outside in the field. But I just take a bag of frozen peas, drain them and stick in a blender. Add cream, butter, salt and pepper.

For the traditional mushy peas, buy a packet of Batchelors Bigga Marrowfat peas from Takealot, cook them low and slow and add a swoosh of baking powder for that echt mush.

The thing about real fish and chips is that they are set in time. Signature chefs have tried adding recherché accompaniments like celeriac roulade and apricot jus but for the real thing you need medium fries, rainy skies and newspaper wrapping in a real low rent neighbourhood. DM/TGIFood