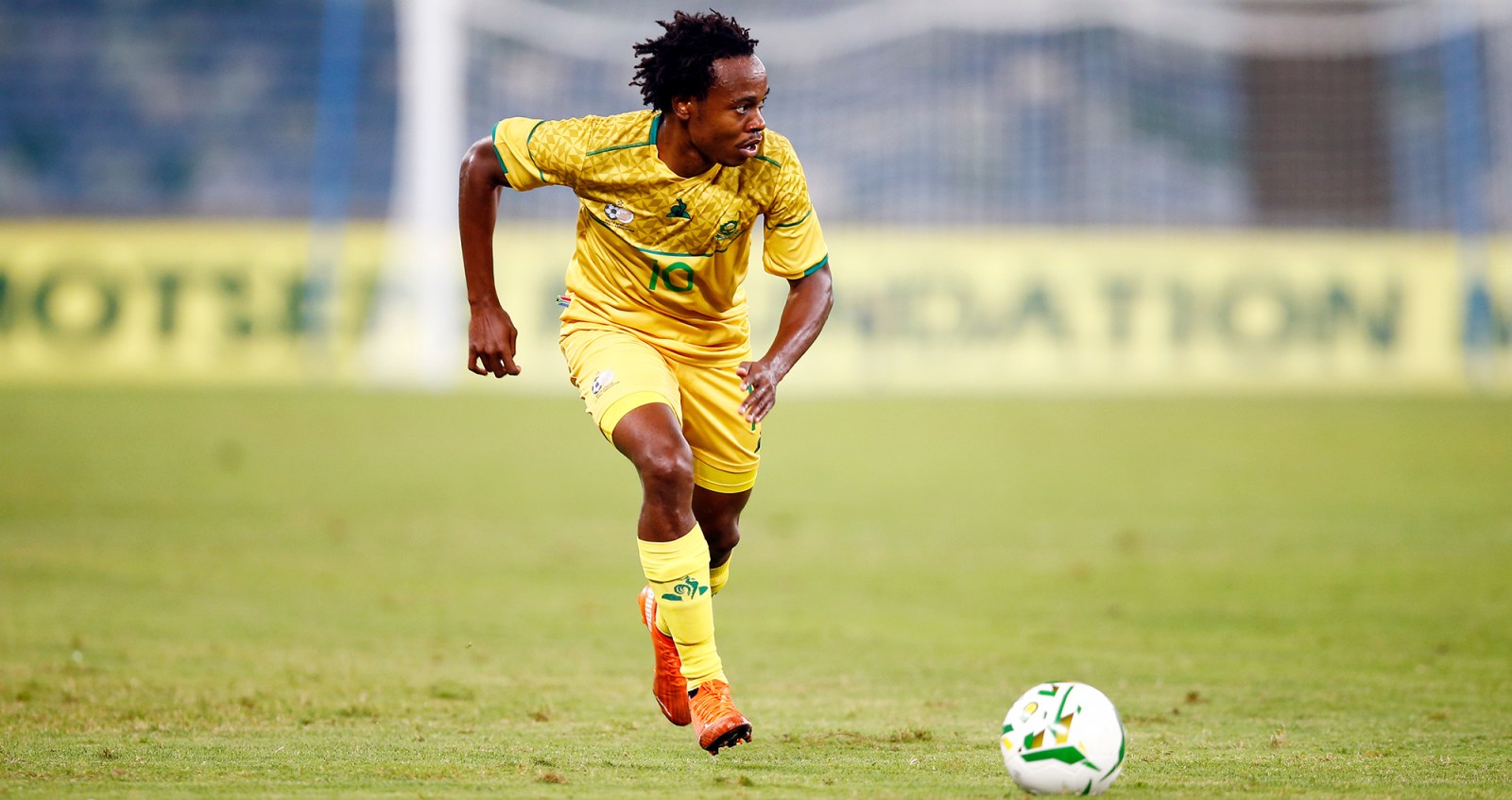 Percy Tau – pictured at the 2021 Africa Cup of Nations qualifier against São Tomé – came up with Bafana Bafana's equaliser against Ghana in their qualifying clash for the 2022 tournament. (Photo: Steve Haag/Gallo Images)

Bafana Bafana have one last hurdle to clear in their bid to qualify for 2022’s Africa Cup of Nations: avoid defeat against Sudan.

After drawing against Ghana, Bafana Bafana now shift their attention to the final and crucial game against Sudan in the 2022 Africa Cup of Nations (Afcon) qualifiers.

South Africa played to a one-all draw with the Ghanaians, who were without some of the best weapons in their arsenal, including the Ayew brothers and Arsenal’s Thomas Partey.

The man who grabbed Bafana’s equaliser, Percy Tau, said he and his teammates had done their best to secure three points in the game at FNB Stadium in Johannesburg.

“We did our best. People may not understand, but we hope that at some point they will understand that we’re also trying to win games but such results are part of football,” said Tau.

An outright victory over Sudan will see Tau and company qualify alongside Ghana, who effectively sealed qualification with their draw against South Africa thanks to a superior head-to-head over the other two contenders. They are level with Molefi Ntseki’s side on 10 points, with Sudan a point behind them.

The Black Stars are expected to rubber-stamp their first-place finish with victory in their final fixture against Group C’s whipping boys, São Tomé. The islanders are pointless after losing all five of their fixtures to date.

That leaves Bafana and Sudan to duke it out for the final spot from the group to be in Cameroon in 2022, with both knowing they cannot afford to lose. Ntseki’s men do have some leeway though.

Thanks to Thursday’s draw they are now one point ahead of Sudan. This essentially means all Bafana need to qualify is a draw. For Sudan, nothing but victory will suffice.

Of course, going into matches to play for a single point can be self-defeating, and undoubtedly the 1996 African champions will be aiming for the jugular, while being conscious of not losing in the tough conditions they will encounter in Khartoum.

Ntseki says they will be banking on the fact that Sudan have to come at them to force a result, and will use this to their advantage.

“I think going to Sudan it’s for them [Bafana] to lose,” the Bafana coach told the SABC.

“Because they will be coming at us and we already have a plan for that. They have to play to win, a draw is not going to help them. So, in this case they will have to come at us and coming at us… we have very good players who can play on the transition and get us a win.”

Bafana’s task will be made slightly more difficult by the fact that the Confederation of African Football has approved the attendance of 1,000 spectators at the 65,000 capacity Al Hilal stadium. Limited as they will be, they will do their utmost to unsettle the visitors.

Another headache for Bafana is the absence of some key senior players – such as Bongani Zungu, Thulani Serero, Keagan Dolly and Dean Furman – who were blocked by their clubs from travelling during the international window.

As a result, to complete the job Ntseki will have to rely on some newer faces who are locally based.

“It’s difficult when you don’t have the other guys because of the pandemic, but it is football and we tried our best. The guys are playing and doing well in the [local] league. That shows our league is good. We just have to try harder and we have little time to work together in the squad – and the players also understand that they want to make the nation proud,” Tau said after the Ghana game.

“We’re in a difficult group and other teams are finding it difficult. When Sudan won and had nine points, it’s different to them having six points. We’re looking forward to the Sudan game and if it means we have to win, we’ll celebrate in the way we would have celebrated today [against Ghana]. We’ve still got another match,” he continued.

Bafana’s game against Sudan is on Sunday, with kick-off at 6pm South African time. DM