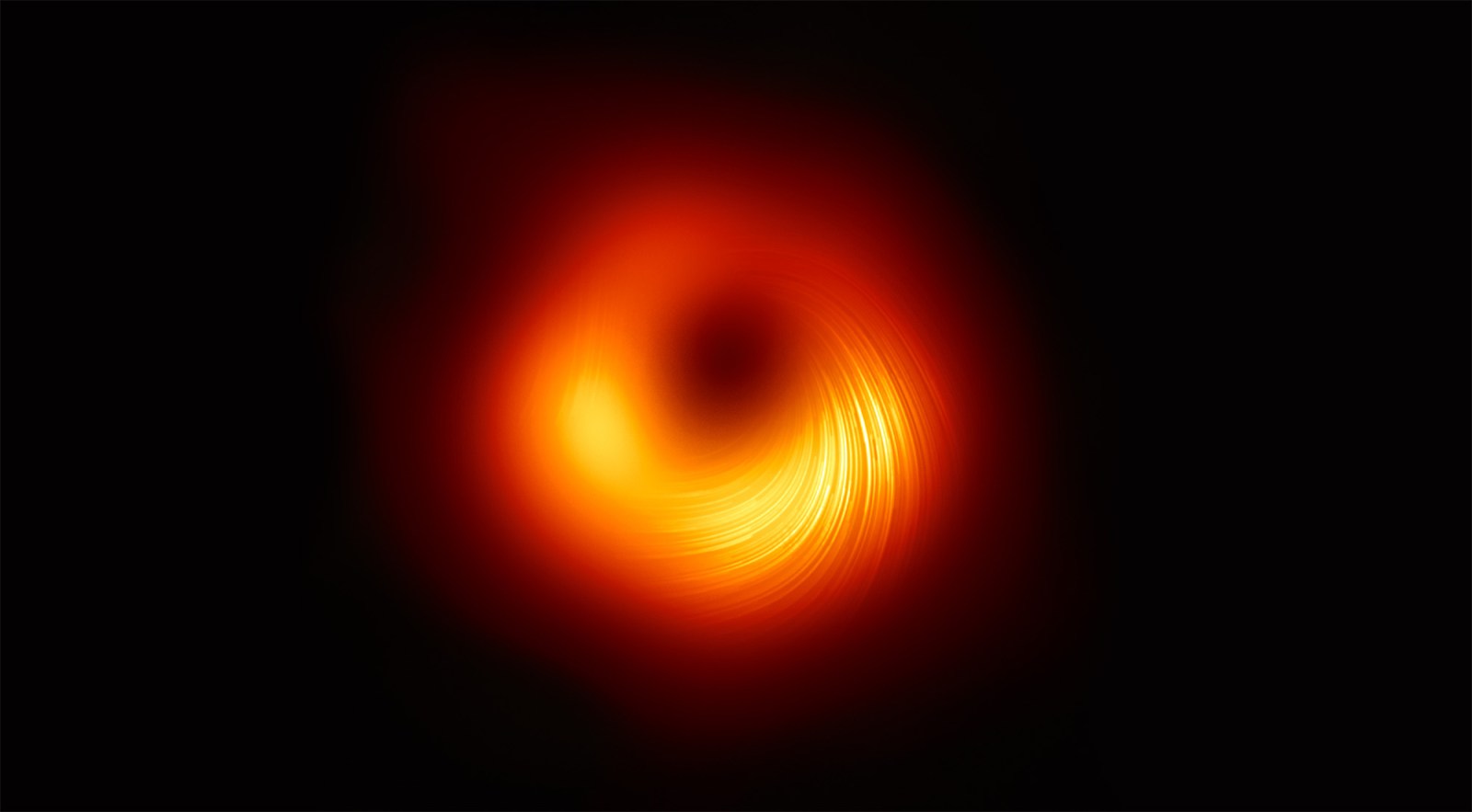 Contributing to astronomy’s ‘sharpest photography’, local brainpower helps take us closer to some of the most mesmerising objects in the universe.

The research effort that gave Earthlings their first image of a black hole’s shadow in 2019 has sent waves of excitement rippling across this part of the Milky Way yet again — this time showing in bright detail the face of a supermassive object in the Messier 87 galaxy.

Produced by the Event Horizon Telescope, the new photography presents science’s most graphic peek yet at the secret life of magnetic fields on the edge of a black hole, and it calls on polarised light to do so.

The supermassive black hole lives at the heart of the M87 galaxy in a cosmic address located 55 million light years from Earth — this is just as well, because the galaxy’s core can eject energetic jets across interstellar and intergalactic space.

“We are now seeing the next crucial piece of evidence to understand how magnetic fields behave around black holes, and how activity in this very compact region of space can drive powerful jets that extend far beyond the galaxy,” says Monika Mościbrodzka of the Netherlands’ Radboud University. Mościbrodzka is a coordinator of the telescope’s polarimetry working group.

Watch:  Zooming in on the heart of M87 to see a new view of its black hole.

When churned out by the magnetised furnaces of space, or just passing through certain filters, light shifts into a polarised state — one might compare that effect to peering through sunglasses and gaining a sharper view, thanks to the reduced glare.

Capitalising on these favourable conditions, the Event Horizon astronomers could look more clearly at the magnetic fields on the black hole’s inner edge, ultimately measuring luminous jets of escaping energy and matter reaching at least 5,000 light years from the object’s core.

More than 300 researchers from institutions worldwide have participated in the findings, published this week in two papers in The Astrophysical Journal Letters.

The University of Pretoria’s Roger Deane forms part of the international group, leading the team responsible for developing simulations.

Deane has been contributing to the effort since 2018, a year before it released the image of a supermassive black hole’s shadow, and says he is proud to feature in the team creating “the sharpest images in astronomy”.

In 2014, the scientist led a University of Cape Town discovery that shook the foundations of radio astronomy, when it found three tightly orbiting supermassive black holes in a galaxy more than four billion light years away.

Most galaxies only have a single black hole at their centre, so the find was a remarkable one, not only for Deane, but for South African radio astronomy.

“We are in a golden era for radio astronomy, and our involvement in projects like the Event Horizon Telescope and the Square Kilometre Array is at the centre of our plan to carry out fundamental research, and train world-class postgraduate students who will become leading African scientists,” says Deane.

Natarajan, in turn, was involved in simulating the observations and generating the polarised image. Both scientists have also written software that simulates Event Horizon observations.

According to Natarajan, the Event Horizon “collaboration developed new techniques for analysing the polarisation data, which were validated on simulations before being applied to real observations”.

The postdoctoral researcher points out that “such challenging projects” contribute to “techniques that later find wider applicability in ways that can pleasantly surprise us”.

Ivan Marti-Vidal of Spain’s University of Valencia, who helped coordinate the greater study, called the work “a milestone”.

“The polarisation of light carries information that allows us to better understand the physics behind the image we saw in 2019, which was not possible before,” he argues.

Unveiling the latest imagery, he says, “required years of work due to the complex techniques involved in obtaining and analysing the data”.

So complex, in fact, that the Event Horizon Telescope links a network of eight telescopes from around the world to produce a virtual Earth-sized telescope — the resolution is the stuff of cosmic dreams, allowing the researchers to measure the equivalent of a mobile phone lying on the moon’s surface.

His fellow researcher, Jongho Park of Taipei’s Academia Sinica Institute of Astronomy and Astrophysics, was hopeful that the project would continue to make rapid advancements.

“Technological upgrades are being done to the network and new observatories added,” he says. “We expect future observations to reveal more accurately the magnetic field structure around the black hole and to tell us more about the physics of the hot gas in this region.” DM/OBP