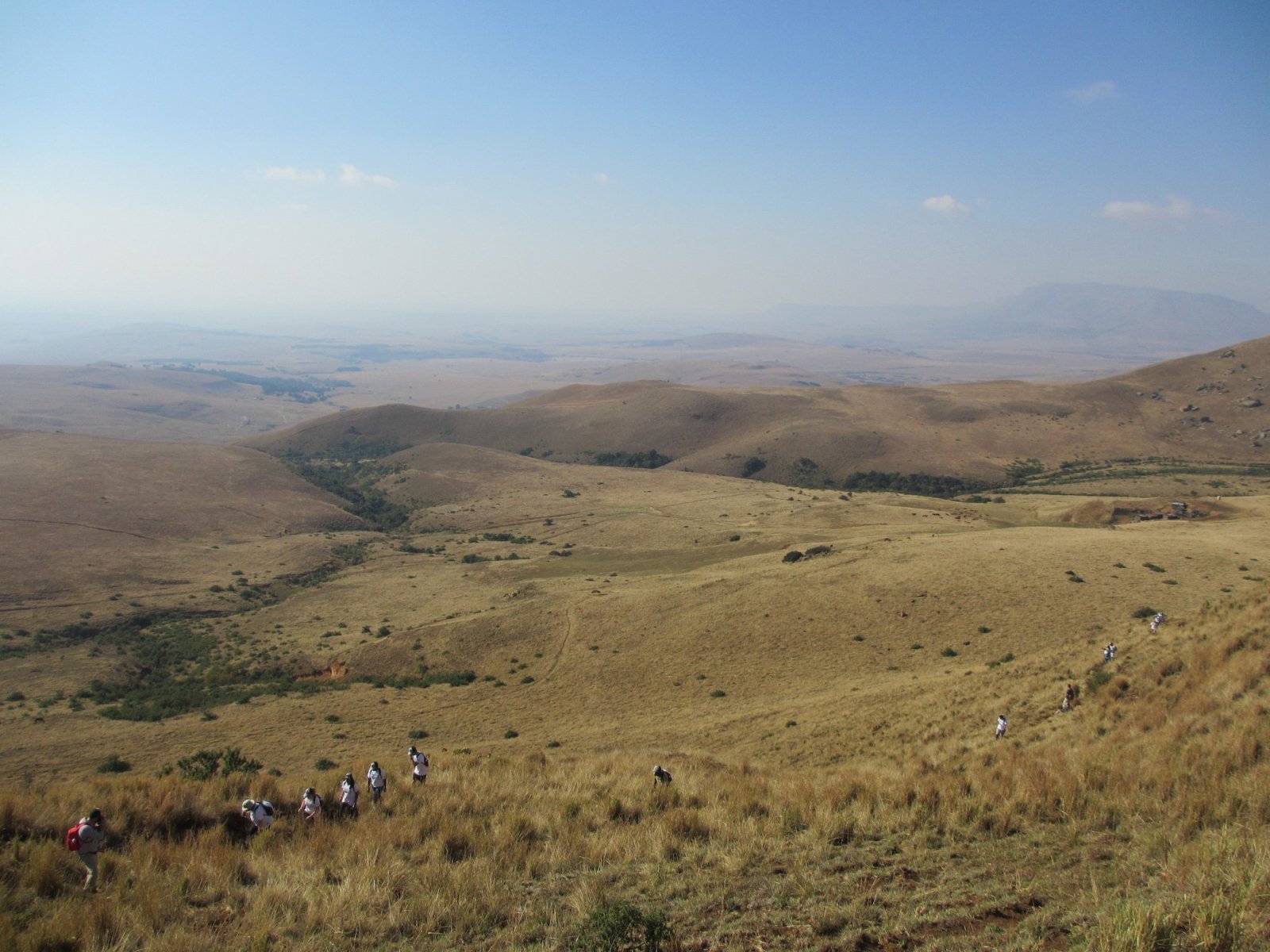 The Pretoria high court has stopped Uthaka Energy from starting to mine coal this week in the critical water source area of Mabiola, Mpumalanga. (Archive photo: supplied by GroundUp)

No mining will be permitted in critical water source area until legal challenges are settled.

In yet another turn in what is already a six-year legal battle, Uthaka Energy (Pty) Ltd, a coal-mining company, has been interdicted by the Pretoria high court from mining in one of South Africa’s critical water source areas.

A coalition of civil society organisations brought the urgent interdict application against Uthaka Energy (formerly known as Atha-Africa Ventures), a local subsidiary of India-based mining and minerals company Atha Group, which had planned to start operations at its Yzermyn underground coal mine at Mabola, Mpumalanga, this week. Read the court order here.

The proposed mine lies within a Strategic Water Source Area in the grasslands and wetlands of the Wakkerstroom area, one of only 22 areas that together produce more than half of South Africa’s freshwater requirements.

Until January this year, the proposed mining area was also included within the Mabola Protected Environment, a protected area declared under the Protected Areas Act in 2014.

Any mining within a formally protected area requires the joint permission of two cabinet ministers: the Minister of the Environment, Forestry & Fisheries and the Minister of Mineral Resources and Energy.

However, after several flip-flops, Mpumalanga environment MEC Vusi Shongwe in January this year revoked the protected area status of Mabola, effectively allowing the proposed coal mine to proceed without the joint ministerial permissions.

The coalition has been working since 2015 to block the proposed mine, and to undo various approvals and permits already obtained by the mine. It has five court challenges pending and has announced that it will shortly bring a sixth – against Shongwe’s change of protected status of Mabola.

On 5 March, after Uthaka Energy had given notice of its intention to start mining (as required in terms of an earlier court ruling), the coalition brought the urgent interdict application in which it asked the court to block any mining until all its other legal challenges had been adjudicated.

In a founding affidavit by coalition member Nkwane Thobejane of the Mining and Environmental Justice Community Network of South Africa, the coalition argued that starting mining operations at Yzermyn would cause “irreparable harm to the wetlands, grasslands and other aspects of the environment”.

“It would also cause irreparable harm to the occupiers of the affected homestead and subsistence farmers … The applicants are justified in seeking an urgent interdict to prevent the harm to this highly sensitive area of environmental importance from materialising.”

In an answering affidavit, Uthaka Energy senior vice-president Praveer Tripathi argued that the mine had been authorised by all the relevant authorities and was at a stage where mining could lawfully start – “despite the barrage of litigation by the Applicants [the coalition] in which they sought for the past decade to delay and derail this development completely”.

Tripathi said the mine met all the requirements for a sustainable development “as contemplated by the Constitution”.

The interdict will remain in force until the final determination of a series of reviews and appeals being brought by the coalition that include full judicial review applications of the mine’s water use licences, its mining right and its environmental authorisation.

In a statement after the interdict was granted, the coalition said it was “relieved that the court has granted a reprieve to allow proper judicial assessment of the legal proceedings underway before the environmental harm is caused”.

The coalition members are the Mining and Environmental Justice Communities Network of South Africa, groundWork, BirdLife South Africa, the Endangered Wildlife Trust, the Federation for a Sustainable Environment, the Association for Water and Rural Development (AWARD) and the Bench Marks Foundation, and they are represented by the Centre for Environmental Rights. DM