Stonewalled by Home Affairs: How officials got away with ignoring a court order for two years 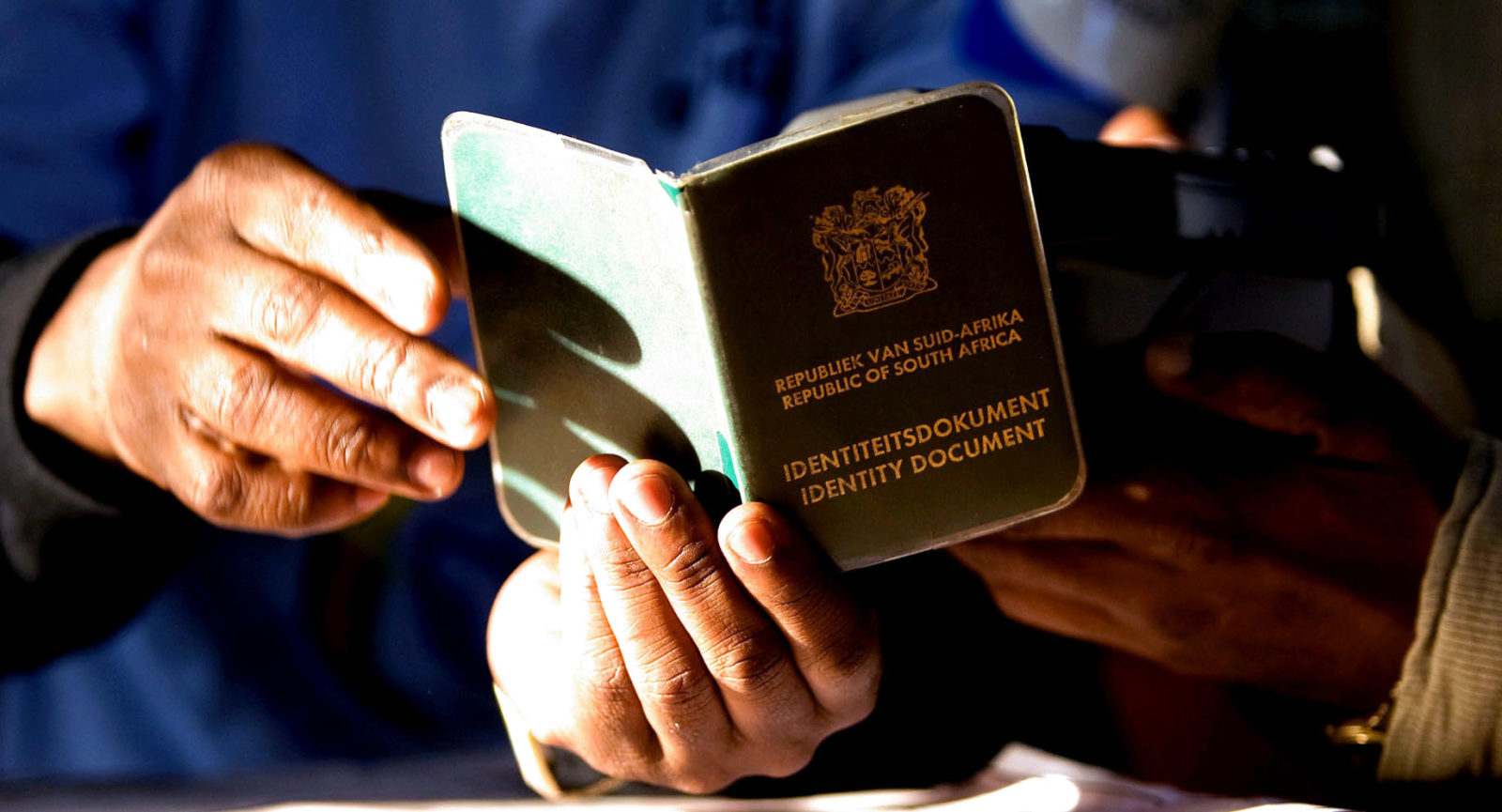 For the past two years, an attorney from Legal Aid South Africa has been desperately trying to enforce a court order to obtain birth certificates and identity documents for a group of young South Africans. This week, the Makhanda High Court’s patience finally ran out. The director-general of the department has now been given until 22 April to explain to the court what will be done to comply with the order. He also faces three months in prison, suspended on condition that his department complies with the court order. Senior officials at the department’s Aliwal North office have also been summoned to appear before court to explain.

For two years, Home Affairs officials have successfully managed to dodge a court order to provide identity documents to a group of vulnerable, undocumented South African families in Sterkspruit and Aliwal North – but this week their luck finally ran out.

Judge Sunil Ruganana has now summoned two senior managers of the department, stationed at the Aliwal North and Sterkspruit offices, to explain themselves to the court. He also ordered that the department’s director-general provide reasons to the court why he should not be sentenced to three months’ imprisonment, suspended on condition that he complies with the court order.

The Department of Home Affairs (DHA) says a South African-born child cannot be registered if both parents do not have current identity documentation and if both are not present at the DHA office. They also require that the parents pay thousands of rands for DNA tests before the births of their children are registered. Grandparents who look after children must pay even more to provide the DHA with a positive “kinship DNA” test.

The above rule resulted in a class action case in the Makhanda High Court against the DHA in 2019, involving a group of more than 20 children and young adults from the Sterkspruit and Aliwal North areas.

The court ordered the DHA to pay for travel costs, accommodation and DNA tests, if this is what they require before registering a child. The court also ordered officials to register children where one of the parents was not present.

The court ordered in April 2019 that all 24 children mentioned in court papers be registered within 30 days, failing which, the DHA should explain why they were not doing so.

None of this has happened.

At the time of the order, the children were not in school because they were undocumented, but in December 2019, the Makhanda High Court made another order, in a different case, compelling the Department of Education to accept undocumented children.

The affected parents in the first part of the case all live in the Aliwal North and Sterkspruit areas.

On Tuesday, advocate Lilla Crouse, representing the families, asked that the department be held in contempt of court. The court granted the order, but as there was no appearance by the department, asked that they return on 22 April to explain if there were reasons why this should not be granted.

Some of the children have been refused access to schools; they were refused immunisation at the clinics and their parents have been unable to access social grants.

“The department is in wilful contempt and is in conflict with their constitutional duty to uphold the constitution.”

“These families suffered much hardship by the time they applied for Legal Aid South Africa to represent them in the original application,” Muller said.

Muller explained in her affidavit that she had tried several times, in vain, to get Home Affairs to comply with the order.

This includes several visits to the local Aliwal North office, delivering a court order by hand, emailing the court order to several people and visiting senior officials at the department to ask for compliance.

She was referred to “head office” and then to the “national office”.

Muller said she was assured by the state attorney’s office that the order had been given to the Department of Home Affairs.

In November 2019, she was told by a clerk that she must wait for a new manager to be appointed for the Aliwal North offices.

“The Sterkspruit Home Affairs office was closed down and the Aliwal North office assisted in Sterkspruit matters,” she said.

In February 2020, she managed to organise a meeting with the new head of the office.

“He was not even aware of the court order. I provided him with copies of the court order as well as some of the [court papers]. He wanted to assist. At first, he told me to bring all my clients to him, but when I alerted him that if Home Affairs wanted DNA testing they should pay for it, he said he would speak to the legal department of the department first and get back to me.”

She said after the national lockdown was ordered by President Cyril Ramaphosa in March 2020, she was informed that the Aliwal North office of Home Affairs would be working with a skeleton staff only and would not be able to assist during lockdown.

She went to the office in June, but the manager wasn’t there. In August she was told the office was closed due to Covid-19. In September she sent an email that wasn’t answered. In October, after having obtained the manager’s phone number, she called but received no answer. She then sent a WhatsApp message — again, no response. More emails and WhatsApps followed.

She finally made contact with the manager on 1 December 2020.

“He said he had been on sick leave but that he had, since March 2020, when he was apprised of the court order, sent requests to his head office, but had had no feedback.

“I do not know how to further assist my clients in getting the necessary documents as per the court order granted nearly two years ago, other than bringing this application. The department’s conduct and that of its officials falls way short of their constitutional obligations.

“Their conduct belies the slogans on the department’s website, that they render a people-centred service and that they care,” she said.

“The conduct of the Department of Home Affairs officials is causing hardship to the [families] and is directly opposing the rule of law in South Africa.

“Every office is merely hiding behind someone higher up, but no one is taking responsibility or taking the order of this court seriously. There seems to be a total lack of understanding or commitment to assist the families to become documented citizens of South Africa, and this infringes on their constitutional rights.

“The officials are at liberty to ignore court orders without attracting any personal liability or sanction for as long as they know no personal service is possible on the head of the department.

“This then results that no contempt orders can be made against the specific officials, and because there is no official being held responsible, the orders are just further ignored despite declarations of contempt.

“Despite the state attorney and myself having made the order available to the officials in the Department of Home Affairs, the order has just been ignored.

“The department is in wilful contempt and is in conflict with their constitutional duty to uphold the constitution,” she said.

David Hlabane, from the Department of Home Affairs, did not respond to a request for comment. DM/MC