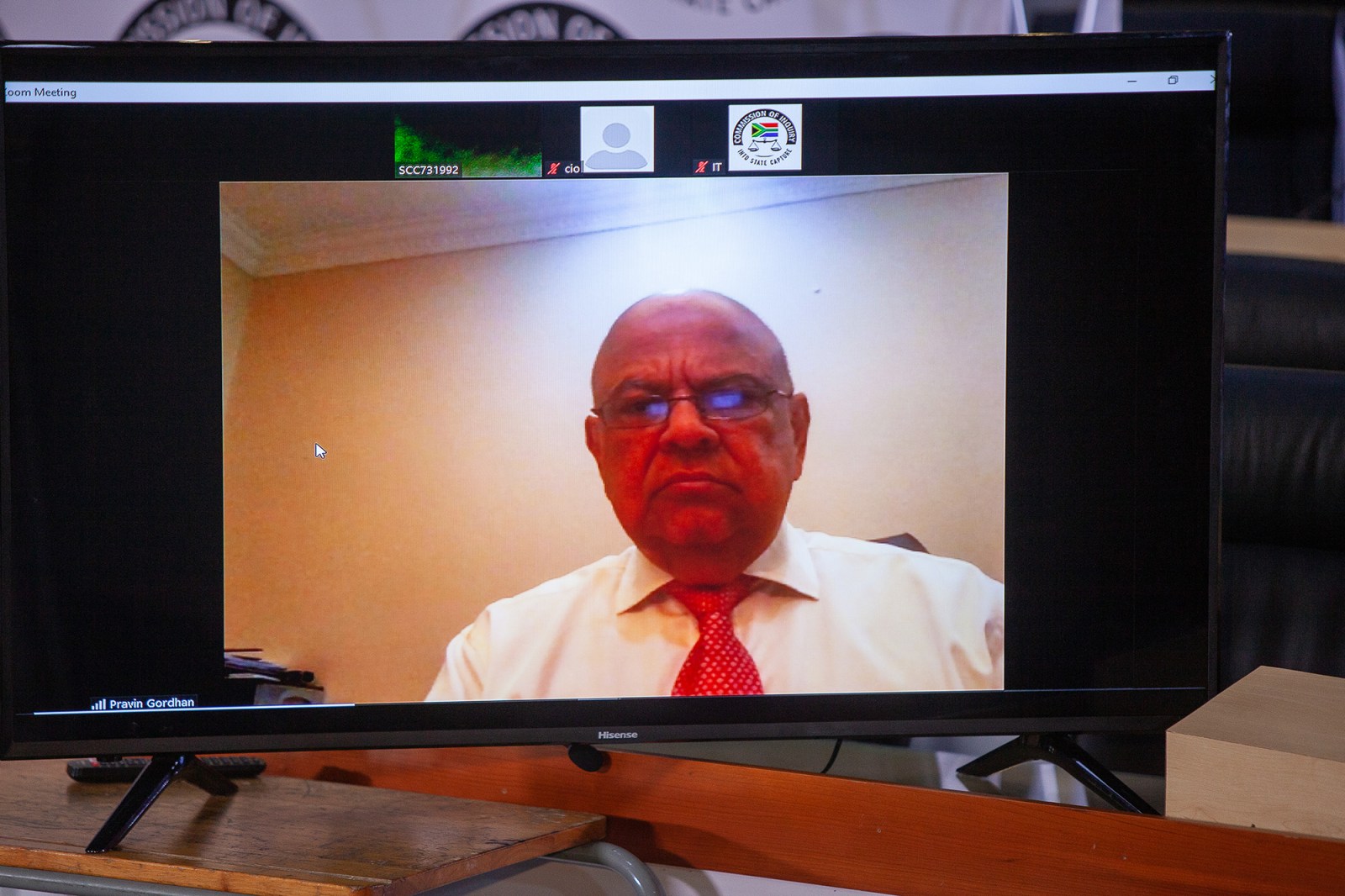 Critics can go jump in the lake, fumes Mpofu as he faces heat for telling his bar colleague – and Pravin Gordhan – to “shut up”.

In late-night heat at the Zondo Commission of Inquiry, Dali Mpofu burst under pressure. “Ms Le Roux must shut up while I am on the floor,” he said after his interjection was interrupted by Advocate Michelle le Roux, who was finalising the cross-examination of Public Enterprises Minister Pravin Gordhan, whom she represents.

Gordhan, appearing by video before the commission, was visibly and audibly shocked. “You must also shut up,” Mpofu shouted at the minister. Deputy Chief Justice Raymond Zondo climbed in to calm things down. “I am in charge here. Sit down,” he said to Mpofu.

It took a few more minutes for Le Roux to conclude. A tired Zondo made short shrift of her attempt to get Gordhan to defend multiple allegations made by Mpofu that he had allegedly been racist in his dealing with former SA Revenue Service (SARS) commissioner Tom Moyane, whom Mpofu represents. Zondo said Gordhan had had ample opportunity in his three appearances before the commission to place on record his anti-racist history in the struggle against apartheid.

Mpofu told Zondo: “I want to say that it cannot be that Mr Moyane and his legal representatives are treated this way. I cannot be interrupted by a junior counsel (meaning Le Roux).” She is, in fact, recommended as a silk like Mpofu and is also a member of the New York Bar. Le Roux has a master’s degree and is a multi-award-winning advocate. She has co-authored two lauded legal texts, the most recent titled Lawfare, which she experienced at the commission on 23 March.

Facing social media criticism for his action, Mpofu tweeted: “THEY CAN GO JUMP IN THE NEAREST LAKE.”

Gordhan concluded his third round of testimony before the commission, where he has been a marquee witness. Mpofu cross-examined him on behalf of Moyane and sought to present the breakdown of the relationship between the two as the result of the minister’s condescension and alleged racism.

Mpofu said that in high court judgments in the case between Gordhan and Public Protector Busisiwe Mkhwebane, the judges had also criticised the minister for his attitude.

“Both judgments found against the Public Protector. There were criticisms of one or two paragraphs in my affidavit,” said Gordhan, who added that while Mpofu had read a racial attack into his affidavit, there was no evidence of that in the judge’s words which he read into the commission’s record.

Mpofu said: “These judgments confirm that it is your style to condescend and insult people.”

Gordhan replied: “I deny that completely and emphatically.”

Mpofu said Gordhan should have reported his concerns about the capture of SARS to the police.

Mpofu also spent time showing that the so-called Sikhakhane Report, which confirmed that a “rogue unit” existed at the revenue service while Gordhan was in charge, had never been set aside or discredited, as Gordhan had testified.

“[The] Sikhakhane Report was discredited; the KPMG report has been mutilated, and Judge Kroon has apologised,” Gordhan told the judge about three reports commissioned to investigate the unit.

Mpofu denied that any legal forum had set aside the Sikhakhane Report, although SARS has rescinded it as an official document.

SARS is one of the institutions on which the Zondo Commission has focused while investigating State Capture. The probe into the High Risk Investigations Unit and Moyane’s tenure has been a key theme of its work. DM