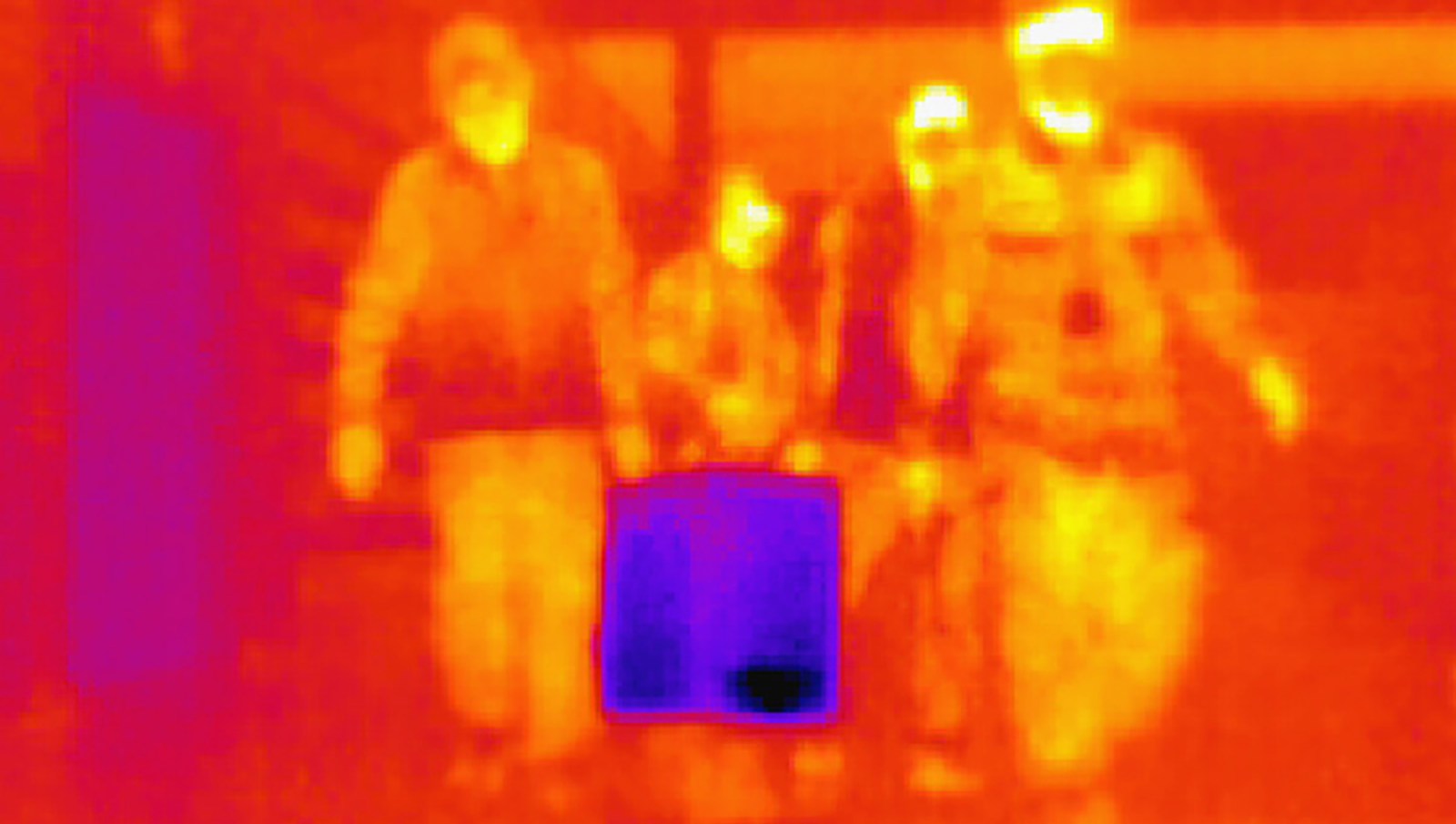 AstraZeneca said it will release up-to-date results from the final stage trial of its vaccine within 48 hours, responding to criticism from a US science agency. Millions more doses of Johnson & Johnson’s vaccine are expected to be released after US regulators cleared the way for a contract manufacturer to help produce them.

The head of the World Health Organisation called recent increases in deaths and cases “truly worrying trends”. Pfizer said it has begun human safety testing of a new pill to treat the coronavirus that could be used at the first sign of illness.

Citigroup barred internal video calls on Fridays and encouraged vacations in an effort to combat workplace malaise brought on by the pandemic.

Chicago reports an increase in cases

Chicago is seeing an uptick in several of its Covid-19 metrics.

The city’s daily cases, positivity rate and related emergency-room visits have moved up in the last few weeks. The city is seeing about 350 cases per day, up from an average of around 270 to 280 daily for the last couple of weeks.

Non-essential offices can open at 25% capacity starting on Wednesday under the new guidelines, while already-open indoor businesses including restaurants and stores can expand capacity to 50%. The city also plans to allow outdoor concerts, theatre performances and festivals for up to 50 people as of 1 April, Mayor London Breed said.

Santa Clara County, home to many of Silicon Valley’s large employers, also moved to the Orange Tier on Tuesday, along with Marin County, a wealthy area north of San Francisco. The majority of California’s counties – representing 83% of the population – are in the state’s Red, or second-most restrictive, tier for economic activity.

New York state Assembly Speaker Carl Heastie tested positive on Tuesday for the coronavirus, according to a statement from his office. The Democrat said he was feeling under the weather and experiencing “extremely mild symptoms”.

His positive test result comes in the middle of negotiations on the state’s approximately $193-billion spending plan for fiscal 2022, which begins on April 1. Heastie said he plans to stay in Albany and work from his residence.

On Tuesday, the Assembly’s Judiciary Committee held its first meeting to discuss its impeachment investigation into Governor Andrew Cuomo. Heastie isn’t on that committee but directed it to begin the probe.

The lockdown in the Netherlands, including a nighttime curfew, will be extended until April 20. The move comes after infections rose 16% last week compared with the week before.

The government did, however, decide to postpone the starting time of the curfew by an hour, looking to retain backing from the public for the long-lasting, stringent measures. An advisory to not travel abroad was extended until 15 May.

Millions more doses of Johnson & Johnson’s Covid-19 vaccine are expected to be released after US regulators cleared the way for contract manufacturer Catalent to help produce them.

The Food and Drug Administration has approved a Catalent facility in Bloomington, Indiana, to make the single-dose vaccine’s active ingredient.

Norway bans alcohol ahead of Easter

Norway is tightening national restrictions ahead of the Easter holiday period in an attempt to halt a third wave of contagion brought on by more infectious variants. The new measures include a ban on serving alcohol in restaurants and bars across the country and a recommendation that people keep a distance of at least 2m from each other.

The European Union will abolish a list of more than 90 countries that are currently exempt from requiring vaccine export authorisations and will apply potential restrictions even to those pharmaceutical companies that fulfil their contracts with the bloc.

The European Commission will revise its vaccine export transparency and authorization mechanism. The controversial tool introduced in January aims to help EU governments screen vaccine export requests, with the option to turn them down in certain cases.

Texas and Georgia joined a growing list of US states opening vaccinations to all adults. Georgia will offer the shots starting on Thursday.

Pfizer said it has begun human safety testing of a new pill to treat the coronavirus that could be used at the first sign of illness.

If it succeeds in trials, the pill could be prescribed early on in an infection to block viral replication before patients get very sick. The drug binds to an enzyme called a protease to keep the virus from replicating. Protease-inhibiting medicines have been successful in treating other types of viruses, including HIV and Hepatitis C.

The new protease inhibitor is the second such medicine Pfizer has brought into human trials to treat Covid-19. Pfizer is testing another given intravenously to hospitalised virus patients.

New York City municipal workers will return on May 3

New York Mayor Bill de Blasio said about 80,000 city workers will return to their offices beginning on May 3, a promise he outlined in his State of the City address in January.

The city has administered more than 3.4 million vaccines and is expecting a “major boost” in supply in early April, the mayor said. All New Yorkers 50 and older are eligible to get their Covid-19 shots.

Portuguese Health Minister Marta Temido reaffirmed that the country will meet a goal to administer a vaccine dose to at least 80% of people over 80 by the end of March. “Naturally, if we had access to more vaccines we would have the possibility of vaccinating more people,” Temido told reporters.

Speaking at a World Trade Organisation virtual event, Tedros urged nations to waive intellectual property rights for vaccines as a “mid- to long-term solution” to help developing countries manufacture their own shots.

“The fact is this is very likely a very good vaccine,” Anthony Fauci, the top US expert on infectious diseases, said of the Astra shot in a Good Morning America interview.

Astra earlier said it will release up-to-date results from the final stage trial of the shot within 48 hours, responding to criticism from a US science agency that the drugmaker’s analysis included old information.

India’s government opened one of the biggest coronavirus immunisation campaigns to everyone over the age of 45 as the nation grapples with a case resurgence amid tensions over delayed vaccine supplies to other countries.

World is too optimistic about Covid, says expert

“This pandemic is nowhere near its end,” Jeremy Farrar, an infectious-disease specialist and director of Wellcome, the UK research foundation, said at a conference. “There remains, in my view, too much optimism that there will be a single magic bullet that solves it all.”

After one year, the world remains closer to the start of the pandemic than to its conclusion, as new waves take place around the world, Farrar said.

Cyprus will open its borders starting on 1 April to visitors from Israel, Qatar, Saudi Arabia, the United Arab Emirates and the UK. Those with a negative test result who haven’t come into close contact with a confirmed case will be guaranteed a quarantine-free stay. Vaccinated travellers from Israel won’t need to be tested, and the same will apply to Britain starting on 1 May.

Kuwait said arrivals who have taken one of the vaccines it has approved would be exempt from hotel quarantine requirements.

Citigroup CEO Jane Fraser has barred internal video calls on Fridays and encouraged vacations in an effort to combat workplace malaise brought on by the pandemic.

Fraser, who succeeded Michael Corbat earlier this year, said the final day of the working week shall be known as “Zoom-Free Fridays” and designated 28 May as a holiday to be known as “Citi Reset Day”. DM

— With assistance by Mark Schoifet.