The Brubecks, jazz and the fight for justice 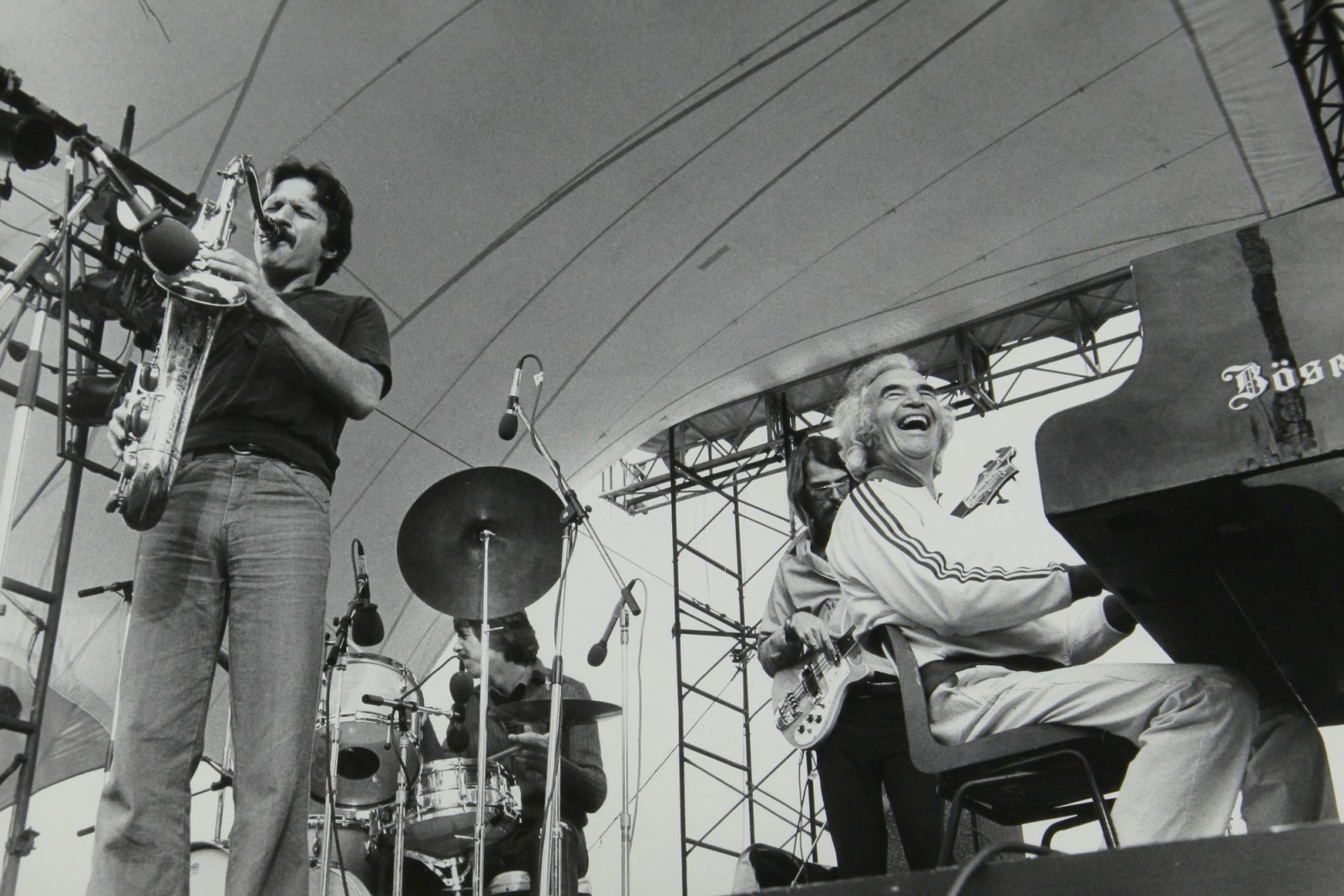 The Brubeck family of musicians has a long history in South Africa. They supported the cultural boycott during apartheid and started the jazz programme at the University of KwaZulu-Natal.

Shortly after the 1976 Soweto student riots, almost 45 years ago, legendary jazz composer, pianist, band leader and human rights activist Dave Brubeck toured South Africa. The ties between the Brubecks and South Africa would bind and – mainly through education – contribute immensely to the development of South African jazz education and innovation.

Brubeck, who died aged 92 in 2012, was inducted into the American Classical Music Hall of Fame in 2003. The New Brubeck Quartet featured Dave and his musical sons Darius on piano, Dan on drums and Chris on electric fretless bass. Venturing into dangerous territory in light of the tense political situation in South Africa at the time, Brubeck seemed to be making a deliberate political statement. Given the apartheid restrictions on racial integration then, he insisted that his band only perform at venues where both Black and white people were allowed.

Philip Tabane’s band Malombo was the opening act and in Brubeck’s band featured, among others, promising bass player Victor Ntoni. Jazz pianist and retired academic Darius Brubeck and his South African wife and band manager Cathy chuckle when they recall how the idea of the tour of South Africa had arisen in the first place.

“We had a contract that was signed by an agent in New York,” Darius recalls. “And he hadn’t really properly consulted with anybody about it. As an agent, he did in fact have the authority to sign on our behalf. We were actually in California when this went down. My father, Dave, was somebody who was conscious … By this time we had met Cathy. We came out with a formula of saying, ‘Do the tour. However, we won’t have segregated audiences.’ Because my brother Chris plays both electric bass and trombone, we wanted a local bass player. That’s how we met Bra Vic.”

The relationship between the Brubecks and Ntoni would be a lasting one.

In her book, Soweto Blues: Jazz, Popular Music, and Politics in South Africa, jazz historian Gwen Ansell says Ntoni got the chance to perform with the Brubecks after the South African government refused Dave Brubeck’s Black bassist, Eugene Wright, a visa to come to the country. At the time, Ntoni had just returned from London and the United States, where he had performed in South African stage musical Meropa.

South African photographer Ronnie Kweyi’s black-and-white image of Dave Brubeck and Ntoni side by side at the Alhambra in Johannesburg vividly captures this awesome moment in jazz history. The iconic image is part of the Brubeck Collection Medley at the University of the Pacific in San Francisco in the US.

Cathy says that although the tour might have been controversial in the midst of the cultural boycott against apartheid South Africa, there were differing approaches on how to implement it. The Brubecks’ tour came four years before the United Nations passed a landmark resolution for a cultural boycott of the country.

They felt it important to come to South Africa, she says, as a way of drawing attention to the oppression and racism they vehemently opposed. “We were sending a message of multiracialism. The ANC and PAC [Pan Africanist Congress] people, certainly outside the country, were already starting to think, we’ve got to start infiltrating into the institutions.”

Brubeck’s consciousness was always turned towards justice, abroad and at home. In October 1969, more than a year after American civil rights leader Martin Luther King Jr was murdered at the Lorraine Motel in Memphis, Tennessee, Dave Brubeck released his album, The Gates of Justice. King’s legacy had touched Brubeck deeply and stirred him into action. King’s words that “we must learn to live together as brothers, or die together as fools” had left an indelible mark on Brubeck when he conceived the work scored for jazz trio, brass orchestra, chorus and two vocalists. The cantata was inspired by biblical and Hebrew liturgical texts. It contains quotes from King, Negro spirituals and Jewish sage Hillel, and lyrics by Brubeck’s wife Iola.

The Brubecks’ love for South Africa, musically and politically, would endure. In fact, love plays a big part in how Cathy and Darius Brubeck started the first jazz studies syllabus at university level in the country.

“I think I will start with the obvious and most important, which is, Cathy is South African. We met in New York and she had been very politically active and also connected with the music world. Worked in publishing, worked in music. And to give credit where it is due, professor Chris Ballantyne was the head of the music department at the University of Natal. He was very progressive in his thinking. Unlike some colleagues, and certainly unlike any music department in South Africa.”

Ballantyne, who knew and respected the jazz and popular music that was booming in South Africa, and the urgency for this music to be studied in the country, recruited Darius and Cathy to join his department.

Given the fact that Cathy was South African, “loved and trusted by a lot of people”, she is the one who primarily lobbied support from the exiled leadership of the ANC and the PAC, mainly in the US. It was important for them to see the positive impact of the initiative and give it political clearance, as there was a cultural boycott against South Africa at the time.

Some of the ANC leaders they consulted were Thami Mhlambiso and Johnny Makhathini, who had represented the exiled ANC in the United Nations at different times. Makhathini died in Lusaka, Zambia, in 1988 and Mhlambi died in the US in January of a Covid-19 related illness. Cathy had known Makhathini in 1950s underground anti-apartheid circles in Durban.

“I also know we had a long phone call with the South African guitarist, Cyril Magubane,” recalls Darius. At the time, Magubane was leader of the Heshoo Beshoo Group, an Afro-jazz outfit.

As history would have it, the Brubecks started the jazz programme at UKZN and Darius Brubeck eventually became the director of the newly formed Centre for Jazz and Popular Music at the university.

Futshane, who has a master’s degree in music and teaches at the University of the Witwatersrand, talks fondly about studying and living with the Brubecks.

“Darius didn’t sort of stifle our voice. We had our fair share of fights, it wasn’t all rosy. But we were like a family. When we arrived from Port Elizabeth to study in Durban, we first stayed with the Brubecks. Cathy would cook and when the food was ready, we shared everything as a family. Darius was open to new ideas. His attitude was like, ‘Guys, here is the stuff, let’s make it all happen.’ Whenever we had concerts or were travelling, we knew when Cathy organised things for us, we were all sorted.”

To pay tribute to the legacy of Darius Brubeck, especially his work as an educator-performer in South Africa, a television documentary titled Playing the Changes and directed by Michiel ten Kleij is almost complete. Doxy BV Amsterdam, the producer of the documentary, says it “examines why and how jazz had a transformative role in different types of societies, such as Poland and South Africa, and tracks Darius Brubeck’s involvement in both.” DM/ ML