Lloyd Harris jumps up rankings but tennis players under...

Lloyd Harris jumps up rankings but tennis players under strain 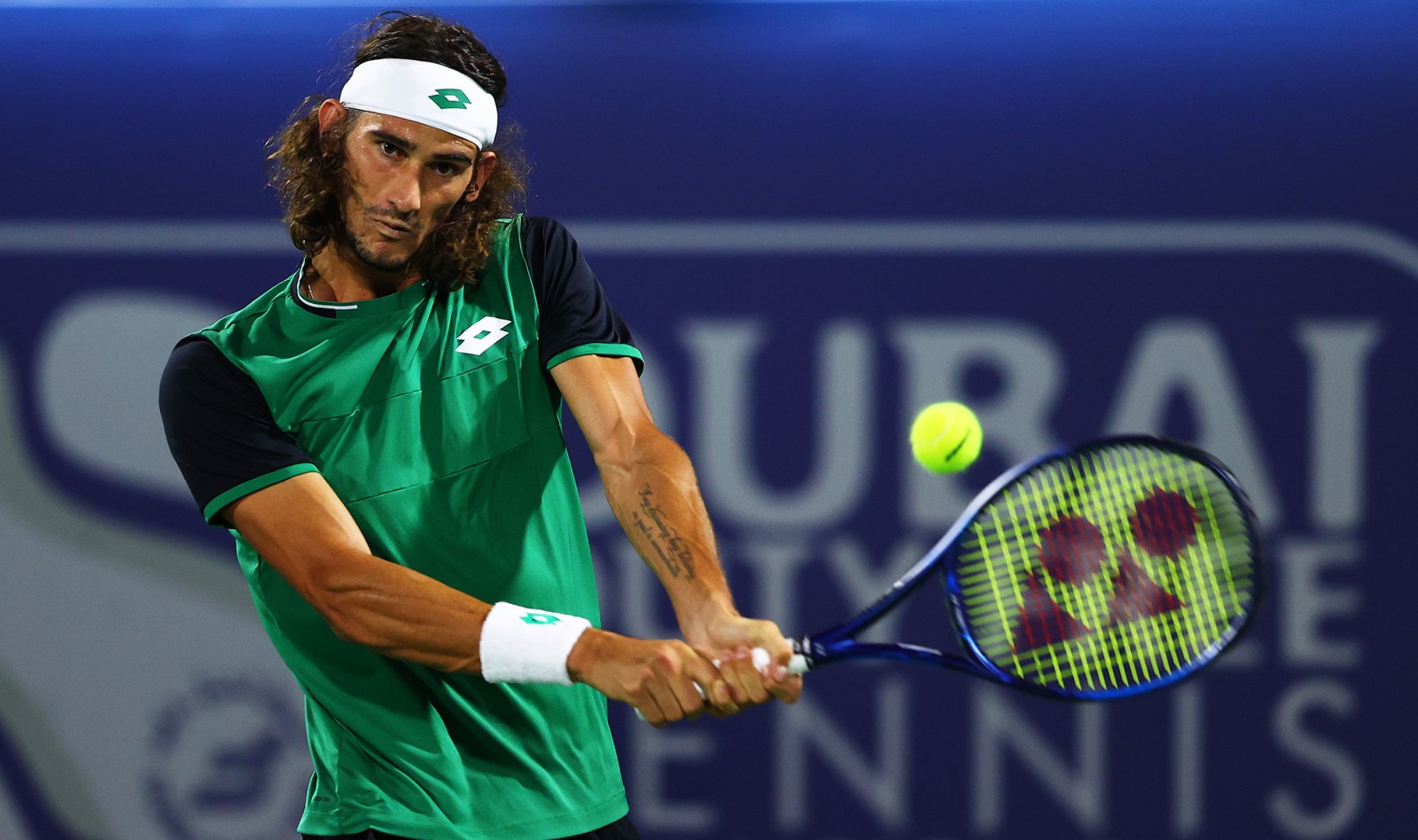 Lloyd Harris plays a backhand in his quarterfinal match against Kei Nishikori at the Dubai Open on March 18 2021. (Photo by Francois Nel/Getty Images)

South Africa’s Lloyd Harris moved to a career high No 52 in the world rankings after losing the final of the ATP 500 Dubai Open to recent Australian Open semifinalist Aslan Karatsev last Saturday.

Lloyd Harris, the 24-year-old rising tennis star from Cape Town, has officially been South Africa’s highest-ranked player since early February when he rose above Kevin Anderson for the first time.

But rankings can be misleading and until last week Harris had not had a sustained run in a big tournament to officially usurp Anderson as South Africa’s best men’s tennis player.

That changed in Dubai where Harris showed iron will and superb fitness to complete eight matches in eight days – winning seven of them – on his way to his first Association of Tennis Professionals (ATP) final.

Harris is 10 years Anderson’s junior, but until Dubai his greatest achievements have been winning Davis Cup matches for South Africa and famously taking a set off Roger Federer on Wimbledon’s Centre Court two years ago.

Things have changed though. Harris is now emerging as a genuine contender for titles and a player higher-ranked opponents will view with some concern in the draw.

Harris’s excellent run in Dubai underlined his continuous improvement and growing confidence, and despite coming up short in the final against Aslan Karatsev, it was a superb week for the Sea Point native.

Harris’s efforts saw him come through pre-qualifying in Dubai before beating No 1 seed Dominic Thiem in the round of 32. Harris then eliminated former world top five player Kei Nishikori and Canadian wunderkind and third seed Denis Shapovalov on his way to his first ATP 500 final.

It was a wonderful week but he ran out of steam playing his eighth match in as many days against an inspired opponent. Harris made an ATP 250 (a tournament with fewer rankings points) final in Adelaide in January 2020, but the field wasn’t as strong as the Dubai Open.

For the 27-year-old Karatsev it was also a breakthrough week as he won his maiden title after an injury-plagued career. His path to the final was a little easier with “only” six matches in eight days.

The title confirmed Karatsev’s continued rise up the rankings following his dream run in Melbourne at the season’s first Grand Slam last month. The Russian moved to 29 in the world rankings when they were released on Monday. He started the year at 112.

For Harris, who has since moved on to the Miami Open where he is set to face the ageing former Wimbledon and US Open champion Andy Murray in the first round, Dubai represented a major mental breakthrough in his career.

“There are so many positives to take from this week, coming through seven matches,” said Harris after the match. “Aslan [Karatsev] was just too good. Sometimes it happens like that and you have just got to take all the big [positives] from the week, move forward and take them into the next tournaments.

“I’ve been a little fatigued, but I’ve been battling through it,” said the rising star, looking ahead to what could be a superb breakthrough season. “I’ve been feeling good on the court all week.”

While Harris and Karatsev were reaching new heights, the state of tennis globally is under strain as the Covid-19 pandemic keeps fans away from tournaments.

It has left players demotivated and questioning the point of playing professional sports. It may come across as petulance from well-paid athletes, but they are also human beings. Constantly being holed up in bio-bubbles is taking a toll.

Shapovalov hinted that if it weren’t for certain obligations, players might reconsider competing under the current lockdown restrictions.

“We have other obligations from sponsors, contracts that obligate us to play as well,” Shapovalov said. “So, for sure that’s definitely why a lot of players are still playing, because otherwise I feel like a lot of players just wouldn’t play at all.”

Earlier this month, at the Argentina Open, Frenchman and world No 29 (at the time) Benoît Paire had something of a meltdown on court, which started with a poor line call. It ended in the Frenchman raging at officials and eventually tanking the match. At first glance it appeared to be the petulance of another spoilt brat on the tennis circuit, but Paire later revealed some background to the collapse on an Instagram post.

“The ATP circuit has become sad, boring and ridiculous,” Paire wrote. “I know you are going to say you don’t realise how lucky you are, blah‑blah-blah, but playing in closed stadiums without any atmosphere isn’t why I play.

“Having to stay at a hotel or club and be forbidden to go out without risking a fine, where is the pleasure of travelling? For me, tennis has become a tasteless profession.”

Paire has a history of severe outbursts so he will attract less sympathy for the latest meltdown, but below the histrionics there is a serious theme at play. Players are struggling with the burden of Covid-19 and no amount of prize money makes it easier.

They are still imprisoned by the restrictions and while most people have been confined to their homes, tennis players are still travelling but then face weeks on end in quarantine inside small hotel rooms or within a very small, unfamiliar bio-bubble space.

It certainly isn’t easy and as always it’s harder on the struggling pros down the pecking order who are still trying to make a living. The likes of Rafa Nadal, Roger Federer and Novak Djokovic among many can comfortably take a lengthy break from the tour if they choose.

But players such as Harris, who fortunately has banked R4.2-million in prize money this year, have to still grind it out to earn much-needed rankings points and prize money to fund expensive travelling schedules, coaches and medical teams. DM