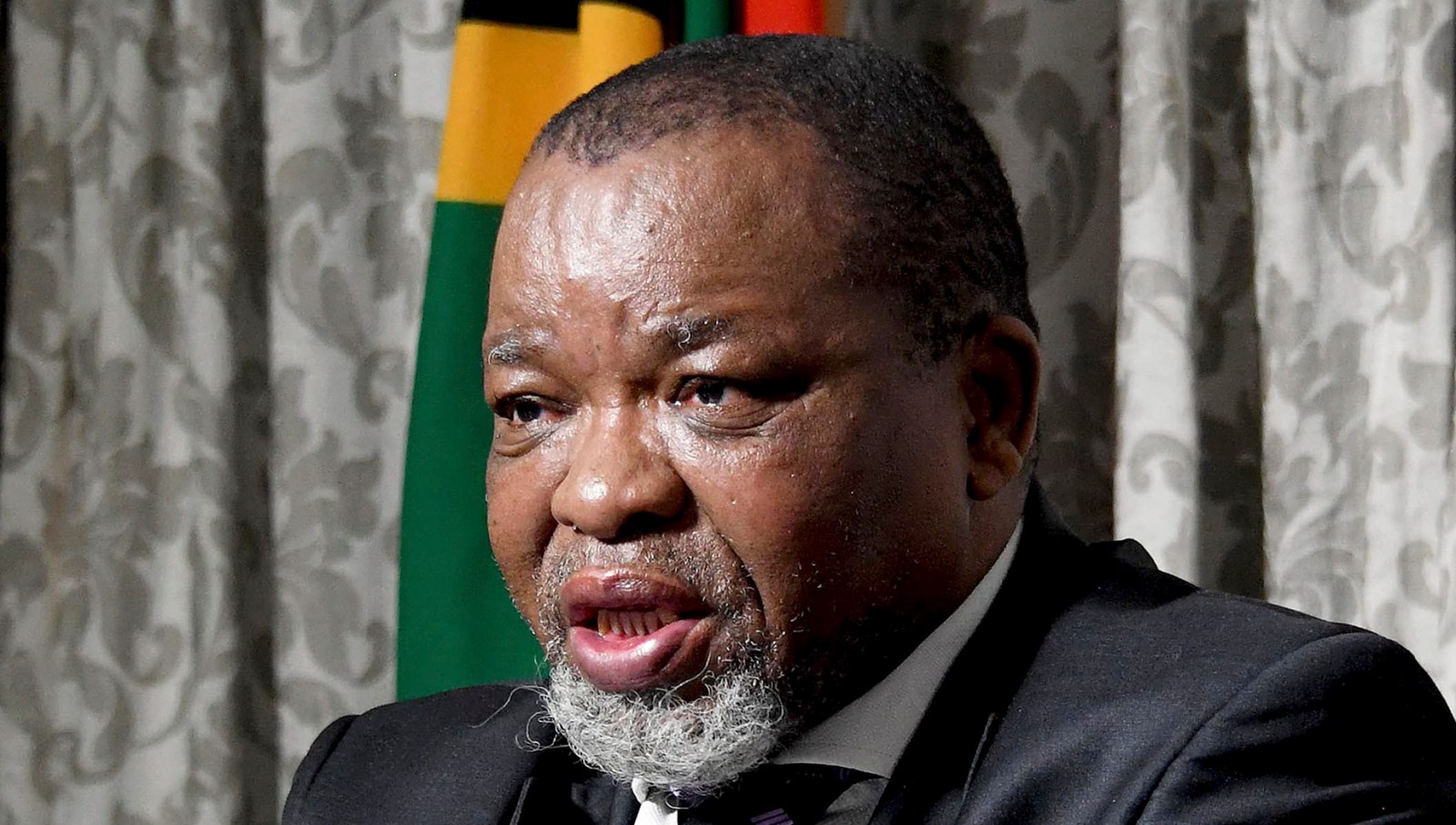 As a country that is sick and tired of load shedding, one hopes and prays our leaders will act boldly to solve a crisis that is plunging us into darkness and deepening economic turmoil. Our prayers, however, have not been answered. Certainly not by Energy Minister Gwede Mantashe.

On Thursday, 18 March, Energy Minister Gwede Mantashe addressed the nation to announce the outcomes of the risk mitigation programme, which was meant to bring on energy in a hurry to help us address the energy crisis. The outcomes were deeply disappointing.

By way of context, Eskom has predicted dire load shedding will hit us this year and in the next five years. To solve it, one of the vital measures the power utility’s CEO has supported is lifting the cap on licensing for renewable energy self-generation from 1MW to 50MW. It is the fastest, most affordable and efficient way to bring on new energy.

Eskom pleaded with Mantashe and the Department of Mineral Resources and Energy. Mantashe’s response at the press conference was to say Eskom must stay in its lane and that regulation is his responsibility. However, it is a responsibility in which he is failing by not acting on needed solutions to our energy woes.

Instead, Mantashe is set to lock us into an expensive, polluting and foreign-owned energy future. Three out of the eight projects that won the bids for the risk mitigation programme belong to the Turkish-owned company, Karpowership. It will install floating power stations powered by polluting liquefied “natural” gas at Coega, Saldanha and Richards Bay.

Together these ships are projected to produce the majority of the new power under the programme, with renewable energy projects producing the minority. That outcome was pretty much baked into the programme from the beginning.

As the Presidential Economic Advisory Council pointed out, “the widely held view in the industry is that the [risk mitigation programme] is ‘extremely complicated’ and appears to be specially written for more expensive powerships and gas-to-power projects and to exclude competition from renewables projects”.

The cost of these floating power stations is high indeed. To see how expensive, we can ask Sudan. The Sudanese government simply could not afford Karpowership’s high prices, so they were cut off from power, plunging them into days of power outages.

These powership projects are not only more expensive, they will also take longer to come online. Consider, first, that economic models show that lifting renewable energy licensing to 50MW would unlock vast amounts of energy in the next year and 5,000MW plus in additional capacity within five years.

On the other hand, Mantashe’s projects will only bring power online in August 2022, if they pass approval. And it’s a big “if”. As the President’s Economic Advisory Council highlights, these powerships do not have environmental permits, and to secure them will involve complex consultative processes. That will delay their development and make it likely they will not be ready in time to comply with the risk mitigation bid window.

With all these reasons that the powerships simply do not make sense, it is hard not to conclude that the main reason we have them is some form of corrupted link to Karpowership. The Department of Trade, Industry and Competition even waived local content requirements to allow it to win the bid.

What is clear is that government inaction got us to this point. For years, the Department of Mineral Resources and Energy has blocked the development of desperately needed renewable energy projects. As a result, we face a massive energy supply shortfall, which is deepening load shedding.

That self-inflicted crisis of energy supply shortfall is being used to ram through problematic and expensive energy projects. It is being used to justify waiving normal requirements, such as those for local content. Then the department created a specification of what’s needed from bidders that suits Karpowership. Then, voila, they magically win the so-called impartial procurement.

It’s not the first time a self-inflicted crisis has been used to push through corrupt, polluting and expensive projects. Consider a stunning 2019 report by the Special Investigating Unit, which has received strangely little attention.

The report found that the 2008 load shedding crisis may have been partly engineered by Eskom employees who ignored repeated warnings that coal stocks were running low. The report says the “self-created” emergency was then used as a pretence to sign off on about R14-trillion in overpriced coal contracts.

A rigged and outdated energy plan

All in all, Mantashe seems set on locking us into deepening load shedding, as well as a more expensive and polluting energy system. That is hardly a new story, though – it is a central part of our 2019 Integrated Resource Plan (IRP), which determines our future energy mix.

During his press conference, Mantashe went on the defensive when a journalist asked about the IRP being outdated. His response was that South Africans are “a noisy nation” and that we constantly want to change things rather than implement them.

Instead of changing the IRP, Mantashe said “we must execute what’s in place”. Only if there are “shortcomings” with the IRP should we revisit it, according to him. The thing is, there are massive shortcomings in the IRP, so a revisit of the plan was due the very day it was corruptly created.

The need to overhaul the IRP has become more pressing as the costs of renewables have plummeted. As a result, a major new report warns that tens of trillions of rands in coal and gas plants risk becoming uneconomic by 2030. Many will have to be retired early.

The result for South Africa’s coal-dependent energy sector becomes an even heavier anchor that further drags down our economy. Yet, rather than adapting to the rapidly shifting reality, Mantashe wants more coal and massive amounts of fossil gas, while constraining renewable energy.

It does not have to be like this. If our government chose, we could be leading the world in renewable energy. Just look at places like Vietnam, which managed to build solar plants equivalent to six coal power stations just last year. Meanwhile, Mantashe embarrassingly brags that in the space of a few years we will have brought on two power stations worth of energy.

Such a shocking performance is bad enough with South Africa facing the prospect of deepening load shedding. It is morally abhorrent in the face of the climate crisis, which requires that we rapidly move away from the polluting and outdated fossil fuels that Mantashe is trying so desperately to keep us locked into.

As the Climate Justice Coalition has been demanding in its Green New Eskom campaign, South Africa can and should be leading a rapid and just transition to a more socially owned renewable energy future, which provides clean, safe and affordable energy for all.

We should be putting in place green industrialisation policies to build that energy at home, resulting in a thriving, job-creating renewable energy sector, rather than importing polluting and expensive fossil fuels.

To do so we must get the obstacles to change out of the way. The biggest obstacle is the Department of Mineral Resources and Energy. It is a rogue department that refuses to be accountable to communities, workers or civil society.

If we are to win a more socially, economically and ecologically just future, we can no longer stand by quietly while Mantashe and the department condemn us to darkness and pollution. It is time we rose up and took back our energy future. DM/MC

Alex Lenferna is secretary of the Climate Justice Coalition and a campaigner with 350Africa.org. He holds a PhD in climate and energy justice from the University of Washington.