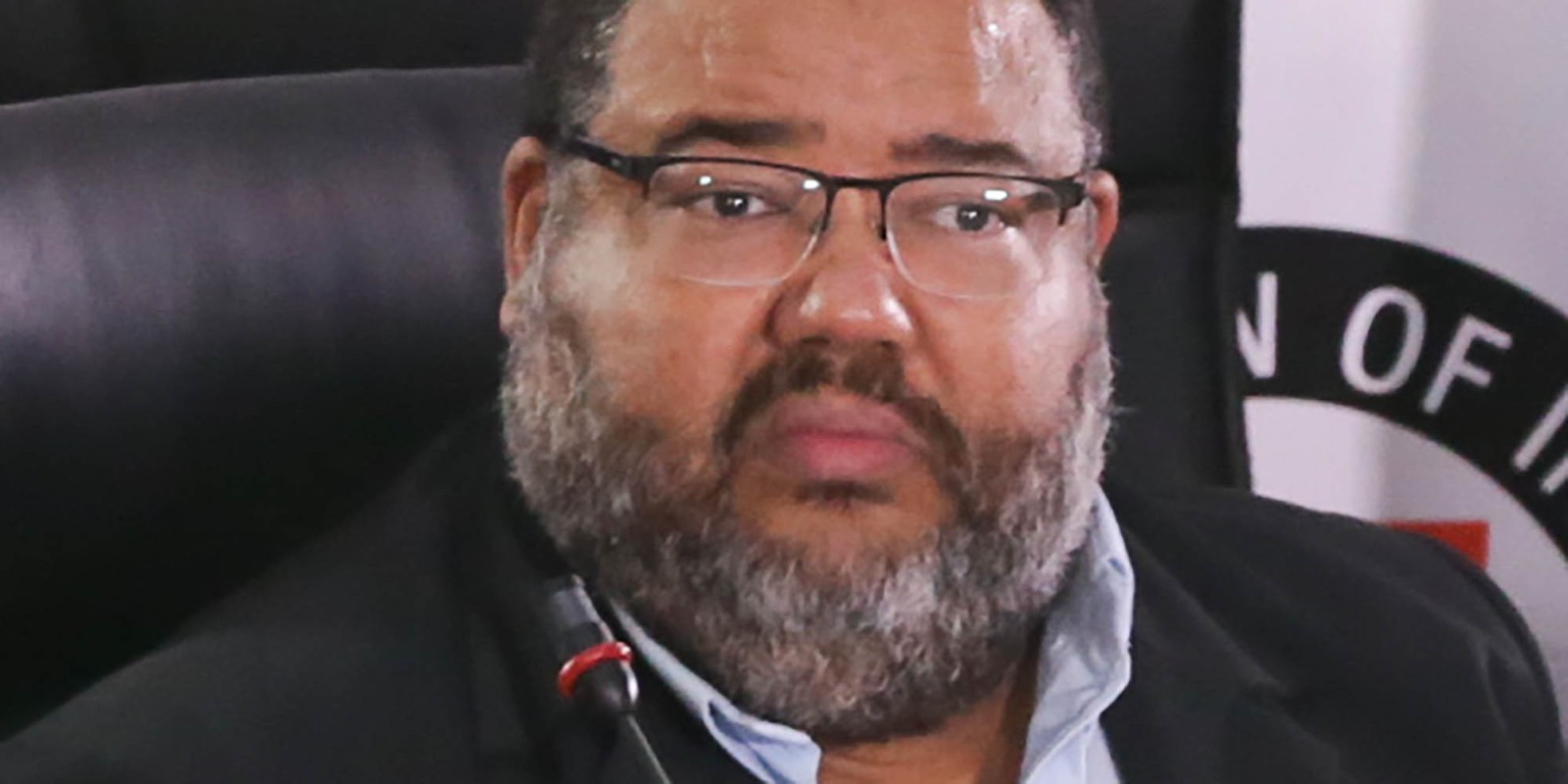 Bain & Company knew Tom Moyane would be appointed SARS commissioner months before it happened, but the consultancy firm’s ambitions went beyond profiting from the gutting of the SA Revenue Service, according to former partner Athol Williams.

US-based management consultancy firm Bain & Company kicked off proceedings at the State Capture Commission on Tuesday by arguing that it should be able to release its affidavits to the inquiry, or at a summary, as former Bain partner Athol Williams was giving evidence.

Representing Bain, Alfred Cockrell SC said the company’s application to cross-examine Williams was yet to be heard and cross-examination was not guaranteed, meaning Williams’ version would stand in perpetuity while the commission’s rules prevented Bain from releasing its submissions.

Evidence leader Alistair Franklin SC noted that Bain leaders did not appear willing to subject themselves to questioning at the commission. “That is a case of having one’s cake and eating it,” he said.

“There seems to be nothing special in Bain’s circumstances compared to the norm,” said Deputy Chief Justice Raymond Zondo, who will make a ruling on Wednesday as to whether Bain can release its affidavits.

Bain had valid reasons for trying to counter Williams’ testimony. The company has offered a half-hearted apology for its role in gutting the SA Revenue Service’s (SARS’) investigative capacity under commissioner Tom Moyane and agreed to repay its R217-million in fees, but Williams testified that the company’s planned role in State Capture appeared to go far beyond SARS and that Bain’s global leaders knew what they were getting into.

Williams worked at different Bain offices from 1996 and returned to the company as a partner when it relaunched its South African operations in 2009. Italian Vittorio Massone was sent to manage Bain’s SA branch in early 2010 and Williams immediately had concerns.

In 2010, Williams wrote to his bosses in London expressing his concerns. The London office sent a team to investigate, but they retained Massone, which Williams understood as an endorsement of his boss. He stepped aside from his formal employment at Bain and took on a role as a senior adviser on an ad hoc basis.

Williams watched as Massone testified at the Nugent Inquiry into SARS in 2018 and said he was shocked. His concerns about his former boss had been realised.

Bain had worked with Moyane before he was appointed as SARS commissioner and even developed a plan for his first 100 days before he got the job. It was clear that Massone knew Moyane would be appointed. Once he took the job, Moyane appointed Bain to help restructure SARS and Bain essentially legitimised the plan to gut the revenue service of its investigative capacity while charging significant fees.

After watching Massone’s testimony, Williams reached out to Bain leaders to express his disappointment, but also to offer help.

In 2019, Bain appointed Williams, a leader in the business ethics field who has five masters degrees from institutions such as Oxford, MIT and Harvard, to oversee its investigations into its work with SARS. At the same time, law firm Baker McKenzie was appointed to investigate Bain’s work with SARS and other state entities.

When Williams took the job, he told Bain he would put the country before the company. His agreement with Bain stipulated that he would have access to the necessary documents and could share them with third parties, regardless of their confidentiality.

He resigned after only six months, after he was denied access to relevant information. He never saw the Baker McKenzie report, “despite my constant pleading for it and asking for it”. The report was also never submitted to the Nugent Commission, as planned, after the company stopped participating in the inquiry.

“Part of doing the right thing, by my estimation, was to make full disclosure of what had happened. The fact that Bain continued… even when I was an employee, a partner brought in to deal with these issues… they continued to withhold that from me, convinced me that I couldn’t then be part of that.”

“And, in fact, I’ve got evidence to suggest this was a conscious decision on Bain’s part to not submit, to not file the report to the commission, and not to make that report available to me.”

After he left Bain, Williams started going through the documents he had received, not just about SARS, but Bain’s broader work in South Africa. Those documents and correspondence between Bain employees suggested the company had grand plans to profit off Jacob Zuma’s State Capture project.

Before Moyane was appointed as SARS commissioner, Bain appeared to have played a role in Sipho Maseko’s appointment as Telkom CEO. Like Moyane, Maseko received management training from Bain before he was appointed. And, as in the case of Moyane, Bain’s Massone met Zuma in the lead-up to Maseko’s appointment. Bain had described its work at Telkom as “a president’s project”, said Williams.

Bain officially referred to its Telkom work as “Project Phoenix” and Massone, in an email, suggested it was a successful trial for the firm’s implementation of Zuma’s vision.

“It seems to me that Bain had become president Zuma’s consultants of choice because Bain seems to have this assurance that they are key to whatever the president’s vision for the country is and his legacy,” said Williams.

Bain has admitted to failures in its work with SARS and has said it “let South Africa and ourselves down”, while it has also rebuked and sought to muzzle Williams’ evidence.

Massone met Zuma at least 12 times, probably more. Bain did not have any direct contract with the then-president and the company has claimed the meetings were about Bain marketing its abilities.

“Why would these unusual meetings be happening at that frequency, all after hours, and behind closed doors, all at the president’s official residence?” asked Williams.

Asked whether the meetings might be part of Bain’s marketing efforts, Williams responded, “Other than sort of laughing really loud and rolling on the ground, for me it’s absurd.”

He also noted a Bain memo on implementing the ANC’s 2014 election manifesto. “Now, clearly Bain is working with the ANC, a political party, to further their objectives,” Williams told the commission.

Bain’s relationship with Zuma appears to have emerged after Maseko introduced Massone to Muvhango producer Duma Ndlovu and musician Mandla kaNozulu. The pair had a company, Ambrobrite. In an affidavit, Massone told the Nugent Commission the company “assisted my introduction to the public sector”.

Bain signed a contract with Ambrobrite in November 2013, but had paid them previously for what appears to have been an ANC Youth League party. Williams said it was “highly unusual” that Bain would enter into an agreement with Ambrobrite, whose leaders introduced Massone to Zuma.

“When I read this it sounds like these are two individuals who are very close to politicians and are able to open doors to politicians for Bain,” said Williams on Bain’s agreement with Ambrobrite.

“In my mind, it’s quite extraordinary to pay these artists R3.6-million a year plus success fees for doing something which typically a very different profile of person does.”

“If these individuals are so well connected with the current president and his administration, by association with them, Bain too will become associated with this faction and, as will certainly be the case, when he and his associates fall out of favour, Bain will also fall out of favour for even worse,” she wrote in an email.

She raised caution on whether the deal might further allegations raised over Maseko’s Telkom appointment and the perception that Bain was paying people close to the president to secure contracts with state entities.

Williams testified that Bain’s work with Moyane prior to his appointment did not reflect standard CEO coaching and pointed to the fact that the company knew he was going to be appointed to SARS, which it would later profit from. He will return to the commission on Wednesday to continue his SARS-related testimony.

Bain has admitted to failures in its work with SARS and has said it “let South Africa and ourselves down”, while it has also rebuked and sought to muzzle Williams’ evidence.

SARS issues are due to take up most of the commission’s time this week and former SARS officials Vlok Symington and Johann van Loggerenberg are due to testify after Williams. Moyane is scheduled to appear on 25 March.

“SARS has featured prominently in allegations of State Capture and it will be contended that the actors in question weakened and misdirected operations of SARS, particularly its compliance functions, rendering it less effective and all for unlawful purposes,” said the evidence leader, Franklin. DM