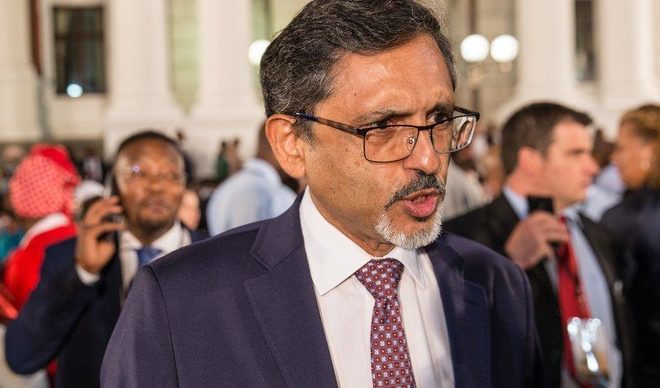 The National Lotteries Commission has been using a regulation of the Lotteries Act to hide information.

The State Attorney says Trade and Industry Minister Ebrahim Patel does not intend to oppose a high court application seeking to amend a regulation of the Lotteries Act.

Regulation 8 of the Lotteries Act, which deals with the confidentiality of lottery grant information, has been interpreted by the National Lotteries Commission (NLC) to mean it cannot make the recipients of lottery grants publicly available. (These are NLC grants to organisations to do good works, not lottery winners.) This has made it easier for the NLC to evade accusations of corruption.

The proposed amendment to the Act will make it harder for the NLC to hide its beneficiaries.

Lawyers acting for Media Monitoring Africa (MMA) and the South African Editors’ Forum (SANEF), had earlier given the court notice that their application involved a constitutional matter.

In a letter to the MMA and SANEF lawyers late last year, State Attorney MW Motsepe said that Minister Patel did not intend to “litigate” the matter.

“We are … asked to advise you that the minister does not intend to litigate the matter, but to adopt a course that addresses your clients’ concerns,” Motsepe wrote.

In their response, MMA and SANEF attorneys replied: “We have taken instructions from our clients, and confirm that our clients are amenable to engaging with the minister in order to amend Regulation 8 in a manner which addresses the concerns which are set out in their application.”

Several organisations had joined the SANEF/MMA action as friends of the court. They are Corruption Watch, Child Welfare SA, Epilepsy SA, SA Federation for Mental Health, SAVF, RATA Social Services, Give a Child a Family, Sinani KZN Programme for Survivors of Violence and The Teddy Bear Clinic for Abused Children.

In another significant development, the NLC this week published details of grants it had awarded in the 2020 financial year. It had earlier refused to publish details of 2019 grants and it had removed details of the 2018 grants from its website.

The NLC finally bowed to pressure last year and released some details of the 2018 and 2019 grants to Parliament.

“It is my view that the NLC accounts must be open and transparent and that the public is entitled to know the beneficiaries of the monies that the NLC manages on behalf of the people,” Patel wrote in a letter when the information was released to the Parliamentary Portfolio Committee for Trade and Industry.

“It is a norm that the List of Projects Funded by the National Lotteries Commission (NLC) would have also been published in their annual reports,” wrote Patel.

GroundUp’s ongoing investigation into the Lottery has uncovered corruption, maladministration and nepotism involving Lottery grants running into hundreds of millions of rands. But the investigation has been marked by the refusal of the National Lotteries Commission (NLC) to disclose details of projects funded by it, citing Regulation 8 of the Lotteries Act.

Three grounds were stated by MMA and SANEF as reasons for challenging the constitutionality of these regulations:

They are an “unjustifiable” limitation to the right to freedom of expression that is enshrined in Section 16 (1) of the South African Constitution;

They are “unconstitutionally and impermissibly vague”;

And, they are ultra vires – beyond the authority and powers – of the Lotteries Act.

Alternatively, Sanef and MMA asked for a “publication in the public interest” clause to be inserted into the regulations.

MMA director William Bird said, “We welcome the decision by Minister Patel to change the regulations that have been illegally and unjustifiably used to try and hide wrongdoing by some within the NLC. The excellent reporting over the last few years that has exposed corruption isn’t just important for good governance and accountability but it serves to highlight the critical importance of having access to information.”

Kate Skinner, Sanef’s executive director, welcomed the decision by Patel not to litigate the matter, and by the NLC to release information again on its grantees.

“This is a victory for access to information and accountability. Further, the Minister of Trade and Industry has stated that he is prepared to look at the offending Regulation 8 that the NLC has been hiding behind. Again, a significant progressive development,” she said.

In response to questions about whether the NLC was aware of the decision by Patel not to litigate, and why it had decided to release the 2020 grants details, spokesperson Ndivhuho Mafela said, “The NLC is unable to comment on matters that are undergoing legal processes.” DM