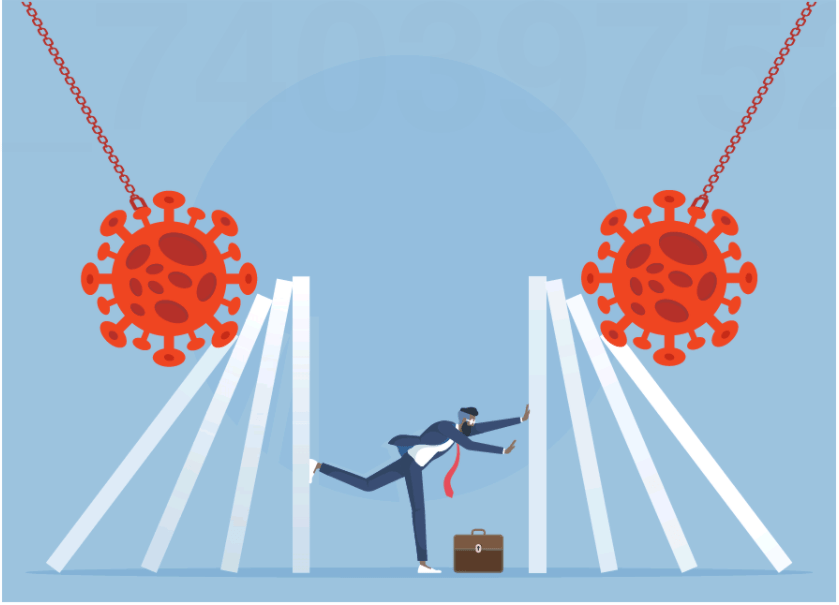 SA’s main commercial banks all delivered results this past fortnight, and while they remain resilient, profits are down to the extent that some have passed on paying a dividend.

The dramatic decline in the economy in 2020 has left banking groups under severe strain, but SA has seemingly managed to avoid a banking crisis. But the results statements released over the past two weeks suggest it was close.

Bank earnings generally tend to be more or less predictable – but not last year, as Covid-19 and the lockdowns obliterated the economy. That forced the Reserve Bank’s Prudential Authority to step in with guidance in April last year, advising banks to hold back on dividends and preserve their capital.

While it relaxed its guidance in February 2021 as conditions improved, only FirstRand and Standard Bank took advantage of the move. Investec already resumed payments at the end of its September first half. Capitec still has a month to decide before it releases its annual results.

Stephán Engelbrecht, fund manager at Anchor Capital, believes results for the period to end-December 2020 indicate that the pain has been less severe than many expected in June, when large credit provisions were raised. “SA banks have been incredible dividend payers since they listed. We must appreciate that the Covid crisis and the reaction of the SARB [South African Reserve Bank] that caused the SA banks to suspend their dividends were truly Black Swan events.

“Although the growth trajectories of these banks are … still very uncertain, we are confident that SA banks will start to become regular and strong dividend payers again in the near future.”

While Standard Bank and FirstRand entered the Covid crisis in a stronger capital position than Nedbank and Absa, Engelbrecht isn’t worried that the latter two will require additional capital. In fact, he welcomed the prudent decision to shore up their balance sheets, with dividends likely to follow this year.

Absa managed to grow 2020 revenue by 2% to R81.4-billion, while operating costs declined by 2% to R45.6-billion, improving its cost-to-income ratio to 56% from 58%. However, normalised headline earnings fell 51% to R8-billion after impairments soared to R20.6-billion as the pandemic hampered the ability of its customers to repay their loans. Normalised earnings exclude the impact of its managed separation from former parent company Barclays. Its normalised return on equity (ROE), a key measure of its financial performance, decreased to 7.2% from 15.8%.

Most of the decline in profitability came in the first half of the year, when headline earnings toppled 82% compared with the first half of 2019. In the second six months they were just 19% below the comparative period.

In Nedbank’s case, revenue for the year to end-December fell 3.5% to R54.2-billion. Expenses were trimmed by 1.3% to R31.8-billion, but its credit loss ratio swelled to 161 basis points from 79 basis points. The group’s impairment charge increased by 114% to R13.2-billion, including R3.9-billion of Covid-19-related overlays and judgemental estimates. Headline earnings fell 56.5% to R5.4-billion, with diluted headline earnings per share coming in 56.6% lower at R11.13. It attributed the declines to the higher impairments and lower revenues, mainly due to lower levels of client activity and the impact of lower interest rates on its endowment income. Falling interest rates have a negative impact on banks’ earnings as the interest received on loans doesn’t fully compensate for the increased costs associated with deposits and longer-term funding. The so-called endowment effect is countered to some extent by more affordable payment terms for borrowers.

Standard Bank’s results were cushioned by its African operations outside South Africa as local consumers continued to come under severe pressure due to Covid-19.

“Regional diversification has counted in Standard Bank’s favour within these results as the rest of Africa business managed to grow earnings year on year,” said Meyrick Barker, investment analyst at Kagiso Asset Management.

“Most of their earnings across the rest of the continent are generated by the Corporate and Investment Banking franchise, while the retail business remains a relatively small profit contributor,” Barker added.

Total income for the year declined by just 2% to R109-billion, but credit impairment charges jumped by 159% to R20.6-billion. Group headline earnings fell by 43% to R15.9 billion, resulting in headline earnings per share of R10.03.

“Credit impairment charges were 2.6 times those reported in the prior period, reflective of the strain experienced by our clients.”

Despite the decline in earnings, the bank declared a 240c dividend for the year, down 76% from 2019. “Banks are highly leveraged entities, so in an environment where there remains a lot of uncertainty as to the ultimate credit losses that they’ll suffer, it’s prudent to limit dividend payouts,” Barker said.

“In addition, Standard Bank has been talking about wanting to further increase their presence across the rest of the continent. To the extent that they see opportunities to deploy capital that will generate good returns, it makes sense to rather restrict dividend payouts, and instead reinvest their profits back into the business.”

In FirstRand’s case, it had the benefit of a June year end, which meant the worst of the pandemic was included in last year’s results.

It reintroduced its dividend, with a 110c per share payout, after it recovered faster than expected from the depth of the Covid-19 pandemic. Although first-half earnings were down from a year ago, CEO Alan Pullinger said the economy had rebounded better than it anticipated, supporting transactional volumes, growth in deposits and its earnings. The bank had also accreted capital and strengthened its balance sheet, supporting the case for an interim dividend.

“I think one needs to remember that South African banks have been relatively conservative over the past few years with respect to their overall balance sheets, and the reintroduction of the dividend emphasises that the balance sheet remains healthy,” said Old Mutual Wealth portfolio manager Dean Ginsberg. “That said, some customers remain under pressure.”

The group, which comprises FNB, RMB, WesBank and UK lender Aldermore, reported a 20% decline in normalised earnings due to provisions it made for bad debt, with its impairment charge rising 59% to R9.4-billion. It said, compared with the six months to end-June 2020, there were indications of a positive rebound in its performance.

Stripping out bad debt provisions, which it continued to build up since June, operating profit for the six months was only 1% down from a year earlier.