From Truth and coffee to the art of chocolate 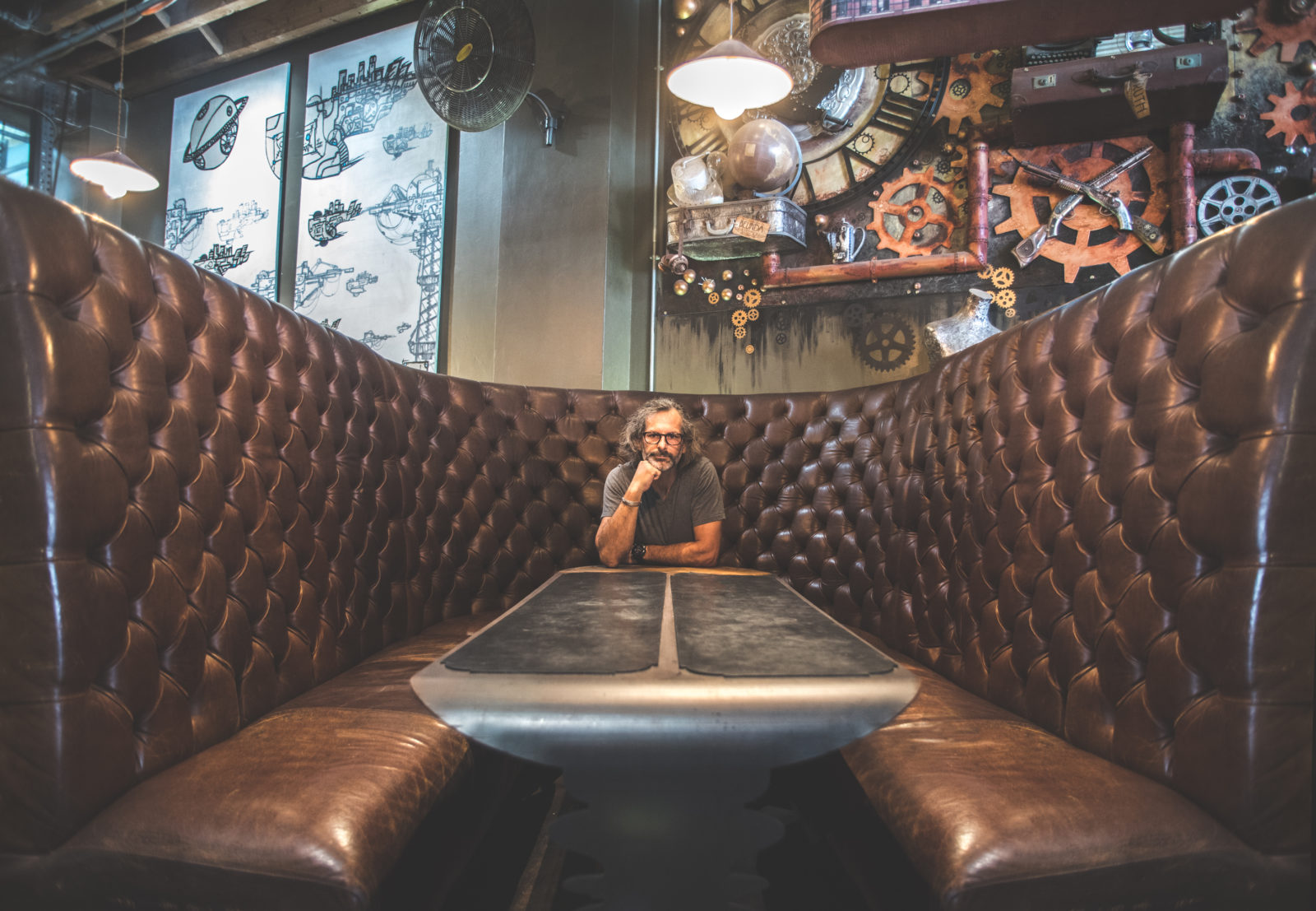 David Donde applies his experience in the coffee trade to create a new type of chocolate.

This is what David Donde said to me in a recent interview when I asked him how he came to create Minimalist Chocolate, which has just two ingredients: cocoa and milk.

Cafephiles will already be familiar with the name David Donde – the pioneer of speciality coffee in South Africa and the creator of both Origin Coffee Roasting and the internationally acclaimed, steampunk-themed Truth Coffee Cult café on Buitenkant Street in Cape Town.

Those who enjoy imbibing beverages with a little more kick may also know he’s behind Art of Duplicity, which in 2020 was not only named South Africa’s Cocktail Bar of the Year at the BAR Awards but made the long list for the World’s 50 Best Bars at #88.

Donde’s expansion into chocolate was inspired by the first brutal phase of lockdown when both Truth and Art of Duplicity were forcibly closed.

“Everyone needed to pivot to get away from Covid-19. When your turnover is at zero and you still want to pay your staff, you have to think carefully about what you’re going to do … You start thinking, well, what do we do well, and how could we apply that to other industries,” he explained.

It was then that Donde had an epiphany. The solution was chocolate.

“The third wave of coffee gets traced back to a guy called David Schomer, who goes to Italy and asks the question, ‘What makes this coffee great and that coffee kak’. He single-handedly invents the science of coffee.”

Loosely translated, from a consumer’s point of view, third-wave coffee has been produced in such a way that it no longer requires sugar; it should feature flavour over bitterness. (In fact, Donde’s umbrella company for Truth is called No Sugar Required.)

Donde’s aha moment was when he realised that if well-made coffee can be enjoyed without sugar, then the same should be true for chocolate, which follows a similar roasting method. Chocolate, however, is generally still stuck in the first or second wave.

“As an Australian barista once explained very carefully to me, you can’t polish a turd,” Donde recalls.

Using this invaluable insight, Donde then teamed up with Ken Walton, Director of Operations at Truth, and they started looking into sources for superior cocoa, the bean that chocolate is made from. After roasting a number of samples, they settled on Roça Bella Vista, a small-scale, Free Trade and organic plantation on the island of São Tomé, which historically is known to grow some of the finest cocoa in the world.

From there, it was trial and error.

As I can attest, the resulting Minimalist Chocolate is a luxuriously creamy, flavourful and mouth-filling delight that satisfies your chocolate craving in just a few blocks. It’s so good that it’s hard to believe it contains only cocoa and milk. So how did Donde and Walton get it right?

“Buying well-grown, well-processed cocoa is the first step. And the second step is understanding two processes that any food that gets cooked for flavour works with. One is the pyrolytic process, and the other is the Maillard process.”

The first is the burning of food, which ultimately turns it into bitter charcoal, while the second is the browning of food, which caramelises it and develops flavour. As Donde says, chocolate is not inherently bitter or dry, rather those characteristics are a result of the beans being rapidly scorched instead of slowly browned.

To get well-developed flavours in cocoa, the trick is understanding how to fluctuate the temperature at different stages of the roasting process.

“The real answer is to maximise the Maillard process and minimise the pyrolytic process, that’s it. You don’t need to mask dryness and bitterness in chocolate, you need to avoid them.”

So what of the texture? Donde says this is pretty clear cut: it amounts to relentless grinding of the cocoa beans.

“We don’t take the shortcuts of adding stuff in. Great chocolate is delicious without additives. We do want additives for things like mouthfeel, and that additive that we’re working with is milk, and it works really nicely.”

Of course, tempering plays a role in texture too – the final step in making a chocolate bar, when you melt it down at just the right temperature and mould it. Correct tempering will yield the perfect crystalline structure, which means a shiny, smooth bar that gives a satisfying snap when you break it.

Everything is done on-site at Truth by existing staff members, who can now add chocolate making, moulding or operations to their skillsets. The roasting is headed up by coffee roaster Oliver Rollinson, while pastry chef Bobby Kumar tackles the bars. Alyssa Blom handles logistics and overall production.

“It was a criterion that we didn’t want to employ anyone new. We wanted to give everyone a chance to make a decent living. That was core to the project, that’s not an accident.”

When asked what the market is for no-sugar, no-additive chocolate, Donde wryly replied, “I’ll tell you in a year’s time.”

Of course, it’s not like he’s flying completely blind. “There are a lot of diabetics out there and keto people and others who don’t want sugar in their diet, or can’t have sugar in their diet. But I think the bigger market is for food that’s food. Food that’s luxury in and of itself. And I think that’s really our market, true luxury chocolate, that gives you real pleasure. Why must we be eating stuff that’s bad for us when we can have the exact same thing that’s good for us?”