Cyril Ramaphosa might soon have a new weapon in his war... 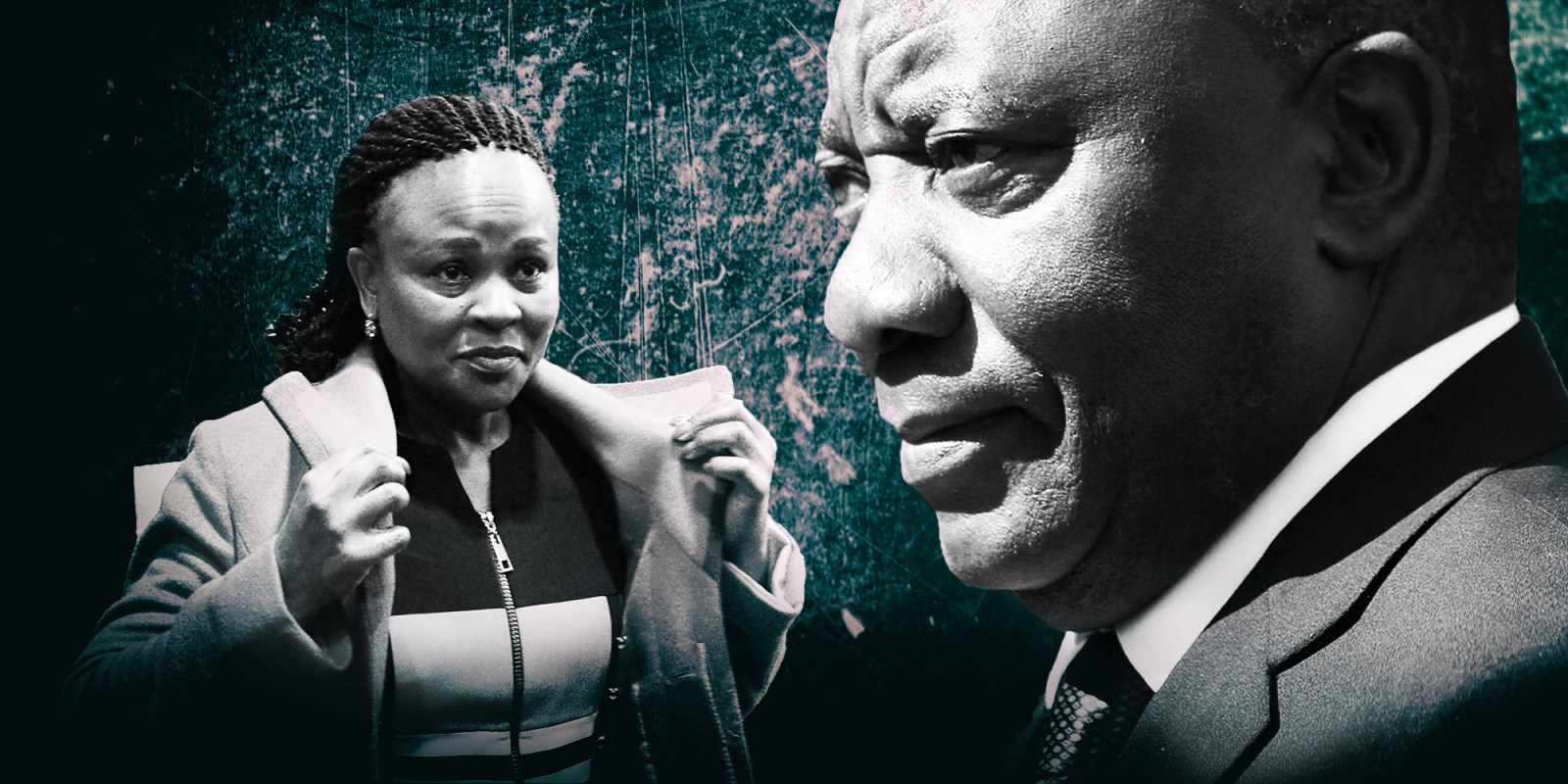 The vote by the National Assembly to continue with the formal investigation into the fitness for office of Public Protector Busisiwe Mkhwebane is a significant milestone. While much of the focus has correctly been on the balance of power within the ANC, it brings the moment closer in which the president may actually legally suspend her from office, rendering her powers null and void even before she is formally removed.

The parliamentary vote also reveals that several smaller parties represented in the National Assembly are now so hopelessly divided or incompetent as to be rendered irrelevant, and will no longer have much impact on our politics.

Tuesday’s vote was seen as vitally important because of the public utterances by ANC Secretary-General Ace Magashule that it would be wrong for any ANC MP to vote in a resolution that had been proposed by the DA. Then, just before the vote, the ANC MP (and former North West premier) Supra Mahumapelo reportedly wrote to Magashule stating his intention to buck the party whip and not vote in favour of continuing with the investigation into Mkhwebane.

However, when Speaker of the National Assembly Thandi Modise asked whether any MPs wished to abstain or vote against their party lines, none stood up in the House or raised their virtual hands on their Zoom links.

While not all of the ANC MPs were present in the session, it does mean that Mahumapelo, and possibly others, have not dared to publicly defy the instructions by the ANC caucus.

This may well have been a calculated move.

To publicly vote against the ANC’s whip in Parliament could well have meant an immediate suspension. Even people in the ANC who agree with Mahumapelo would not want to open that door. Also, should an MP actually vote against their party, that party might find it relatively easy to remove them as an MP, giving opponents of Mahumapelo and company the perfect excuse to even expel him from the ANC: defying the party’s chief whip in Parliament is a big deal.

That would mean a serious detour for Mahumapelo’s political career, who would struggle to continue directly further the aims of the faction he apparently belongs to.

It may well have been better to keep his powder dry until a more important vote where he in future could still be part of some crucial intervention.

And yet, the vote to continue the Public Protector process may be much more significant for another reason.

The Constitution states in Section 194 (3) (a) that the president may “suspend a person from office at any time after the start of the proceedings of a committee for the national assembly for the removal of that person”.

This means that the moment the committee starts, President Cyril Ramaphosa has in his toolbox the full right to suspend Mkhwebane.

While this would be a risky political move (it would appear as if he is suspending a Public Protector who has been investigating his conduct), just the power to do this could change the game.

It would mean that any powers currently enjoyed by Mkhwebane could be legally removed from her.

This possibly means that her supporters, both within the ANC and in the EFF, could try to delay the formation of this panel for as long as possible — and the EFF has already said it will go to court.

Meanwhile, in the ANC, the next battle could well be about who will be on this committee, as the ANC numbers on the committee will determine the final decision on whether to recommend to the National Assembly that she be removed.

But also finding ways to delay the composition of the panel will be a victory for her supporters, rendering the battle over her future long and contentious.

However, Mkhwebane herself may be feeling the pressure. She is on a sabbatical, which could be an indication that she is finding life away from the office easier than life in the office.

The parliamentary vote was also revealing over some of the actions, and the state of, some of the smaller parties.

It was the IFP that put Mkhwebane into the mix during the 2016 public parliamentary selection process. Despite that, the IFP voted on Tuesday for the establishment of the committee to consider her removal from office.

While the party can say that it is acting on the findings of the independent panel (which found prima facie evidence of “sustained incompetence” and “misconduct” against her), it may still need to explain itself here. Should the party perhaps confess that it made a mistake? It might find that apologising for that mistake might win it back some voters.

Meanwhile, the image of the United Democratic Movement leader Bantu Holomisa may also have changed through this process.

He was expelled from the ANC in 1996 because he refused to ignore issues of corruption (he was a corruption-buster who told the Truth and Reconciliation Commission that Stella Sigcau, then public enterprises minister, had received money corruptly as part of an alleged R2-million gambling rights bribe in the Transkei).

Now, his critics might argue that his support of Mkhwebane suggests he is willing to allow corruption to flourish.

The PAC was marked as absent for the vote. This is because the party has appeared to split into not two, but four factions. There is no agreement on who the actual Member of Parliament should be. As a result, it no longer has significant political power.

Cope split off from the ANC in 2008 in response to now former president Jacob Zuma’s ANC election victory at Polokwane. It has claimed to be an enemy of corruption and has had strong views on almost everything under the sun.

And yet it abstained on Tuesday. It was not able to form a coherent position.

The African Independence Congress (the party that was created to campaign on the provincial boundaries between the Eastern Cape and KwaZulu-Natal and is based in the town of Matatiele) was absent on a vote that is seen as crucially important. Again, a smaller party did not use the opportunity to express itself on this issue.

Considering that there appears to be dissatisfaction among many voters with the three bigger parties, and the large number of people who now do not vote, there is a gaping chasm that these smaller parties could fill.

Instead, they are inhabiting a political vacuum. They are either consumed by their own infighting or simply unable to come up with a coherent position on an important issue for our democracy.

They are likely to pay a price for this in the local elections.

In the meantime, the ANC itself is likely to be consumed by the same problem facing some of the smaller parties. The infighting will only continue, and perhaps even degenerate further. DM