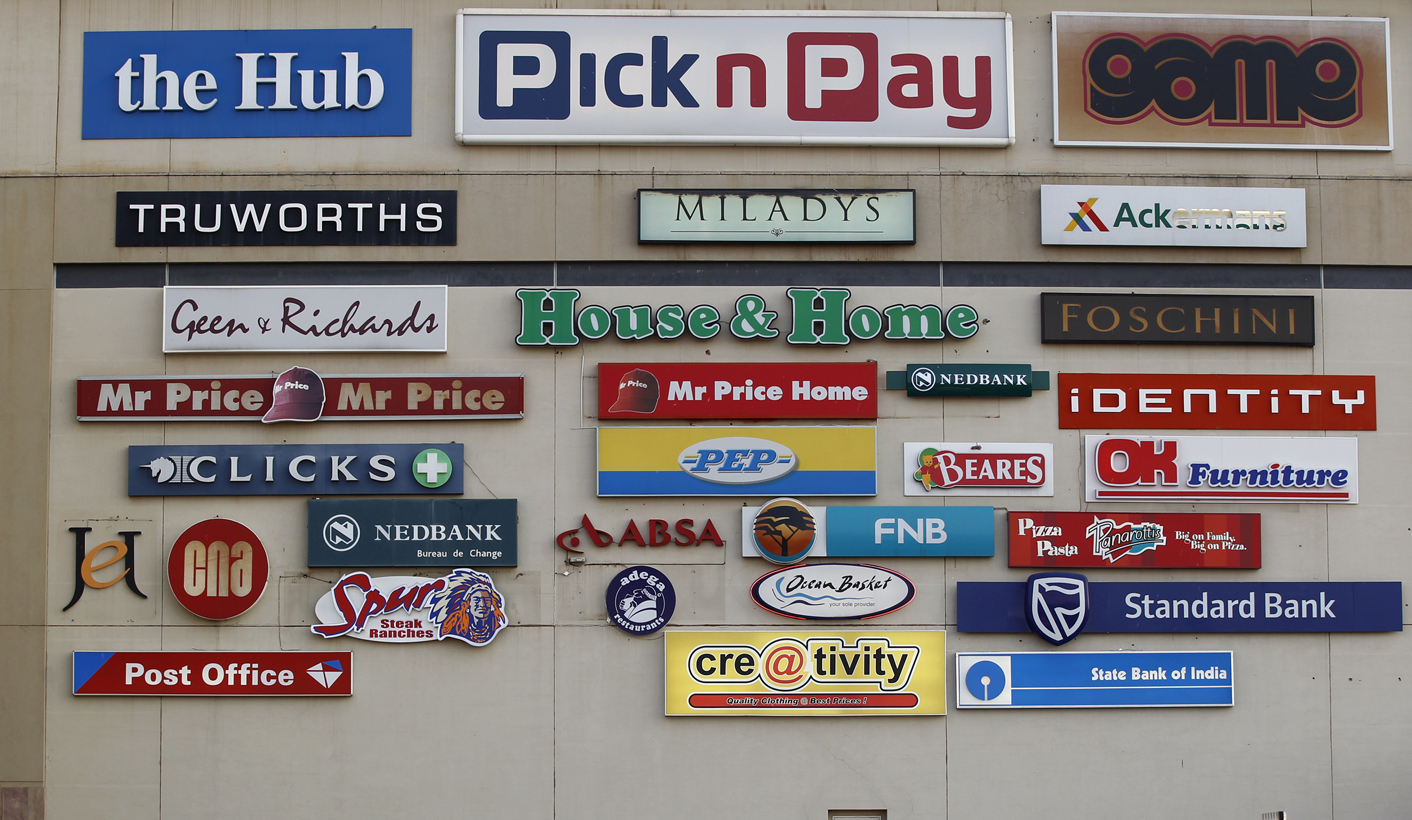 Retail trade sales fell on an annual basis for the 10th month in a row in January, posting a 3.5% decline. This points to persistently weak demand in a fragile economy which seems to be heading for a first-quarter contraction.

The retail trade sales data, released by Statistics South Africa (Stats SA) on Wednesday, are the latest to add to a gloomy picture for the South African economy ahead of next week’s interest rate decision by the central bank.

The 3.5% year-on-year fall in retail sales was the 10th straight month of decline, which began in April of last year, the first full month of ultra-hard lockdown. So the retail sector has effectively been limping along ever since and has yet to recover, which is no surprise in the wake of the 7% gross domestic product (GDP) contraction in 2020. 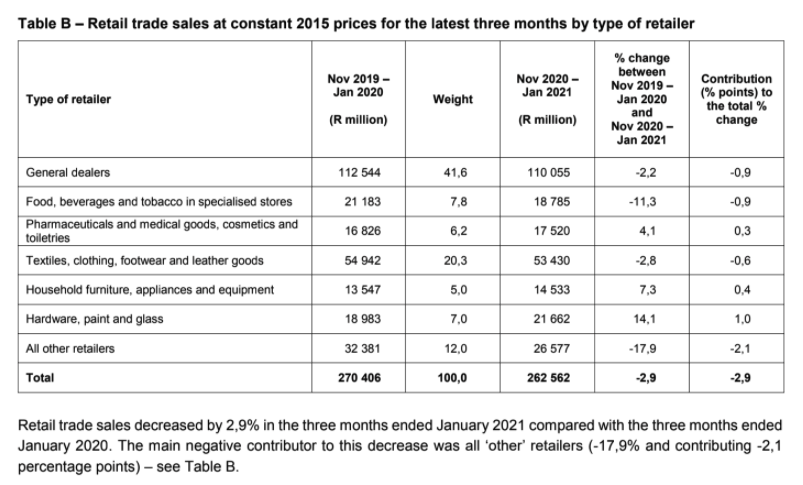 It also signals, along with other data such as weak manufacturing and mining output numbers for January, and tepid business confidence and consumer confidence surveys, a faltering start to 2021. The 3.5% drop was considerably steeper than the 1.2% dip recorded in December, no doubt in part because of the renewed lockdown restrictions, including the booze sales ban, that were reimposed towards the end of last year.

“Hard data releases for 2021 thus far justify our view of a soft start to the economy in 2021 and the expectation of a contraction in both quarterly and annual terms in Q1,” NKC African Economics said in a commentary on the retail sales figures release.

This data will be on the mind of the SA Reserve Bank’s Monetary Policy Committee when it meets next week to deliberate interest rates. Last year’s 300 basis points worth of rate cuts do not appear to have significantly inflated demand. Then again, without that aggressive round of monetary loosening, the numbers would probably have been far worse.

The numbers only look reasonably good if compared to the 49.9% plunge in retail trade in April of last year, the worst month on record for any data-set for the South African economy.

And things were anything but perky in the first three months of 2020. After modest increases of 1.3% and 1.9% in January and February respectively last year, there was a 2.9% bump in March – almost certainly driven in part by bulk buying as lockdown loomed.

Unsurprisingly, “retailers in food, beverages and tobacco in specialised stores” experienced the sharpest decline in January of this year at 33.6% – the price of prohibition. It will be interesting to see if pent-up demand for booze is reflected in the February reading. Then again, this economy is still nursing one hell of a hangover. DM/BM