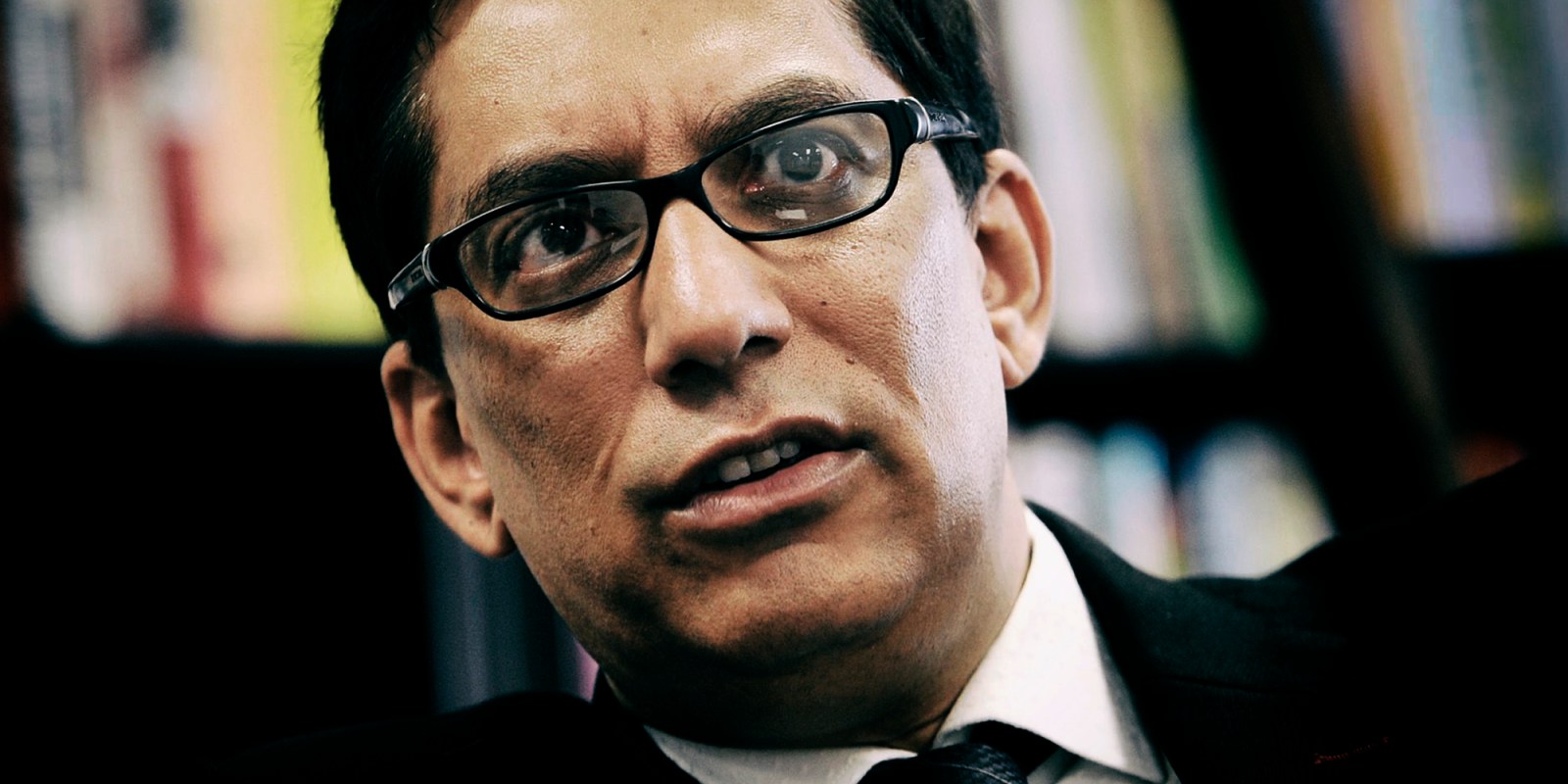 A ‘fantasy’ and ‘conspiracy theory’ was how opposition and ANC MPs described Independent Media and AYO Technology Solutions’ presentations to Parliament’s Standing Committee on Finance on Thursday.

The ANC MPs were less stringent than their opposition counterparts, but everyone agreed that the AYO and Independent Media presentations had failed to address the agenda of the day: “Meeting with National Treasury, the Public Investment Corporation (PIC), the Sekunjalo Group and Mr Maponya on the Mpati Commission of Inquiry Report”, as the official Z-List of committee meetings put it.

In his closing remarks, Sekunjalo Investment Holdings and Independent Media executive chairperson Iqbal Survé took issue with that. It had not been the committee that had invited the entities, he said, it was Sekunjalo that had written to the committee “after the honourable minister of finance mentioned hearing the other side”, and those letters did not mention the Mpati commission.

Survé insisted, “There has been not a single dispute of the facts of the presentation of either AYO or Independent Media.”

But DA MP Geordin Hill-Lewis quickly responded on the Zoom chat, “I dispute ALL the facts. The presentation was fantasy.”

Earlier Hill-Lewis sharply criticised the AYO and Independent Media presentations as “conspiracy theory that’s presented as analysis” with everyone working against them – the JSE, banks, SA Reserve Bank, other media, the government and the PIC.

Both companies styled themselves as drivers of transformation with a focus on black professionals and, in Independent Media’s case, as changing the narrative of South Africa.

Although invited to respond to the Mpati commission report, neither AYO nor Independent Media outlined any objections and responses. “The best response for the PIC is to proceed with their court cases and ignore the fantasy you have presented here,” the DA MP said.

The Mpati commission was established in October 2018 to probe several questionable transactions by the PIC, the government-owned investment manager of more than R2-trillion in workers’ savings and pensions.

Among those transactions were at least three involving Survé, Independent Media, Sagarmatha and AYO Technology Solutions. In its hard-hitting March 2020 report that was sharply critical of the PIC, the commission also found irregularities at AYO and Independent Media, including insufficient liquidity and concentrating risk.

AmaBhungane has reported extensively on the layering of subsidiaries and cross-ownership links within Sekunjalo Group – and the PIC’s R4.3-billion investment in AYO Technology Solutions and Independent Media.

On Wednesday, Freedom Front Plus MP Wouter Wessels similarly did not mince his words.

“We heard a lot of rhetoric, not facts. We’ve heard a lot of conspiracy theory, not facts,” said Wessels, also pointing out that despite the Mpati commission’s findings on AYO and Independent Media, nothing was said to address these findings.

“It is disgusting that under the guise of transformation there is an attempt to shift the attention from the failures of SIM [Sekunjalo Independent Media],” said Wessels.

The ANC MPs were less sharp, but similarly raised concerns.

“What is the ulterior motive? That statement sounded to me more like conspiracy theory. The companies that have presented here are equally ill-prepared,” said ANC MP Noxolo Abrahams.

Fellow ANC MP Kenny Morolong followed suit: “We need to avoid conspiracy theories that have nothing to do with the Mpati commission.”

EFF Chief Whip Floyd Shivambu stayed away from conspiracy theories, to refocus on the PIC mandate and investment criteria and quantum. But he tackled AYO and Independent Media for repeatedly thanking Finance Minister Tito Mboweni.

“AYO and Independent Media must be informed this is a parliamentary process, not the minister’s. The minister is not a member of SCOF [Standing Committee on Finance]; we oversee him.”

Still, Survé’s subsequent closing remarks insisting on the ministerial role in Wednesday’s SCOF meeting ignored that point about the separation of the legislative and executive spheres of government and how Parliament conducts its business.

However, Mboweni’s comments during the 2 December 2020 SCOF meeting when he and the PIC briefed MPs on the Mpati commission report were regarded as off-the-cuff remarks.

At least, that seemed to be the view within the committee. But the proceedings were deemed an opportunity by Sekunjalo, which, according to Survé’s account, sent it letters that ultimately led to Wednesday’s meeting.

Businessman Kholofelo Maponya, who is in court with the PIC over a R45-million fee he claims for facilitating a PIC-SA Home Loans agreement, and his lawyer kept it brief. In contrast, AYO and Independent Media talked for 90 minutes with just one interruption – on the length of the presentation – during the scheduled three-hour meeting.

It’s a clever move by the companies: parliamentary committee proceedings are broadcast, even if delayed, on DSTV channel 408, and also carried on Parliament’s YouTube channel and social media platforms.

That’s significant exposure for telling one’s side, even if that’s done by asserting that AYO was “the victim of a smear campaign”, that Sagarmatha was subjected to “different treatment” by the SARB in its attempts to list on an (unnamed) international stock exchange and that criticism of Independent Media is an attack on media freedom.

Independent Media chief operations officer Takudzwa Hove argued that the PIC was “hostile” and is being used as “a blunt instrument against Independent Media” in what’s a “direct attack on media freedom [that] undermines our Constitution”.

Mboweni again got a nod from Hove. “We are thankful for the minister for the invitation and also to the chairperson for allowing us to present. Our country needs media freedom and we should, together with Parliament, resist any attempts to hinder media diversity and transformation.”

Wednesday’s presentation to SCOF was carefully orchestrated. At the start Survé sat with the AYO team, saying the company board and executive had kindly invited him, and then moved to another office to join the Independent Media executives. “I have to move to another office. There is separation of offices.”

But, judging from MPs’ responses, the performance did not hit the mark. Neither did it resonate with the PIC as the National Treasury sleekly sidestepped saying anything.

PIC boss Abel Sithole told MPs, “I would like to say to the committee… there have been a number of factual assertions we are not able to respond to at this time.”

And that was it, more or less, give or take a specific page reference in the Mpati report to counter Maponya’s claims. The National Treasury kept it even briefer.

“We appreciate the information shared with the committee. A lot of it, it’s new how it is conveyed in this perspective and we will relay this to our principals for… consideration. Thanks,” said National Treasury chief director Unathi Ngwenya.

At the ANC’s proposal, it was decided the PIC should have the opportunity to fully respond, including on the status of various litigation, at another committee meeting on a date to be decided. DM