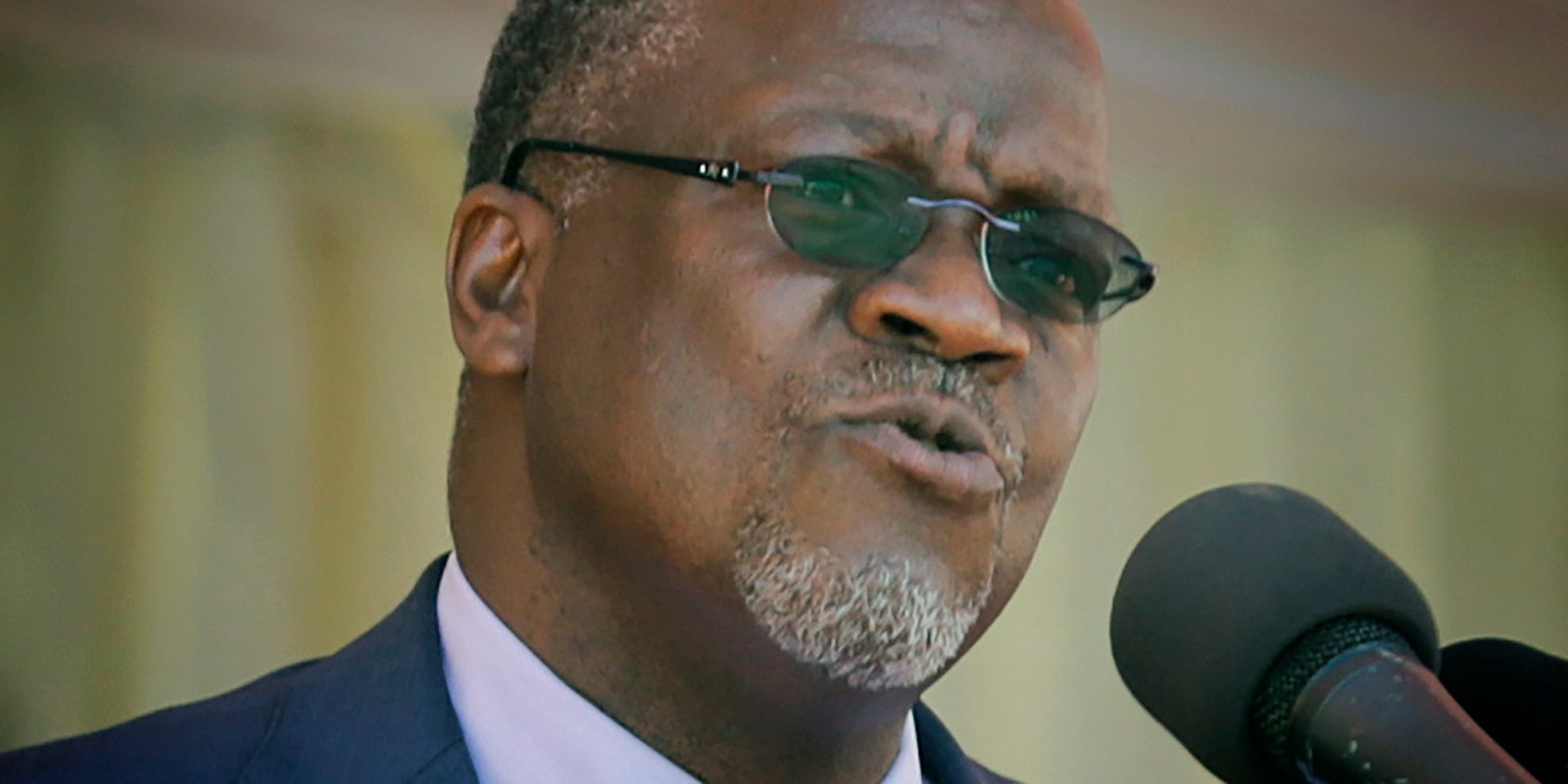 President John Magufuli’s ‘mysterious absence’ from any public appearances since 27 February has prompted widespread speculation that he is critically ill with Covid-19 or suffered from cardiac arrest.

The Tanzanian opposition has called upon the country’s government to inform the public if President John Magufuli is medically fit to govern the country — and if not, to replace him with the vice-president, as demanded by the constitution.

Magufuli’s “mysterious absence” from any public appearances since 27 February has prompted widespread speculation that he is critically ill with Covid-19 or heart issues and that he is in a Nairobi hospital in neighbouring Kenya.

The Tanzanian government has mostly denied the reports and has arrested citizens for posting on social media that Magufuli is seriously ill. He has consistently denied the risk of Covid-19 or has claimed that it has been defeated by prayer. He has enforced no physical distancing measures to guard against the deadly virus.

On Tuesday, Zitto Kabwe, leader of the opposition ACT-Wazalendo Party, issued a statement saying that the party had “confirmed beyond doubt that the president is ill” and that his “mysterious absence” raised concerns about who was governing the country.

“The government should inform the public about the actual status of the president’s health and whether he is still able to carry out his duties,” Kabwe said. If not, the chief justice “should commence the relevant constitutional process,” he added.

He noted that in such circumstances, the constitution mandated the cabinet to ask the chief justice to launch a medical inquiry to establish if the president was unable to discharge the functions of his office by reason of physical or mental infirmity.

Kabwe said Magufuli was last seen in public at the swearing-in of Chief Secretary Dr Bashiru Ally on Saturday, 27 February.

“Shortly thereafter, claims of his hospitalisation, allegedly from Covid-19 infection or a reported cardiac arrest began to circulate.

“While the government is yet to officially confirm or dispute such sensitive reports, the president’s absence has raised palpable public anxiety and tension which threatens the welfare of the country.”

Kabwe said top government officials had made conflicting statements about Magufuli’s health. Last week in Njombe District, Prime Minister Kassim Majaliwa told Muslim faithful at a prayer meeting that he had spoken to Magufuli and asked the public to ignore any insinuations about the president’s wellbeing.

However, on Monday, Vice-President Samia Suluhu Hassan, while touring Tanga Region, “suggested the head of state may be unwell, even if not mentioning his name directly or explaining the nature of his ailment”, Kabwe said.

Apart from informing the public about Magufuli’s health, the police should unconditionally release all citizens who have been arrested on accusations of circulating rumours about the president’s health, Kabwe said.

He said heads of parastatals, especially the Bank of Tanzania, “should assure the public that no one is taking advantage of the situation to loot state coffers”.

“We call upon members of the civil society such as the Tanganyika Law Society (TLS) to speak out on the importance of safeguarding the constitutional order to safeguard Tanzania’s governance.”

Last Saturday, the regional police commissioner for Kinondoni, Ramadhani Kingai, announced at a press conference in Dar es Salaam that a man had been arrested for posting on social media that Magufuli was seriously ill.

“There are a lot more who have been spreading false statements. We will arrest them all,” Kingai said, according to local press reports.

“A head of state is not a head of a jogging club who should always be around taking selfies,” Nchemba posted. DM