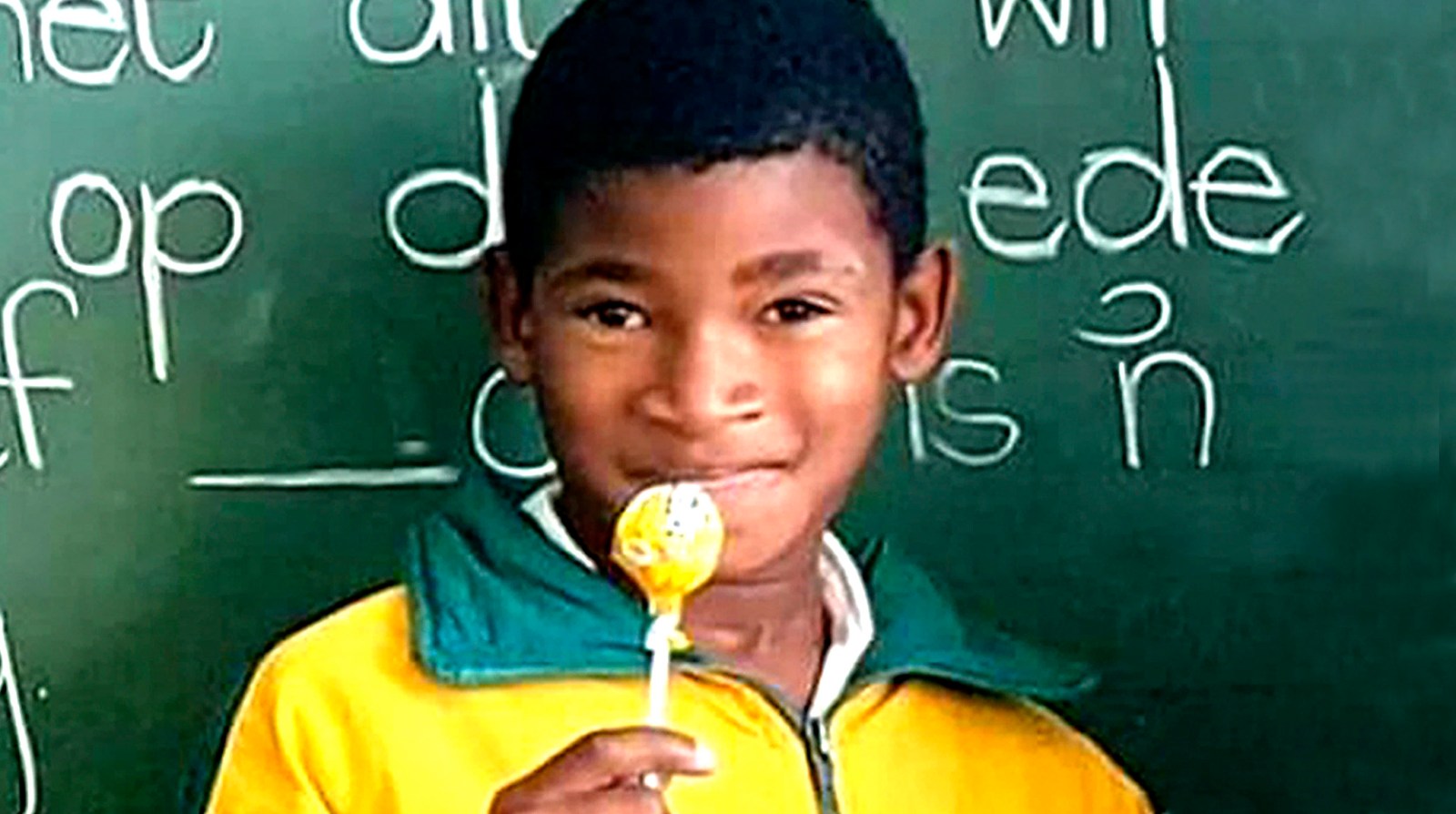 Leo Williams (9), who died on 31 July 2020 after he was hit by a rubber bullet during a protest in Laingville, St Helena Bay on the West Coast. (Photo: Supplied)

Tension is high in the West Coast community of Laingville over the lack of arrests in connection with the death of Leo Williams (9), who was struck in the head by a police rubber bullet seven months ago.

The Independent Police Investigative Directorate (IPID) took less than a week to arrest four police officers in connection with the murder of Mthokozisi Ntumba near Wits University last week. But seven months after nine-year-old Leo Williams died after being hit by a rubber bullet during a protest in Laingville, St Helena Bay, in July 2020, no SAPS member has been arrested.

Ntumba (35) was a bystander who was hit by a police rubber bullet after protesting students and police clashed in the streets of Johannesburg.

Students had called on Wits University to allow financially excluded students to register for the 2021 academic year.

IPID spokesperson Ndileka Cola confirmed the four officers arrested were from the Public Order Policing Unit. They are expected to appear on Wednesday 17 March in the Johannesburg Magistrates’ Court on charges of murder and three charges of attempted murder and defeating the ends of justice.

Both Ntumba and Leo died after being hit by a police rubber bullet during violent protests. On Friday 31 July 2020, Leo was watching television with his friends inside a corrugated iron structure, while Laingville residents and police clashed in nearby streets.

He was rushed to hospital and doctors couldn’t remove the bullet as it was too close to his brain. He died on Monday 17 August after doctors switched off the life support system. A rubber bullet was removed from his brain during an autopsy at Salt River mortuary, Cape Town.

The rubber bullet and the video clip were handed to IPID. In September 2020 IPID executive director Jennifer Ntlatseng visited Laingville and told Leo’s family and residence they had prioritised the matter. Ntlatseng indicated they were waiting for the ballistics and postmortem reports.

On Tuesday, SA Human Rights Commissioner Chris Nissen said he would take up the matter with IPID on Wednesday.

“The death of Ntumba was published on television and IPID made arrests within a week of his death. Leo was for two weeks on life support in the Red Cross Hospital and there was no television coverage.

“It is seven months and IPID still hasn’t made an arrest. I want to know why. Surely there is no justice for Leo. Ntumba was shot in a crowd whereas Leo was shot with no crowd near the police,” Nissen said.

Ntumba’s death has led to the Human Rights Watch in South Africa calling on the SAPS to place a moratorium on the use of rubber bullets.

On Tuesday Laingville community leader Thyrone Williams wrote to IPID seeking an urgent response to questions about the lack of arrests in connection with Leo’s death.

“Tension is high in Laingville. We are having a community meeting on Wednesday night. Residents want answers on why didn’t IPID arrest anyone in Leo’s case, but in Johannesburg arrested four police officers within a week in connection with the death of Ntumba.

“People asked questions whether the life and death of Leo meant nothing. At this stage, I cannot say what the reaction of the community will be if we return empty-handed to the meeting. We are appealing to IPID to give us information so that we cool down the simmering tension in Laingville,” he said.

Cola promised to provide Maverick Citizen with IPID comments, but at the time of publication had still not responded. DM/MC