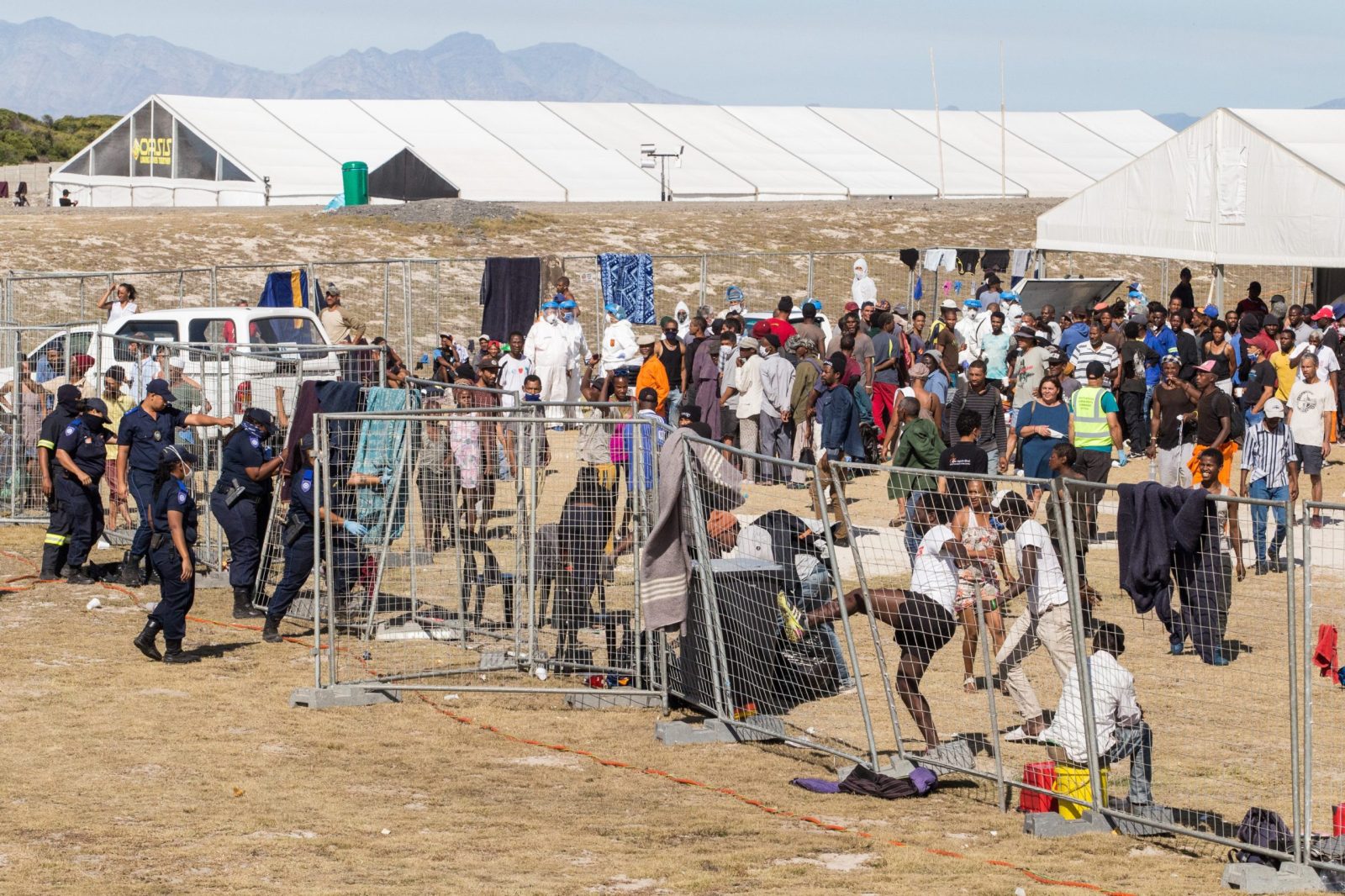 The City of Cape Town moved about 2,000 homeless people from across the city to a site in Strandfontein during the hard national lockdown in March last year. Following outrage by the public over the conditions at the site, its closure was anounced in May. (Archive photo: Ashraf Hendricks)

The Western Cape high court has given the City of Cape Town a tongue-lashing for how it treated human rights monitors at its Strandfontein relocation site during the national lockdown.

This comes nine months after judgment was reserved in the case between the City and the South African Human Rights Commission (SAHRC). On Wednesday, the City was also ordered to pay costs for the hearing.

The judgment was handed down by Judge Siraj Desai on Wednesday morning. The judge delivered the judgment in court and it was streamed on the Internet.

Judge Desai said that the City had sought to muzzle freedom of expression.

Last year, the City was granted an interdict preventing the Commission and its appointed independent human rights observers from entering the Strandfontein relocation camp. The camp housed about 2,000 homeless people relocated from different parts of the city at the start of the national lockdown a year ago.

The interdict followed a report released by the SAHRC that brought to light disturbing conditions at the camp. In response the City went to court for an interdict, arguing that the Commission and its monitors had caused disruption at the camp, and were spreading “misinformation and lies.”

The City, at the time, also argued that the SAHRC did not have the power to appoint independent monitors to supplement their staff and that the monitors were in breach of lockdown regulations.

Following public outrage over the conditions at the Strandfontein site, the City announced its closure on 21 May 2020. The site had only been open for six weeks at a cost of R53-million.

When the case appeared before the high court again in June 2020, the City withdrew its application.

On Wednesday, Judge Desai dismissed the interdicts granted to the City, finding that the SAHRC had acted lawfully. He said that the Commission was allowed to appoint independent human rights monitors and that the City should show proper respect to Chapter Nine bodies like the SAHRC. In fact, the City has a duty to assist the Commission, he said.

Judge Desai’s written order was not available at time of publication. GroundUp has asked the City whether it will appeal the order but we are still awaiting an answer. DM