Cereal competitor claims no grain of truth in advertisi... 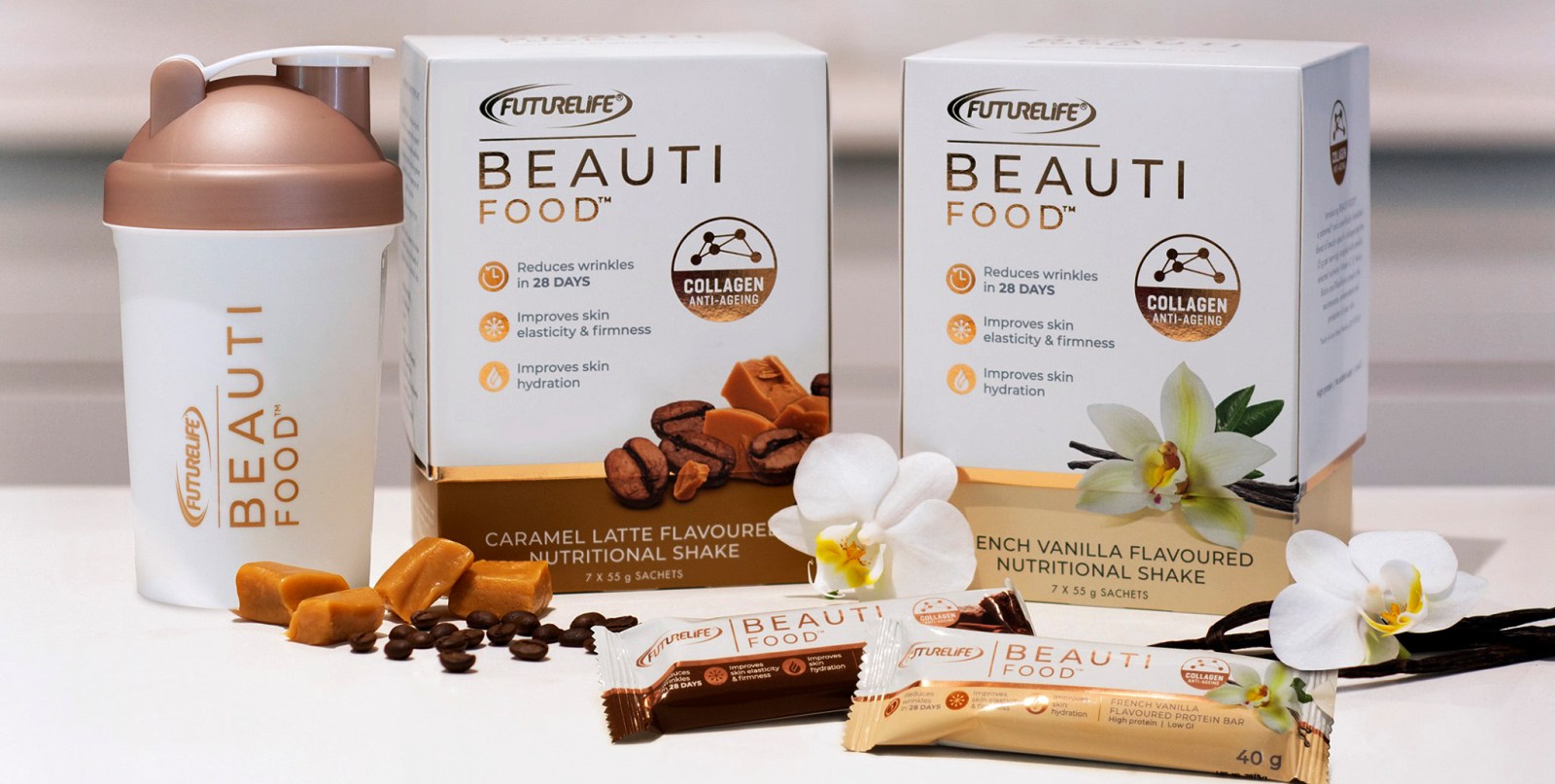 Breakfast cereal is a competitive food sector and Tiger Brands was not going to take Futurelife’s advertising with a pinch of salt. The food giant has taken issue with ‘smart food’ producer Futurelife for claiming its meal supplements help fight wrinkles, reduce cellulite, improve skin hydration and reverse the signs of ageing.

Tiger Brands has taken a cereal competitor to the Advertising Regulatory Board (ARB), over claims that its meal supplements are a solution to ageing skin and wrinkles.

The fast-moving consumer goods giant took on Futurelife for its “Beauti Food” dietary meal supplement, which is advertised on Facebook, YouTube and Instagram, and sold widely by online retailers and brick-and-mortar stores.

The Beauti Food range contains nutritional shakes in “French Vanilla” and “caramel latte” flavours, as well as a protein bar in the two flavours. A 28-day “value-pack”, which includes a shaker, of the French Vanilla Nutritional Shake sells for R549.99 at Dis-Chem.

The complainant’s representatives, Spoor & Fisher attorneys, told the board that attempts to resolve the matter with the advertiser proved to be “only partially” successful and that Futurelife had not addressed the inherent deception from an advertising and Code of Advertising Practice perspective, which is why the complaint was brought before the ARB.

Tiger Brands, the producer of Jungle Oats and Morvite, which it markets as “super foods” (a category of food with no scientific basis), objected to its competitor’s advertising claims that consuming Beauti Food would reduce wrinkles within 28 days; improve skin elasticity, firmness and hydration; improve nail growth and strength; decrease cellulite; and cause weight loss. It argued that by incorporating scientific jargon when making these claims, the advertiser “creates an unjustifiable legitimacy to its claims in a manner that exploits consumer trust and credulity”, when the claims appear to be based on untested research on an ingredient called “Verisol”.

It also took issue with the use of testimonials, and other product-formulation claims, such as “no added sugar” (when the ingredient list indicates added glucose syrup), as well as claims the “low GI” foods would assist in “weight management” or weight reduction.

Intellectual property attorneys Kisch IP, for the respondent, argued that Futurelife was looking for “innovative ways to use its nutritional expertise and experience to help and inspire South African families to choose a smart life”. It said its client – which also produces “Smart Food” and “high-protein” bread, bars and shakes containing Moducare, a purported immunity booster – has expended a considerable amount of expertise, science and cost in producing its fortified food products.

The Beauti Food range, Kisch said, operates as three nutritional supplements containing bioactive collagen peptides and other active ingredients promoting the skin’s appearance and health. The advertiser argued that the complainant had ignored the perspective of a “reasonable consumer”, who would appreciate the significance of collagen as an aid to skin, hair and nail appearance, and that the testimonials were “genuine”, derived from participants of an informal; double-blind, placebo-controlled study. And it stood by its claim of “no added sugar”, as consumers would interpret the reference to sugar as “cane sugar”.

In its ruling, the ARB directorate accepted that the claim reads “No added sugar”, and not “contains no sugar”. It said it appears that Futurelife does not add sugar (in any form), but that the sugars contained in the product occur during the manufacturing process.

On the testimonials, the directorate said they are arguably used to perpetuate unproven efficacy claims. The testimonials claim to present “specific measurable results”, given that most of the women affirmed they had seen a marked improvement in the condition, health and appearance of their skin, as well as more vigorous nail growth and strength, but no evidence was presented that this was the case. It ruled that the testimonials appeared to be in breach of its code and instructed the advertiser to withdraw its claims. These include all claims that Beauti Food reduces wrinkles in 28 days, that it improves skin elasticity and firmness, that it improves skin hydration, reduces eye wrinkles, decreases cellulite, and that the products are “Low GI”.

The Consumer Protection Act (CPA) of 2008 affords consumers the right to information in plain and understandable language. They also have a right to safe, quality goods, and fair and responsible marketing.

Section 29 of the CPA requires that the marketing of goods or services must be done in a manner that is not misleading, fraudulent, or deceptive in any way.

But food and supplement producers have been pushing the envelope for years, said consumer activist Dr Harris Steinman from Facts SA. And with no real policing from the Department of Health’s Food Control division, or enforcement of the existing Regulations Relating to the Labelling and Advertising of Foodstuffs, known as R146, the ARB remains one of the few channels of complaint.

“The regulations regulate the claims you are allowed to make as well as restricts a company from adding complementary and alternative medicines [CAM] to a food product,” Steinman said.

“The rationale for regulations is not only to protect consumers, but to create a level playing field for manufacturers which are competing in that market.” DM/MC