A really good car, not a wannabe 4x4 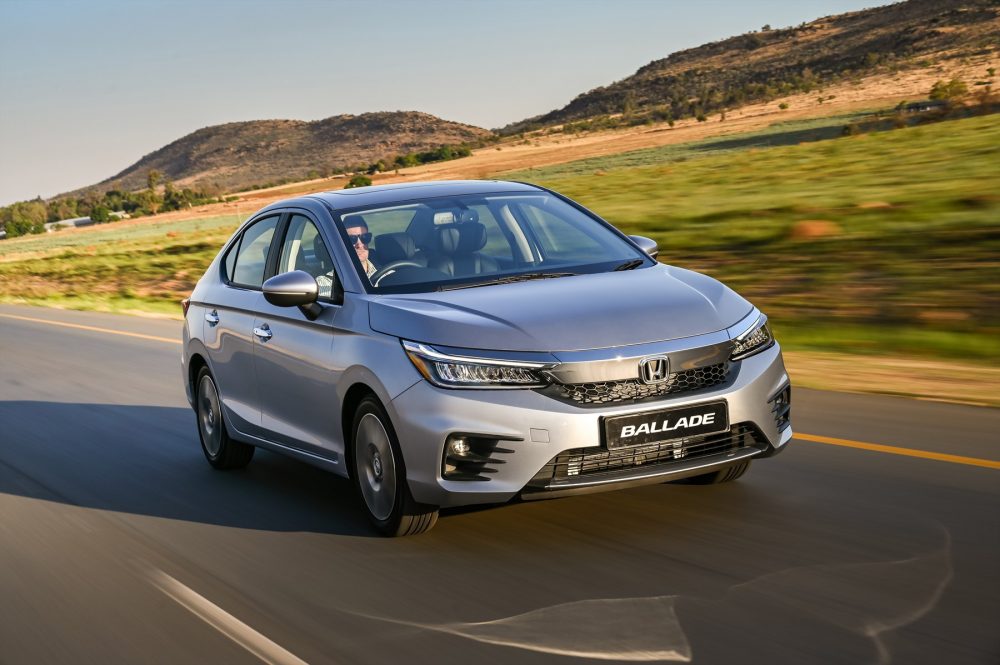 A news story claimed car theft in SA was down, but its numbers were skewed. Let’s rather talk about the Ballade.

People think that motoring journalists spend their time flying around the world to drive hot cars and to post annoying pictures of themselves on Instagram. This used to be the case, but the pandemic added to the ebbing relevance of the South African market to the international manufacturers and these days a motoring journalist is more likely to be on a Zoom virtual launch than in St Tropez driving a Porsche.

This has given motoring hacks the time to do more of what they’re really good at, which is, broadly, three things: complaining about other motoring journalists, complaining that nobody buys estate cars any more, and complaining about continuously variable transmissions (CVTs).

Although in this column I try to write about the industry, its regulatory space, its trends and its future, sometimes I like to review a car, and therefore it’s my duty to fulfil the three core competencies of the motoring hack as listed above.

The other day, several news outlets – among them our biggest news outlets – regurgitated a press release that suggested with a straight face that South Africa is winning the fight against vehicle-related crime, and indeed that, statistically, we are in better shape than the UK, Australia, New Zealand and several other peaceful developed countries. Indeed, the stories showed that New Zealand is in the middle of a crime wave.

“Compared to other countries SA fares well with regard to vehicle crime,” TimesLive said. This is obviously super news, tarnished only slightly by the fact that it’s complete piffle.

Amazingly, the report various newsrooms saw fit to publish was using “vehicle theft per 100,000 population” as the measure of South Africa’s success in this area. Given how few South Africans own a car that might be stolen, this is rather like writing about pleasing progress on obesity during a famine. It’s hard to believe duty editors didn’t stop publication of these stories in a country where the simplest Google search will reveal that there were almost 5,000 carjackings in South Africa in the last quarter of 2020, and that at a time when people were not even using their cars.

I don’t think you need ama­Bhungane to work out that if criminals were to steal 52 cars at gunpoint every day for three months in New Zealand, it might cause a bit of a ripple in the news.

Anyway, South Africans are so inured to horrific figures like this that our idea of outrageous is warped. Over the years I’ve had countless discussions with people asking my advice on what cars hijackers don’t like. I’ve never seen patterns beyond those that broadly reflect the car park. Put simply, the best way to avoid being hijacked is to learn defensive driving skills and to be hypervigilant.

Of course, you could also just be invisible. As you may have experienced, you only notice certain cars when you’re driving one yourself. With automotive wallpaper, this is especially so. I think the Honda Jazz is one of those cars – a genuinely brilliant car, just not exciting.

The new Honda Ballade RS is a Jazz with a boot. That means it’s got everything you could ever need in a sensible compact car, now in a three-box shape and with snappy styling more appropriate for a younger, more image-conscious demographic than the average Jazz driver. Hell, it’s a nice looking thing, and the lighting signature at night is pretty awesome, with go-faster hashed lighting down its rear flanks and a gnarly, expensive-looking snout. I liked it.

I didn’t like the lack of space for taller drivers. I’m a shade under six-foot-four and I could have used a couple of extra inches on the driver’s seat rails. The steering does adjust for height and reach, so for less gargantuan helmspersons, a comfortable and sporting driving position is possible.

As in the Jazz, rear legroom is vast. You could shoot a sweeping Western epic back there. It feels bigger than Wyoming, and the kids loved it. The boot is also big. A week for my family of five was just fine in this car.

With due acknowledgement to my motoring journalist KPIs here, the car comes with a CVT gearbox. No manuals are on offer. CVTs don’t have gears, but rather have an infinite number of ratios designed to deliver the perfect engine speed to match the car’s speed and throttle requests from the driver.

That means it can cruise calmly at very low revolutions – superb in town, but they do like to bounce off the rev limiter if you accelerate quickly. They’re better than they used to be but they still moan and drone when you accelerate even moderately from a traffic light and are shrill and harsh when you really nail it. They’re not much fun, and it certainly doesn’t fit a car that looks as great as the Ballade RS.

The flipside of this is excellent fuel economy. Despite being very busy with the car in town, I averaged under 8 litres/100km from the 89kW, 1.5-litre four-cylinder petrol motor.

The Ballade RS is playing in a hugely difficult segment of the market. It’s a sensible sedan and everybody likes to buy tiny 4x4s that aren’t 4x4s and don’t work off-road these days.

The range-topping RS goes for R396,000, for which you can get various nonfunctional 4×4 cars with crappy boots and tiny one-litre engines. The Ballade is a better car than every single one of them and even manages to be comparatively entertaining to pilot because it is actually a car, not a crossover SUV. Like the Jazz, it’s focused on comfort and safety and drifts harmlessly into easy understeer if you ask too much of it.

Most of all, my abiding feeling was that the new Ballade is a really good small family car, and frustration in that I suspect very few people will buy it. The modern fashion for small crossovers remains baffling to me when an ordinary car is demonstrably better and provides much better value.

It’s a pity they don’t offer one as an estate. Now that would be a car. DM168