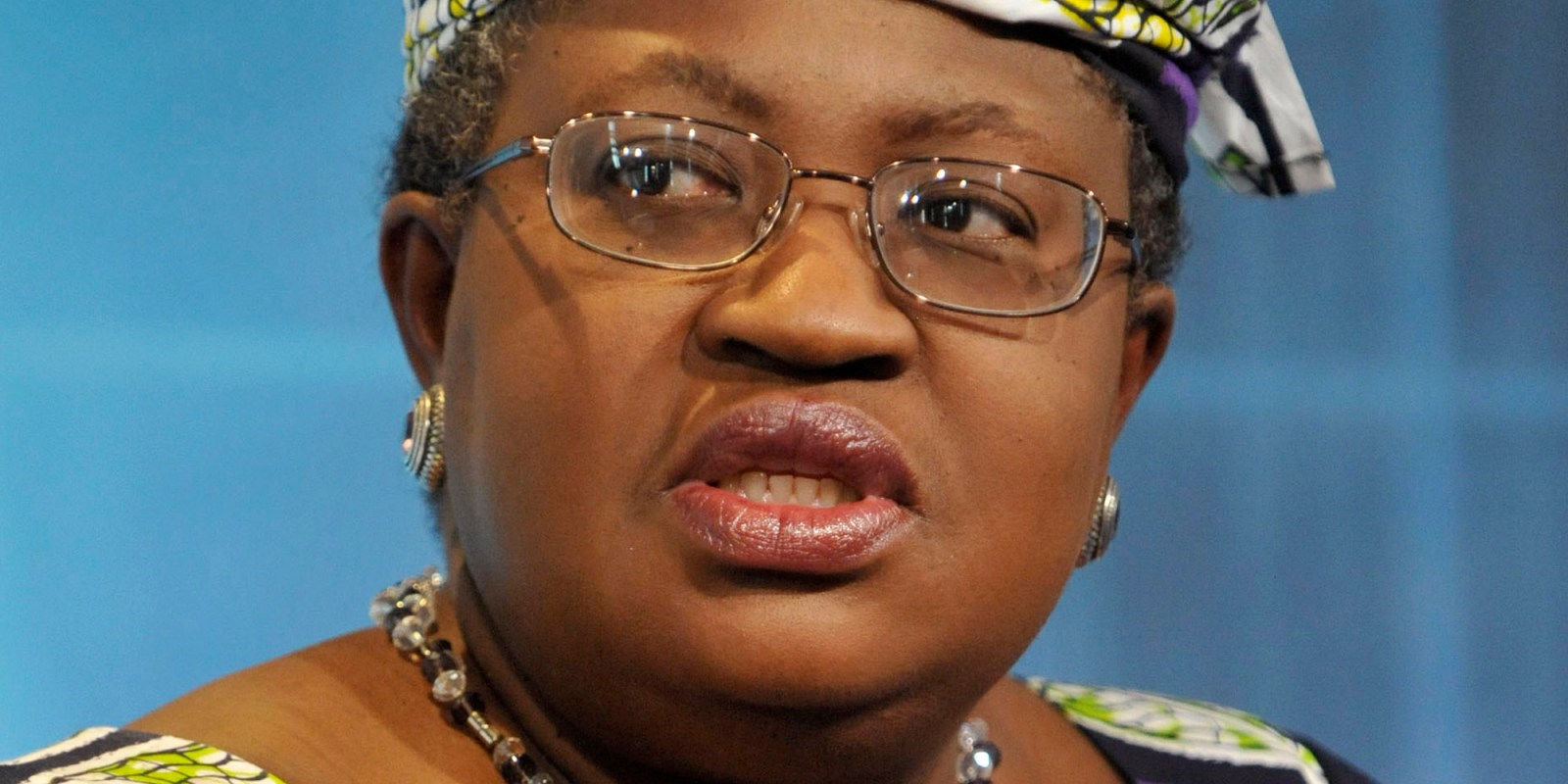 The former Nigerian finance minister’s appointment as director-general of the World Trade Organisation will hopefully place not just developing world issues but also gender parity on the global institution’s agenda.

Dr Ngozi Okonjo-Iweala’s appointment as the director-general of the World Trade Organisation is a step closer to bridging the global gender parity gap.

For decades, women, especially those originating from the global South, have fought for representation and inclusiveness in political, economic, and social spaces both on domestic and international levels. The Organisation for Economic Co-operation and Development (OECD) posits that gender diversity in public institutions is imperative considering that these decision-making bodies create the rules that affect people’s rights, behaviours, and life choices.

Studies show that including women in strategic leadership positions sees a tempering of the economics of development with “welfareism” as opposed to solely profiteering. The need for diverse hiring in international institutions is particularly dire and urgent. A global structure designed/acclaimed to manage global affairs should truly reflect the societies they represent in their governance structures for an inclusive approach to policymaking and service delivery.

Nicknamed “Okonjo Wahala”, the latter meaning “troublemaker”, Okonjo-Iweala brings robust credentials and a wealth of knowledge and negotiation skills to the table. Hailing from Delta state, Okonjo-Iweala was born and raised in Nigeria where she attained her Secondary School Certificate (SSCE) before proceeding to graduate with magna cum laude in economics at Harvard University in the United States. In 1981, she earned her doctoral degree in regional economics and development from the Massachusetts Institute of Technology (MIT). Her academic excellence/prowess is itself an indication of the height/length women from the developing world can attain if given the opportunity and access to resources.

Her work experience further attests to her dedication to service and commitment to the development of the African continent at large. She served as the Minister of Finance in Nigeria under two regimes: Olusegun Obasanjo (1999 – 2007) and Goodluck Jonathan (2010 – 2015). Her international experience culminated at the World Bank where she worked as a development economist for 25 years and rose to become the deputy managing director.

In this capacity, she spearheaded reforms in Nigeria including the National Economic Empowerment and Development Strategy (NEEDS) as part of the Poverty Reduction Strategy Paper (PRSP) programme thereby overseeing Nigeria’s first sovereign credit rating of BB from Fitch and Standard and Poor, which grouped Nigeria with other emerging market economies. She pioneered the negotiation for the cancellation of 60% ($18-billion) of Nigeria’s external debt with the Paris Club.

Often termed the “old men’s club”, international institutions have been lagging in diverse hiring and representation. An institution that purports to be “global” should reflect its global nature in its organisational structure. Okonjo-Iweala acknowledged that her appointment comes at a time when the WTO is “facing so many challenges” and in dire need of “deep and wide-ranging reforms.”

Established in 1995, the WTO is the successor of the General Agreement on Trade and Tariffs (GATT). The GATT was the first attempt at Bretton Woods to govern global trade but transitioned into the WTO. Critics have alluded to the lack of diversity, inclusiveness, and representation of the plight of the developing world at the WTO and its sister Bretton Woods Institutions (BWIs).

While trade negotiation rounds like the Uruguay Round were successful in introducing property and trade in service rights, the Doha Round, which is considered important and pertinent to the developing world, remains deadlocked. Some observers argue that Okonjo-Iweala will bring the necessary energy and enthusiasm needed to reform the WTO.

However, critics argue that there is limited wiggle room for her to make dramatic changes as decisions are largely made by member states through a consensus. Noting that her position will be marred by challenges and pressure, especially from Africa, Okonjo-Iweala is focused on, among other things, pushing the long-blocked trade talks on fishery subsidies ahead of the ministerial conference in December 2021 while addressing the global economic crisis spurred by the Covid-19 pandemic, including the subsequent protectionism and nationalism.

While there is a lot on her plate, it is important to examine the significance of her appointment in the global efforts to bridge gender gaps across the board.

Significance of her appointment

The 2020 Global Gender Gap report states that while progress has been made in increasing the number/share of women in the workplace, gender equality remains far-fetched. The report posits that gender parity is unachievable for 99.5 years, stating that “none of us will see gender parity in our lifetimes, and nor likely will many of our children.”

Such findings are not only worrisome but stymie plurality/diversity of ideas, vision, experiences to bring about the much-needed holistic and inclusive growth and development across trade, finance, health, and security among others in an ever-evolving world. Thus diversity (diverse hiring), inclusiveness, and representation remain buzz words even at the international level.

Okonjo-Iweala’s appointment is an important step closer to bridging the global gender gap. The inclusion of women in strategic leadership positions both on a national and international level has been at the forefront of the feminist agenda.

As the world of work continually evolves, research shows that jobs within the service economy no longer rely on physical strength but on skills that are inherent in women such as “determination, attention to detail and measured thinking” arguing that the female brain is wired for long-term strategic vision and community building. With such innate advantage, it should be a no-brainer to include women in domestic and international political, economic, social and tech spaces and more emphatically, women of colour to take leadership reins in international organisations. Statistics show that the representation of women has increased across the board, yet there is much work to be done.

Research on global gender gaps tends to focus on country-level analysis, yet international institutions are equally guilty. With specific reference to the Bretton Woods Institutions, the respective bodies have remained an old men’s club. Since the establishment of the GATT/WTO, there have been nine directors-general, all of whom were males. Ngozi Okonjo-Iweala emerges as the tenth DG of the GATT/WTO establishment but the seventh when considering solely the WTO sans the GATT.

In sister Bretton Woods Institutions such as the International Monetary Fund (IMF) and the World Bank, the trends are similar. Camille Gutt, a Belgian (male), served as the IMF’s first managing director from 6 May 1946 to 5 May 1951. Following the end of his tenure, nine men have assumed this position until 5 July 2011 when Madame Christine Lagarde, a French national, was appointed managing director. Her successor, Ms Kristalina Georgieva from Bulgaria is the MD and Chairperson of the Executive Board since 1 October 2019. Thus, out of 12 MDs of the IMF, only two were women.

As a Nigerian-American, Okonjo-Iweala’s experiences capture the best of both the developing and the developed world. Successfully implementing reforms in Nigeria as the minister of finance where patrimonialism and godfatherism are deep-seated in political echelons is indeed an experience that prepares her for what is to come in her new role.

In addition, she brings her identity/experience as a Nigerian, an African, an American (African in America) and an immigrant to the office — this cannot be understated. These are key elements of the “shake up” needed at the WTO, according to Okonjo-Iweala. Her ascension is a win for the girl-child (especially those with origins in the developing world). In her interviews, she promotes hard work, dedication and knowing your craft as key ingredients to a successful career and life. Young girls looking up to her as a role model will hopefully imbibe these traits in their respective spheres.

While she has a challenging road ahead, Okonjo-Iweala has made it patently clear that she is ready for the task. It is important to emphasise that the fight for global gender parity is far from over as appointing one female representative in a leadership position is not a sufficient indication of institutional reforms/inclusiveness. Okonjo-Iweala is set to nominate her four deputies in the next couple of weeks, her choice of candidates would gravely affect her purported outcomes and are integral to her success factor as the DG of the WTO. DM

Dr Ekeminiabasi Eyita-Okon is a post-doctoral research fellow at the Centre for Africa-China Studies (CACS) at the University of Johannesburg.