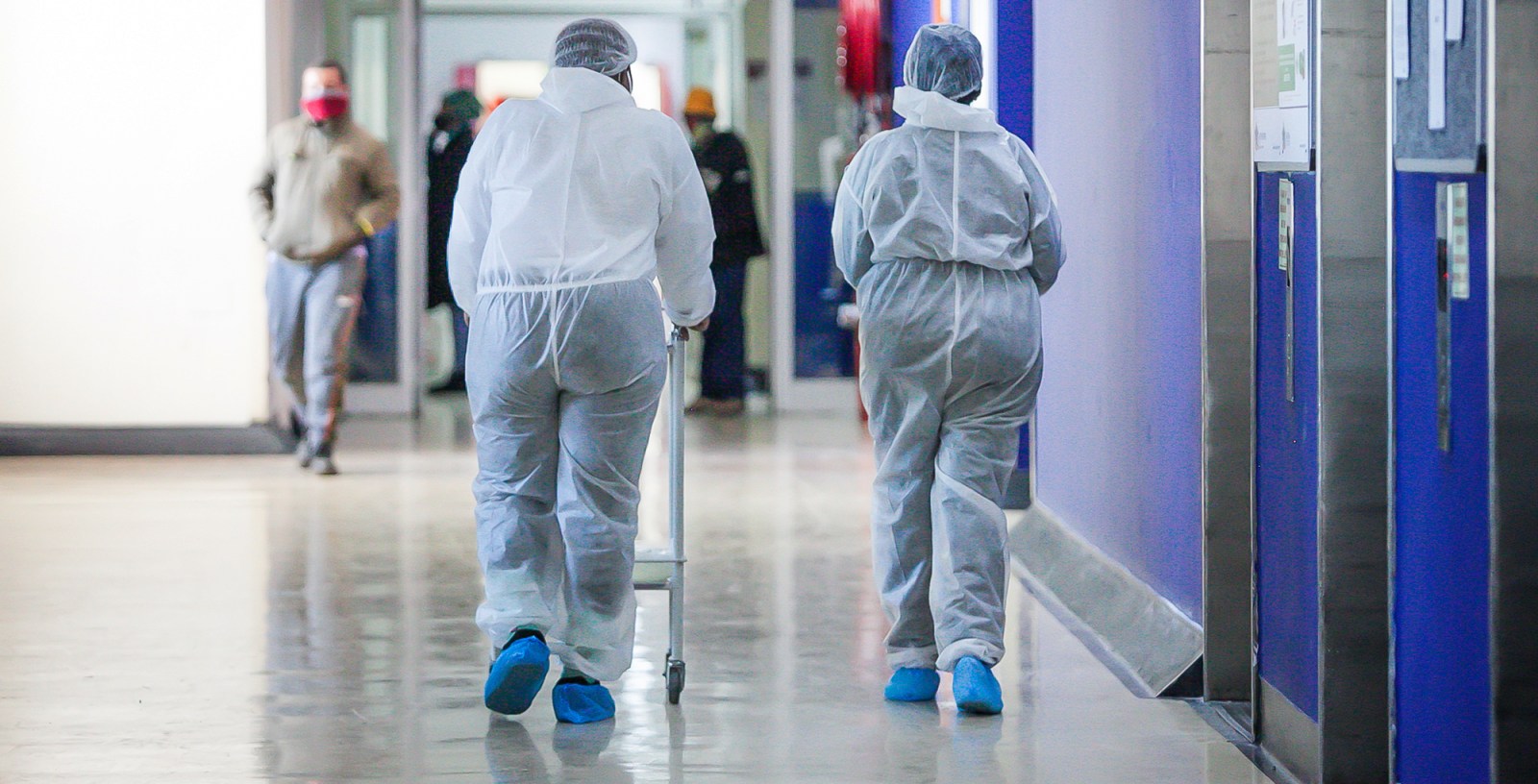 Germany, Italy, Spain and France suspended the use of AstraZeneca Plc’s Covid-19 vaccine amid a health scare related to reports of blood clotting. The moves are creating yet another delay for the European Union’s inoculation campaign.

For a second week, new coronavirus cases in the US rose at the slowest pace since the pandemic began. Puerto Rico warned residents to be vigilant after detecting Brazilian and Californian “variants of interest” on the island.

Nations around the globe have seen an 11% jump in transmission in the past week, the World Health Organisation said on Monday. Countries from India to Italy are seeing a resurgence and hot spots are emerging in places such as Papua New Guinea. Austria’s health minister said he’s observing “the start of a third wave”.

Connecticut Governor Ned Lamont said he is accelerating the state’s age-based rollout of the Covid vaccine, with plans for anyone over 16 to become eligible by 5 April. The next step will be on 19 March, when the age cutoff will drop to 45 from the present 55, he said.

Lamont said the state was informed by the Biden administration that it would receive a significant increase in supply of the three authorised vaccines over the next several weeks.

WHO warns on transmission increase

The world has seen an 11% jump in transmission in the past week, according to Maria van Kerkhove, the World Health Organisation’s technical lead officer on Covid-19. Five out of six WHO regions have reported increases.

WHO officials reiterated their recommendation that countries continue inoculations with the AstraZeneca shot, saying preliminary data don’t show an association between the vaccine and blood clots.

“No drug or vaccine could ever be 100% safe,” said Soumya Swaminathan, the WHO’s chief scientist. “You could have something that happens one in a million. But then you need to look at what’s the benefit of protecting people against a disease that’s killing millions against the potential risks.”

Pennsylvania Governor Tom Wolf said in a tweet that he was easing more restrictions for restaurants and other businesses.

The Biden administration will almost double the amount the US Medicare programme pays healthcare providers to administer Covid-19 shots to $40 per shot as part of its effort to ramp up immunisations.

The increase from the earlier level of $23 will affect payments to clinics, hospitals, pharmacies and public health agencies as the nation’s medical providers prepare to make vaccines available by May to any American adult who wants them.

New York City Mayor Bill de Blasio said reports that a top adviser to Governor Andrew Cuomo was making calls to link vaccine supply to political support the “definition of corruption”. New York City doesn’t get a direct disbursement of the vaccines from the federal government — New York state decides how much vaccine supply to distribute to localities.

De Blasio, a longtime adversary of Cuomo’s, said he hasn’t spoken to the governor in several weeks and that he hasn’t seen any effort to reduce the vaccine supply in New York. Still, he said the city hasn’t received its “fair share” of vaccine supply.

One of three people hospitalised in Norway on Saturday with blood clots, bleeding and low platelet counts after receiving the AstraZeneca vaccine has died, the Norwegian Medicines Agency said. The other two are in a stable condition. An investigation to establish whether there is a connection with the vaccine is under way and to uncover if there are similarities between the three cases. All three were healthy before they were vaccinated and worked in the healthcare industry.

Germany suspends use of Astra shot

Germany suspended the use of AstraZeneca’s Covid-19 vaccine amid a growing health scare that’s creating yet another delay for the European Union’s inoculation campaign.

The country cited the recommendation of the Paul Ehrlich Institute, which oversees vaccine safety, according to a statement from the health ministry on Monday.

Germany joins about a dozen places, including northern Italy, the Netherlands and Ireland, that have halted use of the product amid reports of serious blood clotting. It’s yet another blow to a vaccination campaign proving to be embarrassingly slow and politically damaging for governments across the EU.

Coronavirus cases in the US rose 1.25% in the week ended Sunday, the slowest increase since the pandemic began. It was the second consecutive week in which the rate of new infections hit a record low.

The US recorded 362,743 new infections last week, down from 417,173 in the period ended 7 March, according to data compiled by Johns Hopkins University and Bloomberg.

The slowdown comes as the US vaccination effort ramps up. Last week, an average of 2.39 million doses a day were administered, according to Bloomberg’s Vaccine Tracker. So far, 69.8 million Americans have received at least one dose of a vaccine, or roughly a quarter of the adult population.

British authorities moved to reassure the public that the AstraZeneca vaccine is safe.

UK Prime Minister Boris Johnson’s official spokesman Jamie Davies said the vaccine remains “both safe and effective,” and urged everyone to get the shot when asked to do so. Nicola Sturgeon, Scotland’s first minister, echoed those comments.

Puerto Rico’s Health Department said over the weekend it had detected Brazilian and Californian “variants of interest” and warned its 3.2 million residents not to let their guard down on mask-wearing and social distancing even as the vaccination effort is rolling out.

On Saturday, the Health Department said it had identified a woman in her 40s with the Brazil P.2 variant and two patients with the California B.1.429 variant. In February, health officials reported the British B.1.1.7 variant was on the island.

“Now more than ever, it’s important to get vaccinated,” Health Secretary Carlos Mellado said in a statement. “Data shows that the vaccines do offer protection against Covid-19 and its variants.”

The news comes as some schools across Puerto Rico are reopening this week and the island is bracing for an influx of tourists during the spring break and Easter holiday.

Norway needs at least one week to “get to the bottom of it”, including reviewing reports from other countries and finding out if the blood-clot cases have any connection with the vaccines or are coincidental.

Limiting the use of the AstraZeneca shot as a precautionary measure could push back EU countries’ efforts to immunise three quarters of their populations to September instead of August, according to London-based research firm Airfinity.

Beginning in the second quarter of the year, other shots are expected to take on more of the burden from the AstraZeneca and Pfizer vaccines, which have accounted for most of the injections given so far. Suspensions of the Astra shot now, though, threaten to slow the pace of an already sluggish rollout, at least in the short term.

Malaysia recorded 1,208 new Covid-19 cases on Monday, the smallest number in three months. The government expects the daily tally to dip to 500 in May if people comply with the health protocols, according to Health Minister Adham Baba. The projection is based on the declining reproduction rate, which stood at 0.87 yesterday versus 0.9 on 28 February.

Malaysia will continue to research clinical data of the AstraZeneca vaccine while it awaits delivery of the shots, Science, Technology and Innovation Minister Khairy Jamaluddin said in a briefing Monday. Khairy said there’s no change in Malaysia’s stance on the vaccine as there’s no data to show it the risk of blood clots.

Indonesia temporarily halted the distribution of AstraZeneca’s vaccine amid concerns about side effects. The country’s food and drug regulator has started an investigation that may take two to three weeks. DM