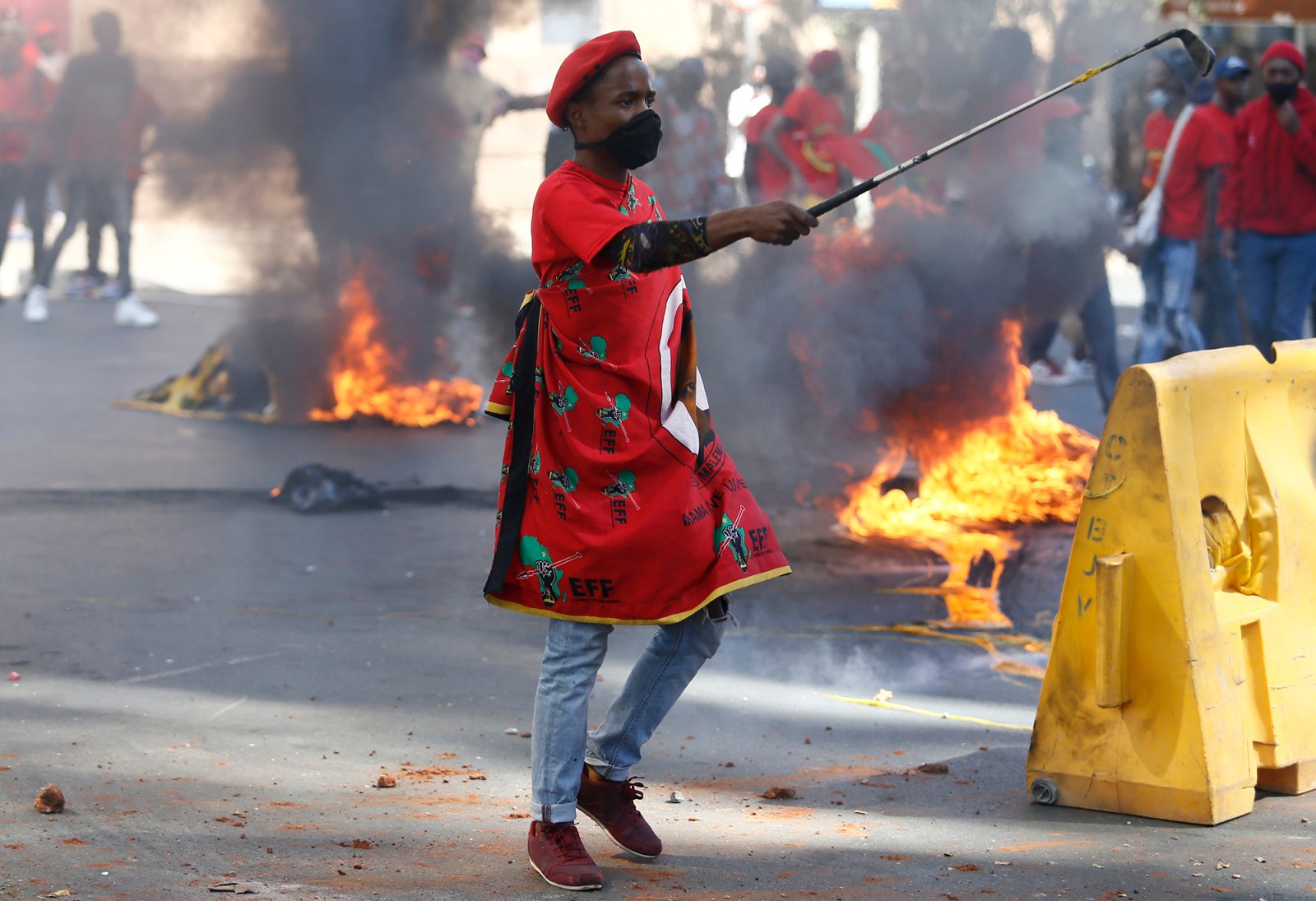 It is arrogant and foolhardy of Blade Nzimande and government to continually follow the same process around tertiary education fees year in and year out and expect that there will be a different reaction.

The streets of Braamfontein near the Wits Museum of Art and the Wits Theatre are littered with debris that tells the story of a frustrated student population. It’s not the first time they’ve looked liked this and it’s unlikely to be the last.

As the scenes of police Nyalas and rubber bullets being fired by trigger-happy and poorly trained police officers beamed on to our screens this week, feelings of déjà vu would be forgiven. After all, we have seen this movie before … several times, almost yearly since 1994, some analysts say.

The script follows a familiar storyline too – a fee-related or access-related announcement by an institution or government sparks outrage by students who feel the only time their voices are heard is when they take boot to tar in protest.

They are not wrong.

Consider 2015, when students on campuses around the country began protesting towards the end of that year against fee hikes that would come into effect the following year. They demanded a freeze on fee increases and called for increased government funding of higher education institutions, among other things. The academic programme was disrupted as sit-ins outside university vice-chancellors’ offices and Luthuli House, the ANC headquarters in the Johannesburg city centre, culminated in mass protests that spread from campus to campus like wildfire and that eventually led to running battles with public order policing units. Calm was restored only after the proposed hike was put on ice.

It didn’t last long because, in 2016, Higher Education Minister Blade Nzimande announced that there would be a fee increase capped at 8% in 2017, with each institution being given the power to determine what the increase would be. Months of protest ensued but ultimately did not succeed in preventing fee increases, with institutions arguing not doing so was unsustainable.

The success of the protest would come later when then-president Jacob Zuma, facing a tough leadership battle within the ANC, in what is difficult not to see as political point-scoring, announced, on the day the party’s elective conference was to begin, free higher education for poor and working-class students. It didn’t impact the outcome of the conference but the genie was out of the bottle and national government had to make a plan to cover the promise. In 2018, it announced a national bursary scheme for poor and working-class students totalling R12.4-billion, which would double by 2020.

This week’s protest action comes after Nzimande announced that government had no money to pay for new students through the National Student Financial Aid Scheme (NSFAS). And so here we are. What’s instructive in the history of student protest is the seeming lack of consultation with students ahead of these announcements. One can appreciate the strain on the fiscus, given so many competing and equally important needs to be addressed in the country right now. Add to that mix the urgent response needed to fight the Covid-19 pandemic, and it becomes clear that tough decisions need to be made.

It would appear very little. Instead what we have is a top-down approach, with no or mostly superficial consultation that results in the imposition of the elite’s decisions on the masses. We should not be surprised that the reaction is one of protest.

When it has been drummed into the youth that their ticket out of a life of struggle for daily survival is through a good-quality education, expect that when access to this is limited through financial exclusion, it becomes personal. This, however, is not a justification for students to participate in destructive protest action that leaves millions of rands worth of damage in its wake.

It is arrogant and foolhardy of Nzimande and government to continually follow the same process around tertiary education fees year in and year out and expect that there will be a different reaction. It is also shameful to witness opportunistic politicians (we see you Ace Magashule and Carl Niehaus), to attempt to hijack student protests to deflect attention from their own problems.

We need better management and leadership by government in navigating and addressing the competing needs of the people it serves or we can expect that protests will continue to be the language that those unheard will use to get immediate reaction. It worked again for the students this week when on Thursday NSFAS was given an extra R7-billion for the enrolment of first-time qualifying students. DM168