Some respite for Liverpool and Klopp after they advance... 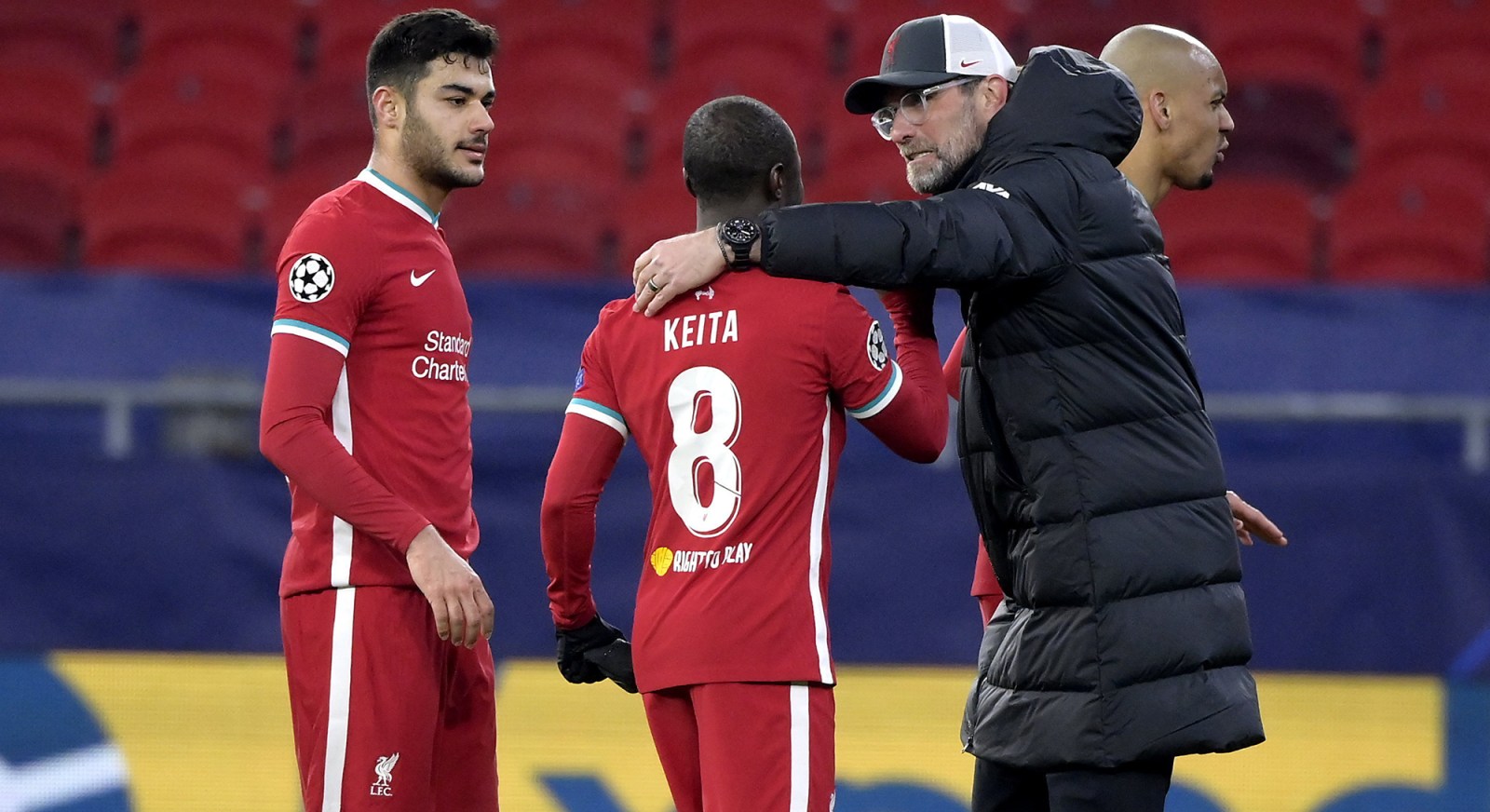 Liverpool, Paris Saint-Germain, Porto and Borussia Dortmund all booked their places in the last eight of the Uefa Champions League (UCL) midweek.

In their last 10 matches Liverpool have lost six. That’s in stark contrast to last season, where they only lost five games across the Premier League and UCL. The Reds have been far from the belligerent force that cruised to the Premier League title last season, and this has seen pressure mounting on Jürgen Klopp and his players.

The Merseyside club, currently languishing in eighth spot in the Premier League, soothed some of that pressure by booking a spot in the Champions League quarterfinals. They eased 2-0 (4-0 on aggregate) past RB Leipzig, who were one of the semifinalists last season.

The victory will hand the Reds a boost in more ways than one. With 10 games remaining in the current Premier League season, last season’s champions trail fourth-placed Chelsea by seven points. Winning the Champions League appears their best shot at qualifying for Europe’s elite club competition next season.

Of course, with so many in-form teams still in the competition, that passage will be far from easy to navigate. Mohamed Salah, who found the back of the net for Liverpool against Leipzig along with Sadio Mané, said the result was a positive one for the team.

“We don’t have to look at the big picture because sometimes when you do, we see too much pressure carried on to the pitch. We just need to leave the pressure off the field and play.”

Another positive takeaway from the game for Liverpool is the magnificent individual display showcased by Spanish midfield maestro, Thiago Alcântara.

With Fabinho restored to his favoured defensive midfield role, after moonlighting as a centre back in recent months, Liverpool’s midfield looked more stable. Gini Wijnaldum was able to bring out his vintage lung-bursting forward runs, while Alcântara dictated the tempo of play.

Klopp will be hoping that that midfield trio can play together for as long as possible in future, because each of them brought a different dynamic into the team’s overall pleasing performance.

Messi and Ronaldo miss out

Neither of the Champions League two all-time top goal scorers, Cristiano Ronaldo and Lionel Messi, will be in the quarterfinals of the continental showpiece, for the first time since the 2004/05 season.

Ronaldo’s Juventus were edged out 3-2 by a 10-man Porto side in a clash that went into extra time.

The Portuguese side earned passage to the last eight on away goals after the match ended 4-4 on aggregate. The outcome was another early Champions League exit for Juve. Their elimination by Olympique Lyon at the same stage last season effectively cost Maurizio Sarri his job, while a year earlier Massimiliano Allegri’s side were beaten by underdogs Ajax Amsterdam in the quarterfinals.

It’ll be yet more frustration for Ronaldo, who is a serial winner and was lured to Italy with hopes that he could deliver to Juve the one trophy that has alluded the Italian giants for the past two decades.

“The Ronaldo operation has been negative so far,” said Sky Italia pundit Paolo Condo. “He was bought to compete at the top level in the Champions League, because Juve had already won league titles with players who weren’t as good or expensive.

“They reached two finals before that, losing one against Lionel Messi and one against Ronaldo, so they needed to sign one or the other to raise the bar. In the last two years his teammates have failed; this year he crumbled too.”

Messi and Barcelona were eliminated at the last-16 stage by Paris Saint-Germain, who drew 1-1 against the Spanish side to seal a 5-2 aggregate triumph.

There was still distant hope from Barca’s supporters that they could replicate the performance that saw them overhaul a 4-0 first-leg loss in 2017 against the same opponent and at the same stage of the competition.

It wasn’t to be, though, as the Parisians held on to see the match out and book their spot in the quarters, where they have joined Borussia Dortmund (who saw off Sevilla), as well as Porto and Liverpool. DM168