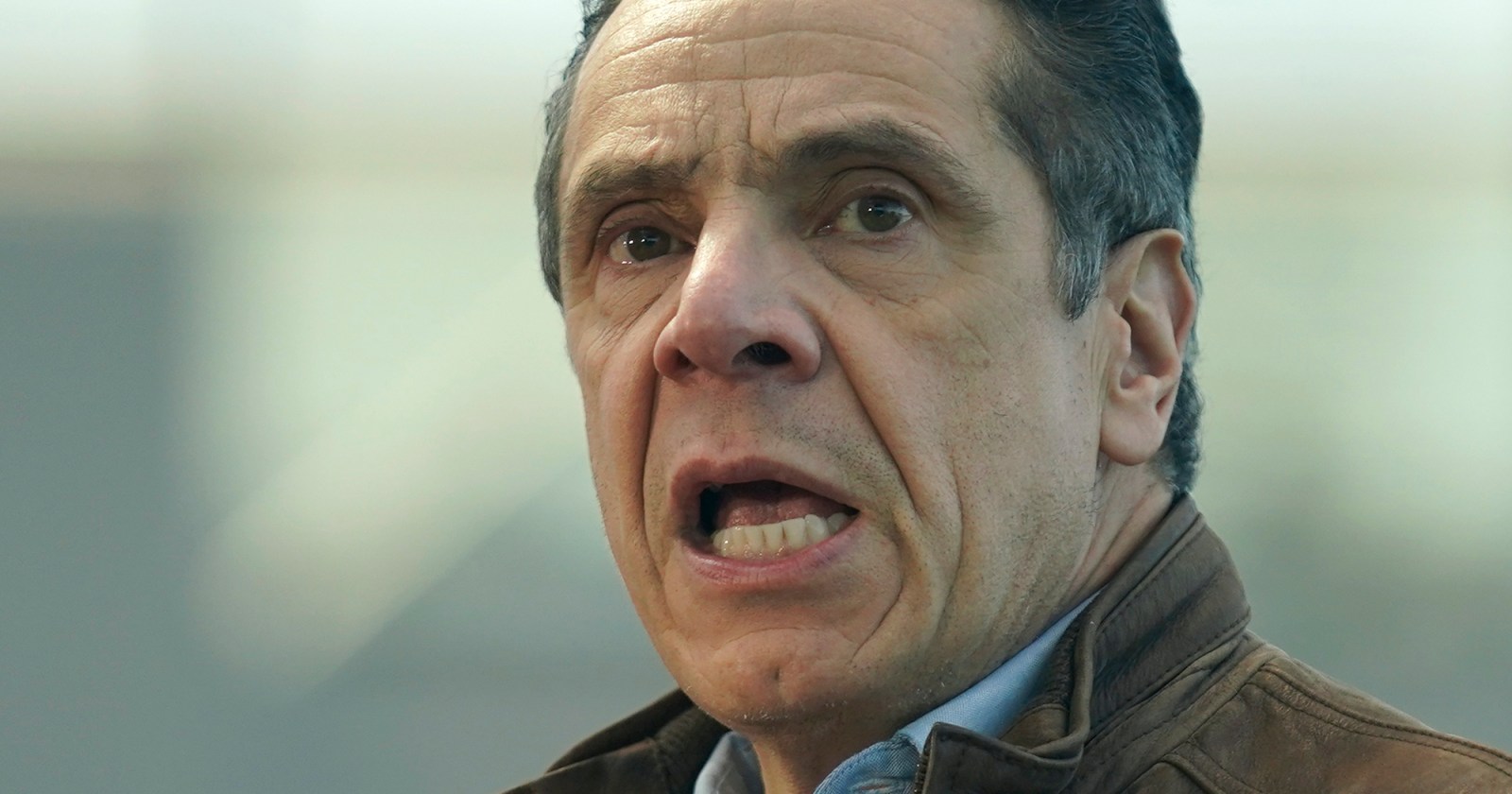 The number of US legislators calling for the resignation of the governor of New York rose to 59 this weekend. Coming on top of the news of a cover-up of Covid-19 deaths at a nursing home, allegations of sexual harassment and bullying indicate Cuomo’s time in office may be up, even as he says he won’t resign.

New York Governor Andrew Cuomo says he was elected to his office and will not step down because of calls by officials. “I’m not going to resign. I was not elected by the politicians; I was elected by the people.” Cuomo started going from Covid hero to zero in mid-February, when it was revealed that he had suppressed numbers of Covid-19 deaths in nursing homes. This had come to light in a Zoom meeting on 10 February 2021  between members of Cuomo’s administration and New York State legislators.

“… We commend the brave actions of the individuals who have come forward with serious allegations of abuse and misconduct. Due to the multiple, credible sexual harassment and misconduct allegations, it is clear that Governor Cuomo has lost the confidence of his governing partners and the people of New York. Governor Cuomo should resign.”

Cuomo insists that he did nothing wrong, telling the media on Friday: “I did not do what has been alleged. Period. I won’t speculate about people’s possible motives… I never harassed anyone, I never assaulted anyone.”

He made it very clear that he would not be leaving his office and was eager to see what investigations into his behaviour would turn up.

“There are now two reviews under way. No one wants them to happen more quickly and more thoroughly than I do.”

One of the reviews Cuomo is referring to is the one launched on Thursday, 11 March, by state legislators. “The reports of accusations concerning a governor are serious,” said the Speaker for the State Assembly, Carl Heastie, in announcing that they had asked the judiciary committee to begin an impeachment investigation into allegations of misconduct against the governor, including sexual harassment and the Covid-19 nursing home deaths.

One of the claims levelled at the governor is from an aide in his office, who came forward last week saying that Cuomo had groped her in the executive mansion late last year. The as-yet-unnamed woman told the Times Union newspaper that Cuomo had aggressively groped her after she was called to the governor’s private residence to assist with a “‘technical matter”.

In February, two former aides, Charlotte Bennett and Lindsey Boylan, came forward. Bennett, who is now 25, had been an executive assistant and said Cuomo had in June last year asked her questions about her sex life, including if she had issues with intimacy as she is a survivor of sexual assault.

Bennett called her time in Cuomo’s administration “far and away the worst two years of my life”.

Thank you @rtraister — your piece is so accurate: demeaning nicknames; flirtation to control & humiliate; abuse & retaliation from top female aides; poorly managed operations paired with brute force to get anything done. The list goes on. Far & away the worst 2 yrs of my life. https://t.co/iA4H3PLJoN

She told the governor’s chief of staff about the disturbing conversation and was moved to another post – putting distance between her and the governor. Bennett said while Cuomo did not touch her, she understood “that the governor wanted to sleep with me” and “assumed it was the end of my job”.

Following these allegations, Cuomo had announced his innocence and called for an independent inquiry overseen by the New York State attorney-general Letitia James. James announced on 8 March that the inquiry would be led by Joon H Kim, a former acting US attorney-general and Anne L Clarke, an employment discrimination attorney. In a statement, James said, “We are committed to an independent and thorough investigation of the facts” and that New Yorkers will be provided “with the answers they deserve”.

After two accounts of sexual assault, four accounts of harassment, the Attorney General’s investigation finding the Governor’s admin hid nursing home data from the legislature & public, we agree with the 55+ members of the New York State legislature that the Governor must resign. pic.twitter.com/jV5dwtuVPr

Asked for comment during the White House media briefing on Friday, press secretary Jen Psaki would only say that President Joe Biden supports the New York attorney-general’s independent investigation and that every woman who accused Cuomo “deserves to have her voice heard”. DM