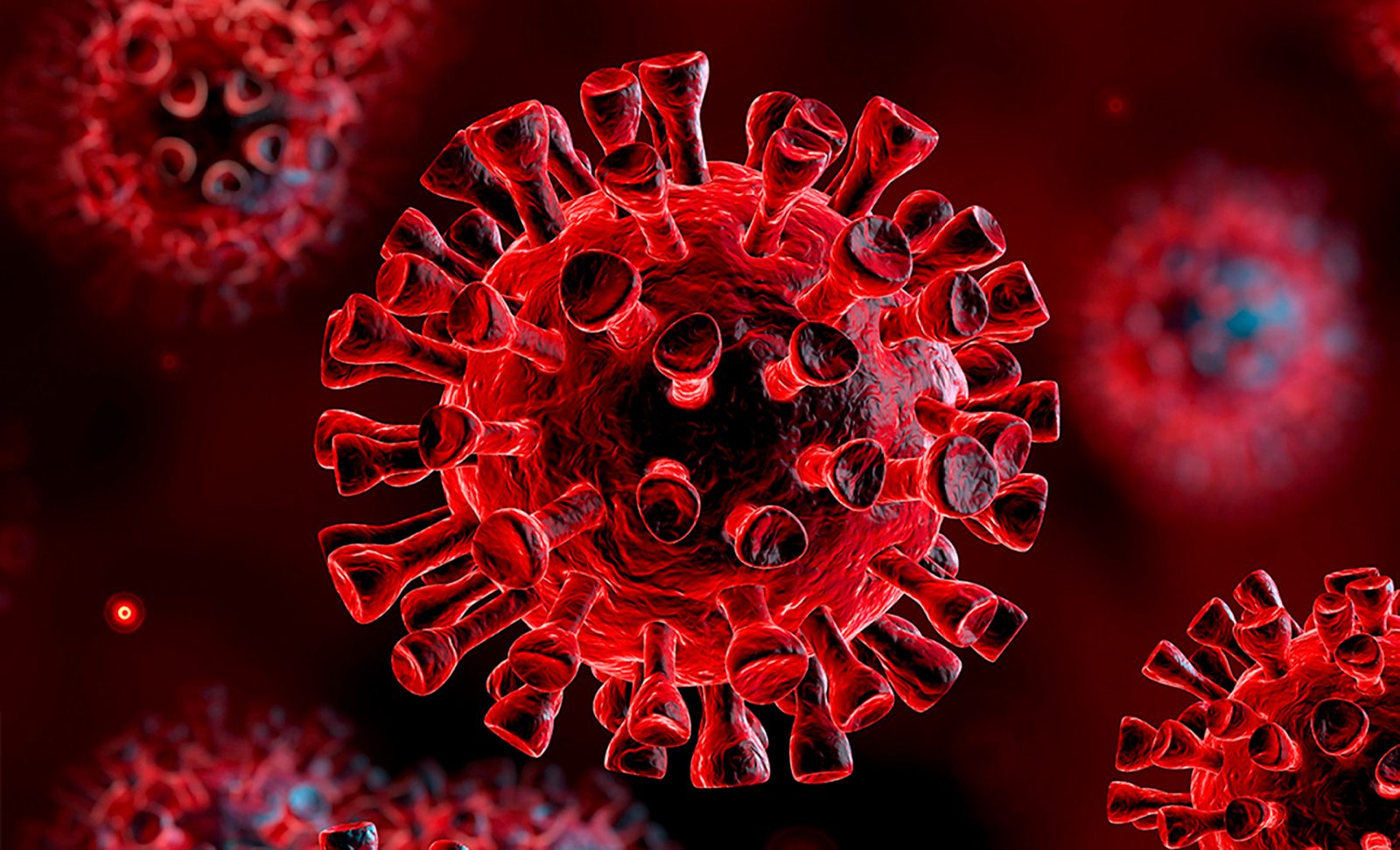 Be sceptical of any information that does not come from a credible scientific source. (Photo: thesouthafrican.com / Wikipedia)

As the Covid-19 pandemic continues to wreak havoc in our country, those who seek to cause confusion, chaos and public harm have powerful tools of mis- and disinformation to do just that. This week, as we continue to deal with the first anniversary of the first case in South Africa, we offer part two of our series of trends over the past year.

Week 4: Weekly trends — a year on, xenophobia and disinformation.

Through the Real411 platform, Media Monitoring Africa has been tracking disinformation trends on digital platforms since the end of March 2020. Using the Real411 platform, we have analysed disinformation trends that have largely focused on Covid-19. To date, more than 1,310 complaints have been submitted to the platform since March 2020, with relevant action being taken where necessary.

Racism, xenophobia, child abuse and gender-based violence are bad. It might seem an obvious statement, but after the events of the second week of March surrounding the Meghan and Harry interview, we know it isn’t just the royal family who are out of touch with reality. Apparently, the ones we should feel sorry for are poor Piers Morgan who “fell on his sword” thanks to “woke cancel culture”. Poor baby.

Afrophobic attacks against foreigners at the start of the week in Durban highlight very real consequences of xenophobia. Their focus in our media this week serves as an all-too-grim reminder of some of our worst trends concerning disinformation over the past year.

With the election of Trump in 2016, we saw the “#AmericaFirst” hashtag being introduced to help promote bigotry, and sadly, it’s still alive and well on social media.  It took a while longer for some of our local brain donors to adapt it to: “#PutSouthAfricansFirst”.

The use of it shows us at least two things. First, it might be one of the only times the right wing might be correct about the trickle-down approach to economics — and second, it demonstrates an absence of original thought. Be that as it may, it has been used as a tactic to disseminate disinformation, deepen divides and (they hope), stir civil unrest.

Those behind the social media campaign don’t just use Afrophobic tropes, they actively peddle disinformation, as seen in the example below:

How do we know what they are up to? Thankfully our partners, Centre for Analytics and Behaviour Change (CABC) and Digital Forensics Research Lab (DFRLAB) have done excellent work exposing and reporting on those behind the campaign.

It is clear that #PutSouthAfricansFirst isn’t some organic trending issue but it has clearly been orchestrated. This piece offers some great insight into orchestrated disinformation. It’s tricky to take a step back from your digital echo chamber, but with some clever technology, you can start to see what an organic, or normal spread of a hashtag looks like and what a coordinated one looks like.

In the spray chart below we collected just a few thousand tweets, from two weeks in February 2021, that used the #covid19 hashtag.  The hashtag is at the centre and then we can see all the posts around it in blue, by the users in red. The image looks a little like an eye with the iris at the centre. In this snapshot from February, loads of people are sharing and engaging, and it is hard to see who might be driving the conversation. Compare this then to the #PutSouthAfricansFirst image that follows. 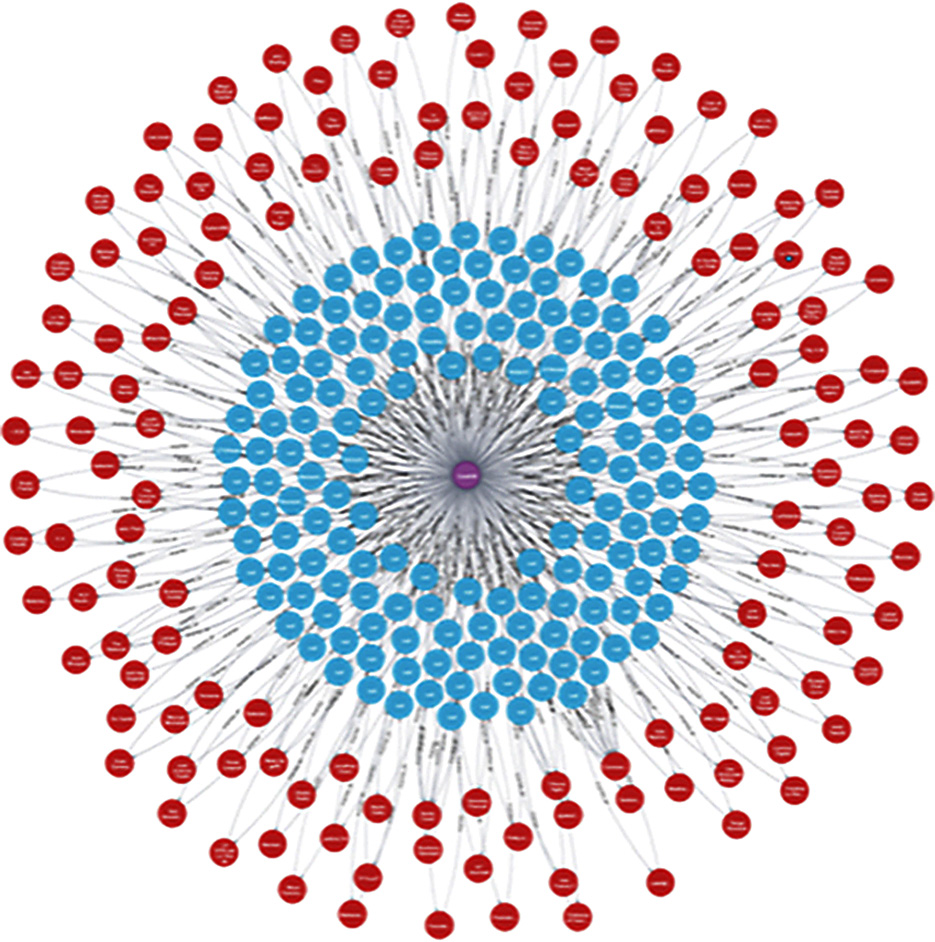 In the following image, we have again taken a snapshot from the last two weeks of February of a few thousand tweets, but this time based on the #PutSouthAfricansFirst. In this image, again, the centre is the hashtag. The posts around it are blue and the users are red.

What is clear from this image, that looks a little like a skull, is that there appear to be only a few users who are posting with the hashtag and driving the conversation. The biggest user appears to be at the bottom, like a big pimple on the chin where the large burst of blue posts emanates.

Then you have another two users toward the top of the head where the hairline might recede, or at ‘five to one’ in clock terms. Your final two users seem to be around the ears on either side. 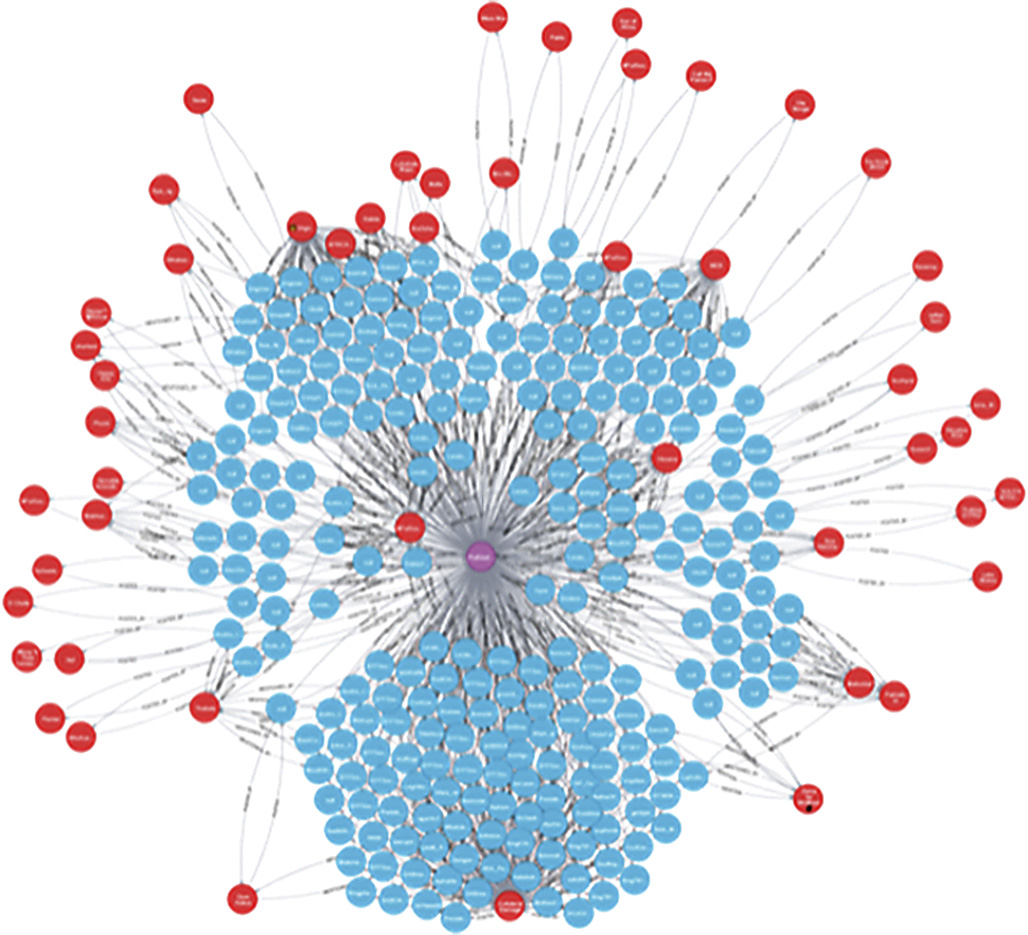 What we hope is clear from these snapshots is how one hashtag is driven by a range of users while another is clearly coordinated by a handful. As an ordinary Twitter user, you are unlikely to see the pattern of users; instead you might just be struck by how many posts there are on the hashtag.

How these trends are spread matters because one might be driven by diverse views and ideas while another is done to encourage particular views and spread ideas on something. When we look at the #PutSouthAfricansFirst posts not only are they Afrophobic but they also often perpetuate disinformation. Some examples of this are listed below: 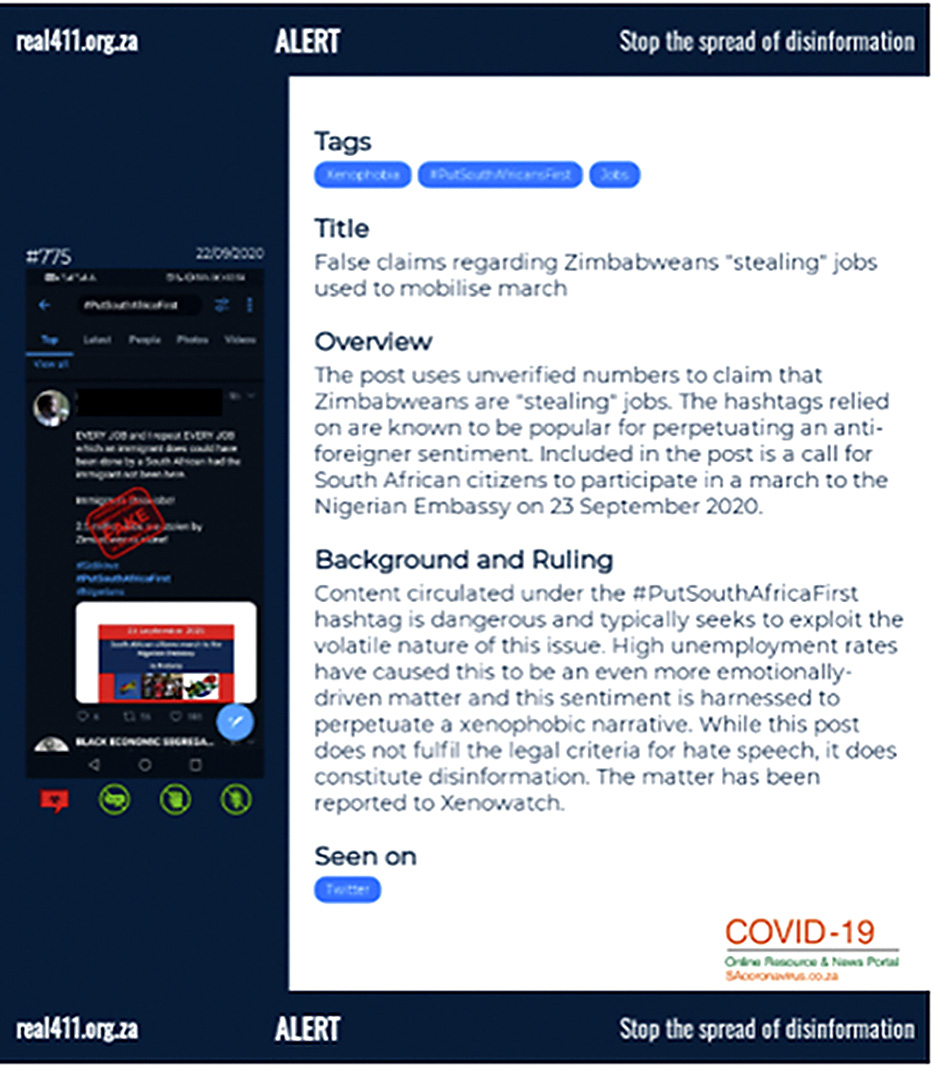 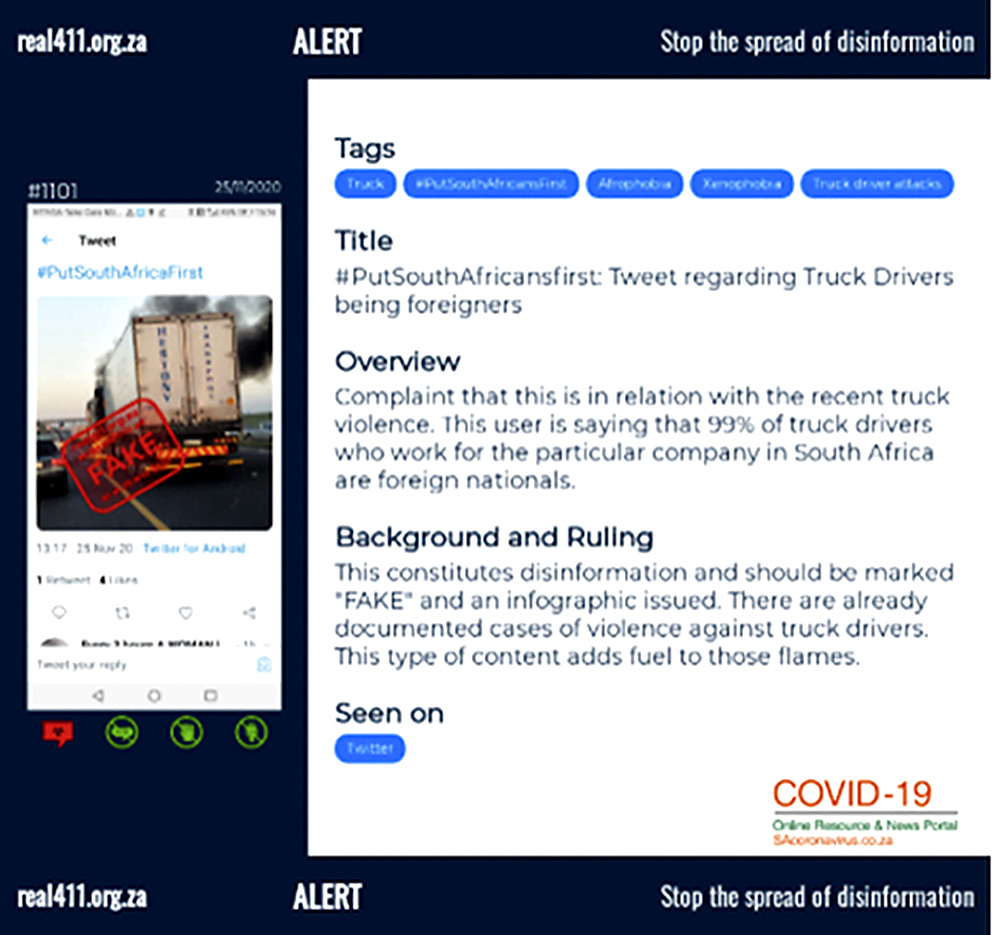 Tragically it isn’t just racism and xenophobia that are used in aid of disinformation; sexism and misogyny are common tools used to shut women down. Karima Brown, yet another victim of Covid-19, was outspoken and immensely controversial.

She was, in our experience, one of the most well-prepared media people. Karima would read up on policy, cases, articles and she knew the history and political context. It meant that her interviews were always fascinating, regardless of the subject or person being interviewed. Even as her memorial was held on 13 March, she was subjected to hatred and vitriol. A few weeks before she went into hospital, she had shared some of the latest attacks against her:

Karima was not silent, and she was hard on those she took on. Being in the public eye, a level of trolling is expected, but she was subjected to so much more than trolling, yet still she carried on. The vitriol hasn’t been saved for Karima — any woman on social media who voices her opinions on issues will be subjected to abuse.

Every woman journalist with whom we have engaged over the past year has been demeaned on social media. Rather than engaging with the issues they present, they are abused for their looks, fashion, hair and everything in between. They are threatened with physical and sexual assault and generally insulted. Of course, attacks on journalists aren’t limited to women only, but the nature of the insults and level of threat is overtly gendered.

The trend of using disinformation, beyond the usual tropes to attack women journalists, is less common but it is small solace for what remains an overt threat to our democracy.

It has been striking that aside from some bizarre examples — like the disinformation about doctors suggesting being vaccinated via the penis, the disinformation has been seemingly ungendered. The common trends we highlighted last week seem to take patriarchal power as a common point of departure.

Men, evil or otherwise, are default originators or holders of power, like Bill Gates, who wants to inject us with microchips. Or how about this recent example, complaint #1305, where in the video of seven “so-called medical professionals” who spout utter nonsense, five are men and two are women — around 29% of the voices.

Even the anti-vaxxer content, which suggests vaccines are made from aborted fetuses, fails to overtly link to condemning or opposing the pro-choice movement. The absence of overt gender focus in the disinformation about Covid-19 might lead to a conclusion that sexism and gender aren’t core to disinformation. We would argue otherwise.

In a paper looking at misogyny and misinformation by Maria Giovanna Sessa of the EU DisinfoLab, the author found that trends are similar to those we have seen in other areas of the media.

“The main takeaways from our analysis are:

In our initial assessment of the complaints to Real411, the absence of an overt gender focus in most cases we interpret as tacit in some cases, and direct support for existing patriarchal power. Knowing the differential impact of Covid-19 on women — and marginalised women in particular — those who spread disinformation, who ignore that inequality and who fabricate 5G conspiracies and the like are complicit in the perpetuation of misogyny. We will be doing more on this area soon as part of an exciting project. Watch this space.

Remember, if you come across content on social media that could potentially be disinformation, report it to Real411. To make it even more simple, download the Real411 mobile app. DM