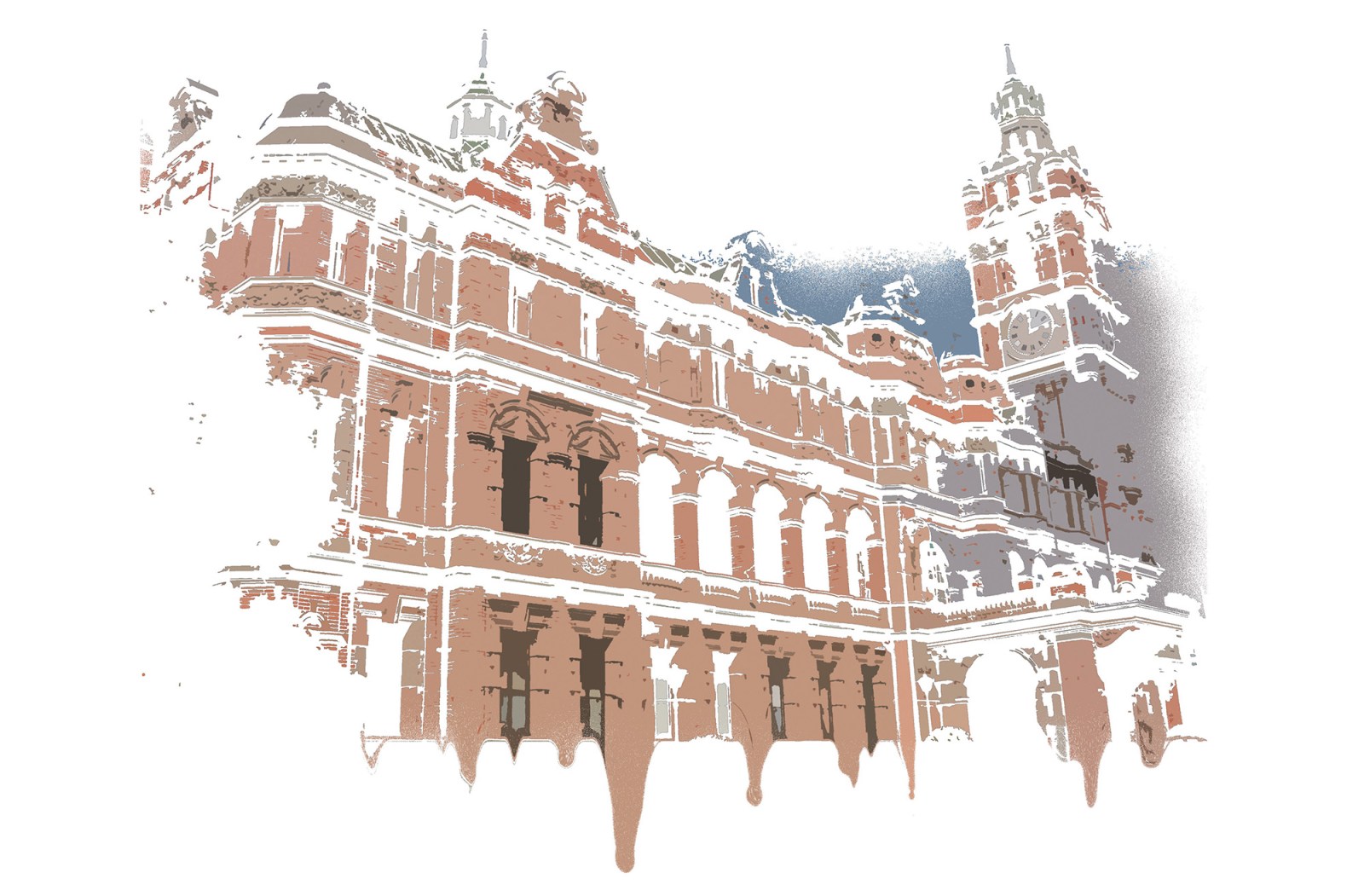 ‘The decay stops here and now!’ Pietermaritzburg and Midlands Chamber of Business is in a battle with the Msunduzi Municipality over the decay of the ‘City of Choice’.

The catastrophic failure of service delivery in Pietermaritzburg is a symptom of a much more pervasive malaise, that of a deeply rooted culture of economic sabotage at the Msunduzi municipality. The magnitude of the systemic plunder of municipal resources has left the Pietermaritzburg business community gobsmacked, says Melanie Veness, CEO of the Pietermaritzburg and Midlands Chamber of Business (PMCB).

“We never cease to be amazed at what emerges from the depths of the municipality’s workings,” she says. “Organised business here has seen it all.”

Veness’s words have a resonant ring, especially since the unearthing of 121 ghost workers at the municipality on 25 February. An enquiry has been launched to investigate for how long they were paid, and at what cost. Based on the R100,000 annual salary of an entry-level cost accountant at the municipality, the city could have blown R12-million in one year on nonexistent employees.

A leaked document shows that more than 21,000 electricity consumers with prepaid meters are not being charged for the power they consume in Pietermaritzburg.

The spreadsheet shows that the 21,193 non-payers are scattered throughout Pietermaritzburg. The spread of beneficiaries suggests the document does not relate to Eskom’s Free Basic Electricity programme aimed at poor households struggling to afford basic electricity costs. Prepared by Durban-based municipal revenue management company Contour Technologies “for internal use”, it is not clear to what purpose, or for whose attention, the report was destined.

At the time of writing, neither Contour nor the Msunduzi municipality had responded to repeated requests for comment.

The document gives credence to mounting evidence that the city has been captured by a ruthless plunder of resources, possibly going back a number of years, says Veness.

“To enable a scheme of this magnitude obviously requires the connivance of several people, all conspiring to rob the city of income, and feather their pockets,” she says.

A 2017 application to have properties rezoned on behalf of the Liberty Midlands Mall, partly owned by Liberty2Degrees, is still languishing over a dispute about compensation involving a deceased beneficiary and a prominent taxi personality.

Then there is the Msunduzi municipality’s management of the city’s landfill, a matter that is destined for the courts in a case brought by the Human Rights Commission of South Africa. The city argues that the matter should be struck off the roll because it has undertaken mitigation measures.

Critics of the dump’s management point out that the measures are of a short-term nature. One of the reasons for the municipality not implementing solutions previously propounded by industry experts is that some officials were sabotaging the process in the hope of benefiting from a future dispensation favourable to them. So says a waste consultant who had extensive dealings with the municipality’s waste department.

Of immediate concern to ratepayers and residents is the city’s degeneration of infrastructure. The city’s power woes are well documented, topped by the explosion of the Retief Street substation and subsequent outages. More insidious is the impact of continuous power interruptions on manufacturing companies, particularly those original equipment manufacturer suppliers to the Durban auto cluster. Located mainly in the Willowton industrial area, their counterparts in the Masons Mill and Mkondeni nodes suffer the same fate, says Veness.

“A company that loses almost 10 days in a month in the supply chain can’t survive,” she says.

“You first have to experience a crisis before the municipality will even bother to listen, then you have to deal with the hopeless service that stretches business to its limits.”

A common theme is poor, and in most cases no, maintenance and neglect of most infrastructure. The failure of basic road maintenance has left gaping potholes. Repeat commitments to fix the holes have been largely stop-go affairs that peter out. Not helping is anecdotal evidence of corruption in the awarding of pothole-repair tenders.

Refuse collection is a Russian roulette game – it may or may not happen, according to a torrent of outrage on social media. Last week black plastic bags festered in the heat for three days, ostensibly because only one of three dumpsters was working.

By far the most visible sign of the decay is the bedraggled entrance off the N3 to the city. A drive down Chief Albert Luthuli Road, past the city’s historic graveyards, is a woeful advertisement for the seat of government of KwaZulu-Natal (KZN). There is no escaping the politicised and fractious nature of the ANC council and, by extension, the municipality. Perhaps for that reason, KZN premier Sihle Zikalala, in his State of the Province Address on 26 February, tiptoed into the debate around the city’s decay.

“We are … concerned with slow progress in Msunduzi Local Municipality. While there has been progress on political and administrative management, progress has been slow and not felt in … issues such as provision of electricity and other services,” he said.

Zikalala proposed the deployment of “a strong technical team to support, improve and fasten implementation” in order “to restore the City of Choice to its former glory”.

But the reaching for short-lived interventions goes hand in hand with poor implementation, as a 2016 doctoral thesis by Lameck Manda pointed out.

Put differently, vowing to do more of the same for the past 10 years – during which time the city has been under administration twice – appears to be pandering to the cadres who want the status quo to remain intact.

In response, Zikalala’s spokesperson Lennox Mabaso pointed a finger at the Msunduzi municipality in what he described as “a work ethic that leaves much to be desired”.

Political and administrative changes had been made, Mabaso said, but improving matters at the Msunduzi municipality is a “work in progress”.

“The premier has summoned a war room to deal with Msunduzi,” said Mabaso. “He is serious about fixing it.”

Mabaso was ambivalent about private sector involvement, and said although co-operation with organised business through the PMCB was desirable, it’s not a panacea for a dispirited and obstinate workforce.

“Rubbish not collected and verges not cut are a bad job. They don’t need the private sector, they need to do their jobs.”

Mabaso’s comments did not inspire confidence in Veness. “With a rising debt trajectory, at R507.9-million halfway through the 2020/21 financial year, off a debt of R722.9-million in 2019/20, we need more than just placatory assurances,” she says.

The PMCB has given the Msunduzi Municipality an ultimatum: work with us to fix the city, or take your chances in court. Veness said organised business had a clear mandate to pursue a legal route and that “recently established judicial precedent” may well compel the municipality to fix the infrastructure within a specified time.

Like in the Kgetlengrivier Local Municipality, where the residents association took charge of the sewage works, the outcome may also see the private sector being handed the responsibility of repairing and operating infrastructure in Pietermaritzburg. This might have popular appeal, but it may not be in the city’s best interests, warns Veness.

“It certainly is an option, but first prize would be to achieve the desired outcomes without the acrimony, uncertainty and cost of a lawsuit, and by agreement,” she says.

For starters, the PMCB wants to see less talk and more action. It also stands firm against service tariff increases and demands reliable, quality services in electricity, water and sanitation, waste and billing.

Organised business proposes working groups with professionals from the private sector and management within the municipality to assess maintenance and available skills, develop an action plan and budget its implementation. Time is of the essence, says Veness; a workable plan is expected to be presented to PMCB members by 31 March.

“A line is being drawn in the sand. This is our city, where we have invested our all, and the decay stops here and now,” she says.

There is a ray of hope after a tense virtual conference between the Msunduzi Municipality and organised business over proposed service tariff increases ended with a resolve to work together. At first accusing Veness of “politicking”, municipal manager Madoda Khathide later asked the PMCB to submit a plan on the private sector’s proposal to assist the Msunduzi municipality with capacity in its challenges. DM168