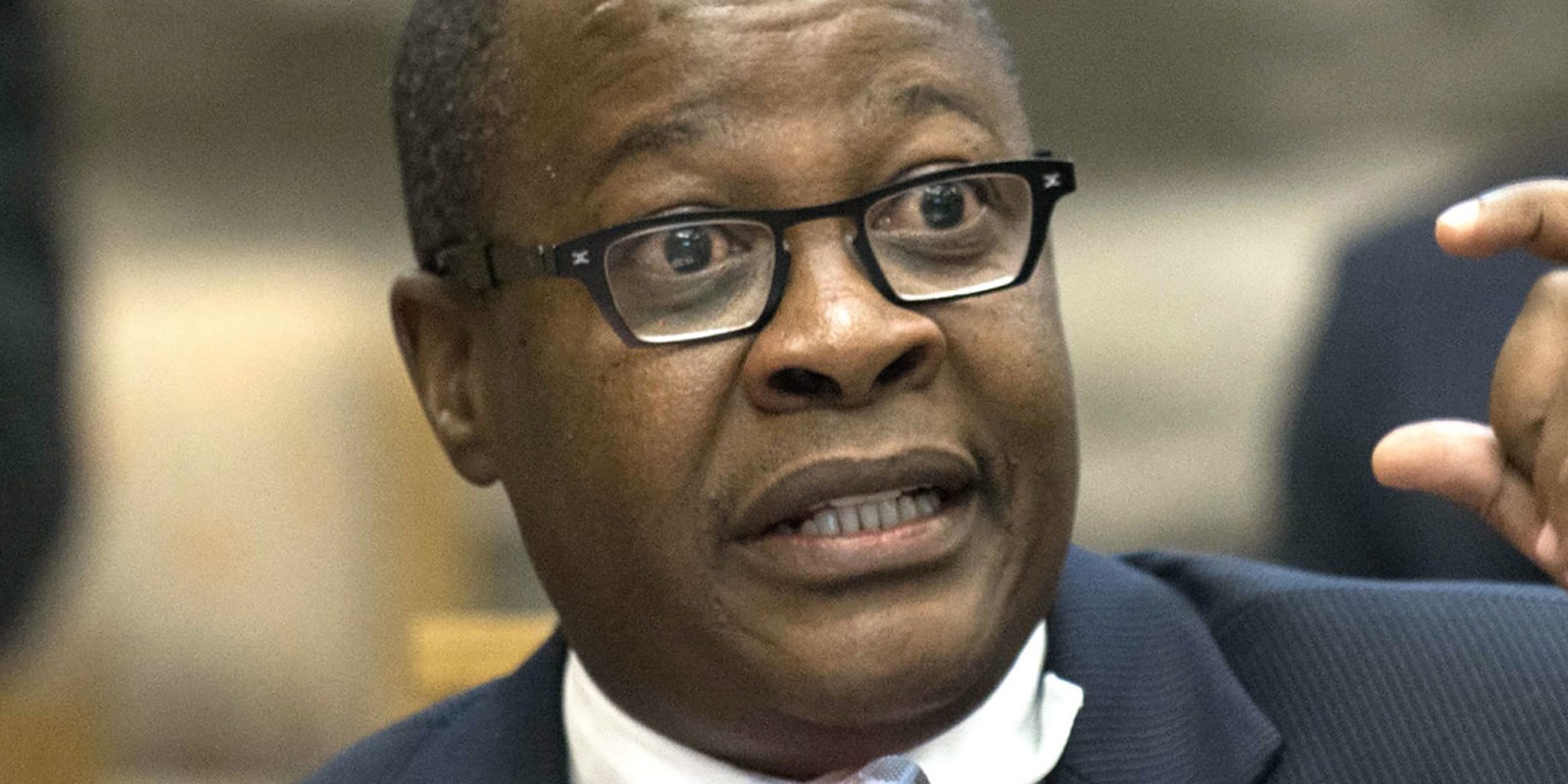 The Guptas treated Eskom and Transnet as cash cows and Brian Molefe led both companies during their State Capture project. Testifying at the Zondo Commission, Molefe denied he was complicit. We unpack some of his most controversial comments.

‘I’m here because I refused to sign that R450 agreement’

Glencore’s Optimum Coal Mine (OCM) had illegally proposed raising its coal price for Hendrina power station from R150 to around R450 per tonne but refused to pay R2-billion in penalties to Eskom, Molefe claimed, calling the deal “preposterous and illegal”.

When Molefe was refusing to bow to the “medieval robbers” in 2015, Optimum’s former chairperson and shareholder Ramaphosa was chairing the state’s Eskom war room. Molefe suggested Ramaphosa tried to influence the negotiations in Glencore’s favour and, having failed, the company conspired to paint Molefe as a Gupta stooge.

He had no evidence to show Glencore had waged a vendetta against him and no facts to back up his comments on Ramaphosa, who sold his stake in Optimum in 2014. The evidence shows Molefe’s hard line on Glencore forced OCM into business rescue while the Gupta family’s Tegeta Exploration & Resources were vying to buy the mine.

When Molefe arrived at Eskom in April 2015, the board asked him to assess the proposed agreement to raise OCM’s coal price. Glencore was in a hole after buying OCM in 2012, inheriting a fixed, below-cost coal price.

Meanwhile, Eskom executives Anoj Singh and Matshela Koko and then mineral resources minister Mosebenzi Zwane were allegedly working to help Tegeta purchase OCM on favourable terms by exacerbating the crisis at Hendrina and pushing to fund the acquisition through a prepayment deal.

Molefe was in hospital when Eskom agreed to fund the Guptas’ purchase of OCM but the then public protector, Thuli Madonsela, found he was in regular contact with the Guptas and their employees throughout the negotiating period.

Molefe’s inexplicable refusal to sign the R450 coal agreement did lead to his appearance before Zondo, but not because Glencore and Ramaphosa waged war against him.

R54bn for 1,064 locomotives was the market-related price

Molefe told the commission that Transnet’s R38.6-billion estimated total cost (ETC) to buy 1,064 locomotives was set intentionally low to start negotiations with bidders at a reasonable price,  the price Transnet negotiated with suppliers – R54-billion – was what mattered.

Molefe admitted his submission for the board’s approval in 2014 of the R38.6-billion ETC was misleading: it stated that it excluded foreign exchange rate hedging and escalation costs – when, in fact, those figures were incorporated. When Molefe went back to the board to approve the R54-billion, he said 59% of the R15-billion increase was the result of adding foreign exchange hedging and escalation costs. He did not seek ministerial approval for the increased cost, as required.

Expert witness Alister Chabi, who analysed the deal for MNS Attorneys, said those costs could have reasonably increased from R38-billion by 11%. Another expert witness estimated similar costs. A Werksmans Attorneys analysis said Molefe’s explanation was “neither credible nor reasonable”.

Molefe dismissed such analyses, claiming their authors were unprofessional and misunderstood how such valuations worked.

But amaBhungane has reported that Gupta shelf companies were promised R9-billion from various Transnet locomotive procurement deals, and the commission heard how Gupta lieutenant Salim Essa’s Tequesta was promised 21% of Chinese rail manufacturer CSR’s revenue from the 1,064 locomotives deal in exchange for securing the contract.

Molefe claimed the locomotives contracts were legitimate, but the gap between the ETC, accounting for a slight increase, and the R54-billion aligns with evidence on the funds the Guptas are alleged to have scored from the deal.

“My career does not need exogenous factors. I can quite well take care of myself. With the experience, training and education that I have, I can survive anywhere,” Molefe told the commission, refuting claims the Guptas boosted his career.

Molefe was a deputy director-general at National Treasury before he took over the Public Investment Corporation (PIC), which he left in 2010. With multiple degrees and vast experience, he enjoyed favourable coverage in the media and could have had his pick of jobs, but his career somehow became closely linked to the Guptas.

In December 2010, on its second day of publishing, the Gupta-owned The New Age reported that Molefe would be appointed Transnet CEO. He was appointed in February 2011. Nick Bester, a former executive at Canadian engineering company Hatch, testified that he met Essa in 2014 and Essa said Molefe was going to be appointed Eskom CEO, which also came to pass.

Former deputy finance minister Mcebisi Jonas has testified that in a meeting with Duduzane Zuma, Fana Hlongwane and a Gupta brother, now known to be Tony, Gupta said Molefe had co-operated with the family and was “well taken care of”. The younger Zuma and Hlongwane have denied Jonas’s account.

Then there’s the story of former president Jacob Zuma’s attempt to make Molefe finance minister. Zuma’s 2016 appointment of Des van Rooyen, who arrived at the Treasury with Gupta associates, lasted only days. Molefe was parachuted into Parliament in 2017 and ANC officials Gwede Mantashe, Zweli Mkhize and Jessie Duarte have told the commission Zuma wanted to make him finance minister. Molefe resigned from Parliament after three months amid the outcry over Zuma’s alleged plan.

Molefe said he wasn’t concerned that the Guptas and their associates, The New Age and Zuma had seemed to plot his career course without his knowledge. He said he was never approached about becoming finance minister and if he followed up on every mention of his name “you’ll spend your life investigating, running down rabbit holes”.

Evidence leader Anton Myburgh SC said perhaps Molefe, with his experience and qualifications, didn’t need the Guptas but maybe they needed him. “I don’t know, chairperson. I don’t know that the Guptas needed me,” he responded.

Molefe resigned from Eskom after the then public protector, Thuli Madonsela, detailed the extent of his relationship with the Guptas in 2016.

“I feel that I was done in by the public protector, the person that was supposed to protect me from this onslaught that happened,” he told Zondo. “The public protector has come to a conclusion without due process.”

When Madonsela published her report, on her last day in office, she made it clear she couldn’t finalise her investigation because of time and money constraints. The report made observations rather than findings and tasked a commission of inquiry to probe further.

Molefe was given a chance to put his version to Madonsela, but it appears he wasn’t given the chance to comment on an interim report, as is the norm for parties implicated in reports from the Chapter 9 institution.

‘No one has implicated me in wrongdoing’

Molefe is fond of a quote he attributes to Madonsela: “The fact that a person is known to be a goat thief, it does not mean that when you see him next to a herd of goats that he has stolen the goats.” That he was close to the Guptas doesn’t mean he was corrupt.

“Is your sense that you haven’t even been implicated in wrongdoing?” asked Myburgh this week, citing the commission’s rule 3.3 notices sent to Molefe notifying him witnesses had implicated him.

“I can’t recall that any one of them implicated me in wrongdoing. They talked about me,” Molefe responded.

At Transnet, Molefe signed deals with Gupta-linked company Regiments that weren’t subject to a competitive bidding process and didn’t materially benefit the SOE. Half of those funds have been shown to have been laundered by Essa. Molefe agreed to pay billions more than the estimated costs for the 1,064 locomotives programme, also laundered by Gupta fronts. At Eskom, his position on Glencore was the catalyst for Tegeta’s purchase of Optimum.

All the while, he was in close contact with the Guptas, who are alleged to have said Molefe was in their pocket. He has stressed that he never intentionally furthered corruption or money laundering, that the decisions he took were on advice from trusted colleagues, and he disputes evidence that his actions were detrimental to Transnet or Eskom.

Molefe’s driver never saw him receive money from the Guptas but said Molefe would go to meetings with his backpack, the same one he brought to the commission, and once saw it half-full of rolls of R200 notes. Molefe dismissed the claim. He did, however, say he occasionally asked his driver to make cash deposits, which the driver said ranged from R5,000 to R20,000. Molefe claimed the deposits related to his position as treasurer of a burial society. DM168